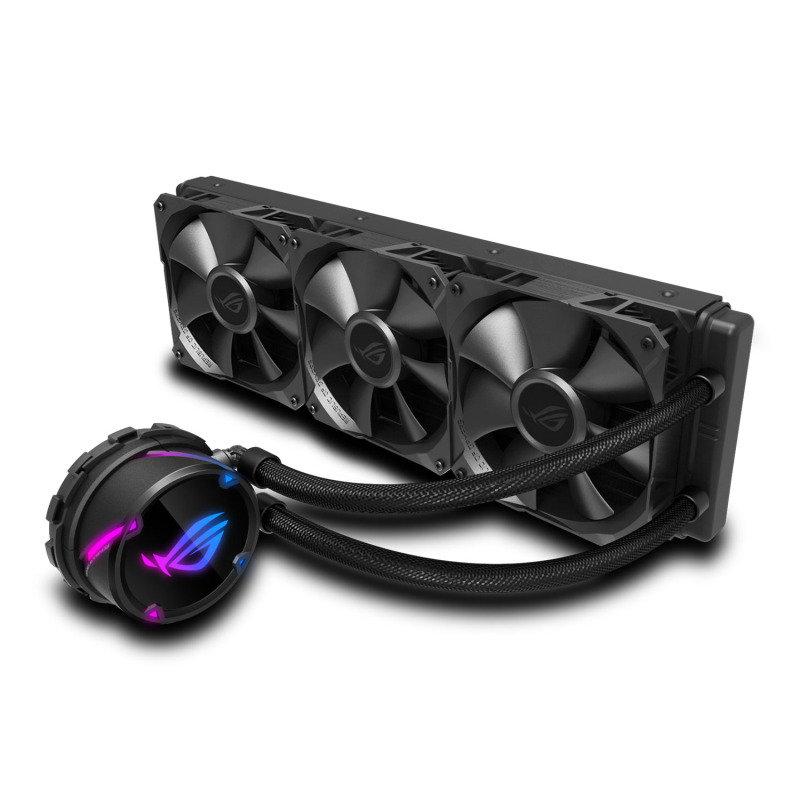 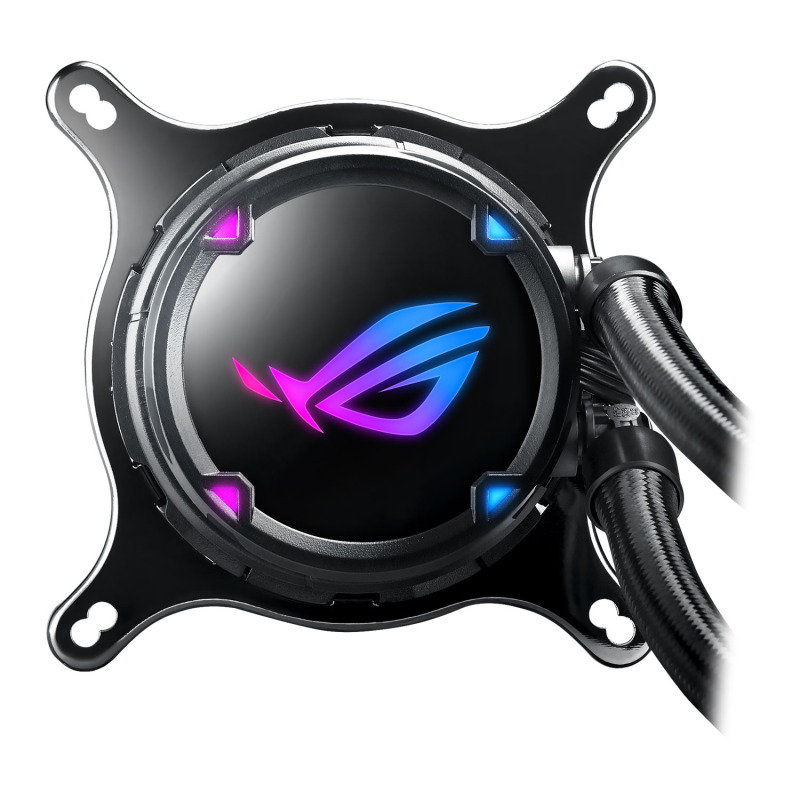 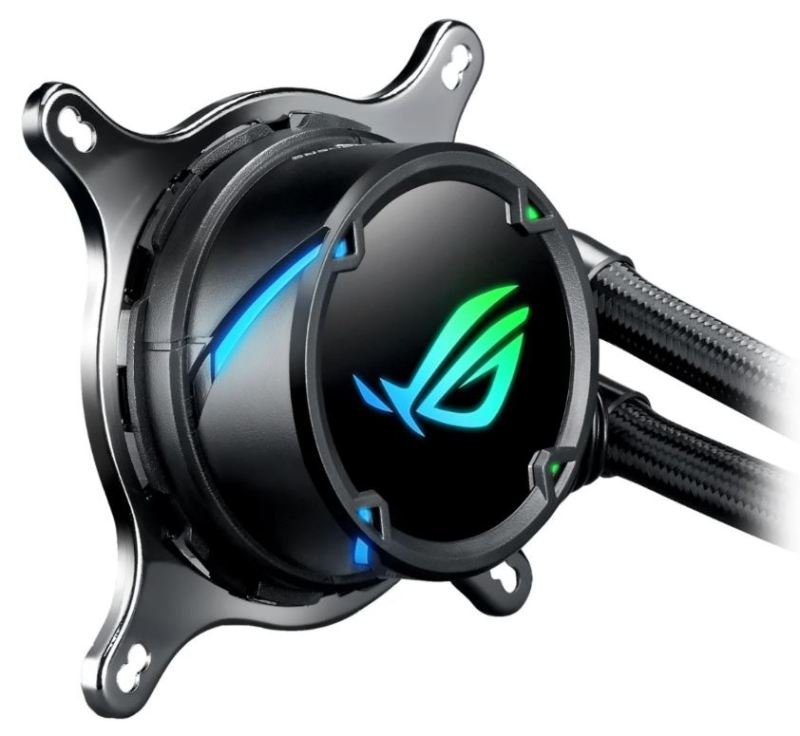 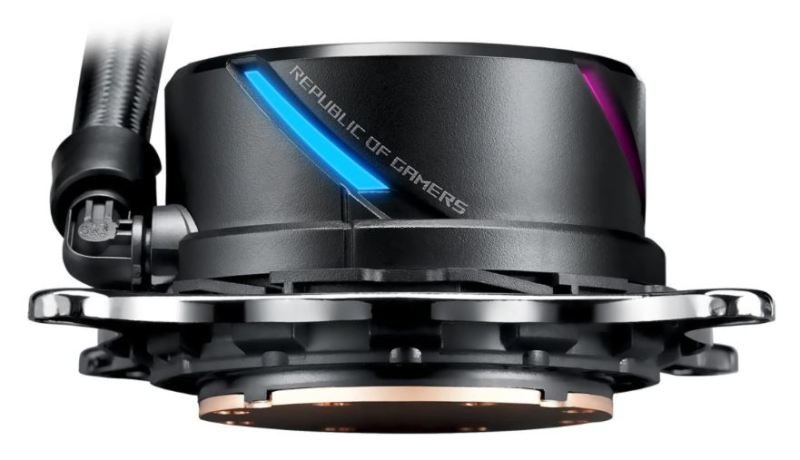 The ROG Strix LC series offers high-performance CPU liquid coolers to complete your build, and this LC 360 water cooler comes with triple ROG Designed 120mm radiator fans. As the first CPU coolers from ROG, the LC series offers the performance, features and aesthetics you'd desire. It features a customizable illuminated ROG logo on the front that can be configured via ASUS Aura Sync with a wealth of RGB lighting effects, along with an optimized fan to deliver fantastic performance. Use this incredible cooler with both AMD and Intel CPUs, with the 38mm of fortified tubing making cable routing easier than ever.

COOL TO THE CORE

The ROG Strix LC 360 features the iconic ROG logo and slash-cut patterns on the pump to house all the glowing RGB lighting. Add a vibrant burst of colour with AURA SYNC RGB to let the heart of your build shine. The lighting colour and effects can be customized to match your system's colours for a unified and totally unique look.

COMPATIBLE WITH YOUR PREFERRED MOTHERBOARD

The ROG Strix LC series is compatible with a huge range of both Intel and AMD motherboard platforms, giving you the versatility to pair it with your choice of processor. It also comes fitted with 38cm of tubing to make mounting and routing easier than ever.