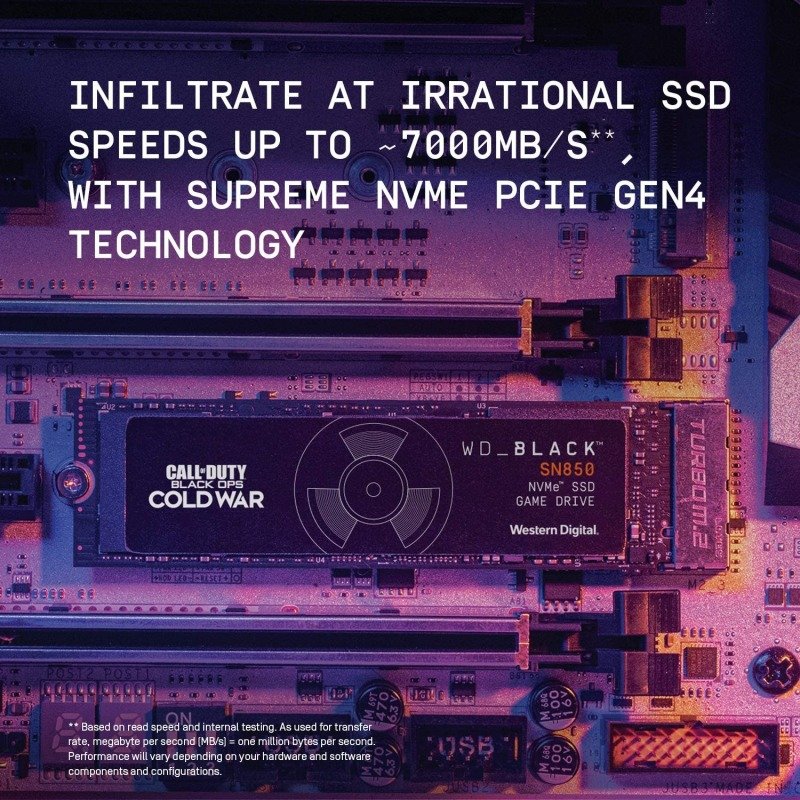 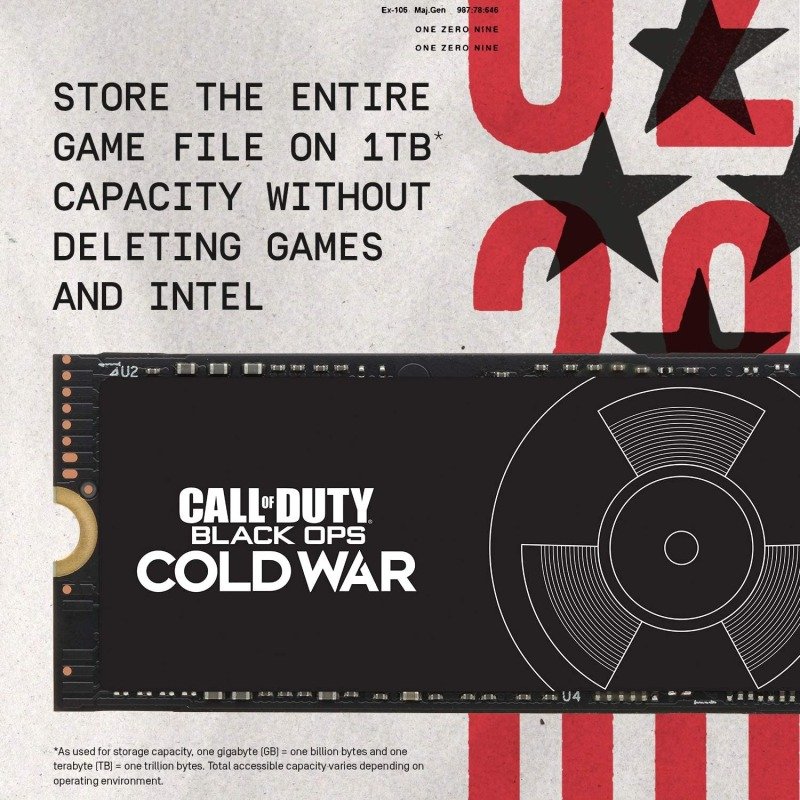 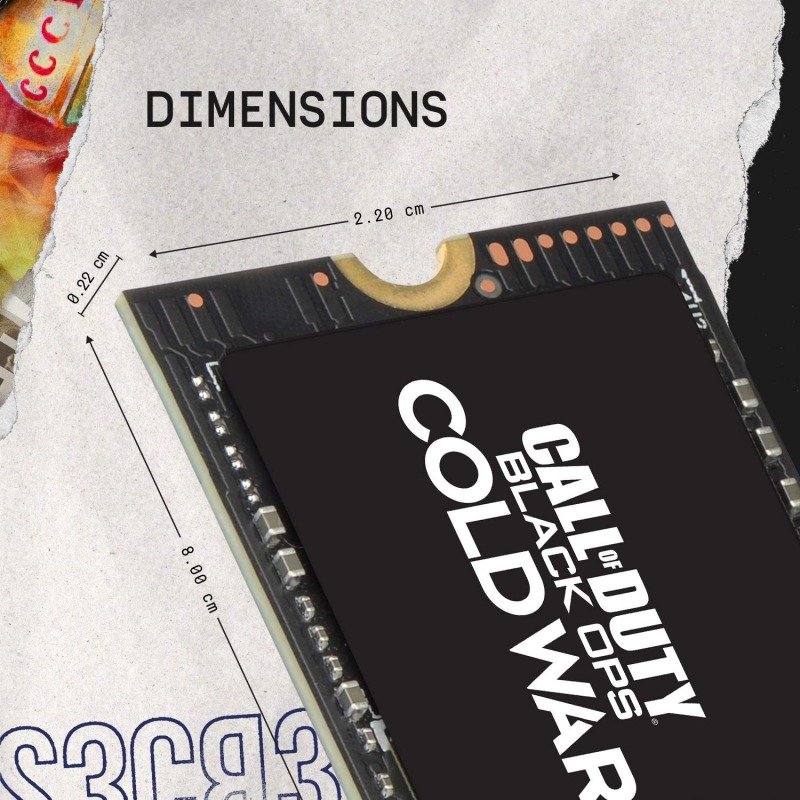 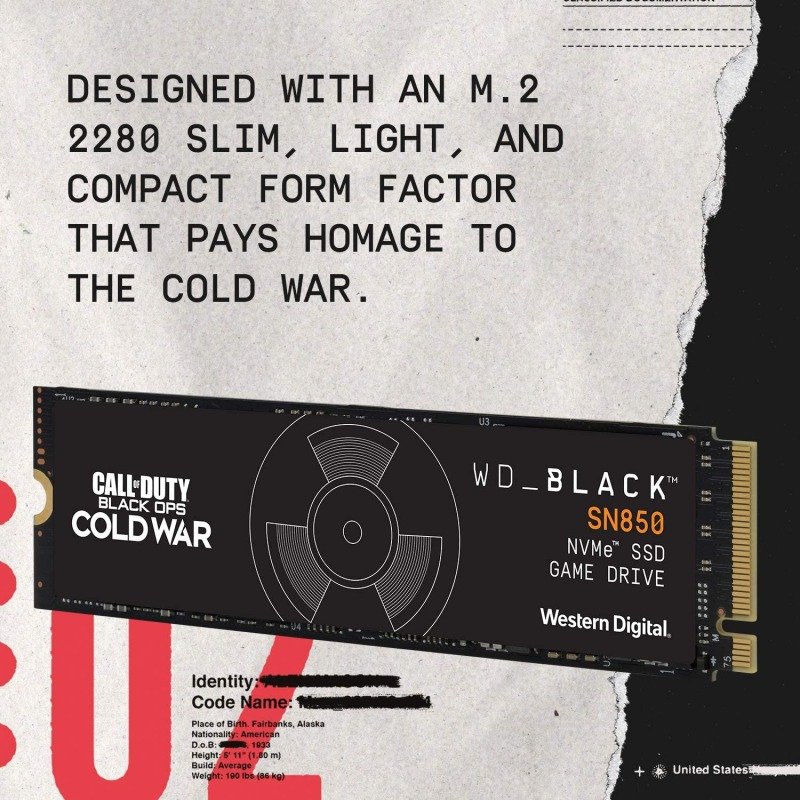 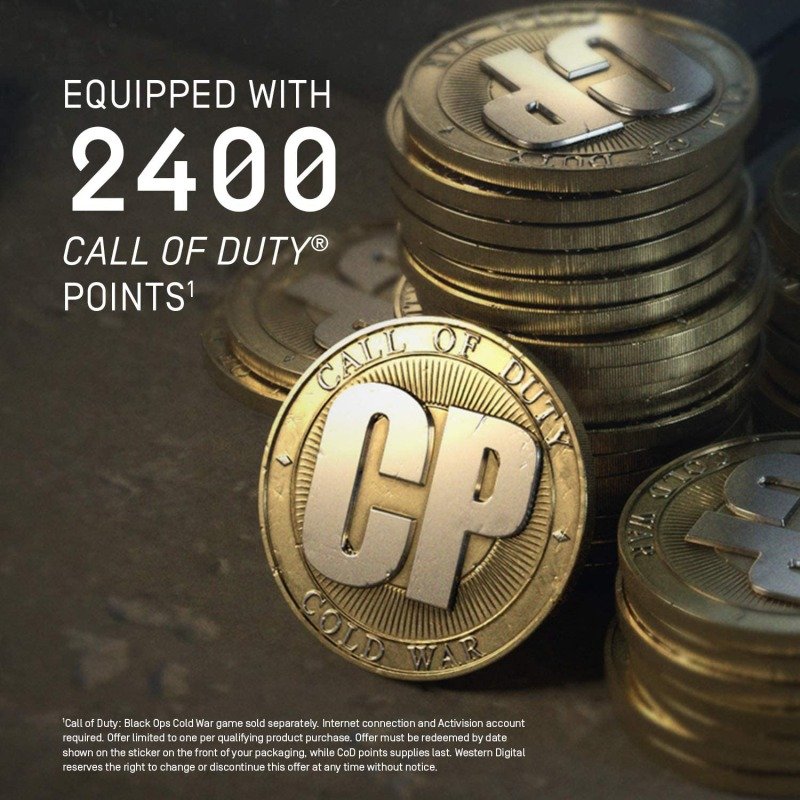 Frag all limits with a drive built to store one of the most anticipated games of the year. Store more with up to 1TB1 capacity, giving you room for more games and future updates. Reduce load times with an irrationally fast PCIe® Gen4 SSD (not intended for NAS or server environments), read speeds up to 7,000MB/s2 and 2400 Call of Duty® Points.5

IRRATIONAL SPEEDS FOR AN INCREDIBLE MISSION

Frag all limits with a drive built to store one of the most anticipated games of the year, featuring an irrationally fast PCIe® Gen4 SSD (not intended for NAS or server environments) and 2400 Call of Duty® Points.5

STORE THE WAR AND THE MISSIONS TO COME

Store one of the most anticipated games of the year on 1TB1 capacity, with room to store future updates so you don't have to delete games or intel from your console.

Reduce long load times with irrational speeds up to ~7000MB/s2, giving you supreme PCIe® Gen4 technology (not intended for NAS or server environments), so you reduce lag out while behind enemy lines.

LEVEL UP YOUR BLACK OPS EXPERIENCE

This drive comes equipped with 2400 Call of Duty® Points5 to put toward the purchase of Battle Pass, which contains powerful weapon blueprints, tactical gear, and accessories for any type of Operator to unlock.

TAKE CONTROL OF THE MISSION

Monitor the health of your drive with the WD_BLACK™ Dashboard, allowing you to control and customize your gaming experience.4

Covertly designed with an M.2 2280 slim, light, and compact form factor to easily slide into your M.2 slot on your motherboard.

MADE TO SURVIVE EVERY MISSION

Engineered and built with Western Digital 3D NAND to give you the reliability and endurance needed to sustain pro-level performance and accomplish the most dangerous missions.