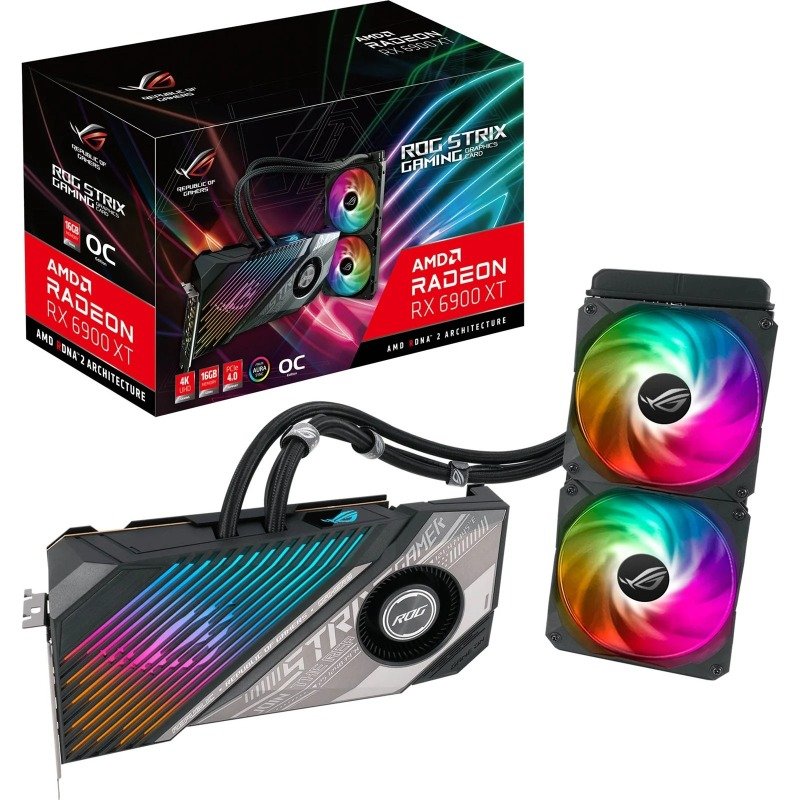 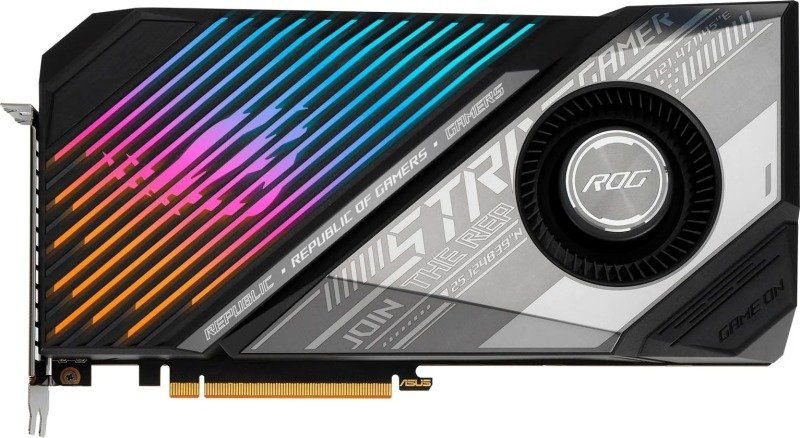 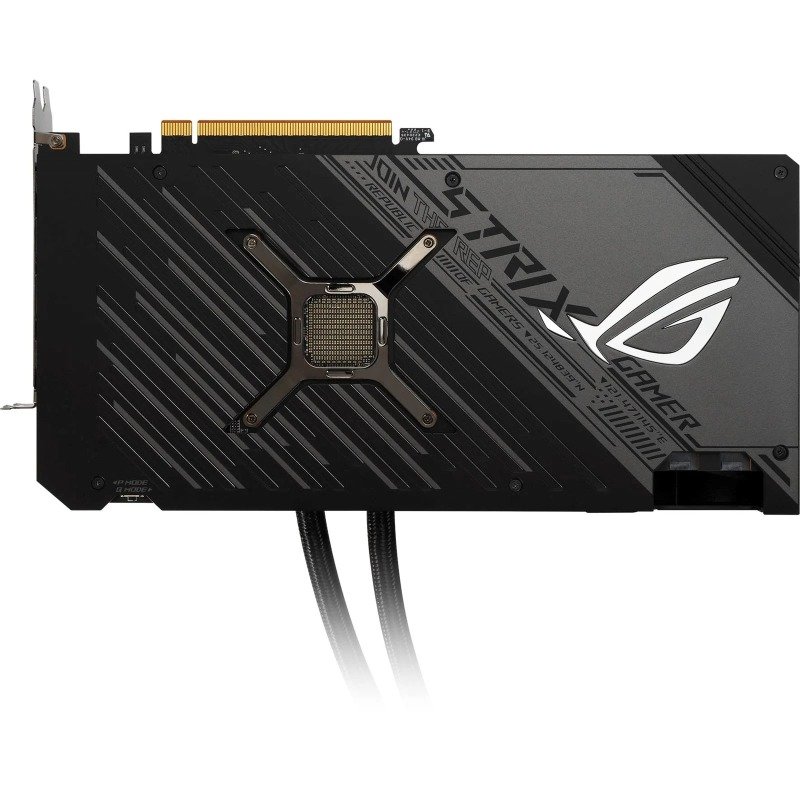 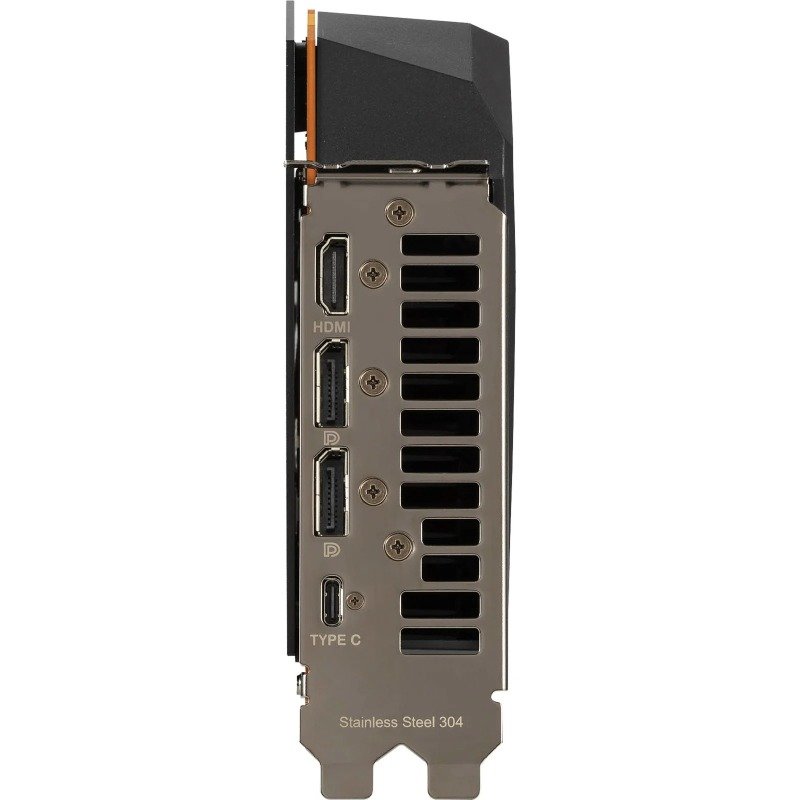 LIQUID-COOLED LEVIATHAN
Deep in ASUS R&D labs, engineers theorized the optimal thermal solution for AMD's latest RDNA™ 2 Architecture. The beast that emerged is a liquid-cooled leviathan capable of drawing maximum performance out of the new chips, while remaining completely cool and quiet. Performance aficionados in search of the most ferocious RX 6900 XT card have found their game.

CLEVER COMPATIBILITY
The LC utilizes 600mm tubing to enable compatibility with large chassis or builds that feature an AIO CPU cooler. The radiator fan cables can be connected directly to the card and secured with included cable ties to keep everything organized.

AURA SYNC
You won't find the Strix LC hiding in the shadows. Instead, this denizen of the deep flaunts its power with addressable RGB lighting that shines through striations in the shroud, an illuminated ROG logo, and two ARGB radiator fans.