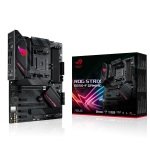 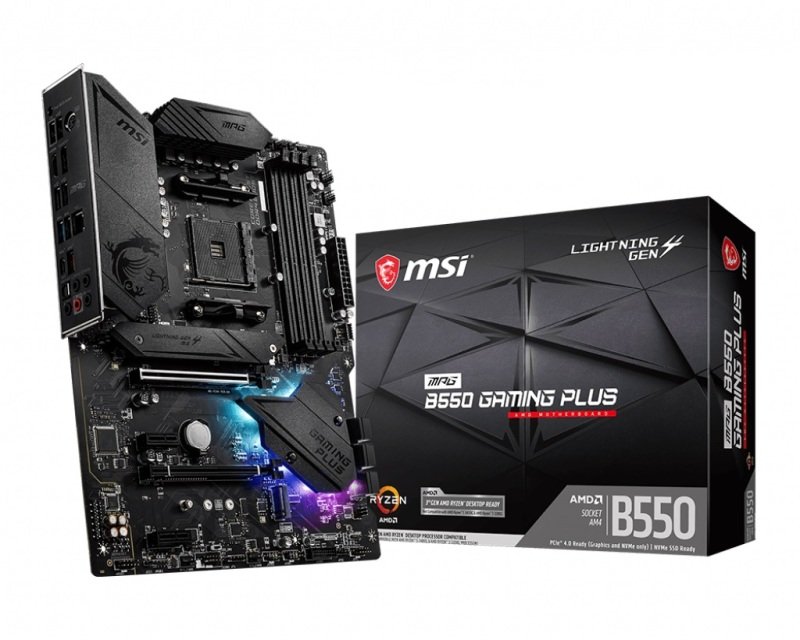 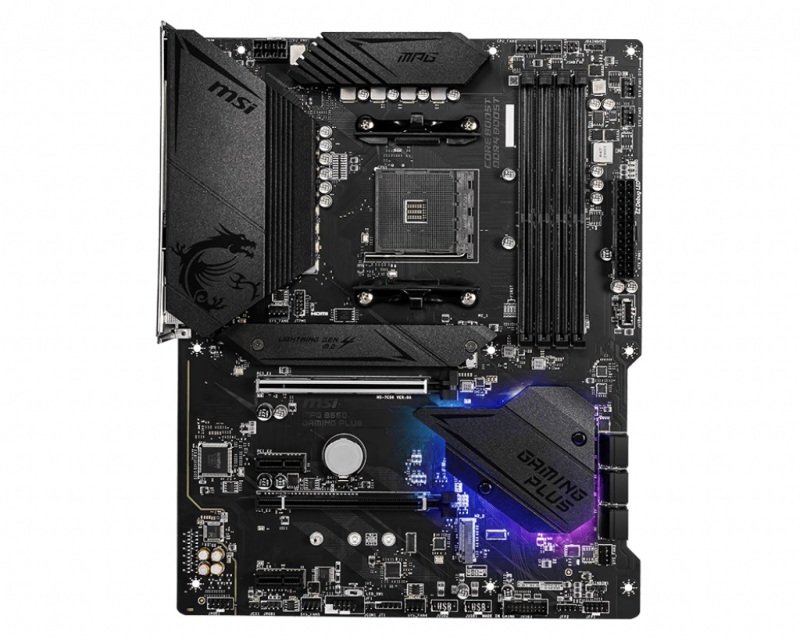 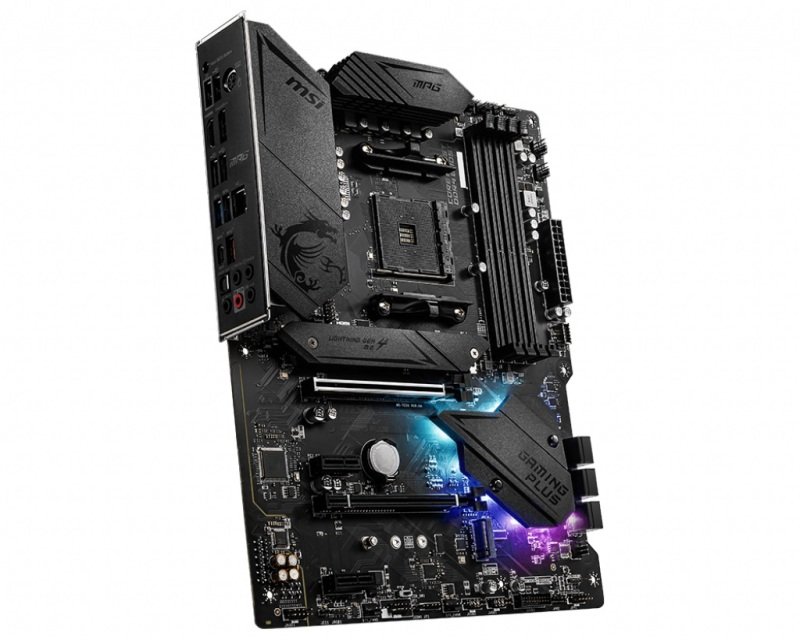 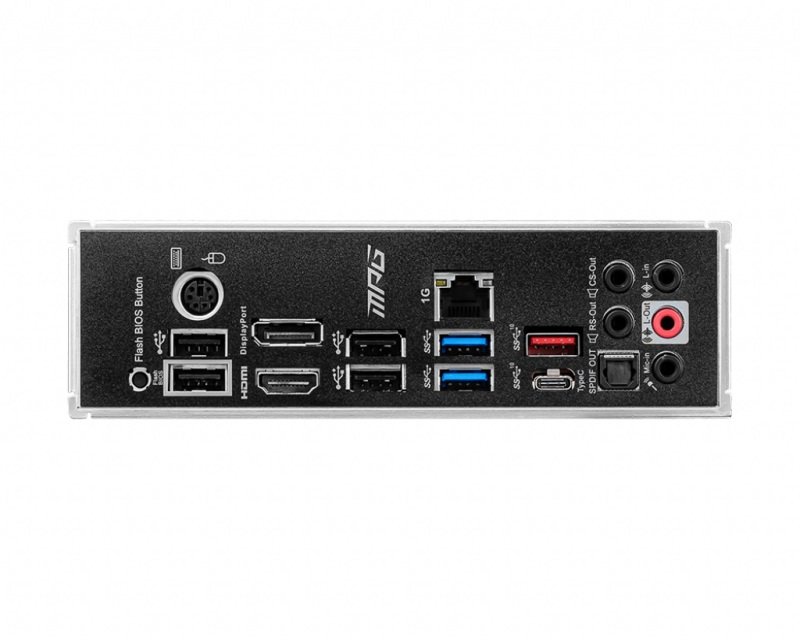 Introducing the all new MPG B550 Gaming PLUS Motherboard from MSI. Express yourself with the latest addition to the MPG series of motherboards. The MPG B550 Gaming PLUS supports 3rd Gen AMD Ryzen Processors and with the addition of PCIe 4.0 technology you can expect a lightning fast gaming experience plus with Wi-Fi 6 you have access to next generation networking which is up to 3x faster than it predecessor. Experiment on another level of personalization with a front LED strip that provides convenient in-game and real time notifications and with MSI Mystic Light gain access to 16.8 million colours and 29 different LED effects, transform your equipment to be the centre of attention and top competitive leader-boards in style.

The MSI MPG B550 Gaming PLUS is back with an updated and aggressive VRM design that will allow your 3rd generation AMD Ryzen processor to reach and sustain maximum performance, built with a 10 Duet Rail Power System and combining this with MSI exclusive core boost technology means the MPG series motherboards are ready to sustain heavy daily loads.

The MSI MPG Gaming PLUS features a pre-installed I/O shield to make installing your motherboard simpler and safer and also protects your I/O ports from electrostatic discharge damage and with an all-metal extended heatsink with additional 7W/mk thermal pads to enlarge the surface area you can also expect more efficient heat dissipation allowing your 3rd generation AMD Ryzen CPU to perform as it should.

Core Boost technology combines MSI's premium layout and full digital power design which allows for faster and undistorted current delivery to the CPU at pin-point precision. Not only supporting multi-core CPU, also creating the perfect conditions for your CPU. MSI B550 motherboards are optimized to maximise the performance on the 3rd Generation AMD Ryzen processors. Choose MSI and unleash the full potential of your system through optimized PCB and power delivery design with load line calibration.

MSI lightning Gen 4 PCI-E is the latest and the fastest PCI-E data transfer solution with 64GB/s of unidirectional transfer bandwidth that has doubled compared to its previous generation. PCIe 4.0 maintains both backward and forward compatibility with older and newer specifications. Optimised by steel armour design and server grade PCB, you can enjoy next-gen devices without any compromise.