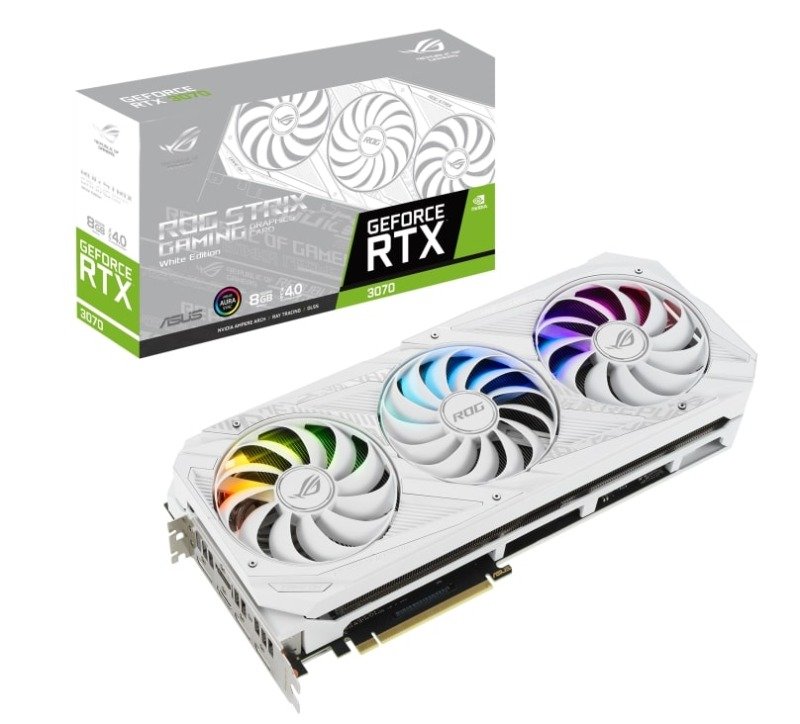 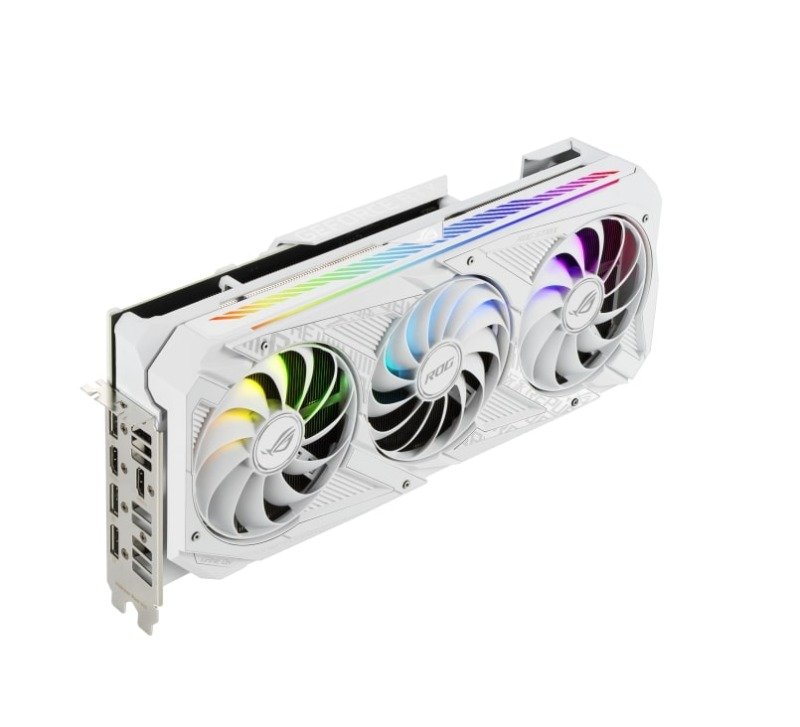 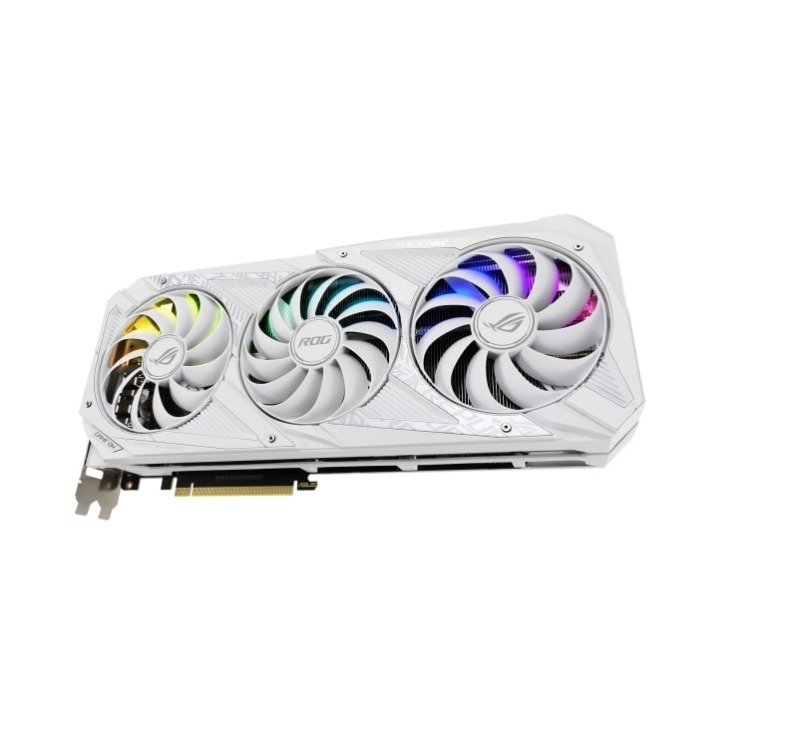 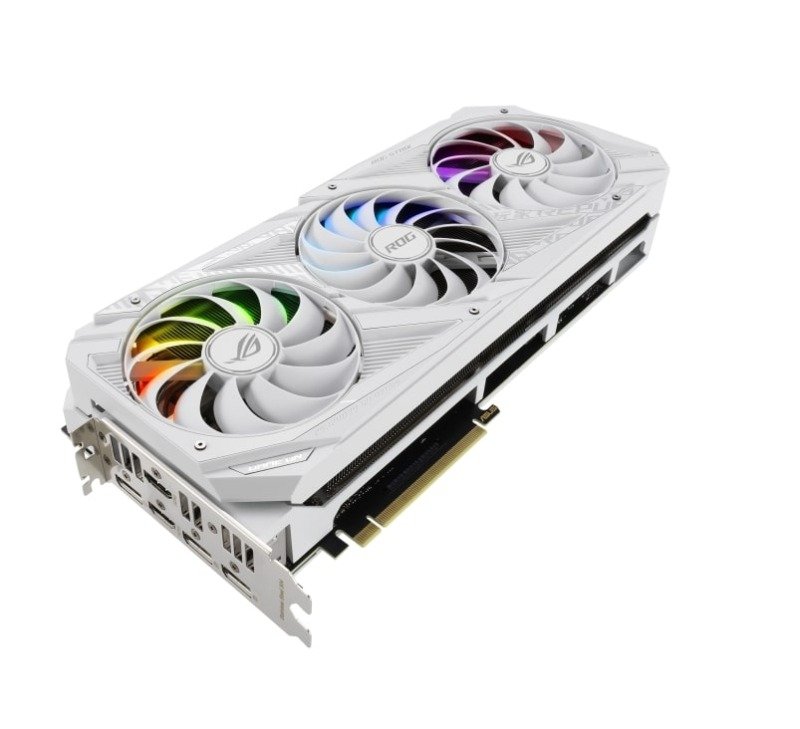 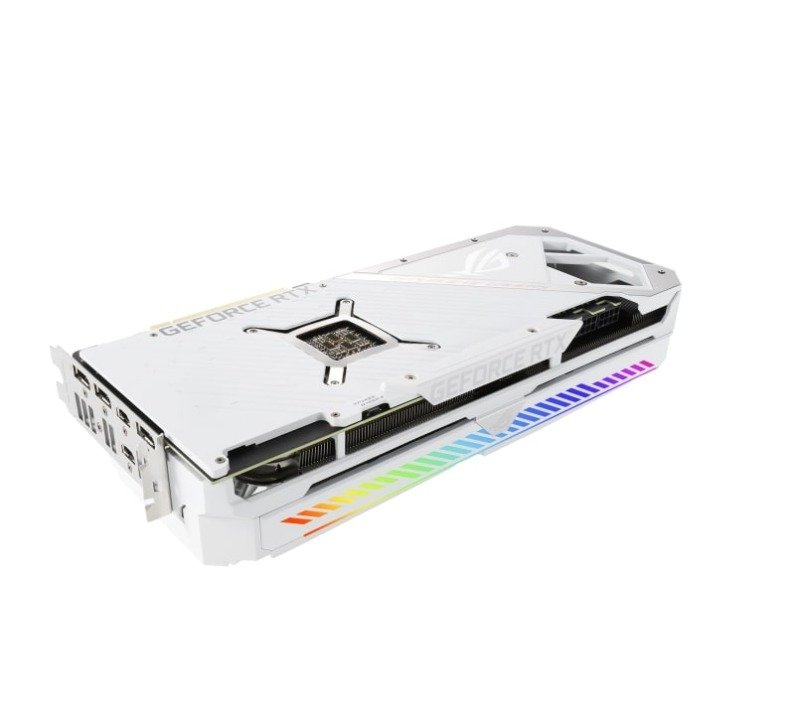 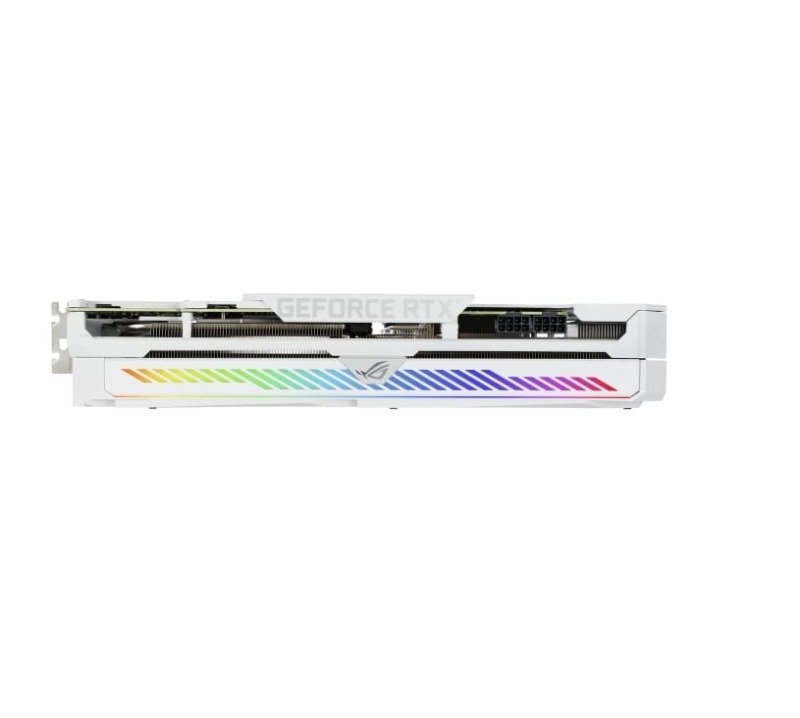 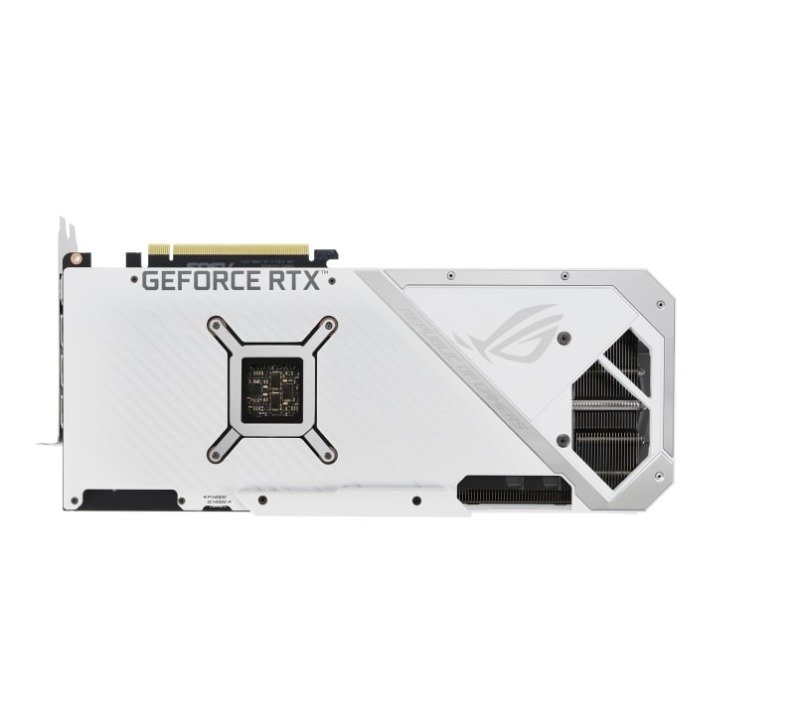 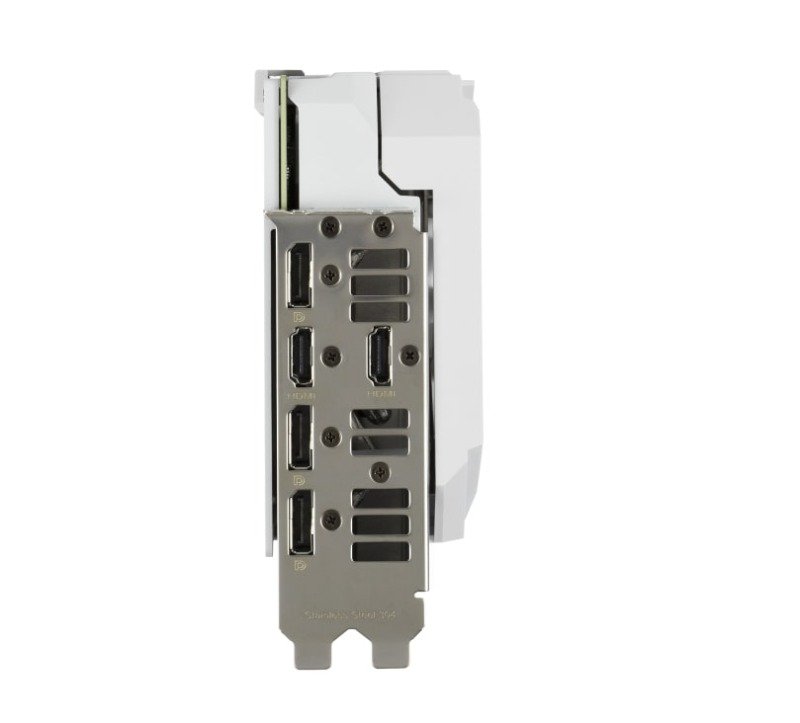 TAKE FLIGHT
This limited edition of the ROG Strix GeForce RTX™ 3070 features a completely white colorway on top of all the generational improvements to the ROG Strix series. Now's your chance to build a high-end white-themed gaming rig with the latest in graphics technology.

AXIAL-TECH UPGRADES
Our Axial-tech fan design is optimized for a new, larger heatsink that features more fins and surface area than last gen. The blade count is increased on all three fans, with 13 on the center fan and 11 on the auxiliary fans. The barrier ring on the side fans is slimmed down to allow for more lateral intake and to provide better airflow through the cooling array. The center fan's extra blades and full-height ring provide boosted static pressure to blast air directly onto the GPU heat spreader.

NEW DIRECTIONS
To bolster the specialized roles of the center and auxiliary fans, the rotational direction of the center fan is reversed. This reduces air turbulence inside the cooling array for another boost to overall thermal performance. The fans also shut off completely when card power consumption is low and the GPU temperature falls beneath 50 Celsius, keeping noise levels down when the system is under a light load.

MAXCONTACT
To get heat up off the die and into the heatsink array, we've engaged MaxContact technology to polish the surface of the heat spreader and improve smoothness at the microscopic level. The extra flatness allows for better contact with the die for enhanced thermal transfer.

FUNCTIONAL FRONT
Careful attention has been paid to the front of the GPU, as it's the most visible part of the card in typical configurations. An addressable RGB element can be customized with Armoury Crate to create a uniform look along with other ROG components. To fulfill the power demands of the GeForce RTX 3070, two 8-pin power connectors are present, along with an onboard circuit that monitors PSU rail voltage. The circuit is fast enough to catch any transients that result in the rail voltage dropping too low. If that happens, a red LED will light up to indicate a power supply issue. The Strix's reinforced metal frame is also visible here, adding a literal layer of durability.