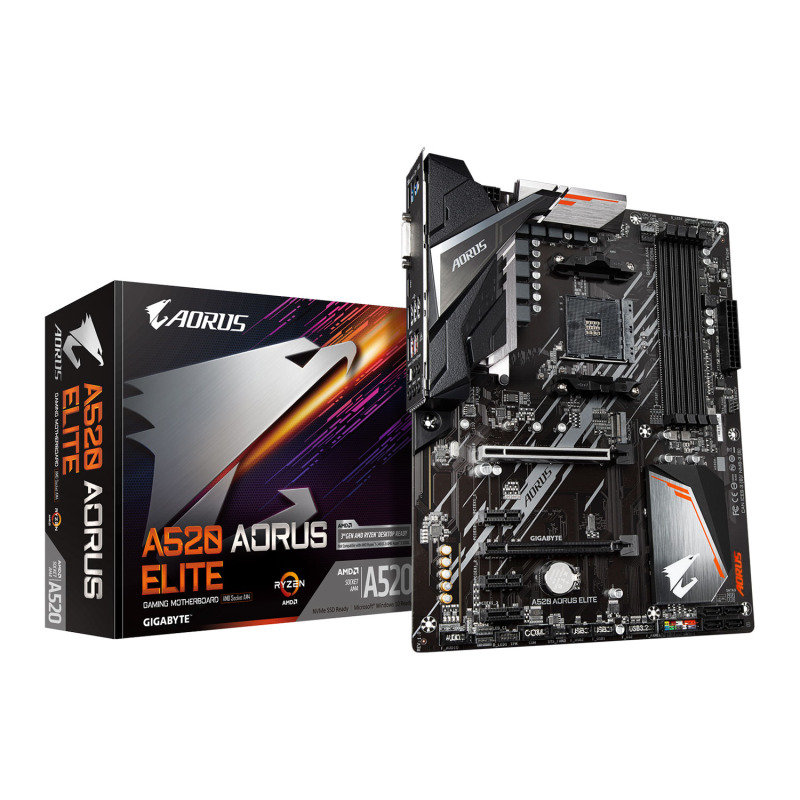 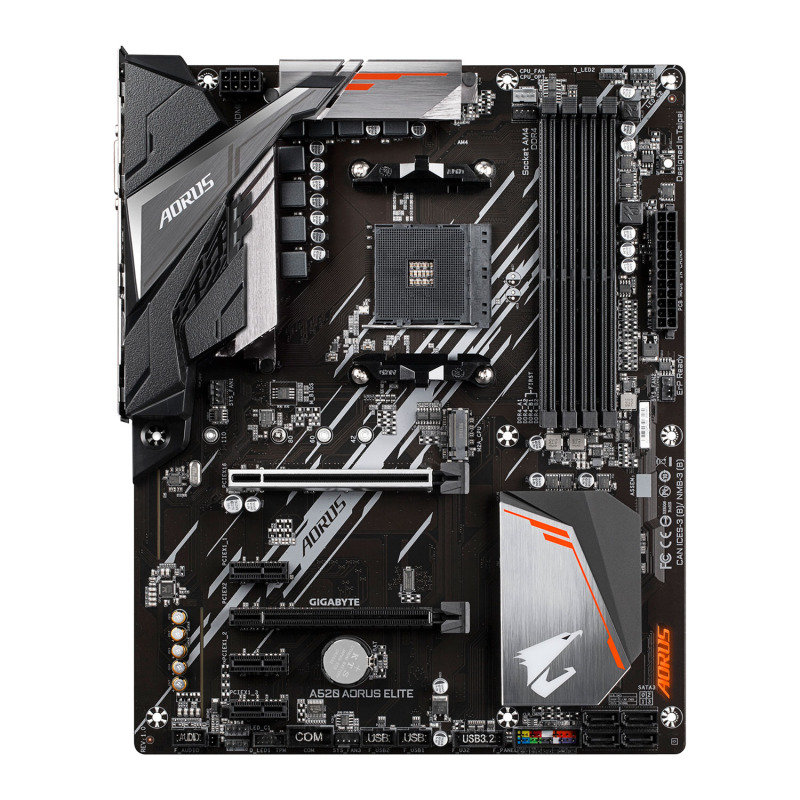 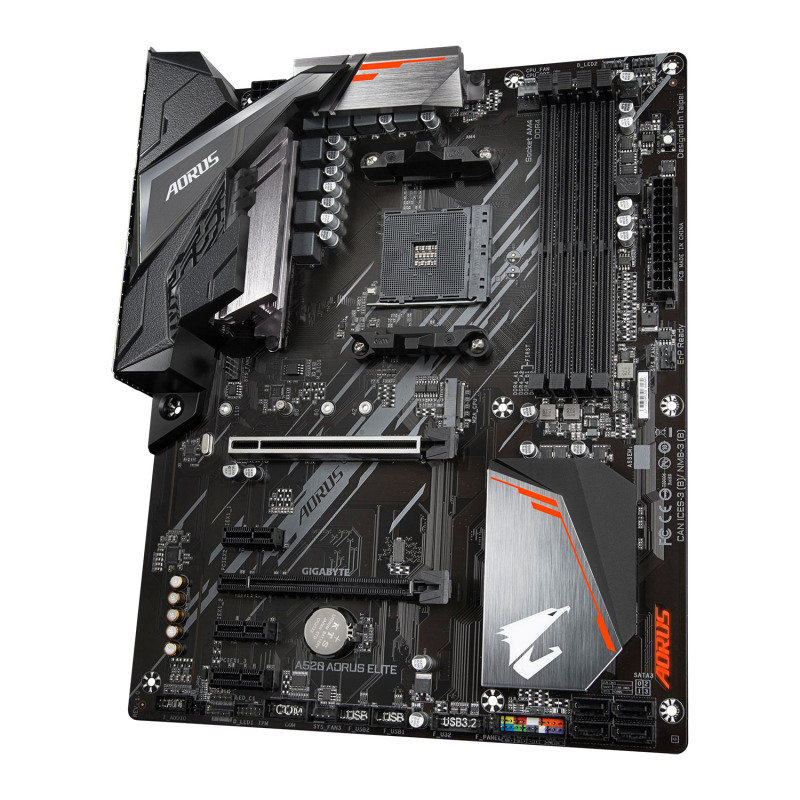 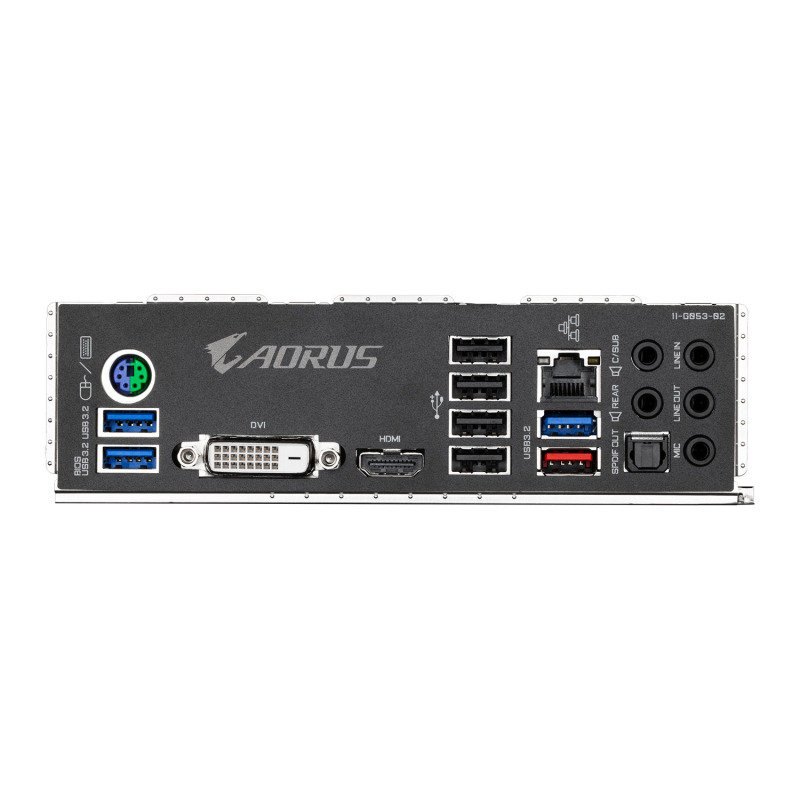 A Solid Foundation for Your System
The AORUS Elite A520 Motherboard represents the efficiency, precision of the falcon, qualities that are exemplified in the finer details of AORUS design. Boasting support for the AMD 3rd generation Ryzen CPUs and packed with premium components that will deliver high-end reliability and performance for mainstream daily users and gaming enthusiasts. This feature filled motherboard accommodates 4x DRR4 DIMM slots with dual channel architecture, Ultra-fast NVMe PCIe M.2 Storage, Gigabyte exclusive Gaming LAN, a preinstalled I/O shield with Q-Flash Bios technology and whats more the AORUS Elite A520 houses 2x RGB LED Strip Headers and 2x ARGB LED Strip headers which when combined with Gigabytes powerful RGB Fusion 2.0 software allows you to customise your lighting aesthetics to suit you.

Static Electricity and Surge Protection
The ICs used in Gigabyte motherboards boast up to 3x the ESD resistance levels than when compared to traditional ICs protecting your components from static electricity. The AORUS Elite also features special anti-surge ICs that keep your motherboard protected from power surges,ensuring that your PC is equipped to deal with any potentially irregular and inconsistent power delivery