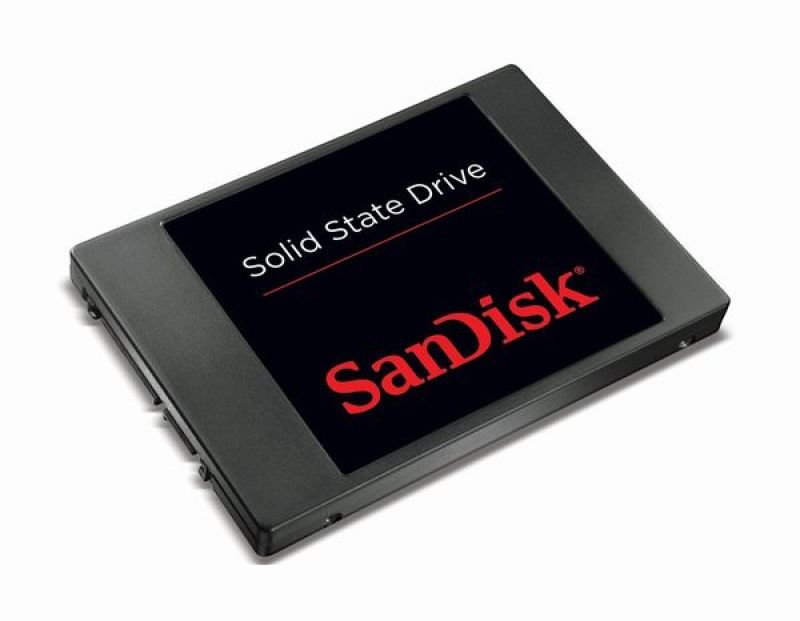 The SanDisk Solid State Drive provides faster computer performance and greater reliability at an affordable price. With solid state architecture from the global leader of flash memory storage, this solid state drive (SSD) lasts longer and consumes less energy than a traditional hard-disk drive. And thanks to its fast data speeds, the drive lets you enjoy quicker boot-up and program loading than ever before.

Unlike traditional hard-disk drives (HDDs), the SanDisk Solid State Drive has no mechanical parts. This makes it more resistant to wear and degradation than a traditional hard drive. The SanDisk SSD is tested to last up to 2 million hours mean time before failure (MTBF). The drive is also shock resistant, vibration proof, and temperature proof, giving your data extra layers of protection.

Thanks to its solid state design, the SanDisk SSD consumes less power and produces less heat than a traditional HDD. This lightens the load on your PC's power supply and cooling system, lengthening your system's lifespan.

Available in 64GB and 128GB capacities, the SanDisk SSD has enough space to accommodate your OS and your favorite games and applications. The SSD can also hold all of your most important data, including photos, office documents, and family videos.