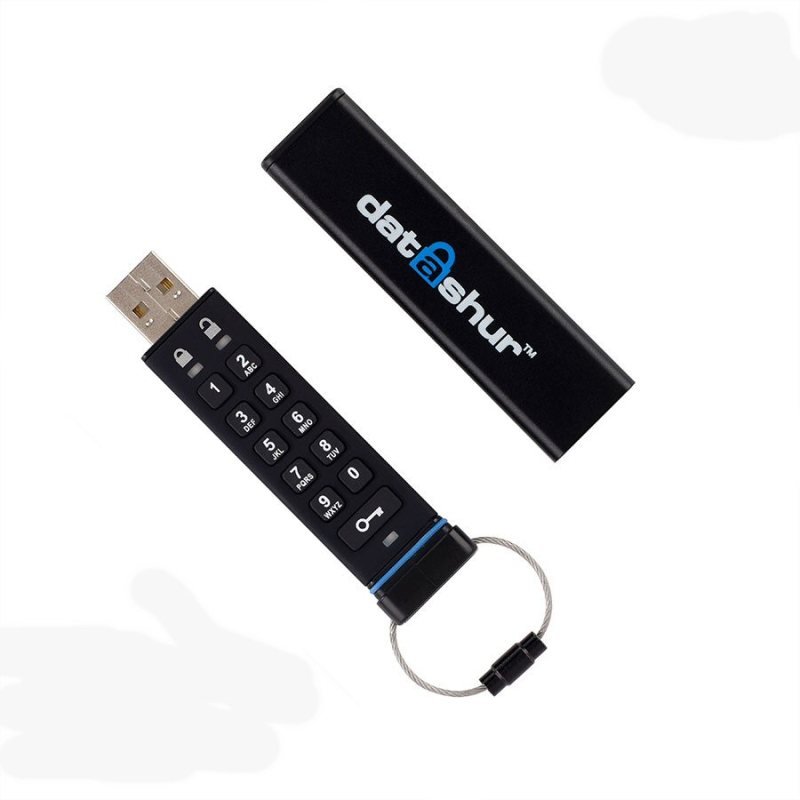 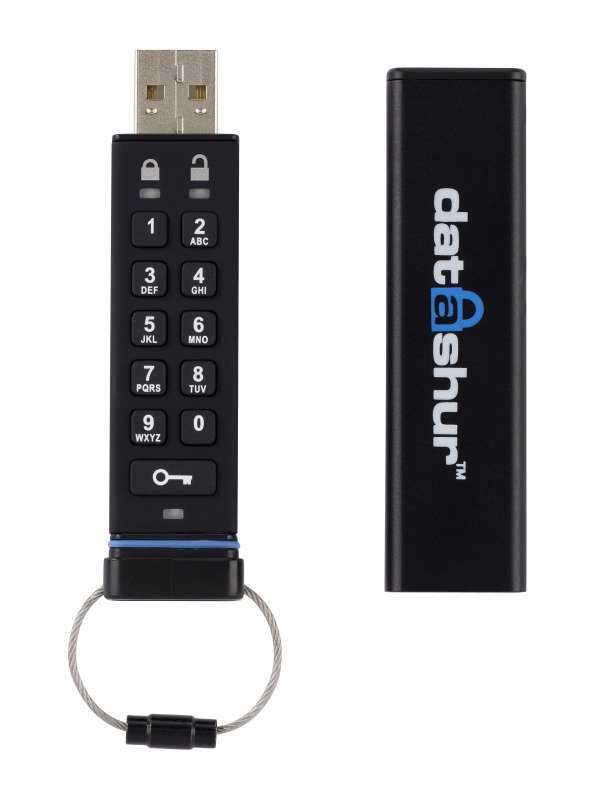 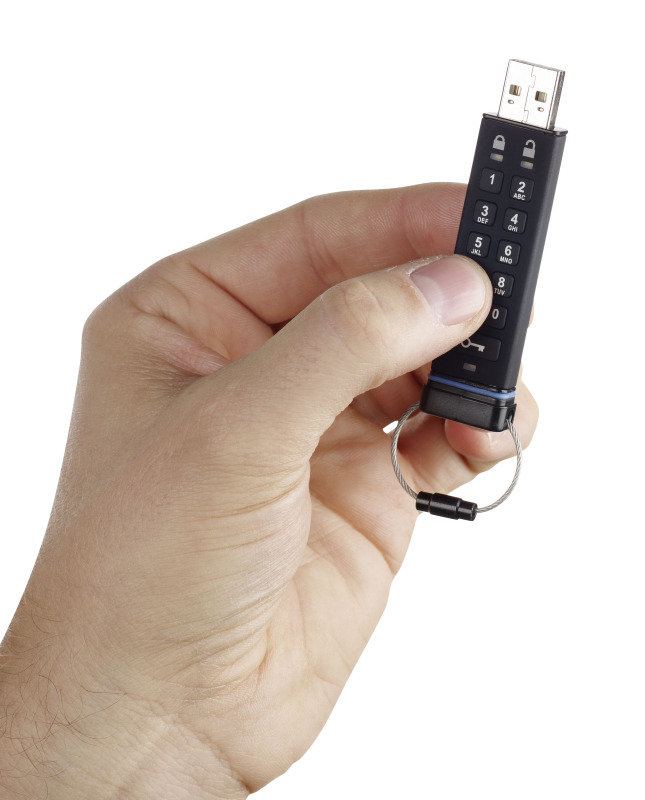 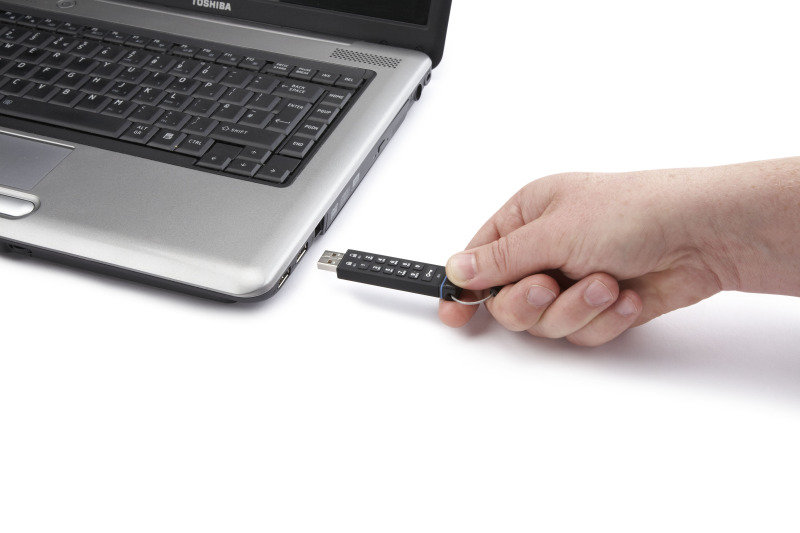 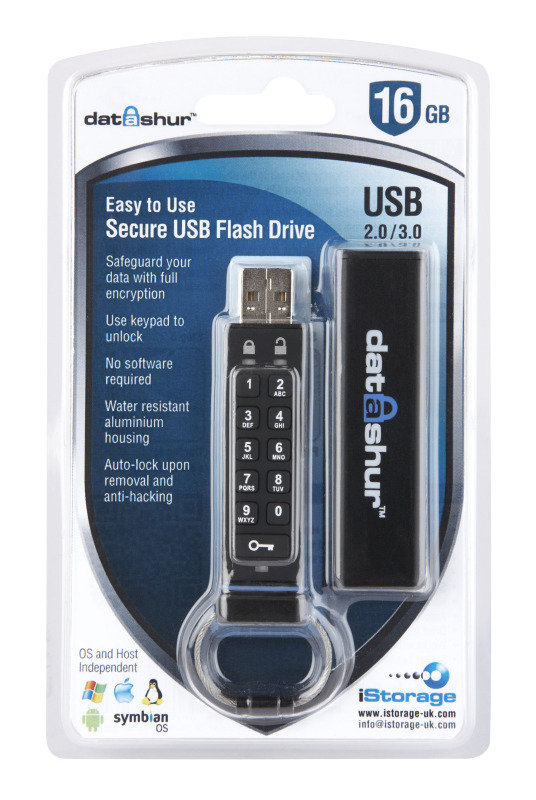 The iStorage datAshur® is the world’s most secure, easy to use and affordable USB flash drive, employing PIN code access

The iStorage datAshur is the world’s most secure, easy to use and affordable USB flash drive, employing PIN code access with military grade AES 256-bit hardware encryption. The datAshur incorporates a rechargeable battery allowing the user to enter a 7-15 digit PIN onto the on-board keypad before connecting the drive to the USB port.

The iStorage datAshur is the world’s most secure, easy to use and affordable USB flash drive, employing PIN code access with military grade AES 256-bit hardware encryption. The datAshur incorporates a rechargeable battery allowing the user to enter a 7-15 digit PIN onto the on-board keypad before connecting the drive to the USB port.

The datAshur can be configured with independent User and Admin PINs, making it perfect for corporate and government deployment. If the User forgets their PIN, the drive can be unlocked using the Admin PIN which will then clear the old User PIN and allow the User to set a new PIN. The datAshur also incorporates a drive reset feature which clears both User and Admin PINs, destroys the data, creates a new randomly generated encryption key and allows the drive to be reused. The datAshur is capable of generating an infinite number of randomly generated encryption keys, allowing the user to reset the drive as and when required.

As the iStorage datAshur is unlocked via the on-board keypad and not via a keyboard, it is not vulnerable to software/hardware based key-loggers or brute force attacks. The datAshur protects your data with a “Brute Force Hack Defence Mechanism”, which deletes the encryption key and destroys all stored data if the incorrect PIN is entered a total of 10 consecutive times.

Did you know that millions of flash drives are lost or stolen every year and this figure is rising. Have you ever considered the impact of losing your non-encrypted USB flash drive? Your data would be at the mercy of anyone who stumbles across it.

The Information Commissioner’s Office (ICO) now has the power to fine businesses and government bodies up to £500,000 for serious breaches of the Data Protection Act. This includes the loss of an unencrypted USB flash drive that contains client data. The ICO has been very clear in advising businesses and government bodies to encrypt all data that workers access, they also recognise that data which is encrypted and lost or stolen is not vulnerable to compromise.

Loss of confidential data can have a devastating effect on both businesses and consumers. It could lead to a hefty fine, the downfall of a business, embarrassment, job losses and adverse media attention. The iStorage datAshur can protect you against all of this.

What is the difference between software and hardware encryption? 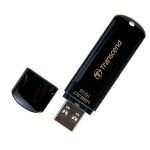 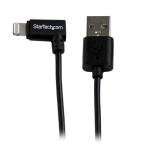