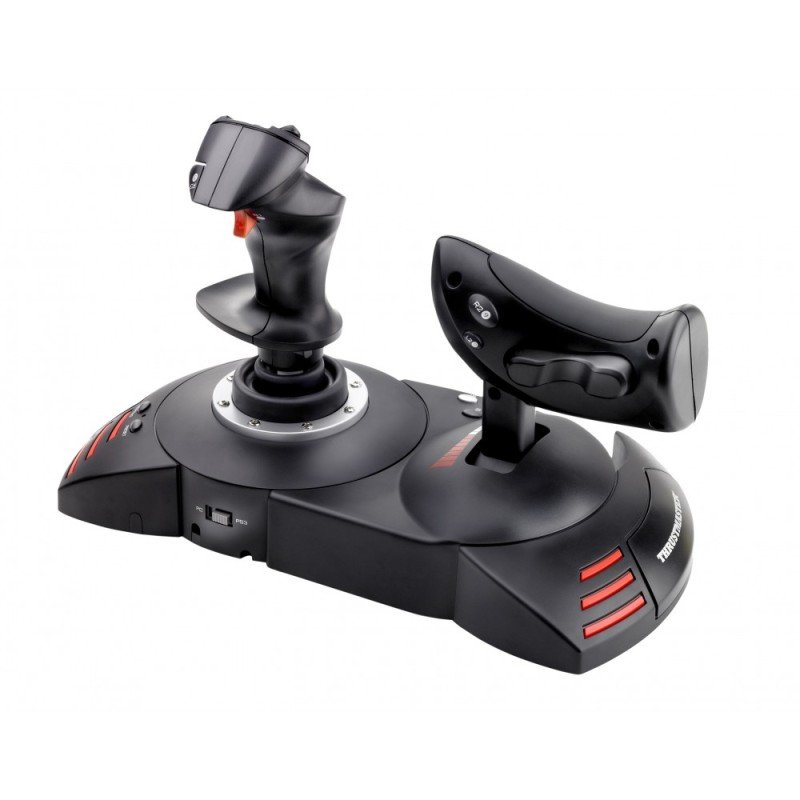 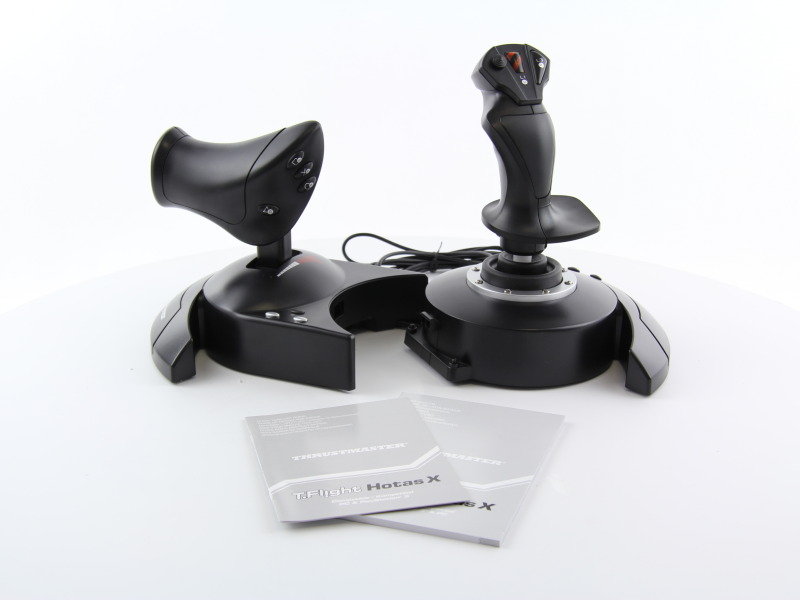 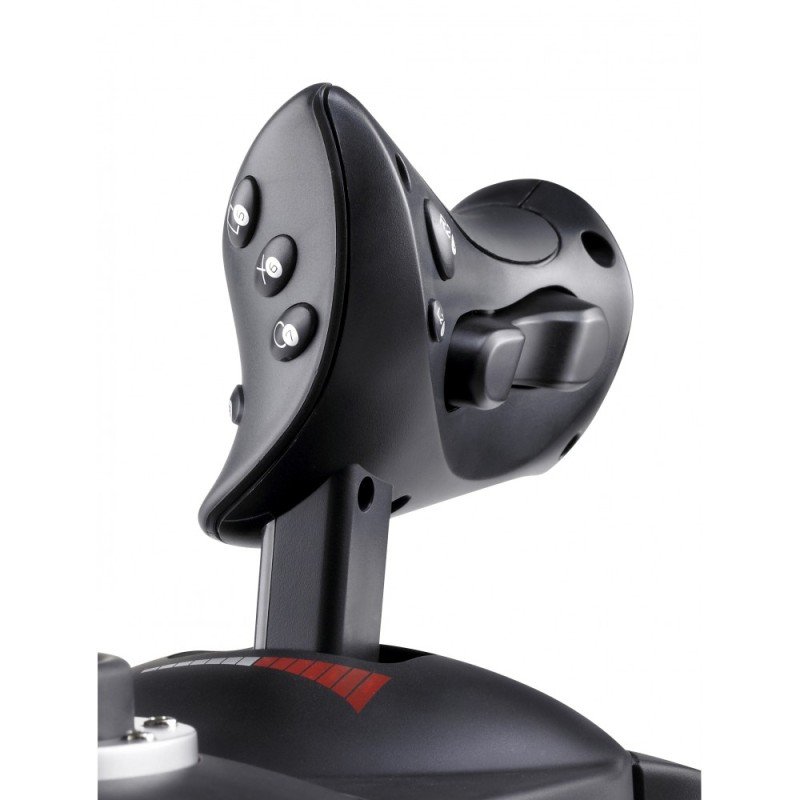 The T. Flight HOTAS X from Thrustmaster is a programmable joystick and throttle that is compatible with PCs and PS3 systems for realistic flight simulation. It conveniently plugs directly into the USB port on your system for instant takeoff. The HOTAS (Hands on Throttle and Stick) joystick features a large throttle that you can use to control the acceleration of your aircraft. The throttle is detachable, so you can detach it to re-create authentic piloting conditions.
Depending on your style of gaming, you might like an ultra-sensitive joystick that responds to slight touches. With a firmer joystick, it offers more resistance when you move it. The resistance of the T. Flight HOTAS X is adjustable in order to adapt to your personal preferences.
With the rudder function, a plane corresponds to the pedals used by the pilot to turn the steering, allowing the plane to pivot around its vertical axis to run the plane left or right. The rudder function is accessible on the joystick or via the rocking button on the throttle. On Playstation 3 and PC in "4 axes" mode, the rocking button is combined with the handle's rotation. On a PC in "5 axes" mode, the rocking button is independent of the handle's rotation and therefore provides an additional progressive axis.
When you're in the middle of a crucial operation, seeing your placement is important. The joystick features a POV hat switch to let you instantly view everything that's going on around your plane, in games that support this function. Different views are programmable like rear, left, right and external views.
Inside the joystick, an internal chip saves all of your "MANUAL PRESET" programming even when the joystick is switched off or disconnected. You can save a different manual preset for each platform used. With the "MAPPING" button, you perform programming like switching the position of buttons, switching axes between themselves or switching the two directions of the same axis. High precision joystick features adjustable resistance Configurations by default: 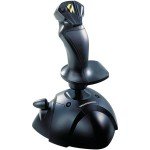 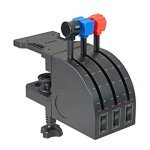