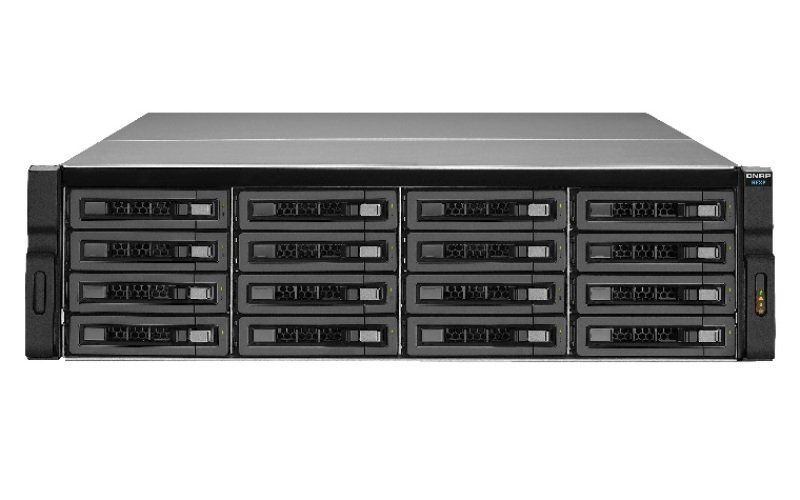 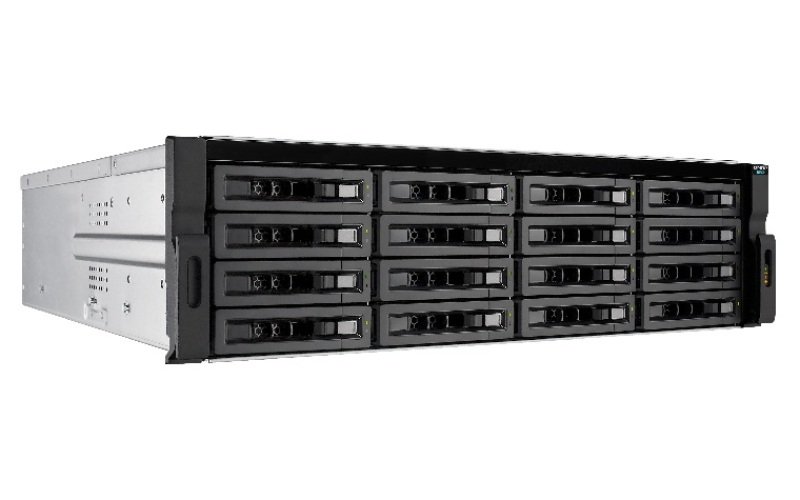 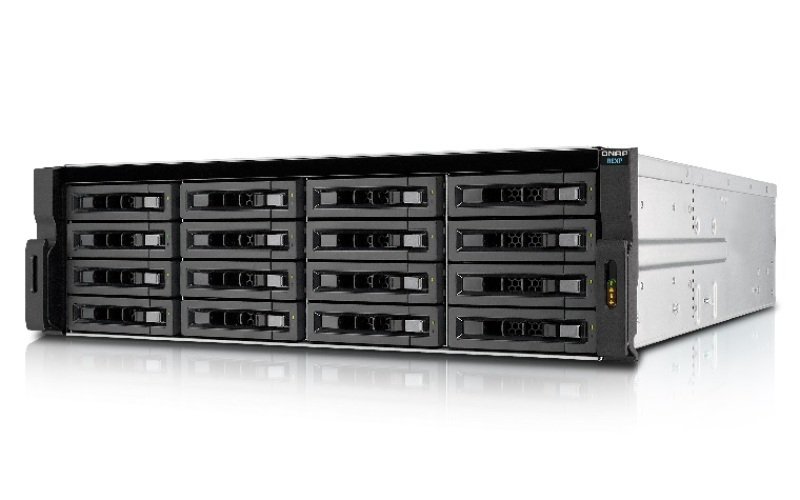 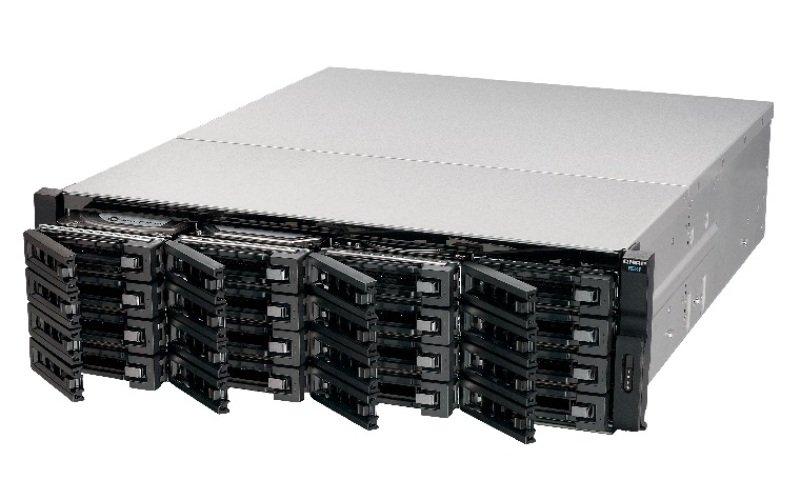 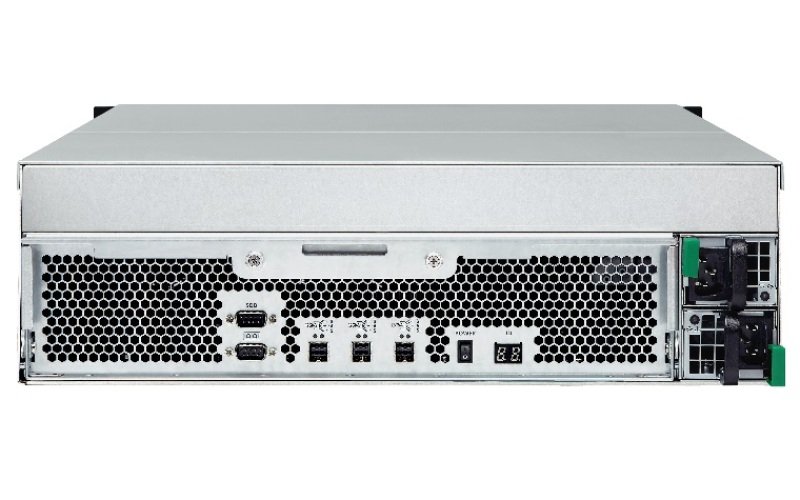 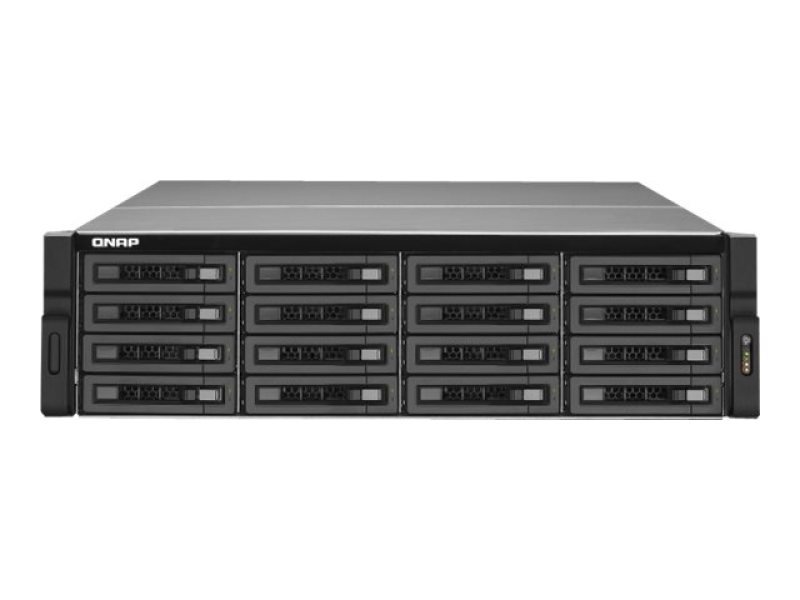 Flexible 10GbE network expansion
The 10GbE-ready TS-1679U-RP includes 4 in-built Gigabit Ethernet ports, which can be expanded with additional 4 Gigabit Ethernet ports, or 4 10Gigabit Ethernet ports and delivers excellence performance with 1,000 MB/s throughput and 100,000 IOPS, improving the efficiency of virtualization applications via both NFS and iSCSI protocols. Coupled with the support for large storage capacity, the TS-1679U-RP is a perfect choice for applications demanding high storage space and transmission speed such as data centers storing big data and for studios editing 4K/HD videos on-the-fly without transferring the videos between the TS-1679U-RP and desktop computers

High stability. Built to last.
The TS-1679U-RP serves as a business-ready system, providing 24/7 continuous operation and services. The dual OS embedded on the DOM architecture in the TS-1679U-RP ensures that the system boots up and operates stably. The expertly-designed smart fan delivers great system heat dissipation with minimum vibration, and is easily replaceable without system interruption. The TS-1679U-RP also features a redundant power supply to ensure maximum system uptime.

High reliability
The TS-1679U-RP supports comprehensive RAID configuration and hot-swapping to allow hard drive replacement without system interruption. QNAP's advanced RAID recovery technology also helps if any healthy drives are removed from a degraded RAID volume by mistake. The system can be recovered to degraded mode by reinserting the wrongly removed hard drives so the data can still be accessible. The Global Hot Spare function also enables the global hot-spare drive to automatically replace a failed drive in a RAID volume, preventing data from being lost.

Large capacity for cross-platform sharing
The TS-1679U-RP supports large storage capacities; fulfilling business needs to store large amounts of data. It also supports comprehensive RAID management, online RAID capacity expansion, and flexible RAID migration to safely store important data therefore reducing the risks of data loss. With reliable data protection, the TS-1679U-RP is perfect for cross-platform data sharing. The support of Windows AD and LDAP Directory Service saves a great amount of time for account management and authentication. Users can use their Windows AD or LDAP server accounts and passwords to log into the Turbo NAS. The TS-1679U-RP can also serve as an LDAP server.