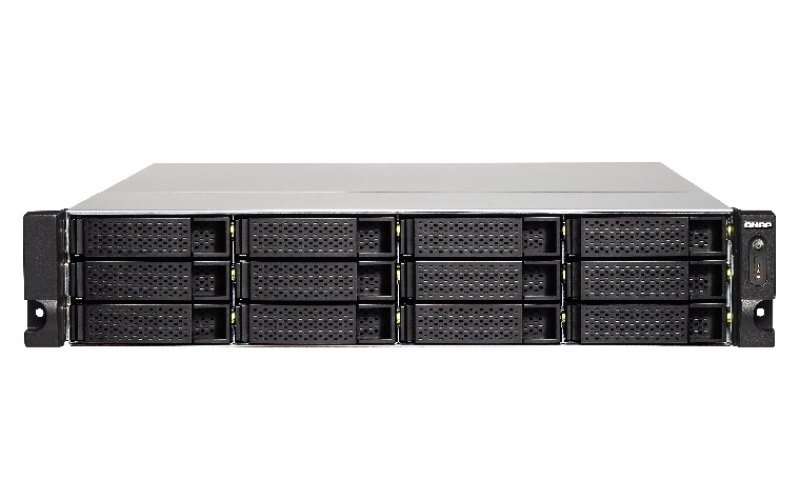 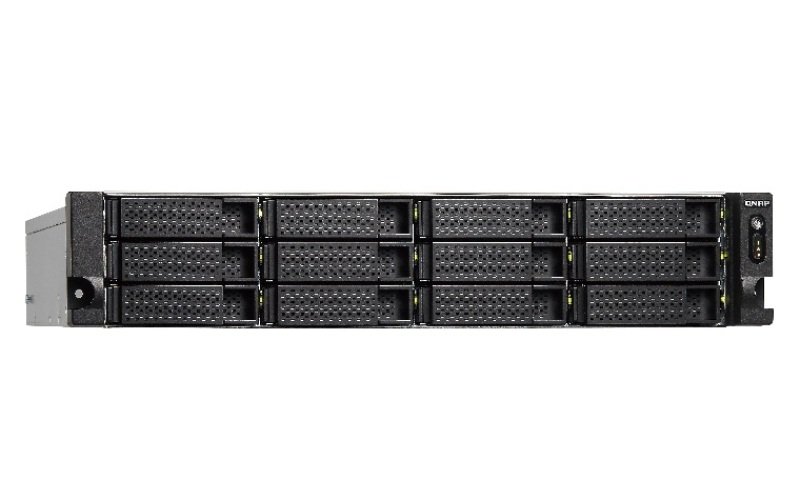 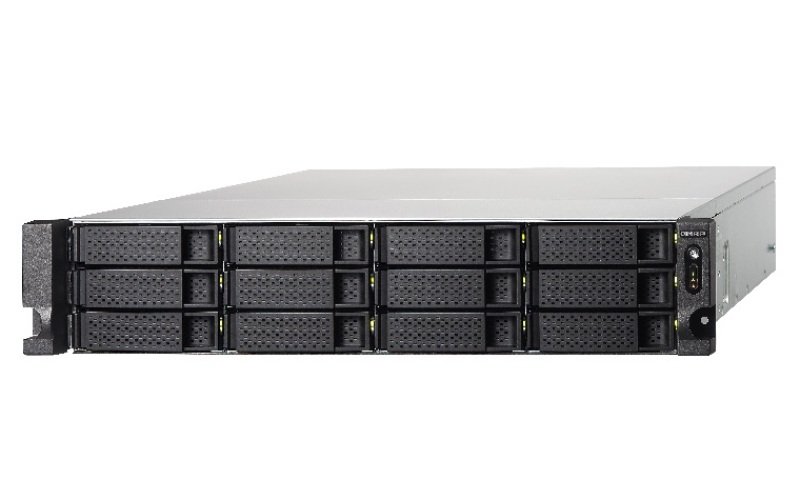 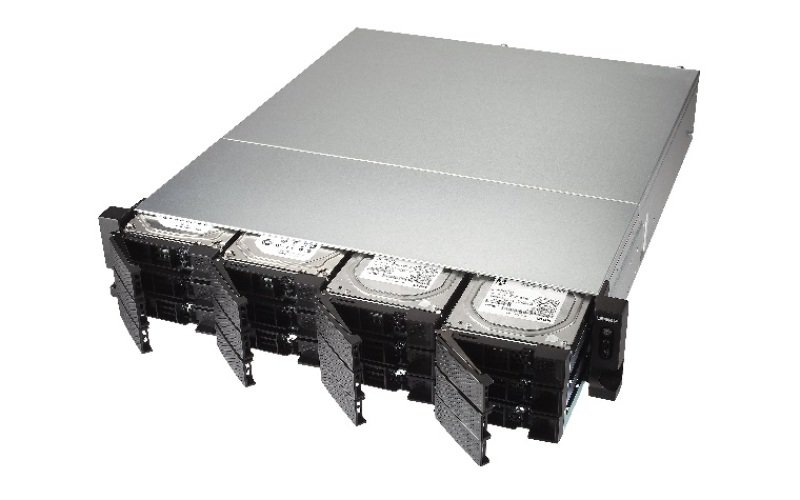 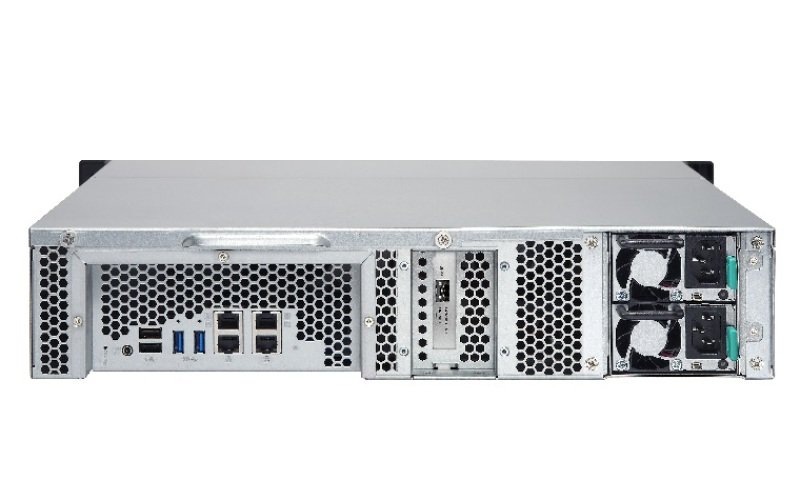 Built-in 10GbE connectivity
The TS-1263U-RP supports 10 Gigabit high-speed networks with an included single-port SFP+ 10GbE network adapter in addition to the default 2 Gigabit Ethernet ports. The SFP+ 10GbE network adaptor can be replaced with a 10GBASE-T or a 2-port 10GbE adapter for the maximum flexibility. The 10GbE-ready TS-1263U-RP delivers lightning-fast data throughput for businesses that demand higher bandwidth for virtualization and fast backup and restoration for an ever-growing amount of data. Coupled with its large storage capacity potential, the TS-1263U-RP is perfect for companies to store massive data and excel in fast data transmission.

Bridge between 1 & 10GbE to maximize network accessibility with no extra cost
With Qswitch the TS-1263U-RP supports bridging 1 Gigabit and 10 Gigabit networks naturally like a network switch. You can connect 1GbE devices to the TS-1263U-RP to attain the 10GbE working environment for data transmission without buying an expensive 1/10Gbps Ethernet switch. The TS-1263U-RP assists in saving money on 10GbE network deployment and maximizes your flexibility and bandwidth.
Furthermore, you can setup a closed network with the built-in DHCP server and IP cameras for surveillance. The surveillance footage is private only to the internal network access for added security.

High reliability design ensuring business continuity
The business-ready TS-1263U-RP is designed to provide 24/7 operations and services. The support for comprehensive RAID configurations and hot-swapping allow for replacing hard drives without service interruption. QNAP's advanced RAID recovery technology also helps if any healthy drives are accidentally removed from a degraded RAID volume. The system can be recovered by reinserting the wrongly-removed hard drives so the data can still be accessible. The TS-1263U-RP delivers high reliability and efficiency with quad LAN support for multiple port-trunking modes including fail-over support. The TS-1263U-RP also features a hot-swappable redundant power supply to ensure maximum system uptime.

Our customers on average save 10% on their networking quotes by speaking to our solutions specialists.