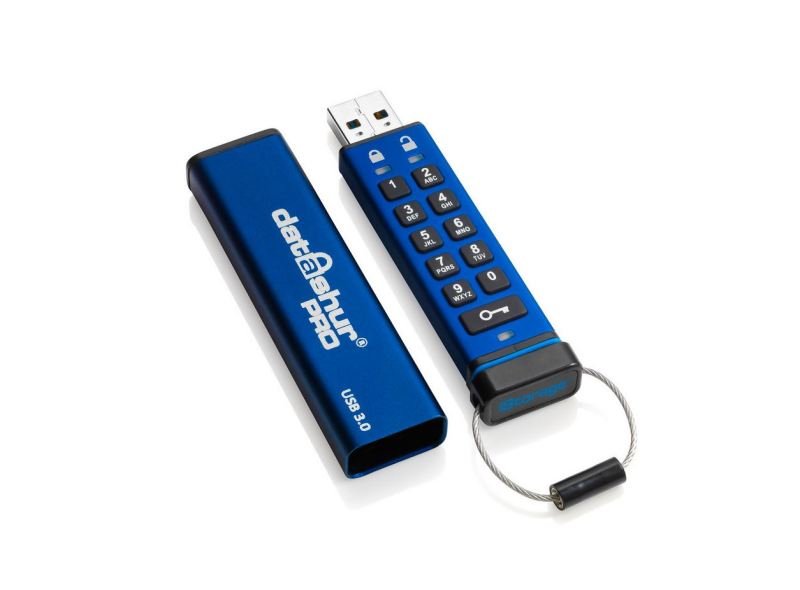 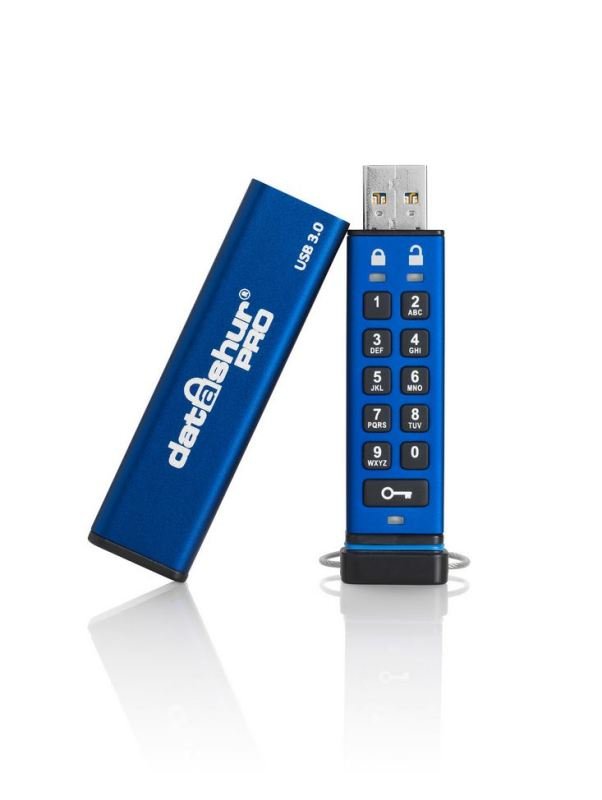 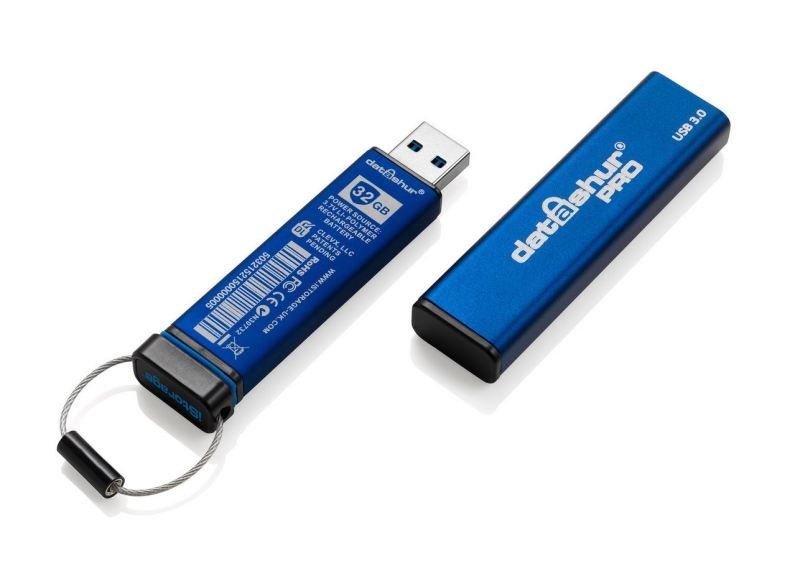 The iStorage datAshur is an easy to use and affordable USB flash drive, employing PIN code access

enter a 7-15 digit PIN onto the on-board keypad before connecting the drive to the USB port.

The datAshur can be configured with independent User and Admin PINs, making it perfect for corporate and government deployment. If the User forgets their PIN, the drive can be unlocked using the Admin PIN which will then clear the old User PIN and allow the User to set a new PIN. The datAshur also incorporates a drive reset feature which clears both User and

As the iStorage datAshur is unlocked via the on-board keypad and not via a keyboard, it is not vulnerable to software/hardware based key-loggers or brute force attacks. The datAshur protects your data with a "Brute Force Hack Defence Mechanism", which deletes the encryption key and destroys all stored data if the incorrect PIN is entered a total of 10 consecutive times. 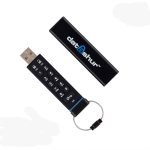