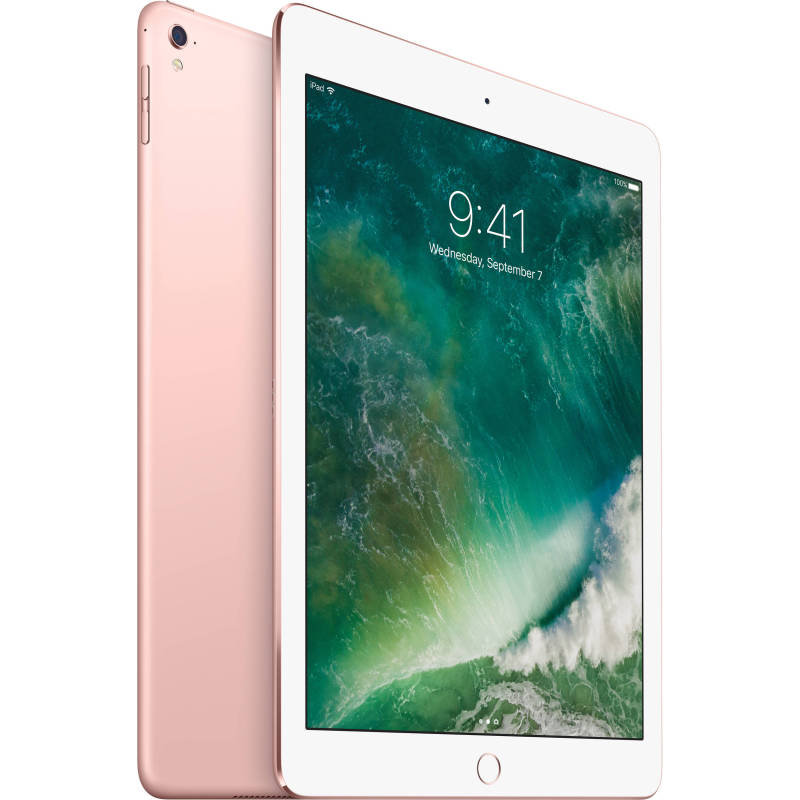 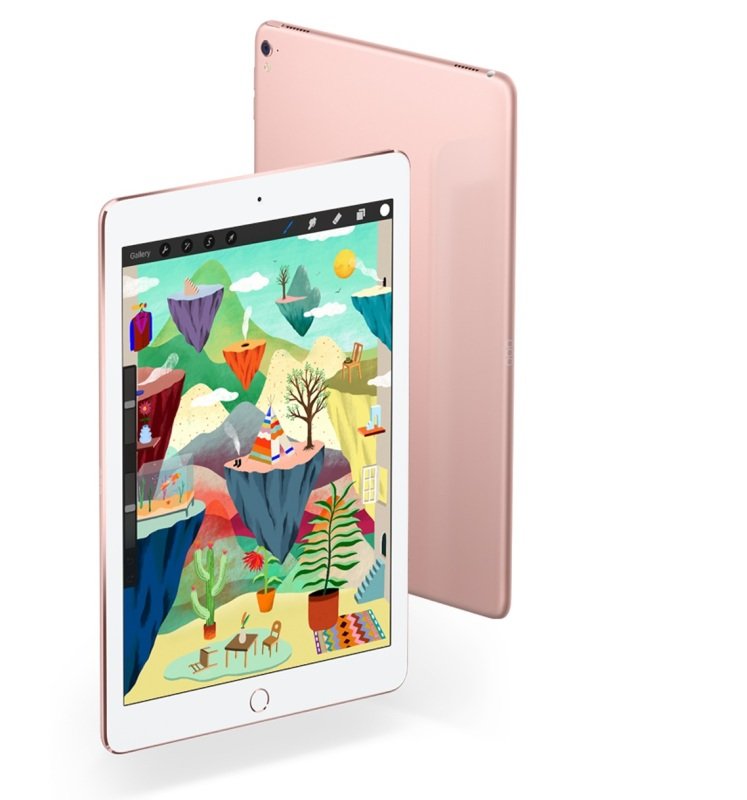 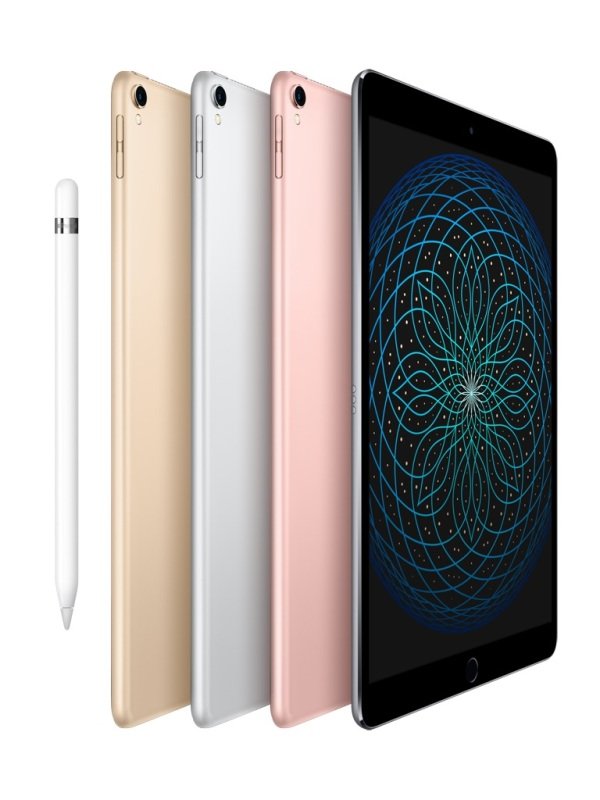 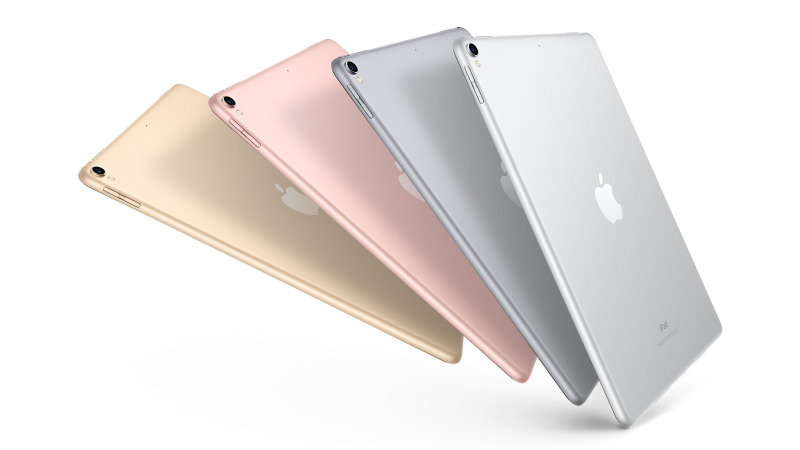 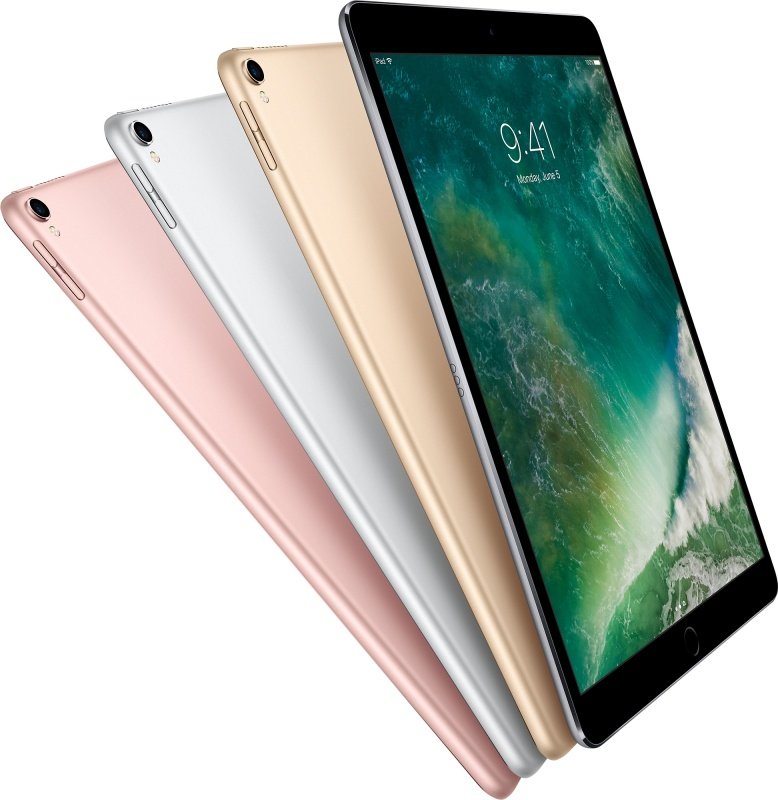 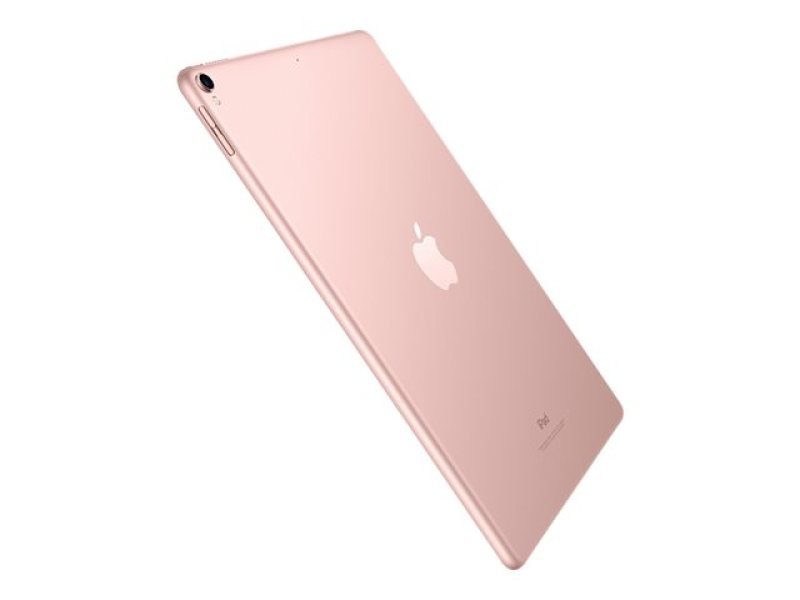 Anything you can do,

you can do better.

No matter the task, the new iPad Pro is up to it - and then some. It offers far more power than most PC laptops, yet is delightfully simple to use. The redesigned Retina display is as stunning to look at as it is to touch. And it all comes together with iOS, our intuitive, advanced mobile operating system. iPad Pro. Everything you want modern computing to be. Now even, well, better.

Our most advanced display yet.

In so many ways. 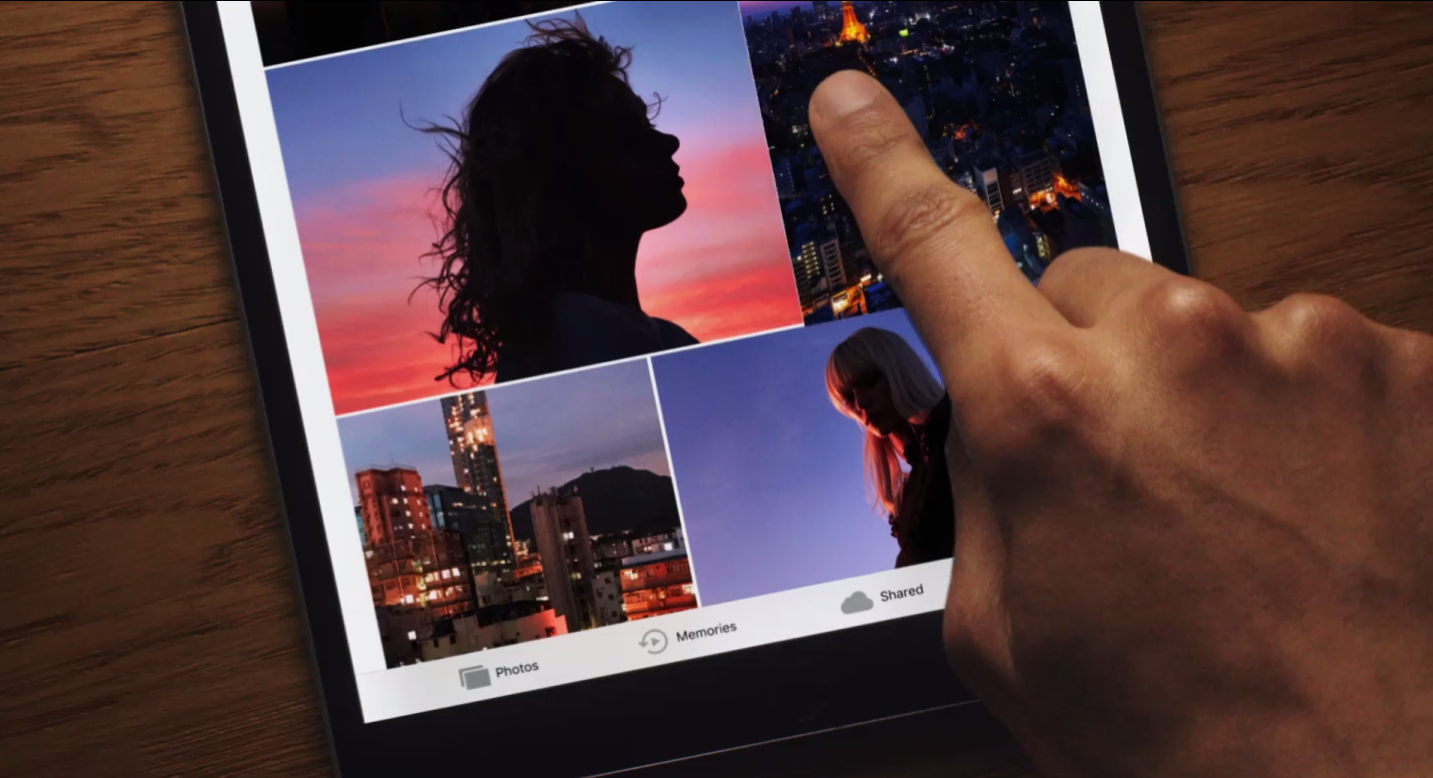 iPad has always offered the ultimate Multi-Touch experience. The redesigned Retina display on iPad Pro sets a whole new standard. It's not just brighter and less reflective, it's far more responsive than anything that's come before. Whether you're scrolling through pages in Safari or playing an intense 3D game, everything feels utterly smooth, fast and immersive. 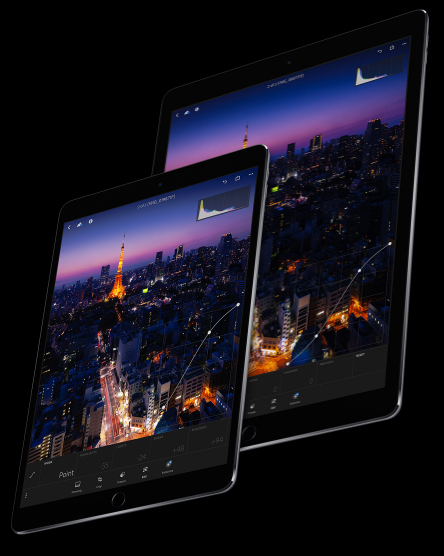 The new 10.5-inch iPad Pro comes with a screen nearly 20 per cent larger than the 9.7-inch model, so you get more room to do more. It also delivers a full-size onscreen keyboard. Yet it's just as portable as ever.

120Hz refresh rate. You've never seen or felt anything like it.

The new iPad Pro Retina display now supports a 120Hz refresh rate. So films and videos look spectacular, while games play smoothly without distracting artefacts. Fast, it turns out, is incredibly beautiful. And however you use the display - with your finger or Apple Pencil - everything will feel more responsive.

Even more to meet the eye.

Enhanced brightness makes it easier than ever to see wherever you are.

With a wide P3 colour gamut, you get more vibrant greens and reds for truer-to-life images and videos.

Apple's custom-designed anti-reflective coating makes the display clearer and more readable wherever you take your iPad. 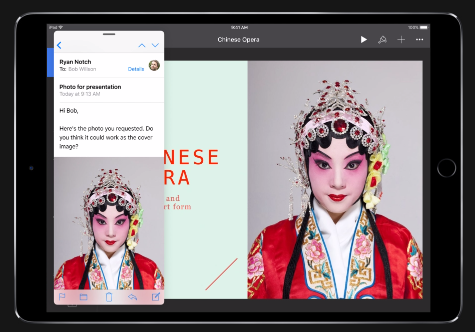 Redesigned from the swipe up.

Doing more than ever will soon be easier than ever. In iOS 11, an all-new Dock makes it simple to open recently used apps and files. And when you use Slide Over or Split View, both apps will stay active so you can work with them simultaneously. So edit an image in Adobe Photoshop Fix while creating a web page. Or use Safari to plan your next holiday while confirming dates in Calendar. iPad Pro and iOS 11 are perfect for doing everything you want to do - at once. 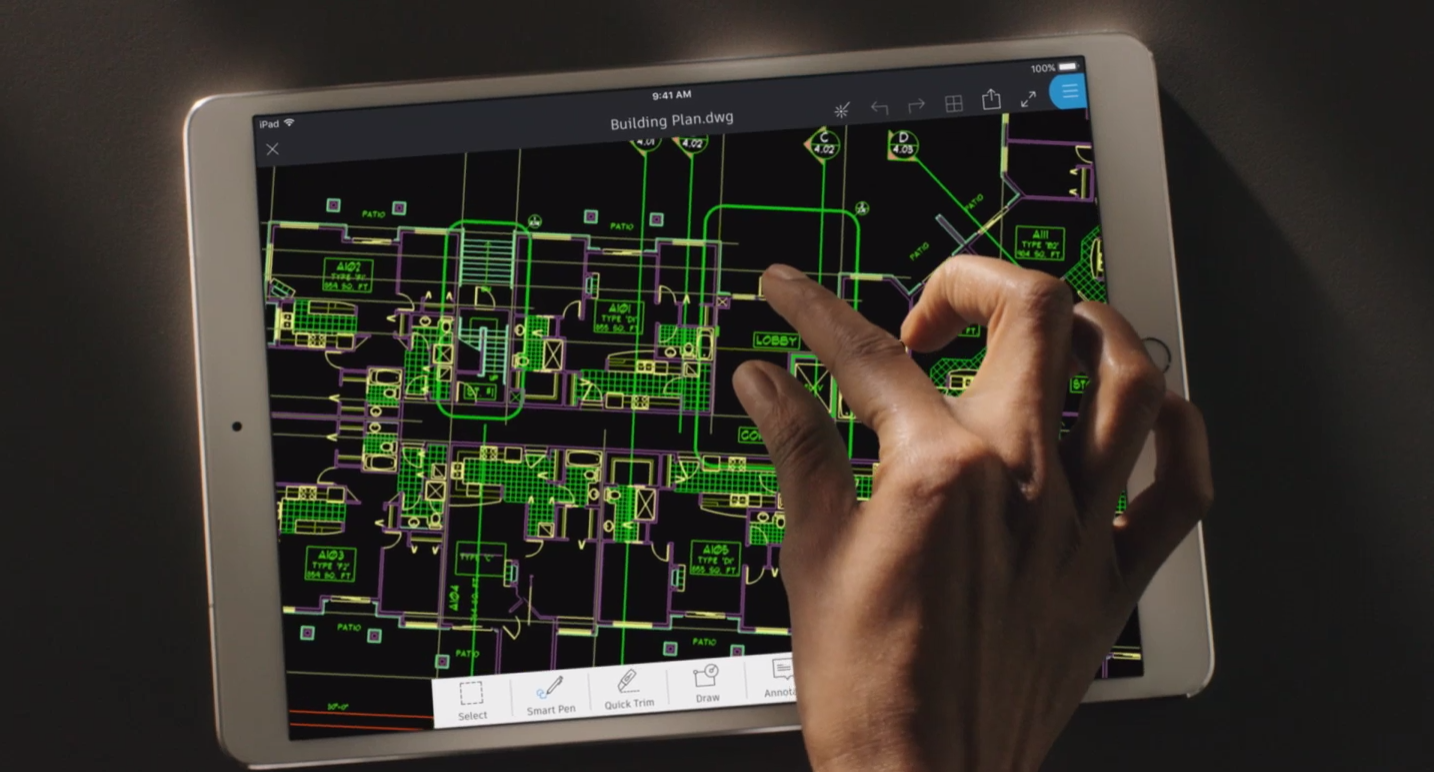 The A10X Fusion chip with 64-bit architecture and six cores puts incredible power in your hands. So you can edit a 4K video on the go. Render an elaborate 3D model. Or create and mark up complex documents and presentations. Easily. All on a device that still delivers all‑day battery life. 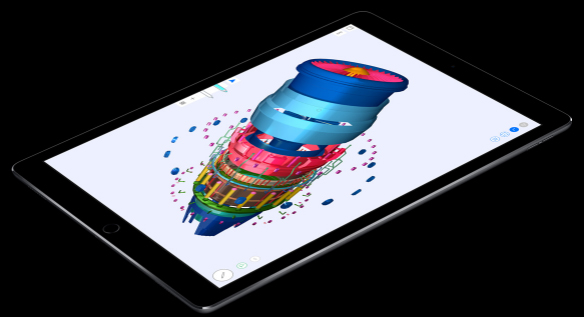 Up to 10-hour battery life 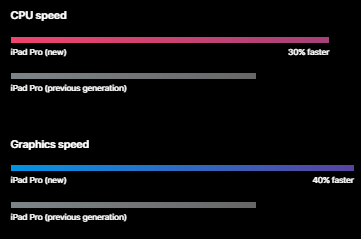 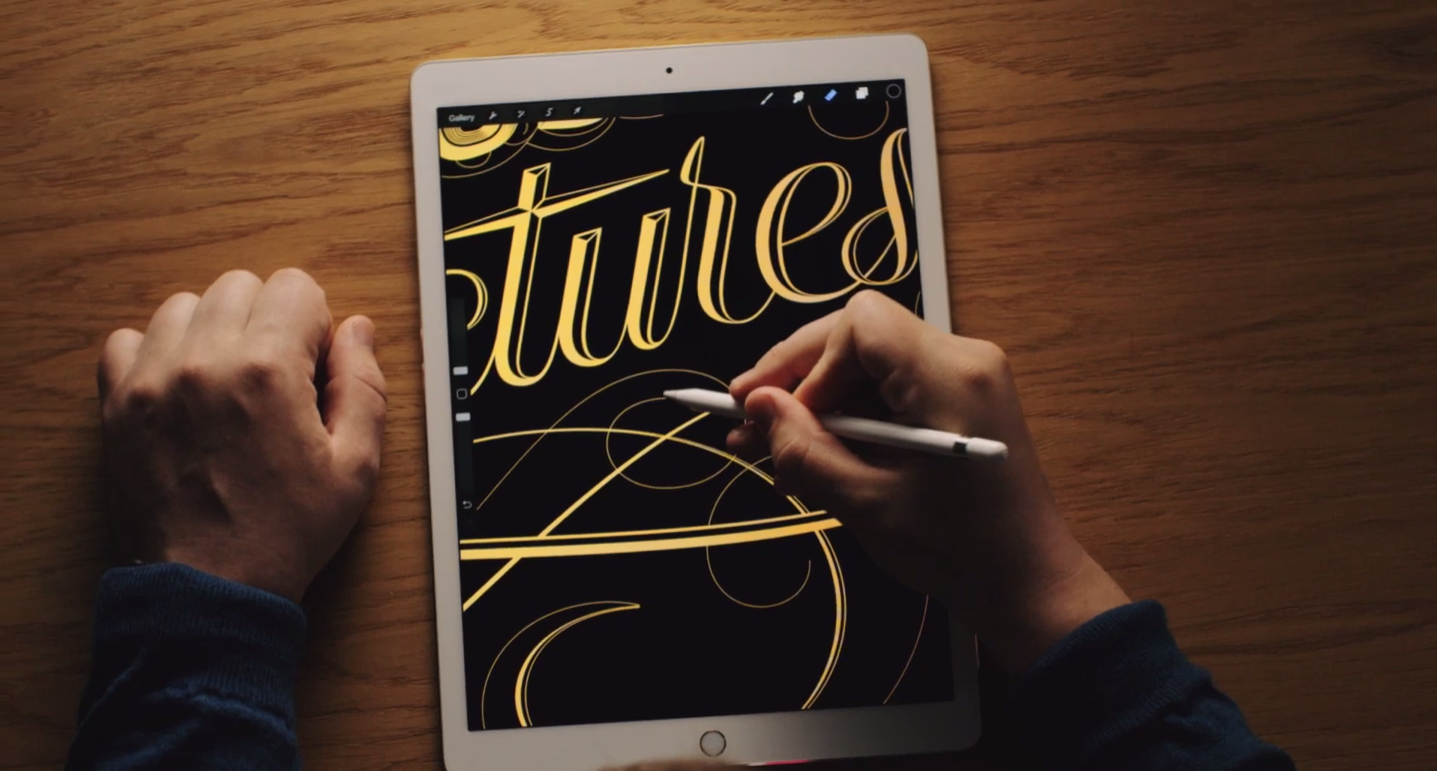 The increased refresh rate of the new iPad Pro display makes Apple Pencil2 feel even more responsive and natural. No other digital pencil lets you write, mark up and draw with such pixel-perfect precision. 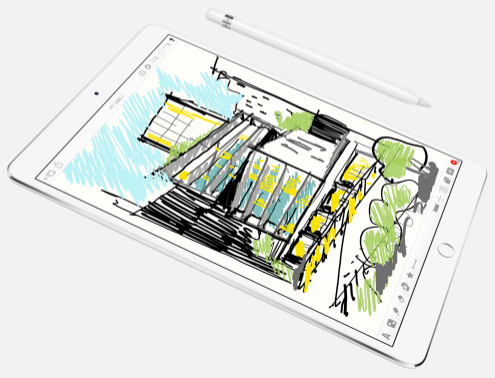 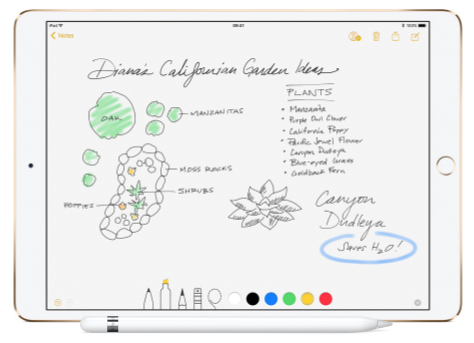 Sign documents, annotate PDFs or draw on a screenshot with ease.

Easily sketch, draw or write directly alongside text in Notes and Mail.

Easily search for handwritten text and characters. So you can write it now and find it later.

A monumental leap for iPad. 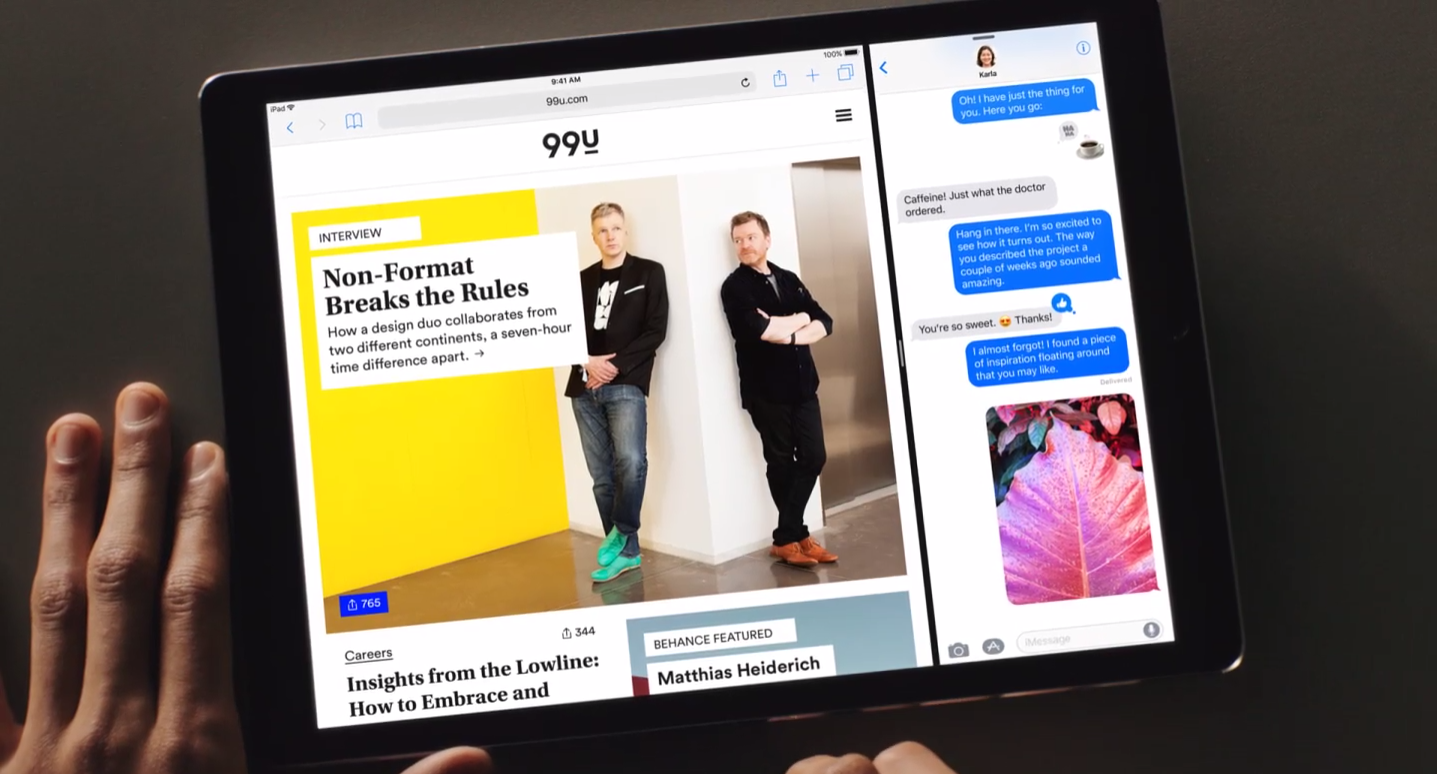 iOS 11 brings iPad to life as never before. New features and capabilities fundamentally improve the way you do things, making your iPad experience even more powerful and personal. Do with it what you will. Because now you can. 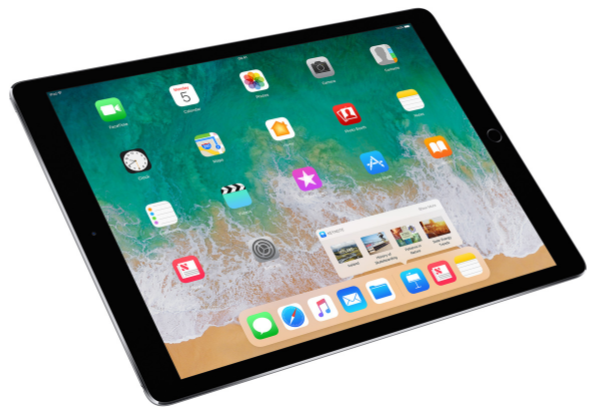 The all-new Dock makes it easier to find your favourite and recently used apps and files. Its especially useful for multitasking or navigating through apps.

The new Files app brings all your files together. Not just the ones on your iPad, but also those in apps, in iCloud, and across other services like Dropbox and Box.

Drag and Drop gives you a new way to move things around. With just a finger, you can simply and smoothly move text, photos and files from one app to another, anywhere on the screen.

The redesigned App Switcher makes changing apps as quick as a swipe. It even remembers the combinations of apps you've multitasked with previously.

Not only has multitasking been redesigned, but both apps now stay active in Slide Over and Split View.

iOS 11 makes Apple Pencil even more useful. Easily sketch, draw or write directly alongside text in Notes. You can even write a note instantly by tapping the Lock screen on your iPad with Apple Pencil.

The power of iPad. 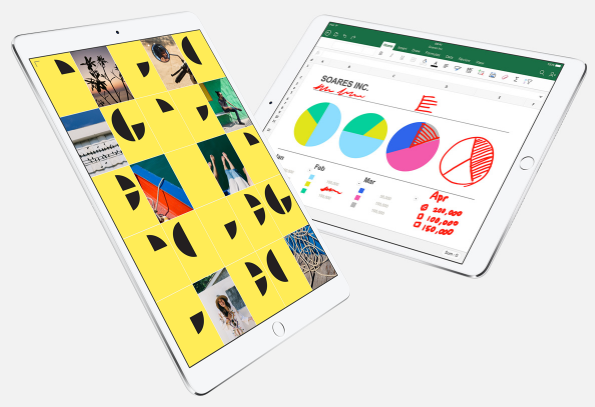 iPad is a powerful way to work, play and learn. With over a million apps designed to take advantage of its large Multi-Touch display and powerful chip, it can transform the way you do the things you love.

Less than half a kilo.

A ton of capability.

Even though it's packed with amazing performance, an advanced display, two cameras, ultra-fast wireless and all-day battery life,1 iPad Pro is still sleek and compact. So you can go just about anywhere and do just about anything. 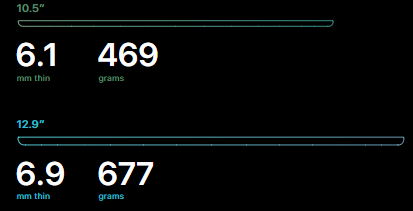 Browse the web, stream video and share documents faster from pretty much anywhere with 802.11ac Wi‑Fi and 4G LTE Advanced.3 And an embedded Apple SIM4 lets you connect using mobile data networks in over 180 countries and regions.

iPad Pro features the same great cameras as iPhone 7. Advanced optical image stabilisation and an ƒ/1.8 aperture make it even better for taking amazing photos and videos in low light. And wider colour capture makes every selfie worthy of a gallery.

Touch ID uses an advanced fingerprint sensor that lets you unlock your iPad instantly and secure private data in apps. You can also use it to make purchases with Apple Pay within apps and on the web.

Simply unfold the full-size Smart Keyboard - available for both the 10.5‑inch and 12.9‑inch iPad Pro - when you need it. Fold it to create a lightweight yet durable cover when you don't. It's as easy to use as it is to take with you. 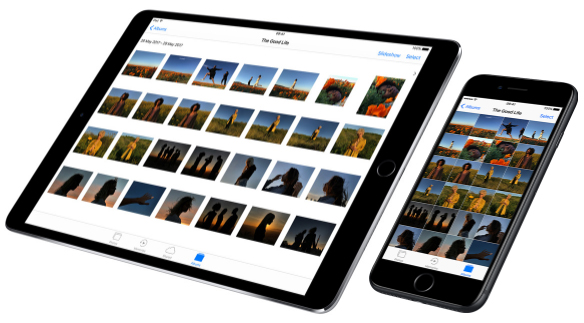 Begin an email on your iPhone and finish it on iPad Pro. Or copy images, video or text on your iPhone, then paste to your iPad. You can even use AirDrop to quickly share files wirelessly between devices. iPhone and iPad Pro were designed to work not only with each other, but also with your Mac and Apple Watch. 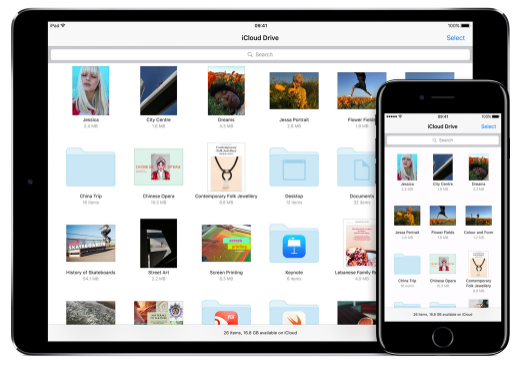 iCloud. One place for everything that matters.

iCloud safely stores all your photos, music, apps and more, keeping them up to date, secure and accessible from any device.

Cover it. Connect it. Love it.

From durable cases and covers to Apple Pencil and the Smart Keyboard, there's a world of accessories to help you get the most out of your iPad Pro.

No matter the task, the new iPad Pro is up to it - and then some. It offers far more power than most PC laptops, yet is delightfully simple to use. The redesigned Retina display is as stunning to look at as it is to touch. And it all comes together with iOS, the world's most advanced mobile operating system. iPad Pro. Everything you want modern computing to be. Now even, well, better.

Accessibility features help people with disabilities get the most out of their new iPad Pro. With built-in support for vision, hearing, physical and motor skills, and learning and literacy, you can create and do amazing things.

Built-in apps are an essential part of your iPad experience and are efficiently designed to use less than 200MB of storage.

Pages, Numbers, Keynote, iMovie, GarageBand, and iTunes U are preinstalled on iPad.

Syncing with iTunes on a Mac or PC requires: