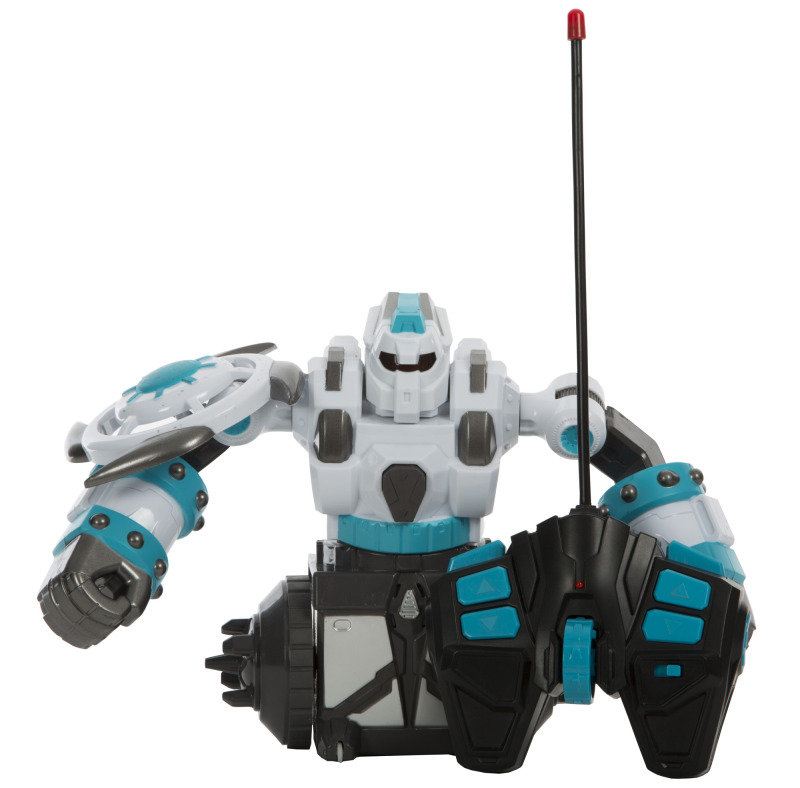 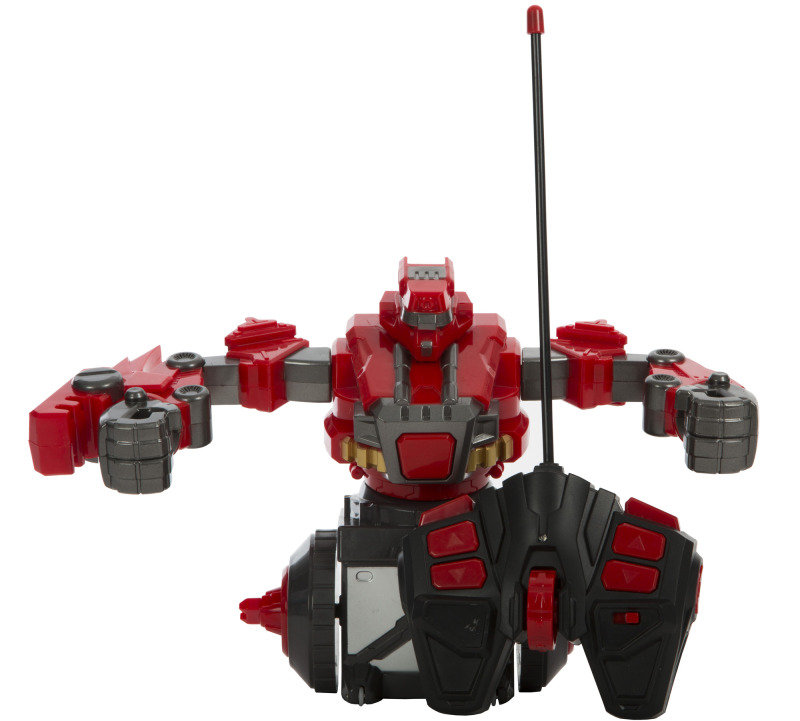 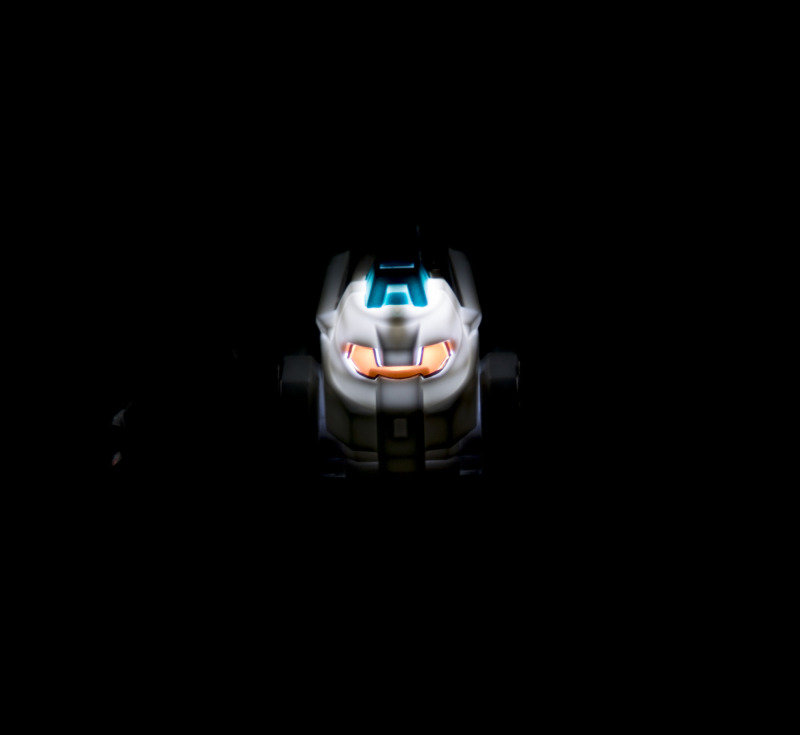 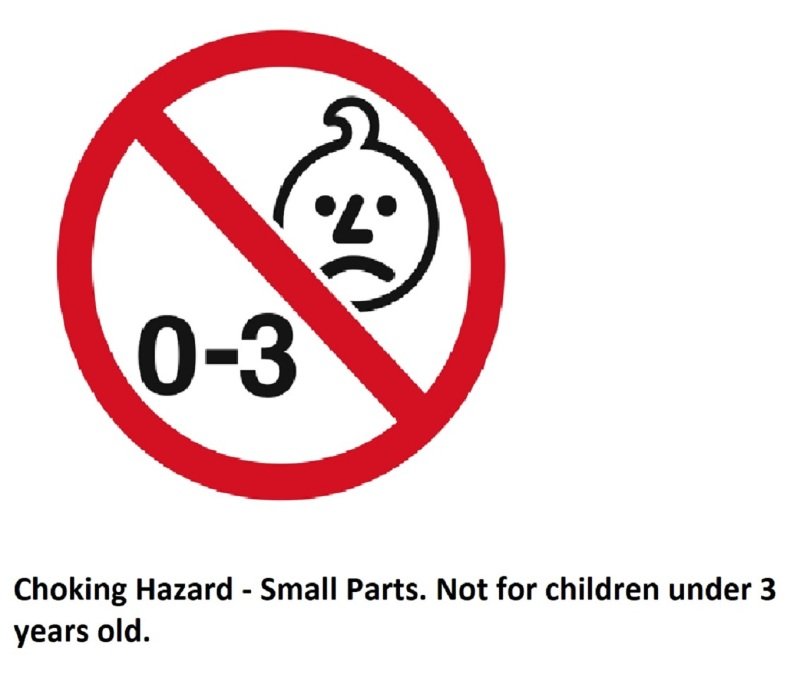 Robot wars in your living room.

Remote controlled robots will battle each other to the finish.

Arm your robot and send it into battle.  The fight will be ferocious and full of action.

The two duelling robots will slug it out.  But there can only be one winner.  One of the robots will lose its head.

But don't worry.  You can reassemble the loser.  Within seconds it will be ready to return to combat.

The handy remote control unit puts you in charge.

Move your robot forward, back, left or right.  Bring its weapons into play and choose whether to attack or defend.  But you have to be quick.

Only the most skilled operators will win the battles.

The robots body can rotate through 360 degrees.  But its wheeled base provides all the stability and manoeuvrability you need to beat your opponent.

How to win the battle

The action is fast and furious.  But land a blow on the other robots chest button and the battle is over.

Its head will fly off.

What's in the box?

Each robot requires four AA batteries with a further two AA batteries required for each control unit.  Batteries are not supplied but can be purchased here.