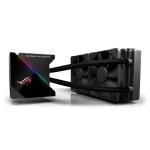 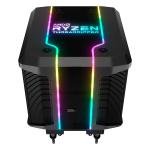 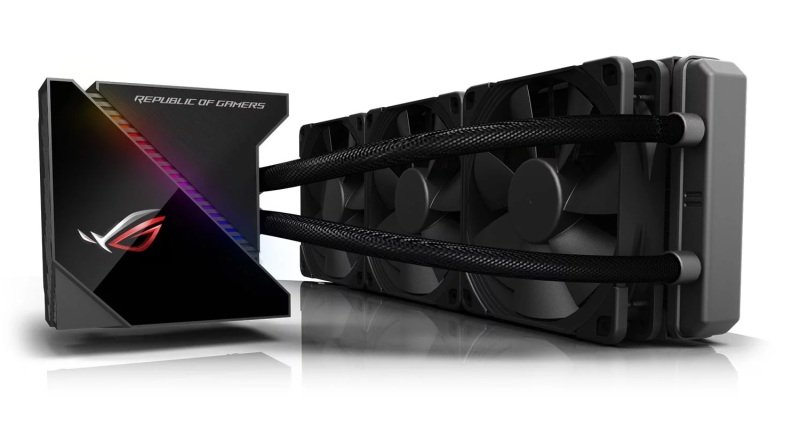 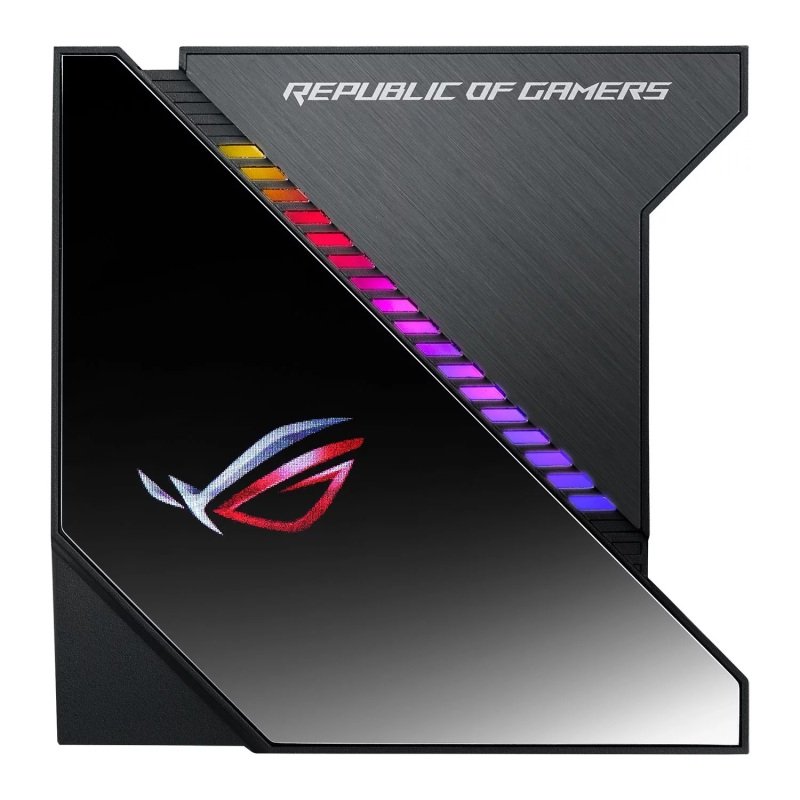 ROG Ryujin is the flagship all-in-one cooler for high-end builds designed to deliver the best thermal performance. Featuring Noctua IndustrialPPC fans for cooler and quieter operation, plus an embedded fan in the pump housing for additional cooling to the VRM and M.2, ROG Ryujin keeps your system running its absolute best. Coupled with a LiveDash OLED that displays system stats or custom graphics and Aura Sync RGB lighting, ROG Ryujin is the ultimate thermal solution destined to become a vital part of your gaming rig.

ROG Ryujin meets the thermal challenges of the latest multi-core CPUs with industrial-grade Noctua iPPC-2000 PWM fans on the radiator that deliver high performance and low-noise operation. The 120-mm fans generate 122 CFM of airflow at 2,000 RPM yet are extremely efficient with a 29.7-dB(A) acoustic footprint that's much quieter than competing fans.

While powerful, liquid cooling does not circulate air around the CPU socket like a traditional heatsink and fan. ROG Ryujin overcomes this limitation with a 60mm fan embedded in the pump housing that circulates air to the CPU VRMs, M.2 slot and surrounding components to dramatically reduce temperatures for improved performance and stability.

ROG Ryujin is the world's first AIO cooler to feature an embedded 1.77-inch LiveDash color OLED that displays useful system information*, such as temperatures, voltages, fan speeds, or frequencies. You can also customize LiveDash to display a customized image or animation** highlighting your clan insignia or gamertag.

The LiveDash software utility lets you easily customize ROG Ryujin's LiveDash OLED display and RGB lighting effects. Select which system stats to monitor, choose personalized GIFs and images to display, and control RGB lighting from an intuitive interface that arranges settings in a step-by-step flow from top to bottom.

Infused with Aura RGB lighting in dramatic slash patterns on the shroud, Ryujin exudes a vibrant glow that highlights the CPU at the heart of your build

The impact of Aura RGB lighting can be further enhanced with ASUS Aura Sync, which allows harmonized lighting effects with other Aura-enabled system components and external accessories. Aura software give you complete control of lighting across all compatible devices, letting you dial in the vibe you want to display quickly and easily.

ROG Ryujin is compatible with a wide range of Intel and AMD motherboard platforms, giving you the flexibility to pair it with your choice of processor. It also comes fitted with 38cm of tubing to make mounting and routing easier.

AMD: AM4, TR4* *the mounting bracket is bundled with TR4 processor package