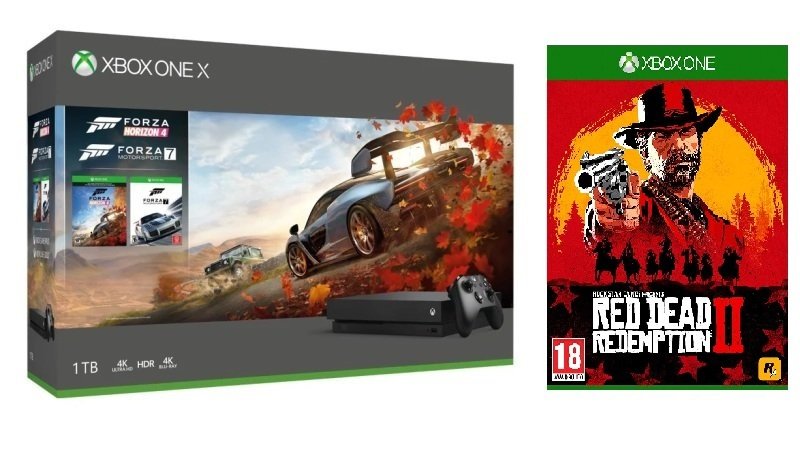 Enjoy the largest and most diverse Horizon car roster yet, including over 100 licensed manufacturers.

In the new open-ended campaign, everything you do progresses your game.

Trucks racing through the mud in Forza Horizon 4

Real players populate your world. When time of day, weather and seasons change, everyone playing the game experiences it at the same time.

This is Britain Like You've Never Seen it. Discover lakes, valleys, castles and breathtaking scenery all in spectacular native 4K and HDR on Xbox One X and Windows 10.

Torn between ideals and loyalty

America, 1899. The end of the wild west era has begun as lawmen hunt down the last remaining outlaw gangs. Those who will not surrender or succumb are killed.

After a robbery goes badly wrong in the western town of Blackwater, Arthur Morgan and the Van der Linde gang are forced to flee. With federal agents and the best bounty hunters in the nation massing on their heels, the gang must rob, steal and fight their way across the rugged heartland of America in order to survive.

As deepening internal divisions threaten to tear the gang apart, Arthur must make a choice between his own ideals and loyalty to the gang who raised him.