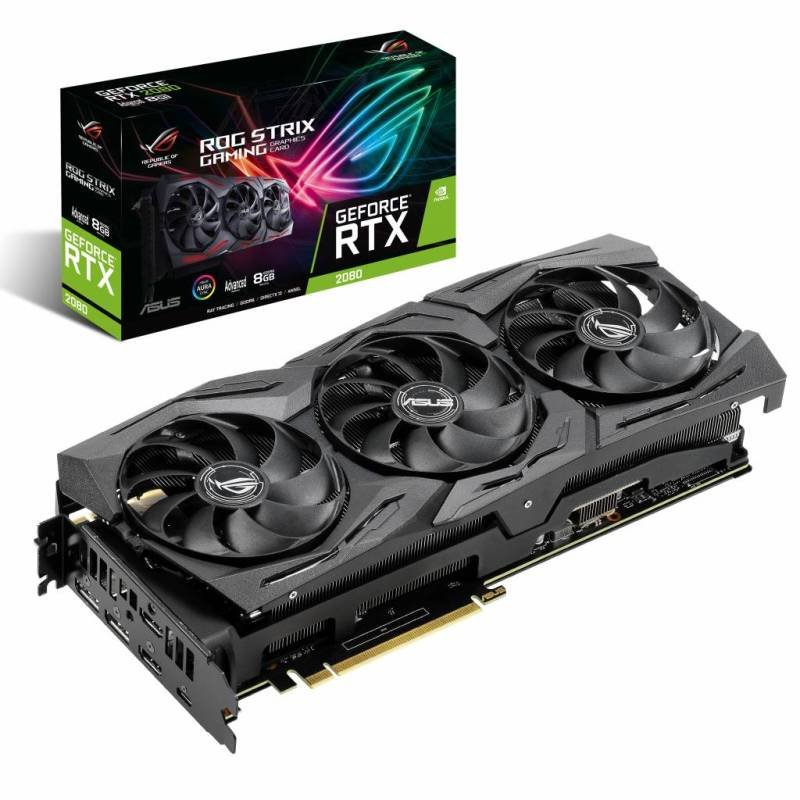 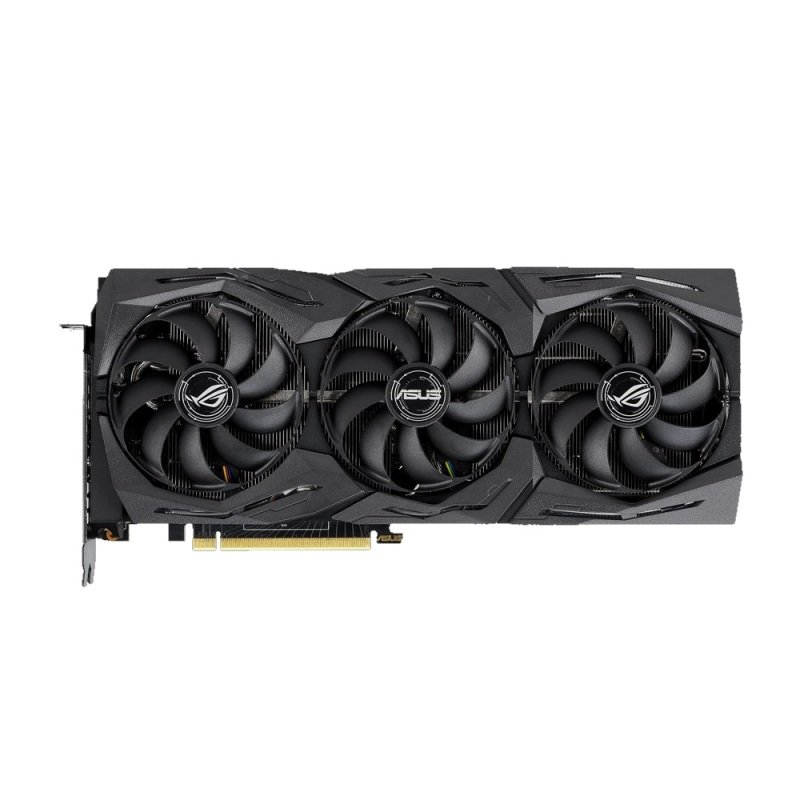 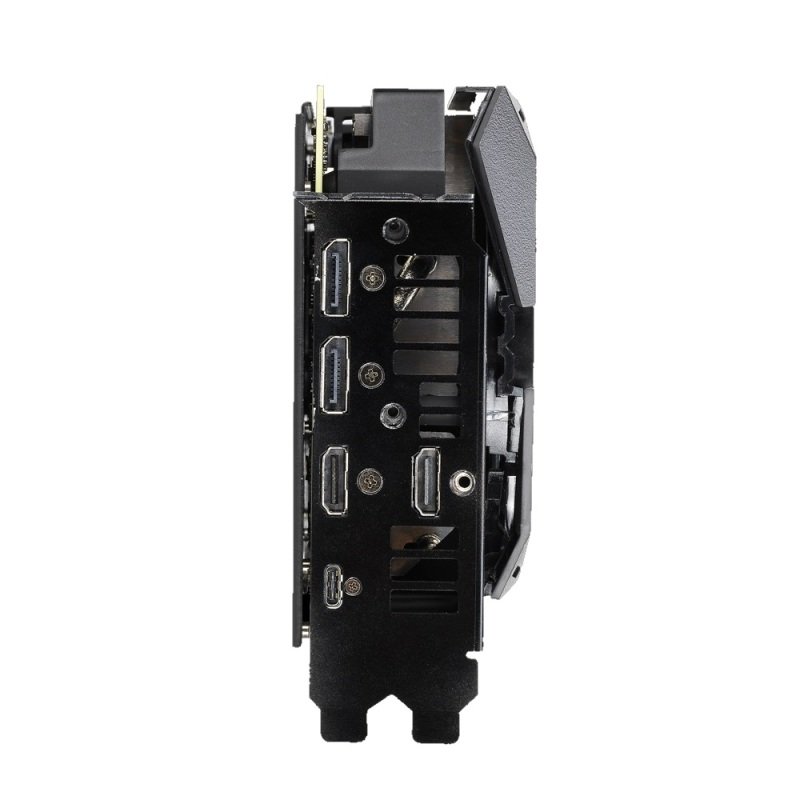 The ROG Strix GeForce RTX™ 2080 teams up NVIDIA®'s A-list GPU with an elite cast of specialists, setting the stage for epic gaming action. Gargantuan power delivery provides the muscle to push overclocking boundaries, while cooling that's honed to perfection keeps the spotlight squarely on Turing™'s performance. And with an arsenal of utilities that allow you to customize and tweak this extreme hardware, you call the shots.

To keep Turing™'s temperatures under tight control, we've brought a larger cooler to the table, which necessitates a more powerful and efficient fan that must maintain a whisper-quiet acoustic profile. Axial-tech meets these three design challenges by implementing our latest innovations for fan performance. We've reduced the size of the fan's hub to allow for longer blades and added a barrier ring that increases structural integrity and downward air pressure through the ROG Strix GeForce RTX™ 2080's heatsink array. And we've also implemented IP5X dust resistance to seal the fan's internals from particle ingress to keeps things running smoothly. The new design allows Axial-tech fans to shift more air and spin at higher speeds without increasing noise levels.

All ROG Strix graphics cards are produced using Auto-Extreme Technology, an automated manufacturing process that sets new standards in the industry. Traditionally, soldering of through-hole and surface-mounted components needs to be performed in separate stages. Auto-Extreme Technology allows all soldering to be completed in a single pass, reducing thermal strain on components and avoiding the use of harsh cleaning chemicals. The end result is less environmental impact, lower manufacturing power consumption, and a more reliable product.

The ASUS GPU Tweak II utility takes graphics card performance tuning and to the next level. It allows you to tweak critical parameters including GPU core clocks, memory frequency, voltage settings, and more with the option to monitor everything in real-time through a customizable on-screen display. From fine-grain performance tuning to advanced fan control, GPU Tweak II has all the tools you need to get the most out of your graphics card.

The ROG Strix GeForce RTX™ 2080 features Aura RGB lighting on both the shroud and backplate. Get Aura Sync software to connect your compatible products for a completely customized gaming setup. You can sync to music, change color based on temperature, or select from a large number of patterns and static options, so make sure to look out for the Aura Sync logo when you're picking parts for your build.

Do you prioritize low core temps or low noise levels? Performance mode will let the fans spin up to keep the card running cool all the time. Quiet mode keeps the same power target and top-end settings, but offers a less aggressive fan curve for quieter operation at medium temps. For even more customization and control, check out our GPU Tweak II software.