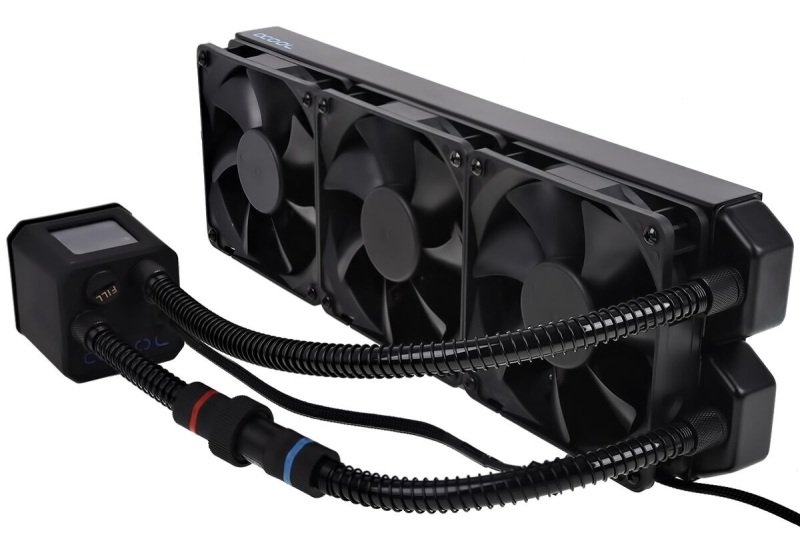 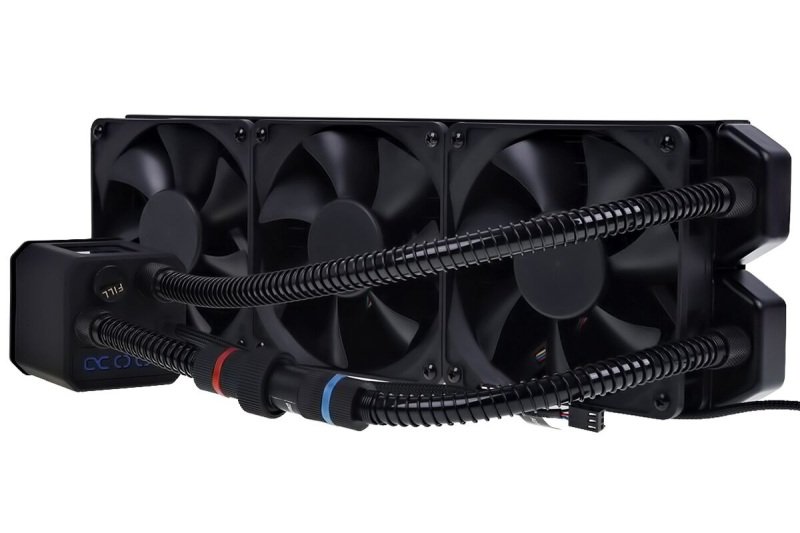 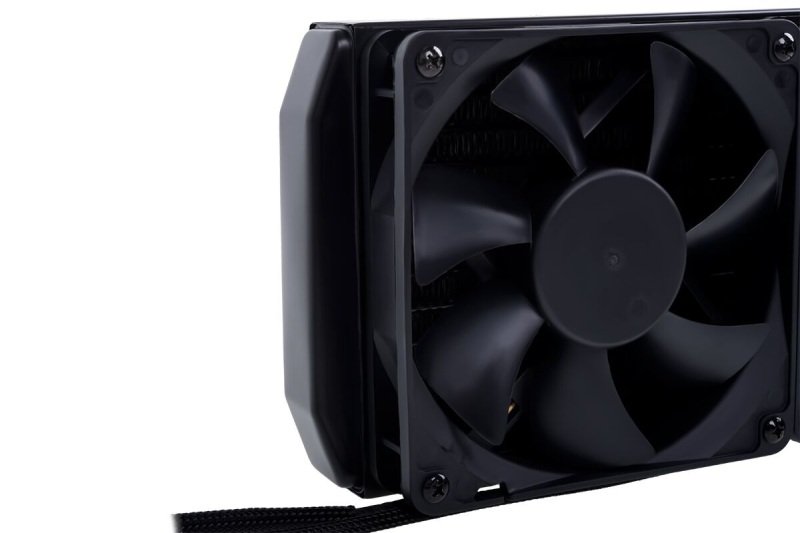 From the experts at Alphacool comes the modular complete water cooling Eisbaer . It heralds the Eisbaer Ready range , with which further Eisbaer products can be easily integrated into an existing system. The Eisbaer AiOs from Alphacool are particularly inexpensive and yet equipped with high-quality components that come from the proven repertoire of Alphacool, such as the popular NexXxoS Radiator series , which serve as the basis for Eisbaer radiators .

- CPU cooler made of solid copper with integrated pump

- Pre-filled and easy to refill

- Copper instead of aluminum and a proven concept

The radiator used is a long-proven high performing product from the Alphacool range meaning the AIO can offer optimium performance. Based on the design of the Alphacool NexXxoS radiator, but with a major change: The radiators are now only 25 mm deep and so fit into housings that do not offer so much space between the motherboard and cover. In addition, the radiators have two cooling chambers and are made of copper , which significantly increases the cooling efficiency. The low fin density also ensures that the fan is sufficiently cooled even at low speeds.

The 120 mm Ice Wind 12 fan also comes from Alphacool and was specially developed for use on radiators. With 1.66 mm H2O, they generate enormous air pressure to force cool air through the fins of the radiator. The fans are controlled by the PWM connector of the mainboard, a PWM Y adapter is included with the kit . Here, the number of revolutions from 550 to 1700 can be set to be.

The underside of the block, which serves as the CPU cooler, is also made of copper and has a finely corrugated surface on top, while the bottom is smooth to ensure the perfect contact to the CPU. This makes the transfer of waste heat from the CPU to the heat sink extremely efficient. On it is the DC-LT Ceramic Ultra Low Noise pump , also from Alphacool. Powered by a 3-pin Molex adapter, it delivers a flow rate of up to 70 liters per hour at a maximum of 2,600 rpm . It is particularly quiet and can also be regulated between 7 and 13.5 volts .

Because it is a complete water cooling system, of course no hoses need to be attached to the AiO during installation. Nevertheless, Alphacool has equipped its system with quick-release closures that allow the Eisbaer to upgrade easily. They are compatible with the Alphacool HF quick-release fasteners . Thus, the inexpensive Eisbaer can easily expand to other components or hose