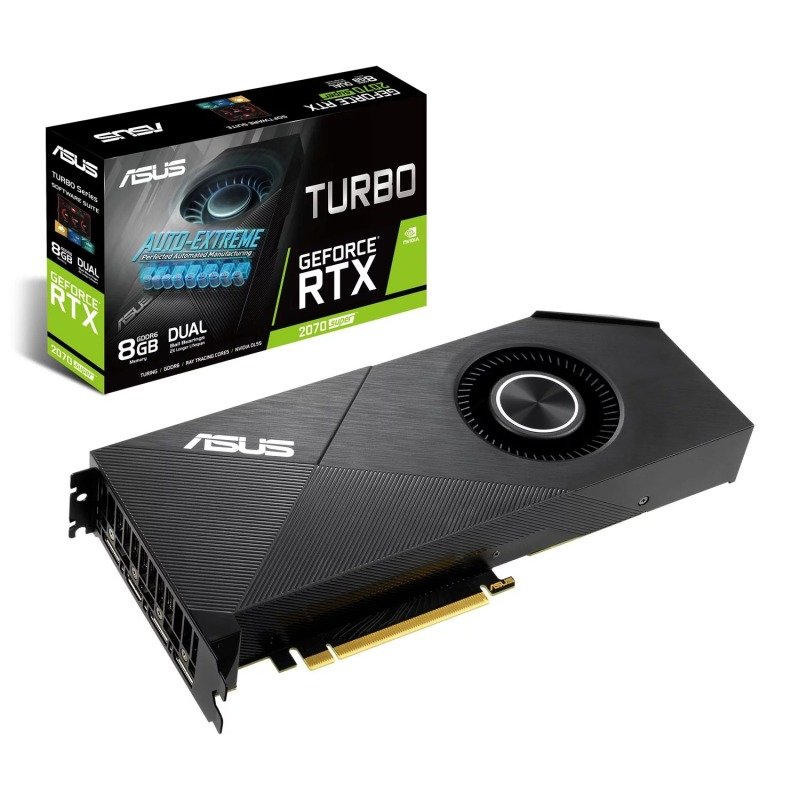 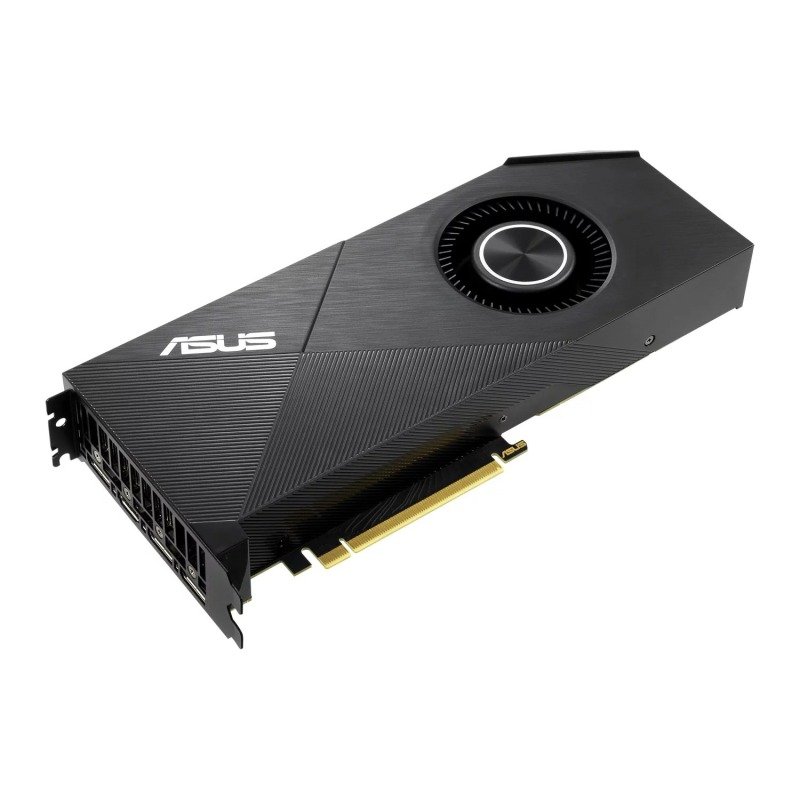 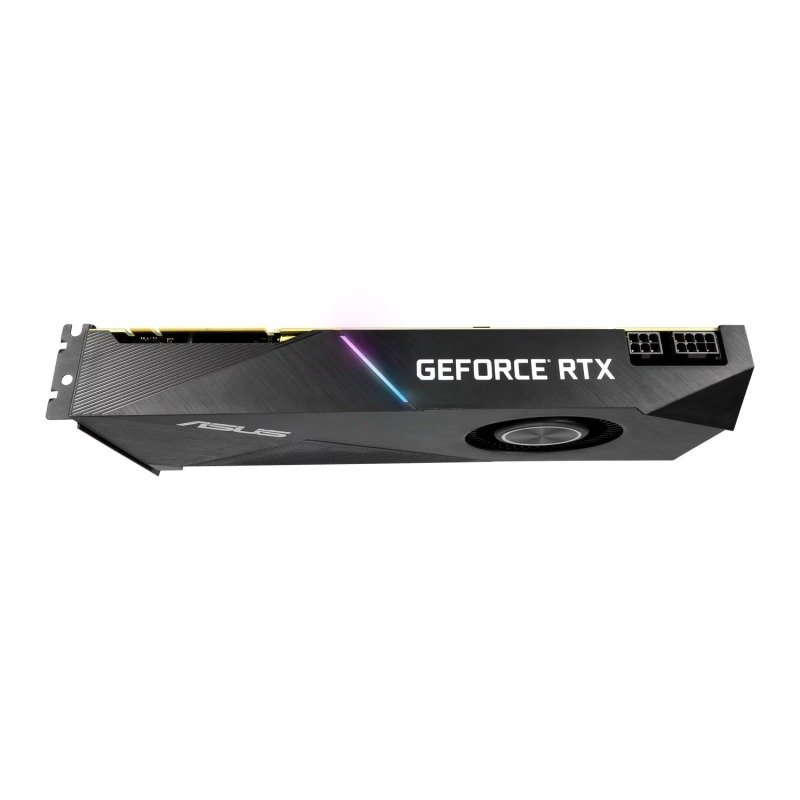 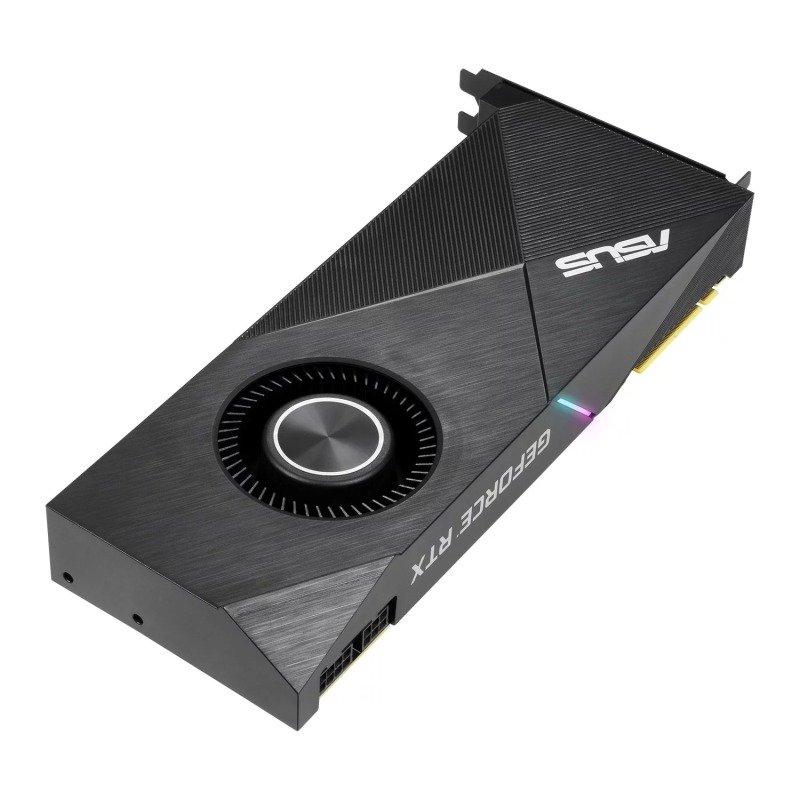 The ASUS Turbo GeForce® RTX 2070 SUPER™ EVO is designed from the ground up for systems with restricted airflow. With an emphasis on durability and longevity, the Turbo incorporates a host of subtle design optimizations that will improve airflow and increase reliability, even in cramped quarters.

The Turbo GeForce® RTX 2070 SUPER™ EVO features a new shroud that's designed to look sharp while optimizing cooling on several fronts. Parts of the shroud surrounding the fan intake have been raised to create a buffer between other cards in multi-gpu setups and space-restricted chassis. This physical buffer is paired with an angled shroud surface that funnels cool air to a large 80mm fan to ensure Turing™'s thermals remain under control in any scenario.

Different bearing types have unique pros and cons. Ball bearings excel at durability and can last up to twice as long as sleeve bearing designs.