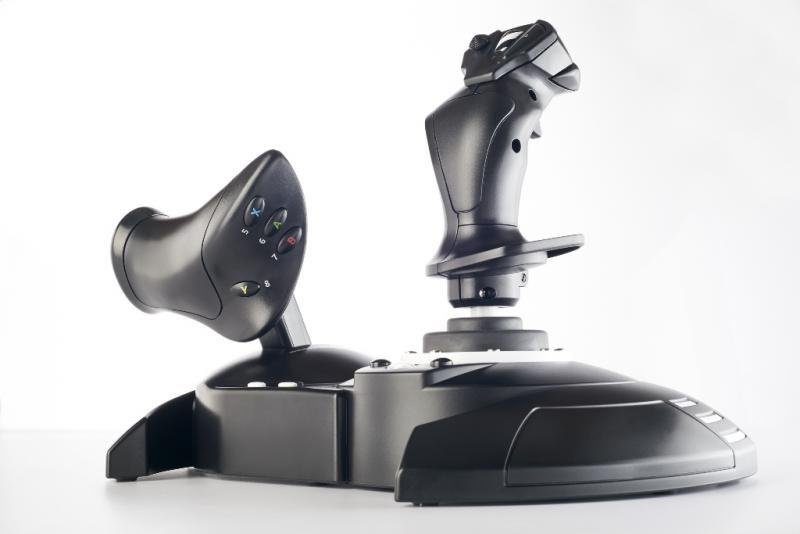 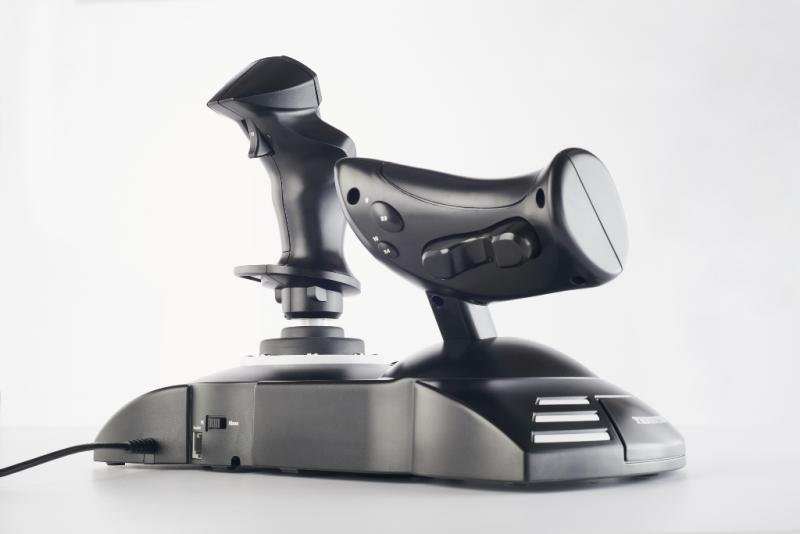 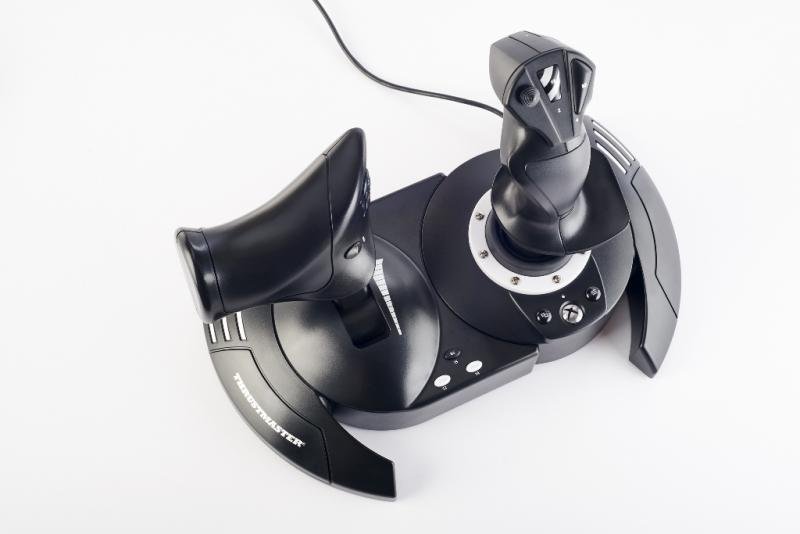 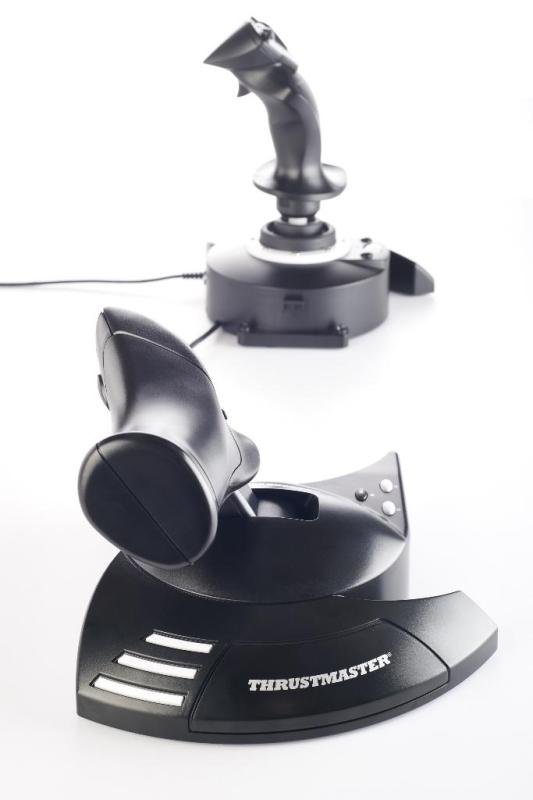 THRUSTMASTER T.FLIGHT HOTAS ONE FLIGHT STICK FOR XBOX ONE & WINDOWS
T.Flight Hotas One, an officially-licensed joystick for Xbox One and Windows, provides a high level of realism: the stick includes five axes, fourteen action buttons, a rapid-fire trigger and a multidirectional hat switch (navigation/panoramic view), all of which are easily accessible. The throttle - detachable and full-size for easy maneuverability, even in virtual reality - provides super-responsive power. The dual rudder system can be engaged by rotating the handle (with an integrated locking system) or via the progressive tilting lever. The T.Flight Hotas One includes official buttons for the Xbox One console (Guide/View/Menu): access social features, switch between the game and the console, navigate through the console's menus, etc. REALISTIC, ERGONOMIC JOYSTICK
In real life, the flight controls used by pilots include a stick and a throttle: this combination is extremely effective in terms of performance and precision. The T.Flight Hotas One provides the same level of realism. The joystick's realistic, ergonomic design is perfectly adapted to all types of flight (aerial combat, space adventure, civil flight, etc.). The wide hand-rest helps gamers keep their hand in a very stable and relaxed position, allowing the stick to react to even subtle movements. Adjust the stick's resistance according to your needs and preferences. The base is weighted, for enhanced stability during gaming sessions.
DETACHABLE THROTTLE
The joystick includes a full-size throttle, which you can use to easily control the acceleration of your aircraft. The throttle is detachable and may be positioned in either of two different ways: DUAL RUDDER SYSTEM
The joystick features a rudder function, which in a plane corresponds to the pedals used by the pilot to turn the steering, allowing the plane to pivot around its vertical axis (therefore making the plane turn left or right). This rudder function is accessible by rotating the joystick's handle (with integrated locking system), or via the progressive tilting lever.
ECOSYSTEM  The T.Flight Hotas One joystick is part of Thrustmaster's flight simulation ecosystem. It is therefore compatible with the T.Flight Rudder Pedals - the first rudder to feature the S.M.A.R.T (Sliding Motion Advanced Rail Tracks) slide rails system, for smoother turns.
BOX CONTENTS