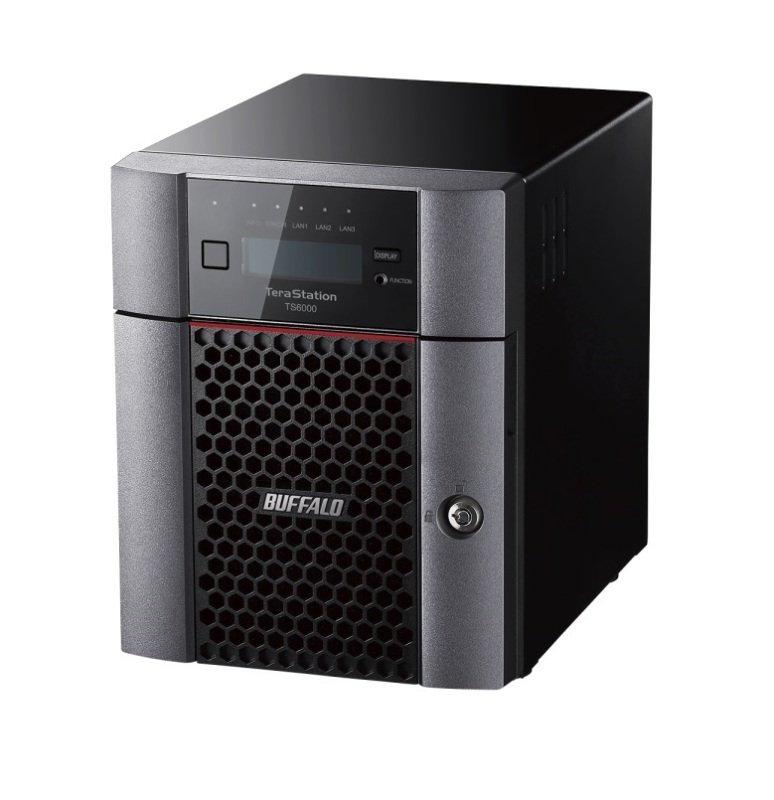 The TeraStation™ 6000 NAS series has been especially designed for small and medium sized businesses in need of a highly reliable network storage solution with advanced backup features, powerful hardware and iSCSI protocol.

Thanks to snapshot and snapshot backup functionality, restoring files after editing mistakes or accidental deletion can be done easily and fast. Backups can be performed without errors during the day while employees are working on the files. This makes the TS6000 an ideal file server solution for compa-nies working with CAD data and photo or video editing agencies. Performing snapshots regularly is also a great measure against ransomware attacks.

iSCSI Volume Backup is another key feature of TS6000. If TS6000 is used to expand storage capacity of a server, the iSCSI volume backup allows data to be transferred directly from one TS6000 to another TS6000, without having to go through the server and thus reducing the server load significantly.

Thanks to its integrated 10GbE port and Intel Atom® processor with 8GB ECC RAM the TS6000 series is a powerful and fast NAS solution capable of performing multiple backups and being accessed by several servers at the same time. In fact it can be accessed by more than 50 clients with heavy load simultaneously.

The TeraStation 6000 series available in 2- and 4-bay desktop and 4-bay rackmount configurations and comes populated with NAS grade hard drives and total capacities of up to 32TB.