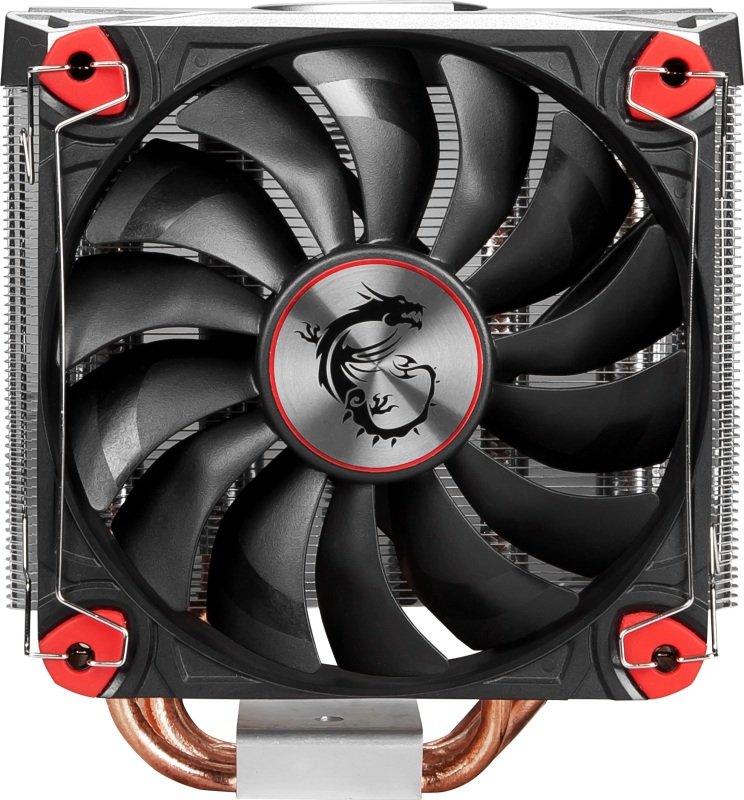 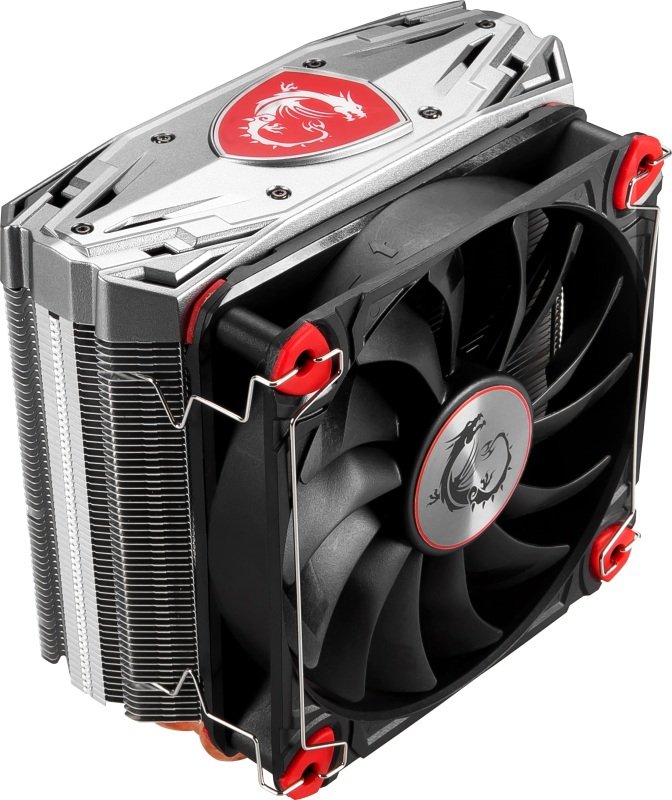 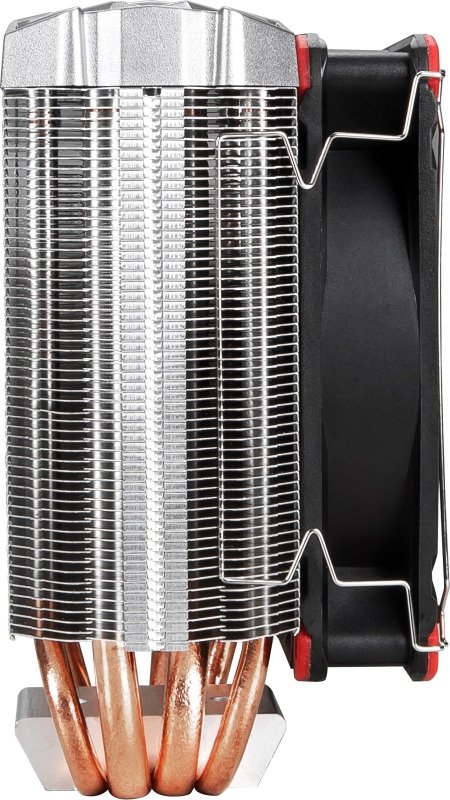 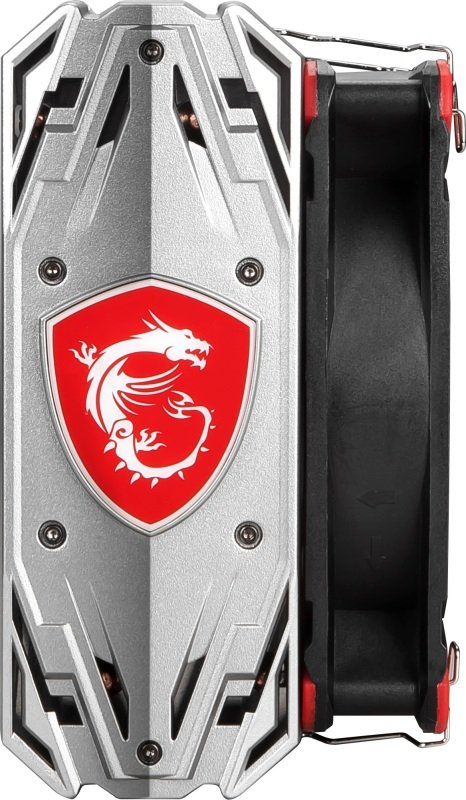 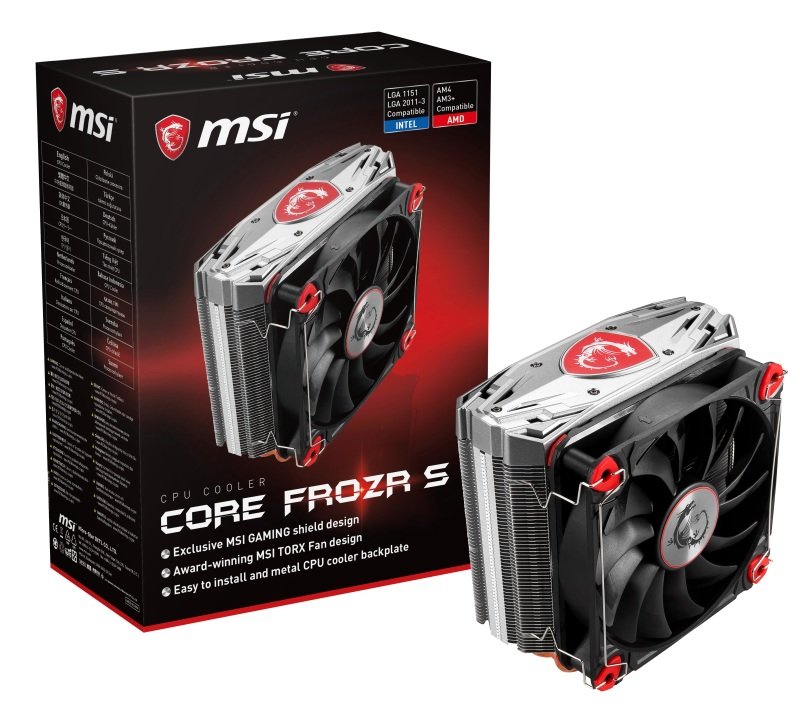 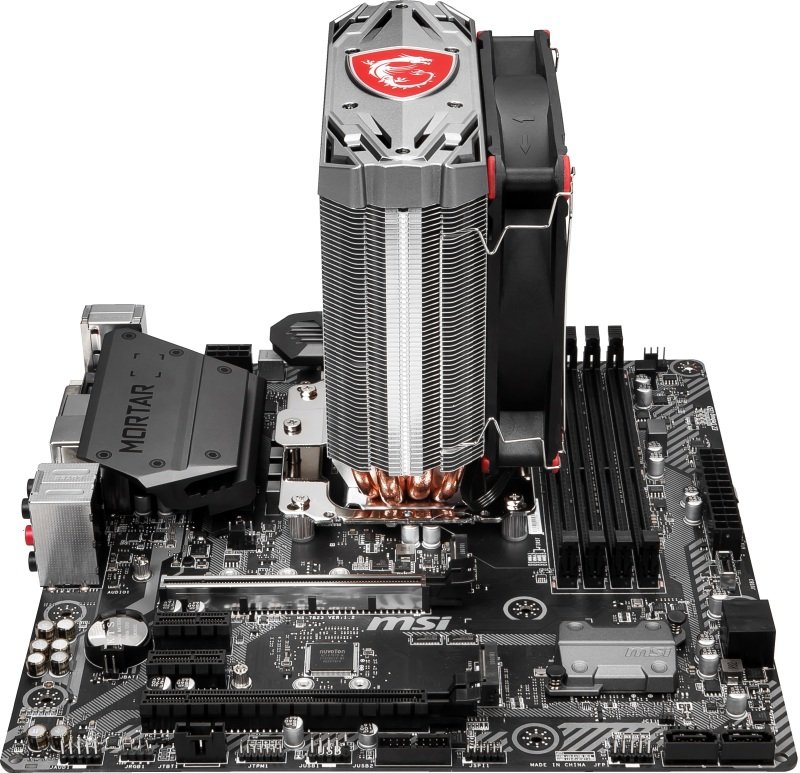 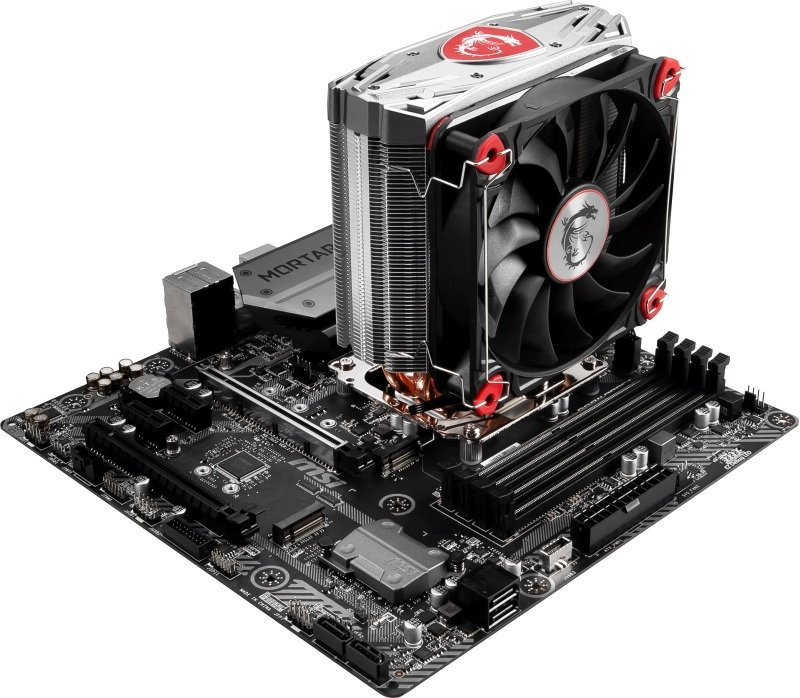 WE KEEP IT COOL, YOU GET TO FRAG

Games are brought to life through high performance hardware which can get pretty hot in the thick of battle. The cooling of components can make all the difference when you need your hardware to keep its cool for a smooth gaming experience.

The MSI Core Frozr S has been designed using all the experience and cutting-edge technologies of MSI GAMING products to provide best-in-class thermal performance.

Has a steeper curved blade which accelerates the airflow, increasing its effectiveness.

Pushes down a steady airflow to the massive heatsink below.

A SOLID BASE FOR GAMING

Core Frozr S uses a solid aluminium baseplate which creates a large highly conductive area that catches the heat from the CPU and efficiently passes it on to the connected heat pipes.

Four heat pipes reach up from the baseplate into an impressive array of aluminium fins. The fins are equipped with Airflow Control technology to direct the flow of air precisely onto the heat pipes for more efficient heat dispersion.

Every tiny detail counts when it comes to creating the ultimate thermal design, which is why Core Frozr S uses a Premium Thermal Compound to ensure lasting and reliable thermal performance.

An additional set of 120mm fan bracket is included to support the use of dual fans in a push-pull configuration for additional cooling performance.

EASY INSTALLATION ON INTEL AND AMD

Supports all popular Intel and AMD sockets and can be fitted with an easy to use mounting system.

The Core Frozr S also includes a CPU backplate which gives more support for both the motherboard and the cooler to prevent any damage through years of usage or the occasional bump during transport.