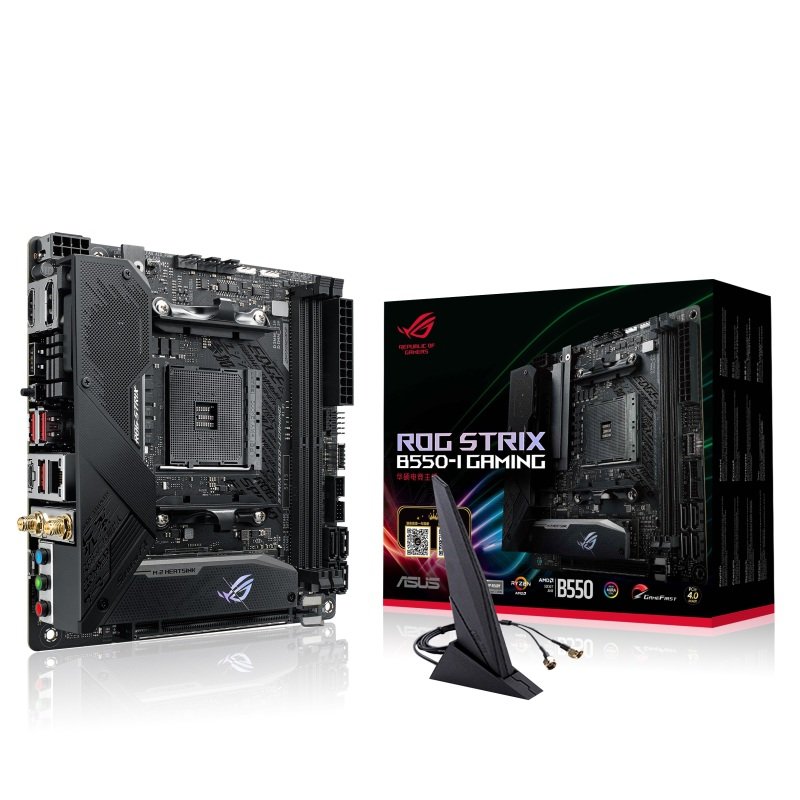 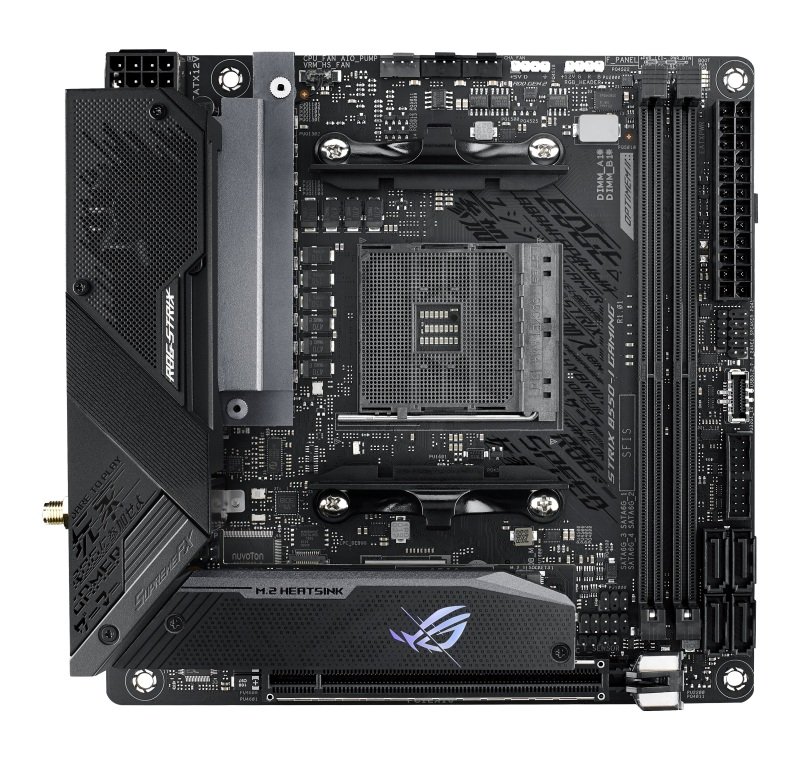 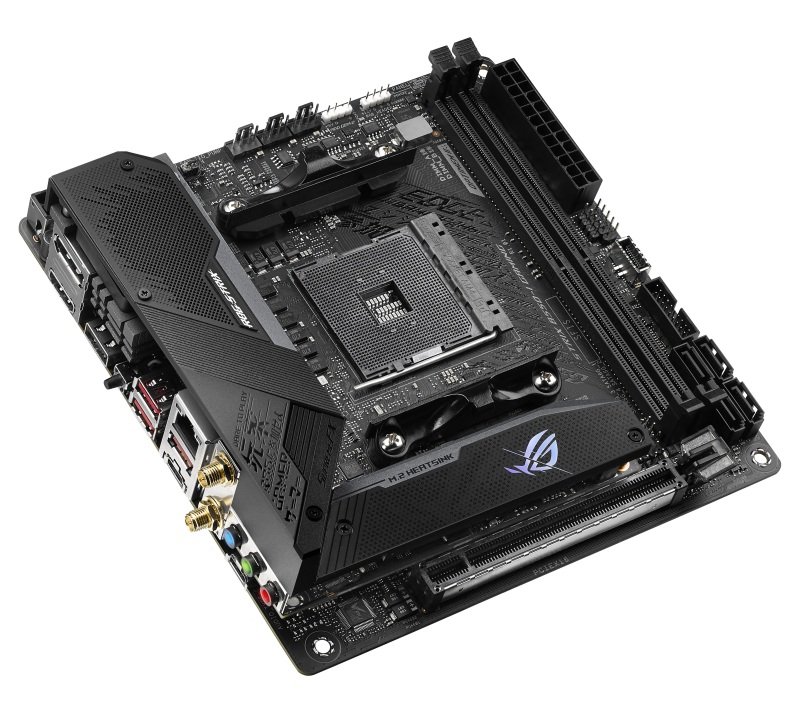 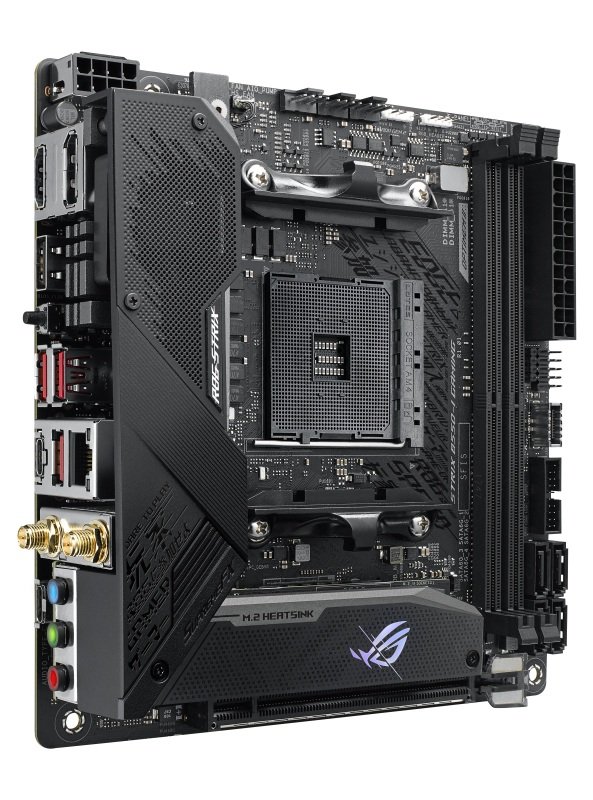 ROG Strix B550-I Gaming is PCIe® 4.0-ready and provides the latest connectivity options for supersmooth networking and blisteringly fast file transfers. Audio enhancements give you a massive advantage, allowing you to pick up on the subtlest of cues for a completely immersive gaming experience.

ROG Strix B550-I Gaming provides robust power delivery to fuel Ryzen's cores, comprehensive cooling, and support for faster memory - so it has everything you need to load up your build with high-performance components for playing in the big leagues.

Take care of complex tuning with just one click. ASUS 5-Way Optimization is a system-wide tuning utility that overclocks the processor and tunes fan speeds to ensure the best balance between cooling and acoustics. The automated CPU tuning feature of 5-Way Optimization leverages the same onboard intelligence as AI Overclocking, but goes further by running a Prime95-based stress test that continually monitors the system.