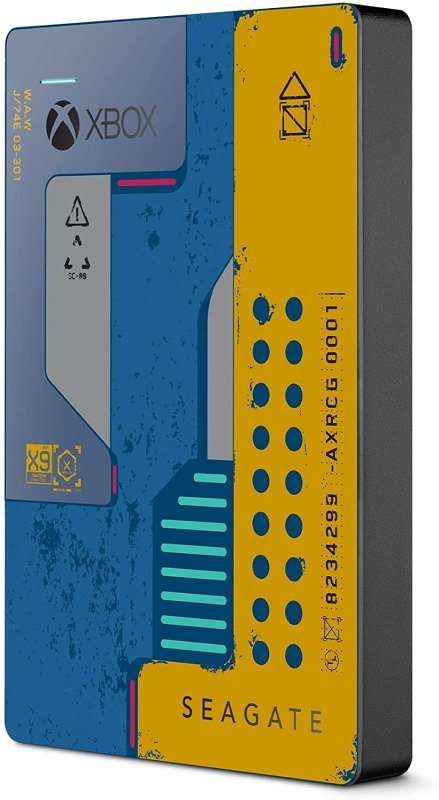 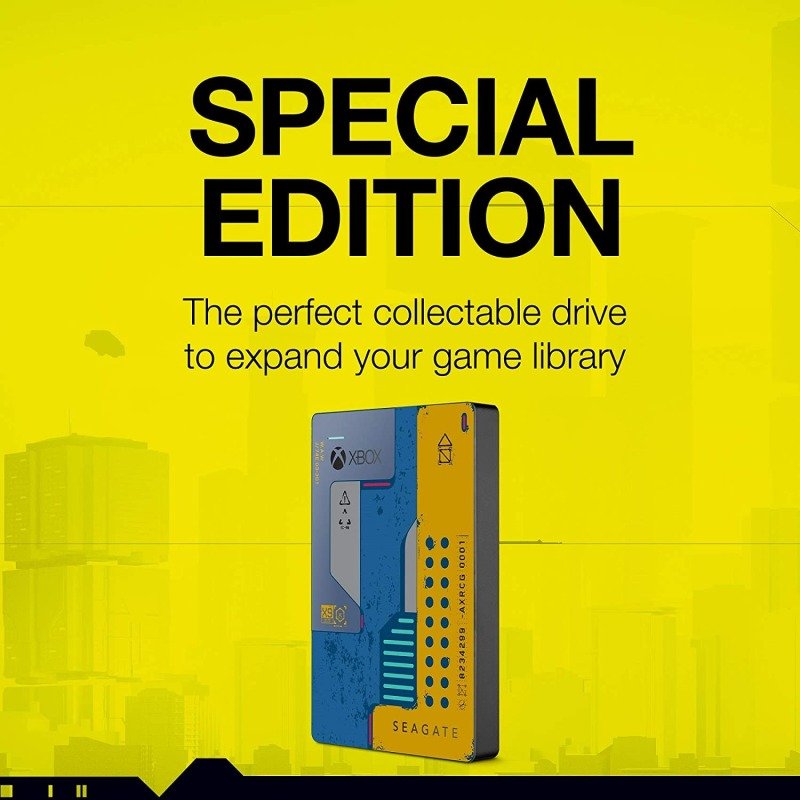 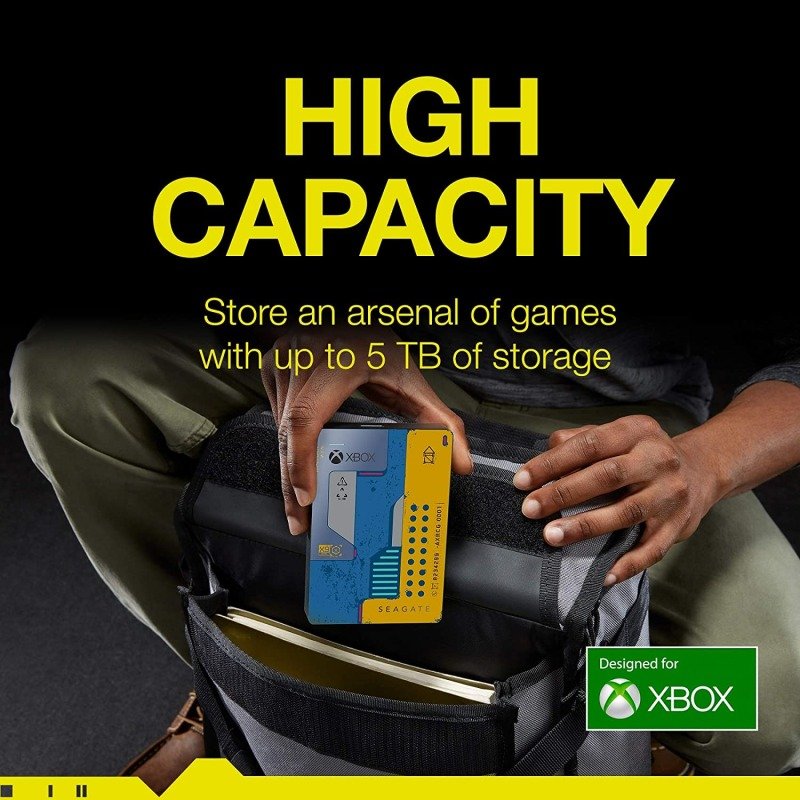 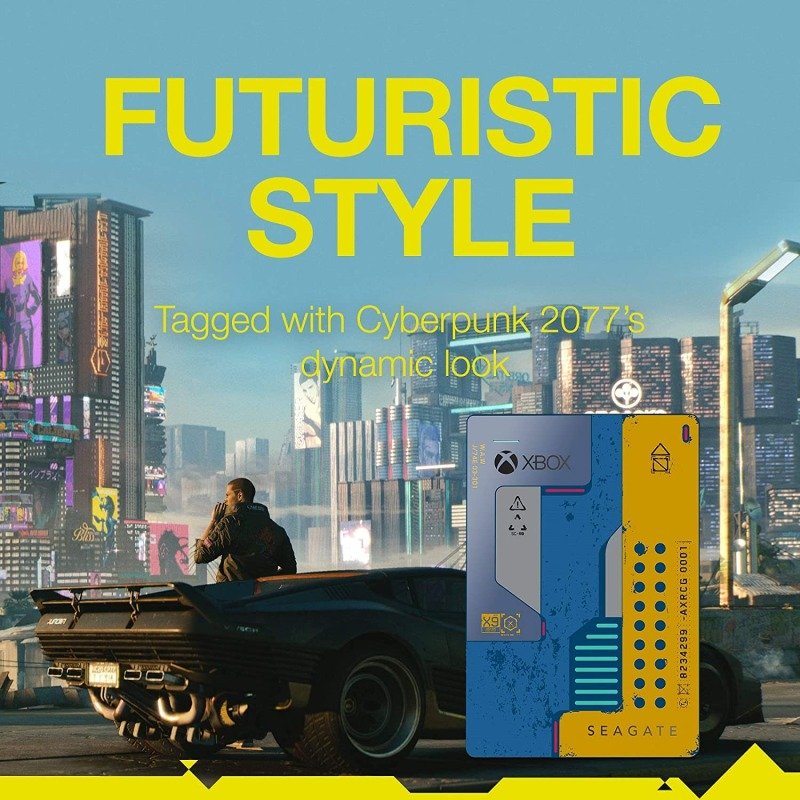 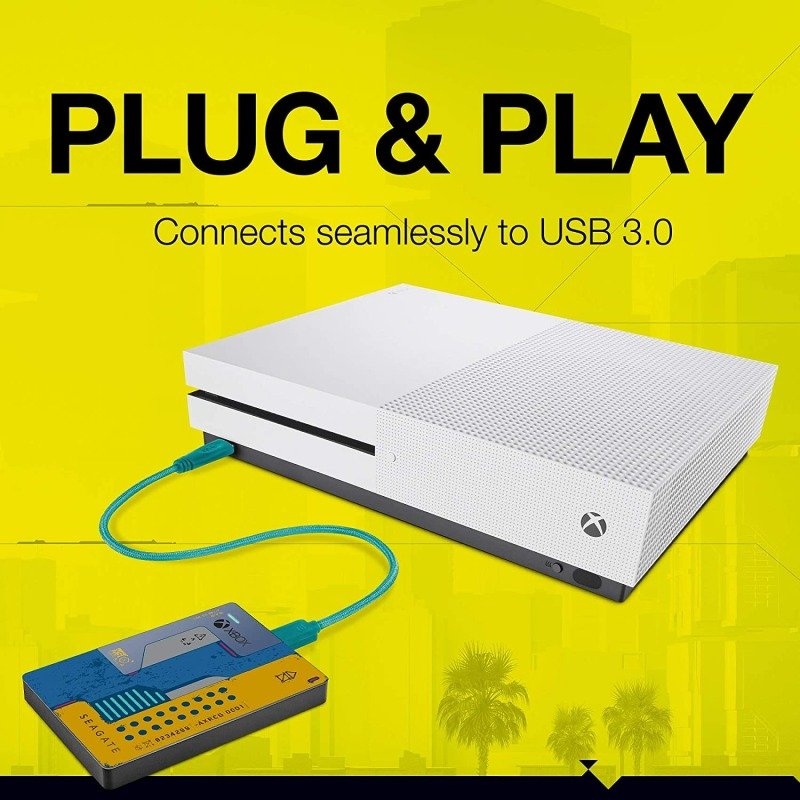 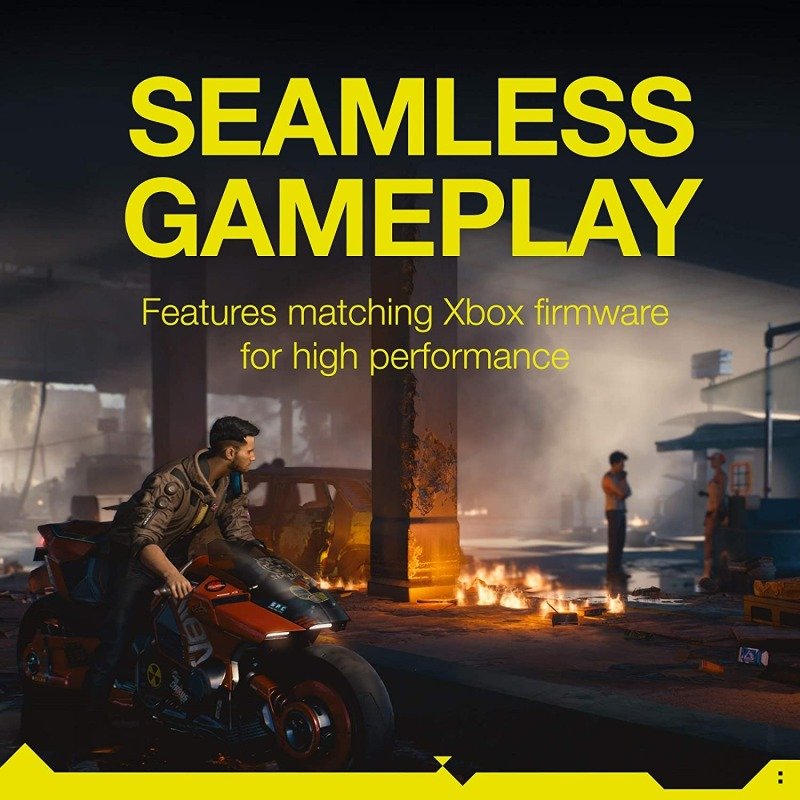 The world is yours, hack it with the officially-licensed Cyberpunk 2077 Game Drive for Xbox.

Add-On Storage for Your Xbox One

Nothing says "Game Over" for the Xbox One experience like an overloaded hard drive. Boost your console's storage capacity with the Seagate® Game Drive for Xbox, the only external drive designed exclusively for Xbox One. In a slim size that fits in your pocket, you can store your current game collection and downloadable content - with tonnes of space left over for your next most anticipated games.

With up to 5TB of additional storage for your Xbox One, you can save the world - or even the galaxy - and all the games that are worth keeping. Free up space on your console's internal drive while consolidating 50+ (with 2TB, 125+ with 5TB) Xbox One games into a single location. Plug-and-play functionality gives you instant power up.

Xbox automatically detects your drive and walks you through a hassle-free setup process that will have your drive game-ready in minutes. Game Drive uses the same firmware as Xbox consoles for high performance and seamless gameplay. Unplug the Seagate Game Drive and take your entire game library to a friend's house. It's small enough to slip into your backpack and doesn't need a separate power cord, so you can play your games but eat their snacks.

Game Drive for Xbox is compatible with Xbox One, Xbox One S, or Xbox One X, and plugs directly into any USB port in your console.