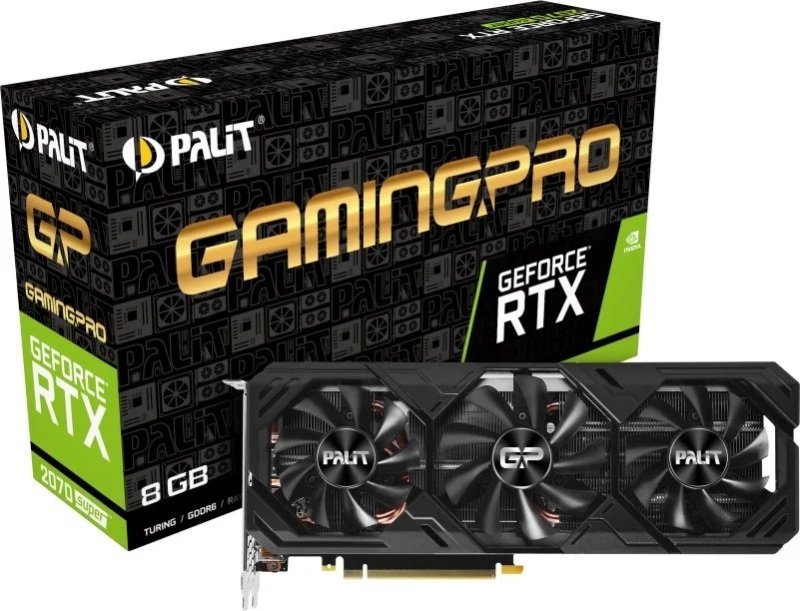 Now the new GeForce® RTX SUPER™ Series has even more cores and higher clocks, bringing you performance that's up to 25% faster than the original RTX 20 Series. It's time to gear up and get super powers.

GeForce RTX™ features a dedicated hardware encoder that unlocks the ability to game and stream simultaneously with superior quality. RTX graphics cards are optimized for your favorite streaming apps, like Open Broadcaster Software (OBS), to provide maximum performance for your live stream.

Get smooth, tear-free gameplay at refresh rates up to 240 Hz, plus HDR, and more. This is the ultimate gaming display and the go-to equipment for enthusiast gamers.

Get the highest levels of performance, and the smoothest experience possible, from the moment you start playing.

The color lighting from RGB LED can be changed in accordance with graphics temperature. The temperature can easily be identified by different colors from the external appearance of the graphics card. Gamers can choose from 16.8 million colors to suit their own style and preferences.

Keep Silent while you are experiencing the multimedia application and general workload. The operating fans only occurs while working on heavier loading such as gaming that the GPU temperature surpasses 60°C.

DrMOS, originally only available for high-end server CPUs, is now available in all its glory in the next generation of Palit graphics cards. DrMOS offers high current circuits, low noise operation, and effective reduction of heat generating.

Palit enhances the ThunderMaster - the brand-new utility to tap into this powerful GeForce RTX™ 20 series card.