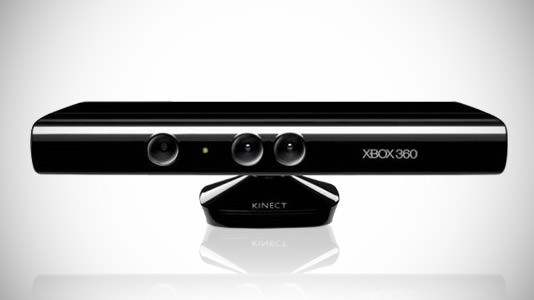 This machine will get you off the sofa

The Kinect builds upon the controller revolution started by the Nintendo Wii. By getting rid of the controller completely and making the console react to your movements it has opened up gaming to casual players and added a whole new element to more seasoned gamers.

With simple hand gestures you can navigate menus and operate your Xbox. The sensor is surprisingly accurate and although there is a tiny amount of time lag between your movement and the movement on screen, it is not enough to stop you enjoying yourself.

Bundled with the Kinect sensor is Kinect Adventures, which is an excellent introduction to using Kinect. The game consists of various stages where your actions control the game. There is a wide variety of stages, each requiring different movements. For example, one level requires you to bounce a ball at targets. You start by swinging your arm to unleash the ball, then using your entire body to try and reflect the ball back onto other targets.  Another game is set in an aquarium which keeps springing leaks. Using your hands and feet you block the leaks and earn points.

Whilst being good fun, Kinect Adventures might be a little childish for some tastes. A much better option is Dance Central, which allows you to demonstrate your dancing skills to a variety of songs.  Your efforts are rated at the end and throughout you are given encouragement if you perform a certain move perfectly. Because the Kinect is so sensitive, it can track the exact position of your arms and legs, making dance games on other consoles look clumsy in comparison.

The Kinect also features a built in microphone and camera. The microphone can be used to issue verbal commands to the XBOX, and combined they allow you to make video calls to other Kinect users. The image quality is fairly good, and the auto zoom feature means the camera tracks the person talking which is useful.

There is one problem with the Kinect however. It requires quite a lot of space to use. You can angle the sensor so that you can use it fairly close to your television but it does require quite a large virtual ‘square’ in which to track you. Most normal households should not have a problem, but if you live in a small flat, bear it in mind.

The Kinect has launched with a fairly varied collection of games and the promise of some very exciting titles, including a Star Wars release. There are already some interesting fitness titles with additional downloadable content available via XBOX LIVE. Getting gamers off the sofa and on their feet is what the Kinect does best, and because of how it tracks you, it is impossible to ‘cheat’ and sit on the sofa and wave your remote about.

Every XBOX owner should consider getting the Kinect – it turns your normal everyday console into a futuristic gaming device. You can get yours from Ebuyer and be enjoying it tomorrow!

Consumers ‘should make gaming a friendly encounter’
Can gaming get us fit?
To Top