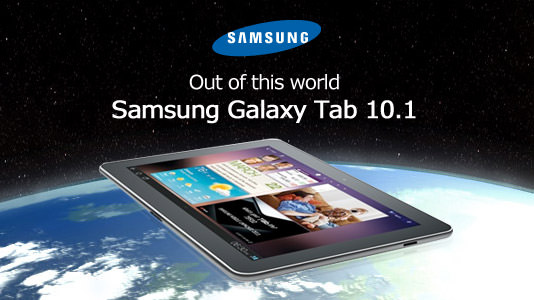 There is no denying that the iPad is the tablet to beat at the minute.

It combines handsome looks with an easy-to-use interface and ticks all of the boxes as to what you would want from such a device.

But the champion could have a new challenger in the future from a company that has had its fair share of run-ins with the California-based firm.

Samsung is eager to gatecrash the tablet computer party and according to one expert, they plan to make quite an entrance as well.

Leigh Geary, editor of CoolSmartPhone.com, said the South Korean electronics giant has plenty in its locker to make a big impact on the market and revealed he is excited about what the company has in store going forward.

I’m particularly interested in the newer Samsung tablets. Samsung has a very strong design team and their kit is beautifully crafted. Handsets like the Samsung Galaxy S II have sold well, so I expect more of the same from their new tablet range,

It will be good to see Apple and Samsung battle it out in the electronics arena rather than the courtroom as has been the case recently.

The American firm secured a temporary EU ban on the Samsung Galaxy Tab 10.1 from being sold in Europe.

According to Apple, the product copies many elements from its flagship iPad and it is less than happy about it.

A patent dispute has been rumbling for some time and Samsung is likely to come back with something pretty special that could well knock Apple off its perch.

Speaking after the ruling in a German court, a spokeswoman for the South Korean company stated it will not take the decision lying down.

It looks like it could be pistols at dawn very soon indeed.