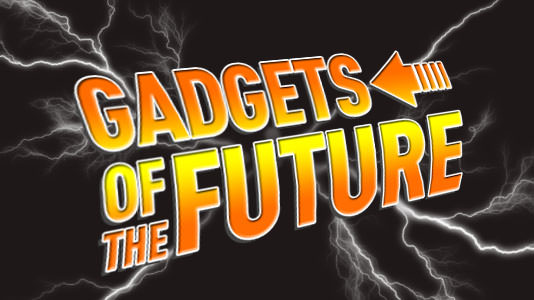 What we might be buying each other in the future

It’s rapidly approaching that time of year again. Halloween has been shunted to one side, in the lead up to the next major event in the holiday calendar. I am, of course, referring to Christmas. And with only a brief 45 days to go before the big occasion (according to santaclaus.com) now is as good a time as ever to begin purchasing gifts for your tech-literate loved ones.

Right now in December 2011, Sat Navs, Netbooks and tablet PCs would make for suitable Christmas gifts. But what does the future hold? Let’s fast forward a few years, and consider what just might be possible by the year 2020.

Remote, channel changer or dib-dib. No matter what it’s called in your house, the humble TV remote has been the necessary controlling mechanism of TV’s for generations. However, the latest technological advances have led to the mass-production and availability of 3D television sets, and the recent release of Siri with the iPhone 4S has spun a new emphasis on the practicalities of voice control.

It’s quite feasible, then, that by 2020 we could be dictating commands to our television sets instead of tapping on a controller, banishing that TV remote for good. Perhaps we can do away with those 3D glasses, too, and enjoy a truly immersive experience without the need for the undeniably unfashionable eyewear.

Internet connectivity for one and all

Even the simplest of fun-inducing toys could soon include an internet element. With the average household now chomping through 17GB of data per month (according to a recent Ofcom report) there’s no doubt by now that we’ve full-on crash landed into the age of the internet.

3G dongles and all you can eat mobile tariffs are already available, so it probably won’t be long before gadgets less capable than your smart phone gain an internet element – be this self-updating Sat Navs, or remote control cars with a built-in camera able to upload footage directly to YouTube. The future of internet connectivity is most certainly bright for geek friendly gadgets.

Get touchy-feely with your iOS apps

This month marked the launch of the iPawn, which can turn your Apple iPad into a physically interactive board game.

The concept here is to use physical set pieces for classic games such as Snakes & Ladders, whilst your iPad doubles up as the interactive game board. Through the medium of human touch, the movement of game pieces can be recorded, and the interactive nature of the iPad device enables visually stimulating special effects to accompany the game.

Quite how this technology will develop remains to be seen, but this concept of combining a touch screen device with physical objects is certainly an interesting one. By 2020, tablet PC’s could be used to identify objects simply by placing them on the screen, which would be undeniably useful for online shopping and price comparison services.

Of course, the logical development for this type of gadget would be to help facilitate learning through fun and enjoyable games. Your iPad would be safe from smudges and fingerprints too, as children would be touching the physical objects themselves rather than clawing at the screen.

Take to the sky with your very own multicopter

Remote controlled cars and helicopters are so 2011, right?

And if you’re interested in piloting your own multicopter, you’re in luck. The company has announced that they’re working on a commercial version, to be made available within the next few years. You’d best get saving now, though, as this sort of thing won’t come cheap.

Both Microsoft and Blackberry have recently released video forecasts of how they reckon technology will develop in the not too distant future. The two companies seem to be pushing the idea of touchscreen enabled objects, such as a table, which could be attached to your laptop or mobile phone, to help you get things done – a rather suitable future Christmas gift for the corporate tech geek.

The idea behind this technology is that you will be able to set your mobile phone down on the touch-enabled table, and then use the extra space to write documents via a larger keyboard, use applications, browse the web or perform just about any other task that mobile phones of the future will be able to do.

From both companies, we can also expect wafer thin mobile phones and tablet PC’s, capable of remote access and integrating with just about anything found in the home or office.

There’s one technological development that’s certain for the future. Whatever happens, technology will be getting thinner, faster and increasingly user friendly.

Take the iPad 2, for instance. Recent reports have suggested that Apple’s flagship tablet device could receive an update in mid-2012 that will help to improve upon battery life, whilst shedding a few valuable millimetres from the width.

This seems to be a continuation of the logical progression that modern technology follows – although becoming increasingly powerful, our gadgets are getting smaller and thinner as time goes on. Who knows, by 2020 we could have iPad’s small enough to fit in your pocket. Only time will tell.

Thanks to Andrew Eldridge for taking the time to write this post; if you enjoyed it too and would like to read more of Andrew’s musings on technology visit techcritic.co.uk.

Motorola Atrix – is this the phone Motorola needed to make?
Christmas shopping with the click of a button
To Top