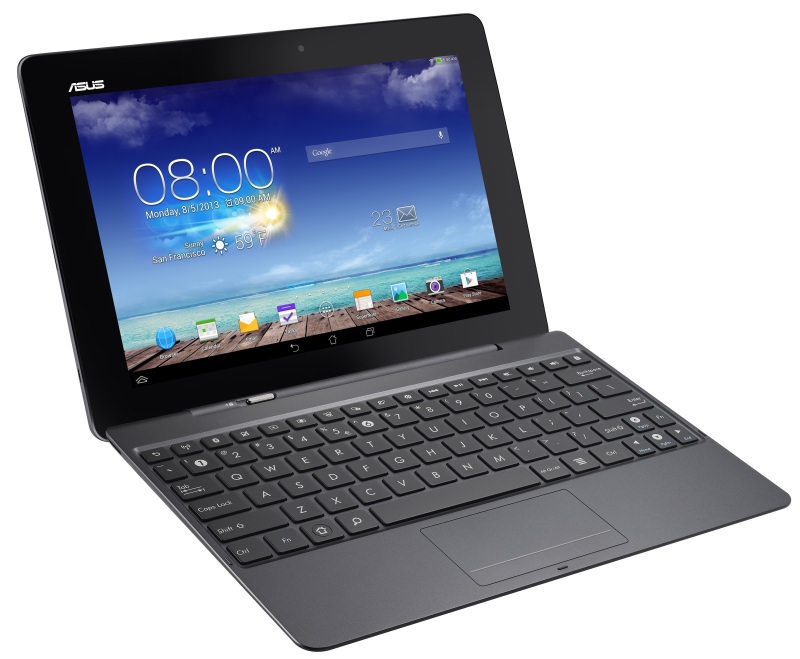 It’s a human thing to default to type. Although we can put up a façade of being something different for a while, eventually the effort of keeping this up gets the better of us and we return to just being ourselves — and no bad thing either.

Looking at the Asus Transformer Prime made me wonder where Asus fits into this identity equation. They have excelled with their Netbooks, but can this be extended into the tablet market? Their previous Asus Eee Pad Transformer worked hard to legitimate itself as a solid tablet entry, and with its novel keyboard dock it asked fresh questions about where the lines should be drawn between laptops and tablets.

The Asus Transformer Prime takes this enquiry and turbo-charges it with a super powerful quad-core Nvidia Tegra 3 processor and 1GB of RAM. To this it adds a high grade spun metallic finish, super slim form factor, 8MP camera with flash great sound and an impressive 18 hours of battery life.

Like their Netbook PC’s did a few years ago, Asus Transformer Prime takes aim at a market that is notoriously hard to penetrate and gets very close to a bulls-eye. Here it is the iPad rather than sub-notebooks that are in the firing range.

The hardware itself is very impressive, and although the slightly fussier finish won’t be to everyone’s taste it’s easily on a par with the iPad. Where it exceeds Apple’s device is in the inclusion of USB and SD ports, which aren’t available on the iPad without an accessory cable. Also, the provision of a full size QWERTY in the box makes for a more flexible set-up.

This flexibility is where the rubber hits the road. If you are after a more flexible experience then the combination of the Transformer Prime’s versatile hardware and open operating system (which can be easily upgraded to Android 4.0 Ice Cream Sandwich) will make it worth the price of entry. If, however, you are after a simpler, less fussy and less complicated experience then the iPad is still hard to beat.

However you dress it up (with great quality and pitch perfect delivery) Asus, in my mind, does best at innovating and disrupting the technology market more than anything else. This isn’t really about beating Apple at its own game, but about providing a new way to look at the tablet-notebook divide. To that end get ahead of the curve this Christmas by jumping on a Transformer Prime, it really is a big step forward in all round flexible computing.