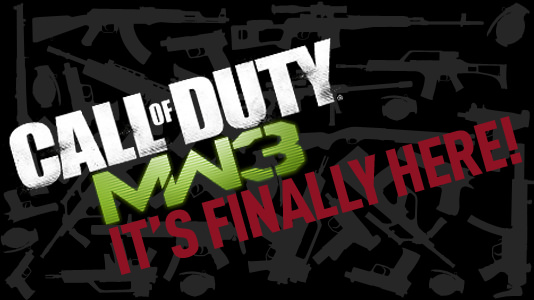 Call of Duty - have you played it?

There have always been games which have had the entire gaming world waiting with baited breath for the next instalment to be released.

Back in its heyday, you couldn’t find a gamer anywhere who wasn’t wetting themselves with excitement for the next adventure to be released, giving them new worlds to explore, new enemies to defeat and graphics unlike anything seen before.

Final Fantasy has well and truly had its day, as there is a new series which has captured the gaming world – Call of Duty, or COD as it is known.

The clamour surrounding the release of Modern Warfare 3 has been quite amazing.

Major film releases fail to garner as much excitement as there was surrounding the latest instalment of this game.

And the reasons for it are numerous – superb multi-player options, immersive gameplay, outstandingly realistic graphics and scenes and its longevity.

In fact, so big is this game that Andy Payne, chairman of the games industry trade body UKIE, told the Daily Telegraph before it hit the shelves that it could be one of the biggest releases in the history of the entertainment industry.

The expert claimed that the level of detail involved in creating COD: MW3 gives gamers a truly amazing experience and that is why the excitement surrounding it has stretched from Britain to Brazil.

So, after all the hype, was it worth waiting for?

Well, according to reviewers, the answer is yes.

Chris C, from The Gamers Hub, said that the only flies in this otherwise spotless ointment are the graphics and multi-player options, which he feels could both be better.

David Specksgoor, reviewing it for The Stylus, said that while it follows the same pattern as its predecessors, fans of the series will love every single minute of it.

With so much hype surrounding COD: MW3, don’t be surprised to see it under your Christmas tree this year.

Christmas Computing; How to use technology to bring the family together this Christmas
Why I want a Samsung monitor
To Top