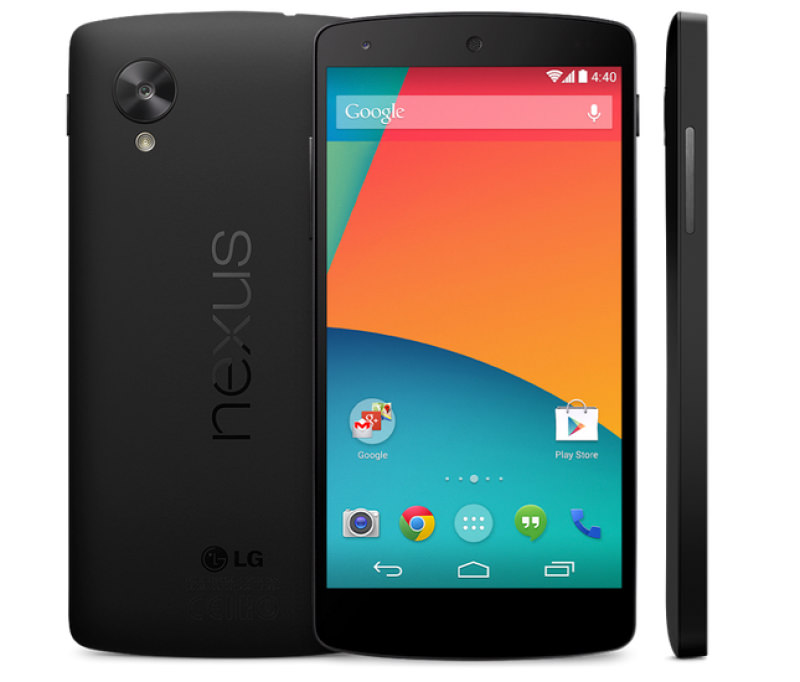 It’s new but the name hasn’t changed. The Google Nexus 7 has arrived in the UK – again. Although this time it’s 2013 and the popular Android tablet has been upgraded to take on a stronger market.

Google have been hard at work with manufacturers ASUS to create a lighter, slimmer and more striking Nexus 7. All ready for the run up to Christmas in time to challenge the Apple Air, Samsung Tab, Kindle Fire and Tesco Hudl.

Just to clarify, the New Nexus 7 has no other official name- Although many reviewers and retailers are referring to it as the Nexus 7 2 or the Nexus 7 (2013), it’s still technically just the Nexus 7– So don’t be thrown when you go scouring the net. Obviously the naming team were on holiday when the final designs were submitted.

So what’s new from Google & Asus and is the Nexus going to be as popular as its rather impressive predecessor?

The reason why the original Nexus 7 did so well was because it cornered the middle of the market. It was well made, well priced with a great screen and wonderful interface. If you didn’t want to bump up to an iPad at nearly double the price and had more than £150 for budget slates, it was the perfect option.

The New Nexus 7 will cost £199 for a 16GB version and £239 for the 32GB version here at Ebuyer. Once again both versions don’t come with expandable memory, so those with a video hoarding tendencies may want to plump for the larger version.

It’s be powered by a 1.5GHz Qualcomm Snapdragon Pro chipset and an additional 2GB of RAM. Plenty of processing power for standard tablet use. 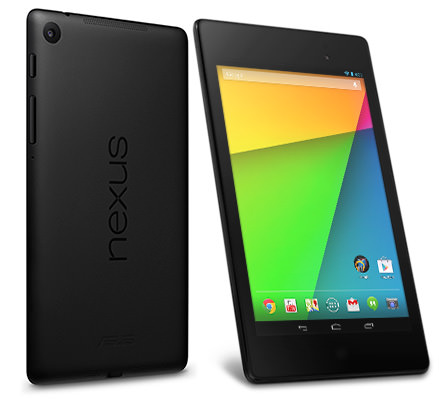 The 7 inch tablet has been on little diet, slimming down to 8.7mm and dropping 50g to 290g. The idea is to give the user a better all-round experience and help usage over a prolonged period. Making it easier for you to use as an e-reader or carry in your handbag/pocket.

The previously impressive 7 inch screen has had an upgrade. It’s now a ‘super high definition’ Gorilla Glass screen. Referred to as ‘retina class’, it’s a 1,920 x 1,200 resolution display with 323ppi. What all the spec eventually means is a screen quality looking to challenge Apple’s beautiful retina display. 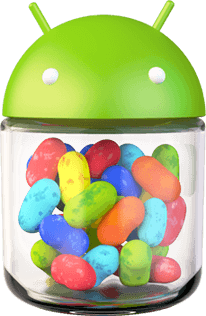 Google have stuck with the JellyBean Operating System for the Nexus 7 plumping for the latest version of the software- 4.3. It may seem like a bit of a let-down to have the old OS but many rumours suggest the new Nexus will be the first device to house the new KeyLime Pie update [now Kitkat]… when it’s eventually released.

A big sticking point of the old Nexus was its lack of rear facing camera. It certainly helped keep the cost down, but lost Google ground against the better equipped Samsung Tab. It’s been rectified in 2013 as the new edition now includes a 5-megapixel rear camera alongside a 1.2-megapixel front-facing camera. It also supports HD video.

The great battle of where to place speakers seems to still be raging. The front delivers better sound quality but housing them on the back allows a bigger screen and better aesthetics. Google have gone for two rear stereo speakers set in the corner of the device, delivering the tablet equivalent of surround sound.

Google claim the device to have a 10 hour battery life when browsing or e-reading, 9 if you go with HD videos. I think it may be worth edging on the cautious side as many ‘real usage’ reviews seem to think 8-9 hours is a more fair number.

The Nexus 7 supports wireless charging from the Qi charger pads and has the usual Micro USB charger connection.

Overall the New Nexus seems to be an all-round improvement, better specifications seem to be the reason for the price increase and it does appear to be justified. The next step will be waiting to see if it lives up to the great usability of its predecessor…

Have you already got the new Nexus 7? Let us know what you think about it… Is It better than its original incarnation? Can it conquer the middle market once again or could it go on to overthrow the iPad air/Mini?

Should 3D printing be monitored?
Nexus 5
To Top