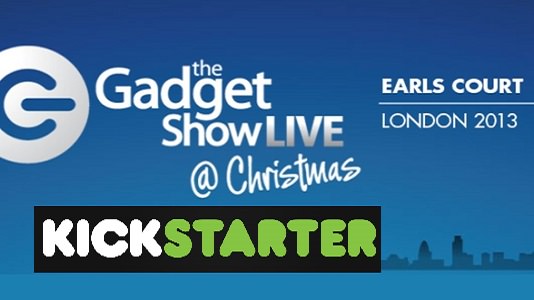 As we continue our review of the Gadget Show Live @ Christmas, we’re now focusing on those innovations that are involved or have been a part of the Kickstarter internet campaign.

Kickstarter began in the US in 2009 to turn small business ideas into real creative products and viable businesses. Anyone with an original idea can pitch their plans to the world, offering rewards to their backers, who join at various stages with different pledges of money. How it works is very simple. The pitcher sets a funding goal and people pledge money- If the goal is not met, they get nothing.

All the products below are either currently involved or have had help from the Kickstarter campaign. We were really impressed by the amount of projects pitching for business and the enthusiasm they creators had for the project. 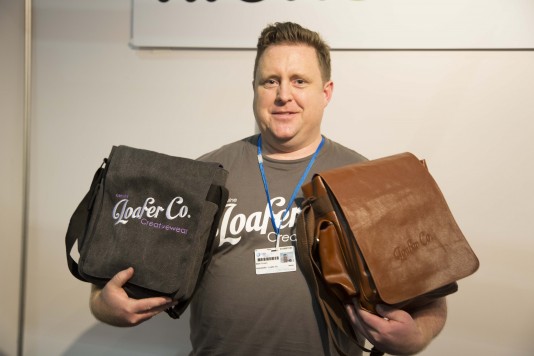 Mark Cronin is currently running his innovation Loafer Co in the Kickstarter campaign. His current project is a stylish iPad bag designed to cut down the bulky size of a laptop carrier- whilst still affording the shelter of a protected bag.

The shoulder bag is about half the size of a traditional laptop bag and has room for any iPad in the protected pocket, with an additional large storage space for books or other material. It also has a side and front pocket for smaller objects like pens and phones.

We liked the design and thought it was a great alternative to the standard neoprene or plastic cases usually offered with an iPad. The size makes its handy for transport and its subtle looks don’t draw attention to the expensive tech inside.

If you think you would enjoy the product get over to the Loafer Co Kickstarter page, where Marks pitch finishes in 15 days. Good luck Mark! 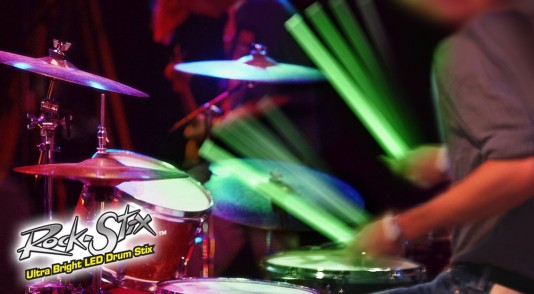 Here’s an example of a successful pitch at Kickstarter. Leicester based company RockStix produce colour changing Drum Sticks. The product rose to fame after being used on ITV’s Britain’s Got Talent in 2011 with the Military Drumming group, The Highwaymen. The product has since been used by artists such as Kesha, Lily Allen and The Streets.

The new product Rockstix 2 has developed on the original design to incorporate more colours (now 13) and a new motion activated tap to change.

The super strong LEXAN sticks use RGB LEDs that change colour every time you hit the drums.

We were drawn in at the gadget show by these super flexible stands from Breffo. The Spider Podium can be bent and aligned into different directions to house your smartphone. Its flexible spider legs act as both stand and carrier, so your phone can be stood still on any ground in awkward positions.

Breffo are currently running another project on Kickstarter to secure funding for the Gumstick flexible Smartphone stand. The little stand can be bent into a variety of positions to accommodate smartphones and small tablets. Its small size and grippy material is perfect for use in cramped spaces and small ledges.

The Gumstick is nearing the end of its project period and will expire tomorrow, so if you’re  interested visit the Breffo Gumstick Kickstarter Page 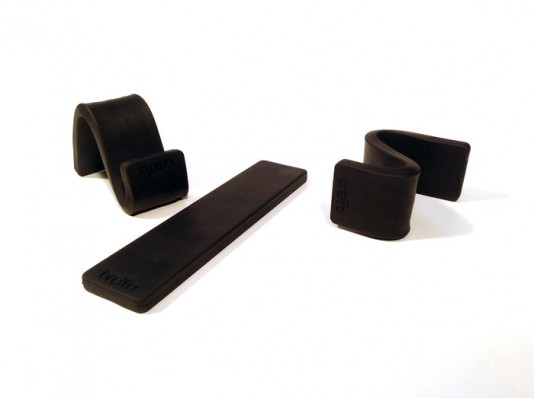 We’re looking to create a series of posts at the beginning of December about new products that are hitting the market and needing investment.

If you’ve got something in the pipeline or are looking to start a Kickstarter project you think Ebuyer readers will be interested in, email our editorial team at mediaenquiries@ebuyer.com and tell us what you have and why we should showcase it.

We’ll give our readers a chance to vote and comment on the products and showcase the most popular items on our Youtube channel.