It may sound like a pre-school toy but the search engine DuckDuckGo has been gently luring followers away from Google & Bing for the past few years; now it’s ready for a facelift and a big push.

It’s tag line, “Search anonymously. Find instantly” will give you an insight into the policy of DDG- They’re pretty big on Privacy.

Dubbed the ‘anti-Google’, users have migrated across to DuckDuckGo in the wake of a number of high profile security and privacy issues, including: Edward Snowden’s NSA revelations, Google’s loose privacy morals and the recent security leak affecting Internet Explorer.

The privacy-focused “search engine that doesn’t track you,” has seen its usage skyrocket over the past 12 months. 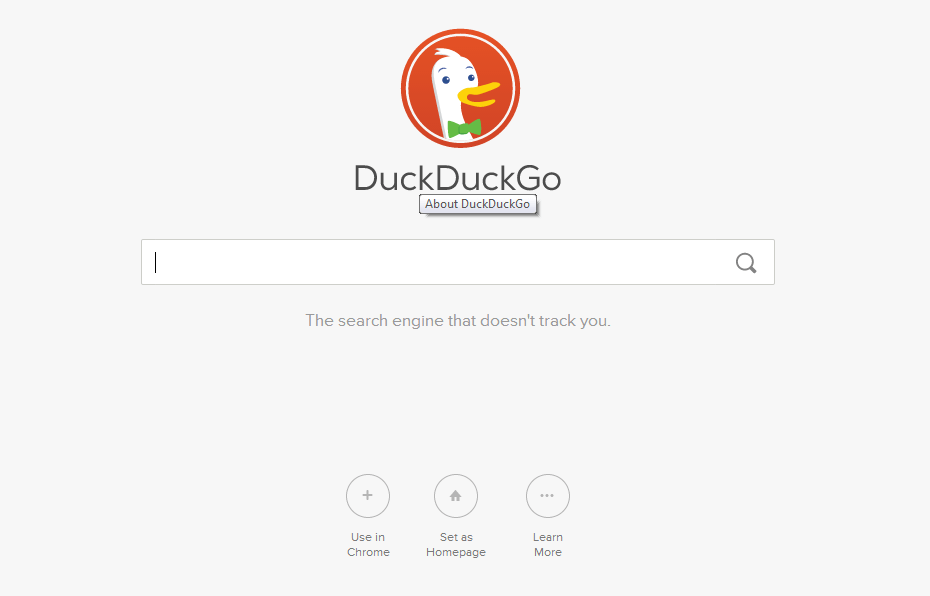 Created in 2008, DuckDuckGo sets itself apart from its competitors Google, Bing and Yahoo, by not sharing any of its clients’ data with searched websites and not profiling its users.

This means all users are shown the same search results for their given search term, with no targeted advertising, no skewed search results and no captured information.

DuckDuckGo also emphasizes getting information from the best sources rather than the most numerous or profitable sources.

It now appears that the DuckDuckGo site will have serious facelift, in a bid to win over users from the big boys. DDG founder Gabriel Weinberg has announced a new version of the site is likely to be launched within the next month, bringing the design of DDG closer to Google whilst making the whole experience more user friendly and a little slicker.

Traditional users of search engine might be sad to see this modern overhauled to the site. What was once a text-based ‘simple looking’ answer page is set to be replaced with a top ribbon which carries video, images, local places and “instant answers” for your search topics.

Admittedly there will need to be more work done if DuckDuckGo was to ever overtake Google or Bing as the go-to search engine. It’s still leagues behind Google super search algorithm and is lacking in any of the Smart searches both Bing and Google can provide.

However for privacy and outright great morals DuckDuckGo is right up there and I for one applaud them for showing us that privacy is not a privilege we have to give up in the world of search engines. just yet.

Sony’s Mega tapes
Are you ready for Eurovision 2014?
To Top