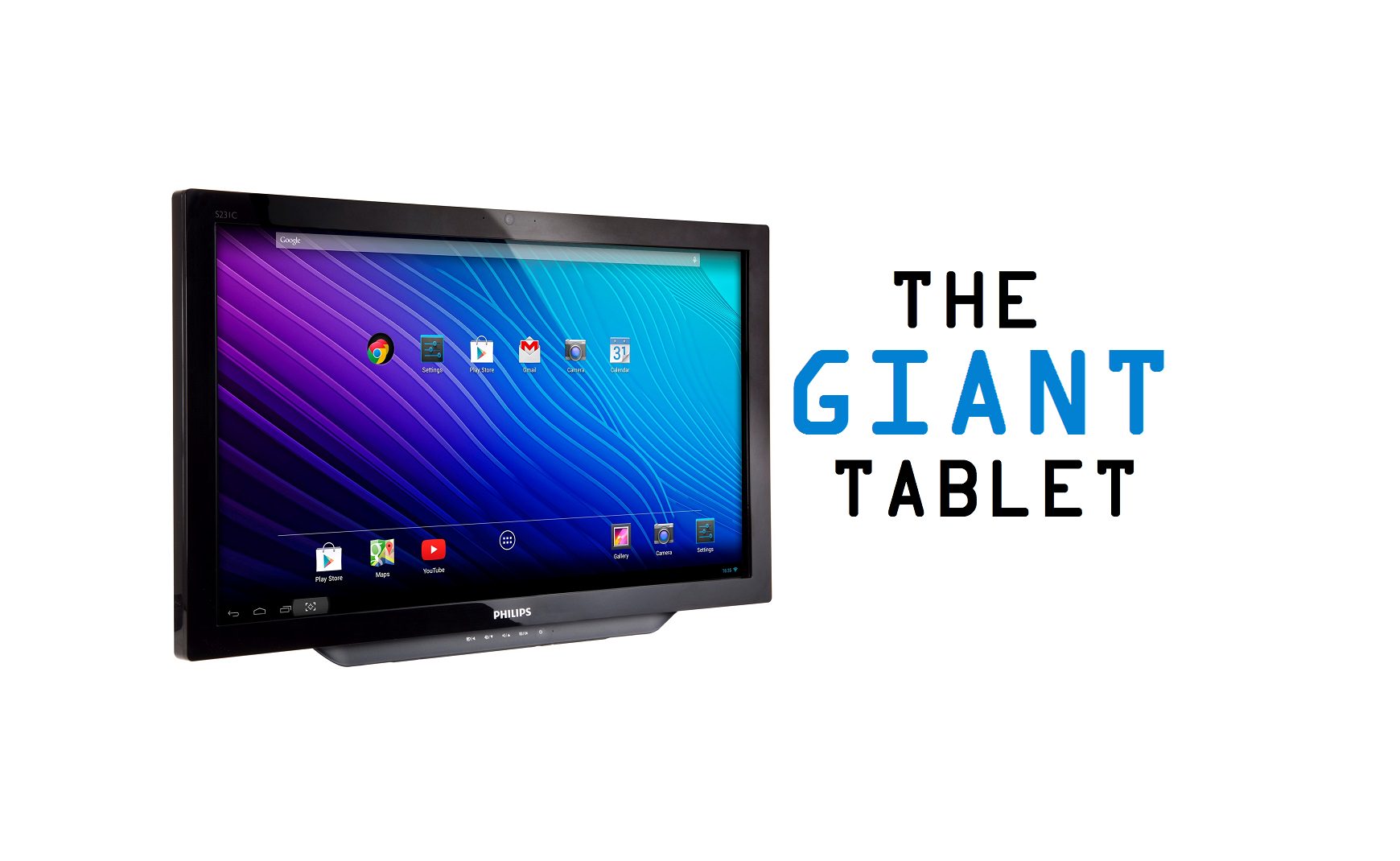 The Philips SMART All-in-One S231C4– Is it tablet, is it a screen is it a monitor? Well to the joy of Android lovers out there… it’s pretty much all of them.
Bridging the gap between a tablet, screen and PC the Philips All-in-One is a pretty interesting little creation. It’s the first time we’ve ever come across a fully functioning monitor with the addition of a built in Android operating system.
What you’re essentially looking at, is a giant tablet!

So how do this rather unique creation work? 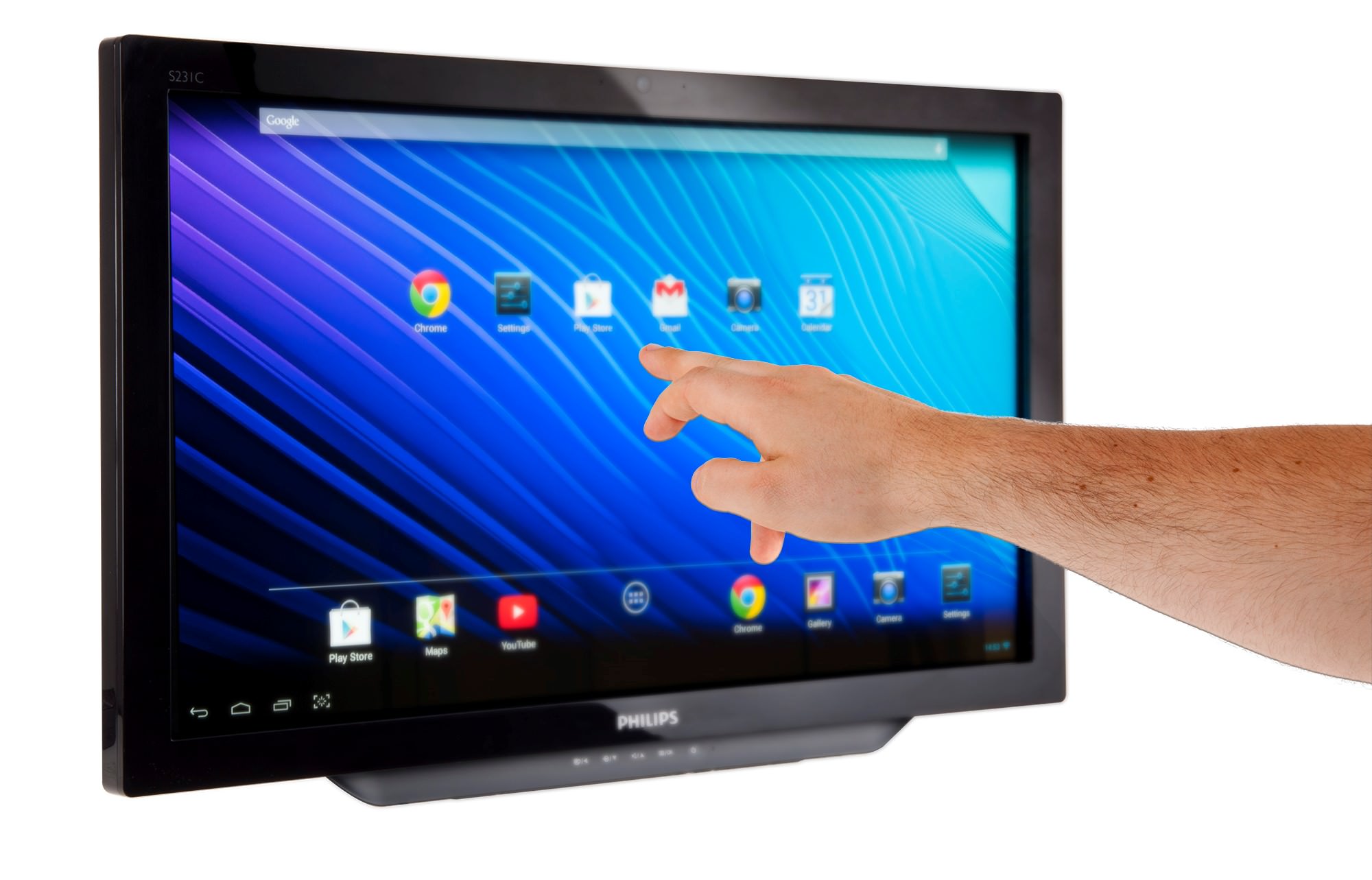 Well it’s pretty simple. When hooked up to an external source, the 23” display works in the same way as your standard high definition monitor.

It can be connected via a DVI or HDMI cable making it ideal for use as an additional screen or even TV. The monitor also has 2 USB connections for hooking up to external keyboards, mice and storage devices.

When you turn it on without a connection, the Monitor transforms into a fully functional Android Tablet.

Powered by a 1.6GHZ processor and running on Android Jelly bean 4.2, the Philips ALL-in-One, works exactly the same as your tablet or mobile phone. You get the same apps, layout and controls as can be found on any other Android device.

The quick response touch screen allows for your normal tablet controls like swipe, tap and pinch as well as the usual Android shortcuts.

Because the screen is almost double the size of a tablet, the Philips All-in-One is ideal for showing pictures, watching movies and playing games. We even hooked up a USB controller to play on a N64 emulator!

Although not quite as light as your smartphone, the All-in-One isn’t exactly heavy and can be easily transported around the house- Although you do need an external power source, which is a little frustrating

With both a WIFi and Ethernet connection, the monitor is also pretty versatile, making it a nice option for streaming some TV outside… if you fancy a bit of Alfresco Netflix.

The monitor also comes equipped with a rather elaborately named “SmartStand”, which changes the angle of the screen to recline to about 60 degrees. Ideal for designers wanting to use the touchscreen for drawing.

The All-in-One comes with a pretty measly 8GB built in memory, by this can be expanded with an SD card or USB Flash Drive.

There’s also a built in webcam and microphone on the front of the monitor to make the most of videochats.

There are a few minor issues with the monitor. We would have liked to see support for a TV connection such as an aerial. The lack of a separate battery source is a little frustrating as it restricts the device to within power socket range… however in the end, it is a monitor.

The real fun of this machine is the ability to play with tablet apps on such a large screen. Websites feel more interactive, games are more immersive and even simple mapping apps are just more fun on this huge scale. It’s like working from big touchscreen command centre. 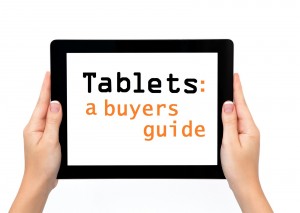 Microsoft Offer a Terabyte of Cloud Storage!
The Pen with 16 Million Colours!
To Top