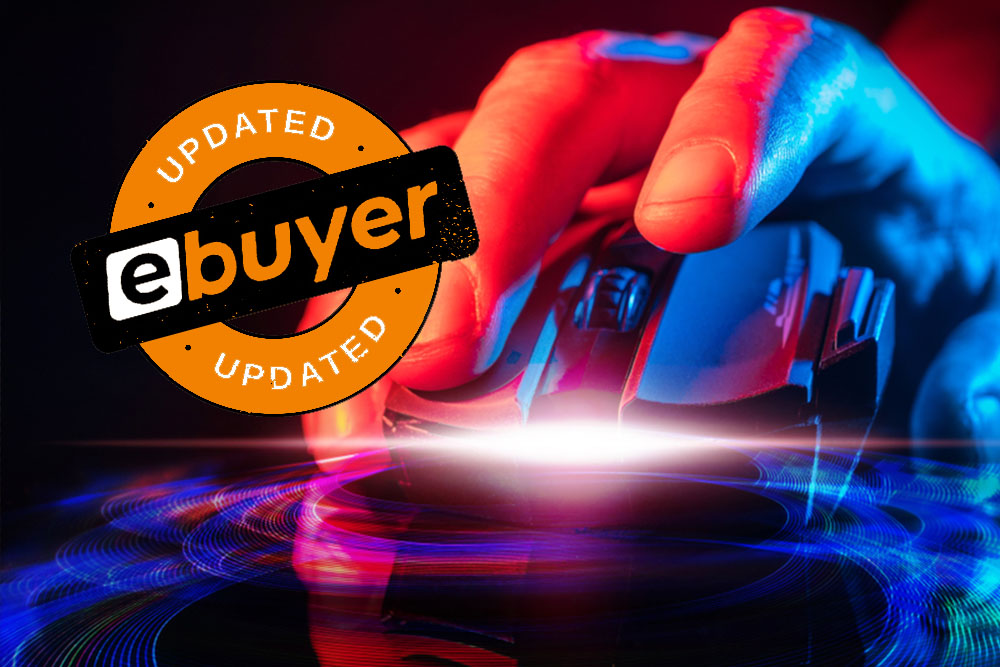 A gaming mouse is essentially, from one angle, just a desktop mouse with a few additional functions which make it suited to computer gaming or high intensity programming. From another angle it’s an essential piece of cleverly designed bespoke gaming kit!

But with such a huge range of products out there, what should you be looking for?

If you’re looking for a gaming mouse, browse Ebuyer’s range

As you can imagine a gaming mouse is a better than the standard mouse you get bundled in with your home PC. Although they technically can do the same things, a gaming mouse offers a higher level of accuracy. It’s also usually more ergonomically designed. Generally speaking, a gaming mouse will be more precise. It will have better tracking and control compared to that of a standard optical mouse.

When you’re looking for new peripherals, what should you look out for in a gaming mouse? Here’s a list of some terms that you might come across:

Dots per inch: This relates to the sensitivity of your mouse. When you move your mouse, it detects how much you’ve moved it, and matches the cursor accordingly. Basically, the higher the DPI, the more the mouse shifts with less movement from your hand.

Low DPI settings are good for fine control, like close up shooting or working at super-fine pixel-level in a photo editing suites. Higher DPI settings are more useful for fast movements, like shoot-em-up games or command screens. They can also be great if you have a large or multiple monitors at high resolutions. With a high DPI you don’t wear your wrists outs simply moving from one side of the screen to the other.

A standard optical mouse usually works at 800DPI. Gaming mice will tend to offer a range of DPI settings, from way down at 100DPI right up to as high as 8000.

Gaming mice will usually allow the user to change DPI settings on the go with the press of a button- meaning you can flick from one mode to the other quickly.

High-end mice are often equipped with programmable buttons, which allow quick access to specific function or actions, known as a macro. Pressing one of these buttons effectively replaces a series of complex keystrokes allowing for easier game play.

Just to note, most manufacturers count the left and right click and scroll-wheel as programmable buttons, so these buttons should be discounted from the total number. Similarly, ambidextrous mice have thumb buttons on either side, which also need to be subtracted.

Like your desktop mouse, gaming variants also come with the Wired/Wireless option.

Once upon a time the wireless option was useless, gamers wouldn’t have been seen dead using one. However, with newer technologies and improvement of wireless, the differences are now more down to preference.

If you’re looking for a gaming mouse, browse Ebuyer’s range

Polling rate refers to how often the mouse is looking for and reporting input, the higher this rate the more responsive your mouse is.

This reduced gap between each transmission gives the cursor a smoother and more precise feel on screen. Polling rate is measured in Hertz (Hz). Standard desktop mice are usually 125Hz. Gamers usually need a higher rate of: 250Hz, 500Hz or 1000Hz.

This is down to Laser vs Optic and for now Laser is winning. Optic sensors are becoming more uncommon as their Laser counterparts are more accurate and have faster response times. It’s more likely you will find Laser sensors in the majority of mice, however, there will be Optic fans out there.

The weight of a mouse can be very important to gamers, some like a traditional heavy device where other prefer something light and nippy. For those caught in-between, a few gaming mice include a small selection of weights that can be inserted into the mouse to customize its weight.

How comfortable your mouse is can hugely affect the way you play games and mice can vary quite radically on shape and size. Most mice are ‘Ergonomically Designed’ however comfort level varies hugely for different people, so try out a few styles before you commit to one brand or shape. If you’re using something for hours on end, it’s worth getting the best fit.

So that’s our quick guide to the gaming mouse, the latest iteration of that fabulous invention the mouse! Check out our stock at Ebuyer!

The New NVIDIA® SHIELD™ Gaming Tablet
Who are Xiaomi?
To Top