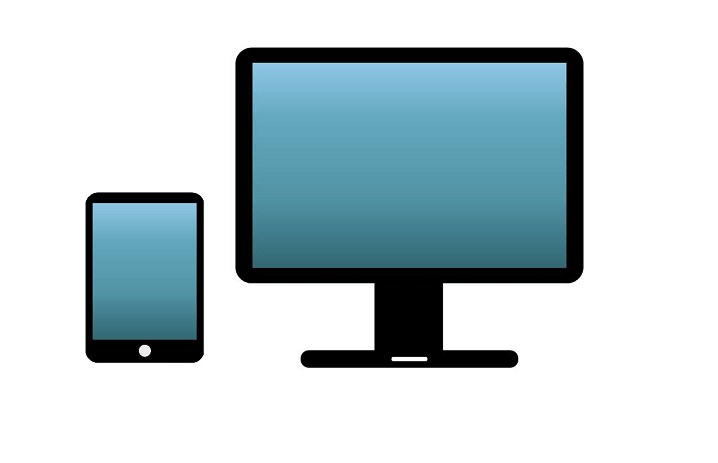 The evolution of the Smartphone has meant our once simple communication devices have become a hub of media. Faster, more powerful and better connected than ever before, smartphones are developing at a faster rate than traditional laptops and PCs.

If this progression continues could our smartphones one day end up replacing a desktop PC?

In the same way a tablet, like the Microsoft Surface can be adapted to create a home office, is there a chance your smartphone could eventually replace your Desktop PC?

With connections like Bluetooth, mini USB and HDMI a phone could easily be hooked up to monitors and external devices.

The concept of a desktop replacement smartphone (DRS) has been flirted with in the past few years. However our current technological boundaries are holding back a truly reliable and affordable option for a desktop/smartphone hybrid.

The idea would be to have a phone that could replace the need for a desktop, by simply being as powerful and connected as your home PC.

You could connect wireless keyboards, mice, monitors and as storage, so the phone itself is basically just a processor and operating system.

You’ve got the benefit of one device with everything you need and it’s always at your side.

Desktop PCs have been streamlined, shrunk and compacted over the years in a bid to fit more efficiently into the home.

The result of this has been the advent of mini-form factor desktops like the Mac Mini or HP ProDesk– Basically a whole desktop crammed into the size of a router. There have also been efforts to introduce desktops the size of a card packs, plugs and even flash drives which plug directly into a monitor.

If a desktop can be shrunk to the size or flash drive, the components could easily be merged into a smartphone, especially if wireless technologies can be used to attach keyboards, monitors and peripherals.

Ok so there are some major issues that need addressing before a DRS would work for a mass market.

Power- Mobile phone processors just aren’t fast enough to replicate a reasonable desktop PC. A typical smartphone processor is usually less powerful than a netbook CPU, which for those who’ve used them, are frustratingly slow at the best of times. This could also be said for RAM and storage.

Batter Power- Battery life on a mobile device is extremely restricted, especially when used to power a full scale operating system. How many of our smartphones last more than 24 hours just as phone? Can you imagine running a full PC as well?

Size – Smartphones are getting bigger, but how much more can we accept before our smartphone just becomes a tablet? Squeezing a desktops worth of equipment into a phone will arguably push the size limits over the edge.

Connections- Probably goes hand in hand with size, but for a desktop replacement, the phone would need to connect with external devices. NFC, Bluetooth and WiFi will work for most devices, but some will probably still need to be at least a mini USB, HDMI and monitor port. Add this to the charger and Micro SD storage, you’ve got yourself a lot of components for a supposedly ‘portable phone’.

In 2013 Canonical announced plans for a crowd-funded desktop replacement system running the open source Linux OS, Ubuntu. Canonical advertised the ‘Ubuntu Edge’ as traditional smartphone that could convert into a desktop OS when hooked up to a monitor.

The Edge was equipped with 4GB of RAM, 128GB of storage, a silicon-anode battery, and an unnamed multi-core processor- which was supposed to be the fastest on the market. There was also a dual-LTE chip so to access 4G while traveling and an external storage slot.

Unfortunately the $32 million dollars Canonical needed to fund the edge product fell rather short. The Edge received around 27,500 publicly listed backers but only $12 million in funding. An impressive figure alone, but not enough to boost the DRS concept.

The Ubuntu Edge was a fantastic idea, but a combination of crazy funding goals and a lack of big manufacturer backing meant it slipped through the net.

Arguably if the Ubuntu had hit the market at a reasonable price it would be popular. Using a Linux-based platform is probably the best option we have at the moment for a DRS due to its versatility and low maintenance OS.

Windows 8 also lends itself very well to the DRS, as it’s currently multi-platform and works well across smartphones, tablets and desktop, but Microsoft may not be interested in rolling all their operating systems into one device.

In the future it would be reasonable to believe the technology will eventually advance towards a DRS, however the concept of ‘smartphone’ will have completely evolved by then. Better batteries, far more powerful processor units and smaller/flexible components. OLED screens will free up more room for components, which in turn should have shrunk in size and grown in efficiency by then