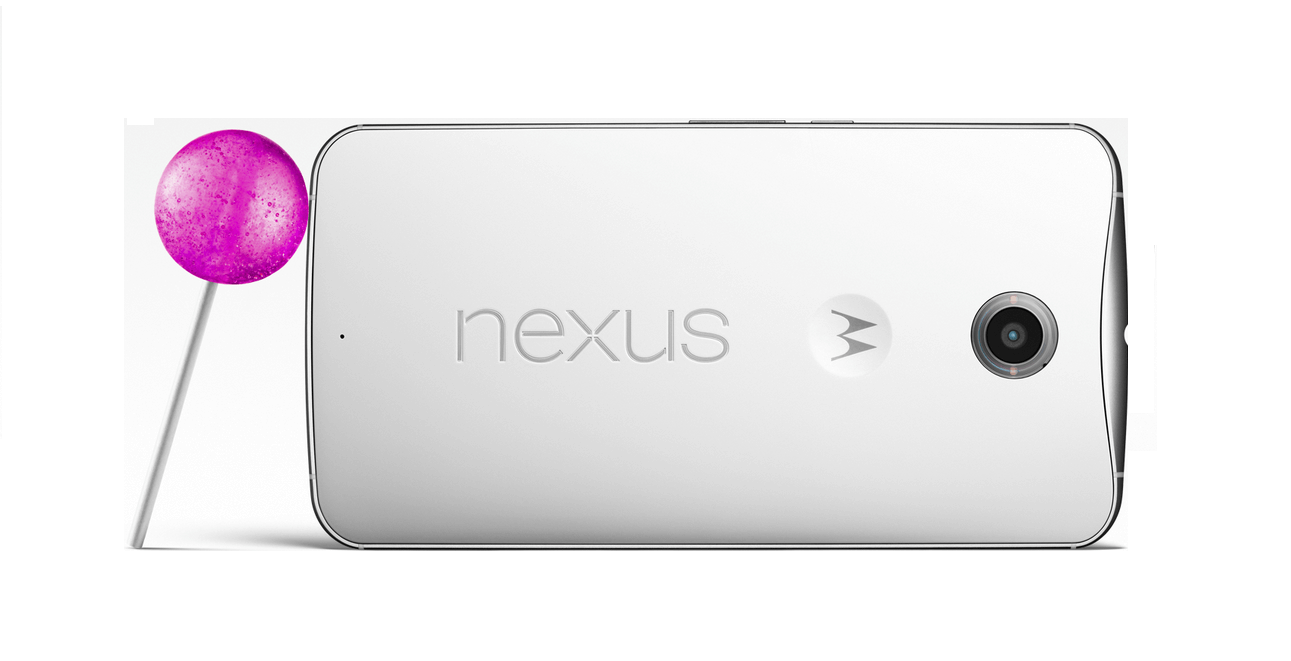 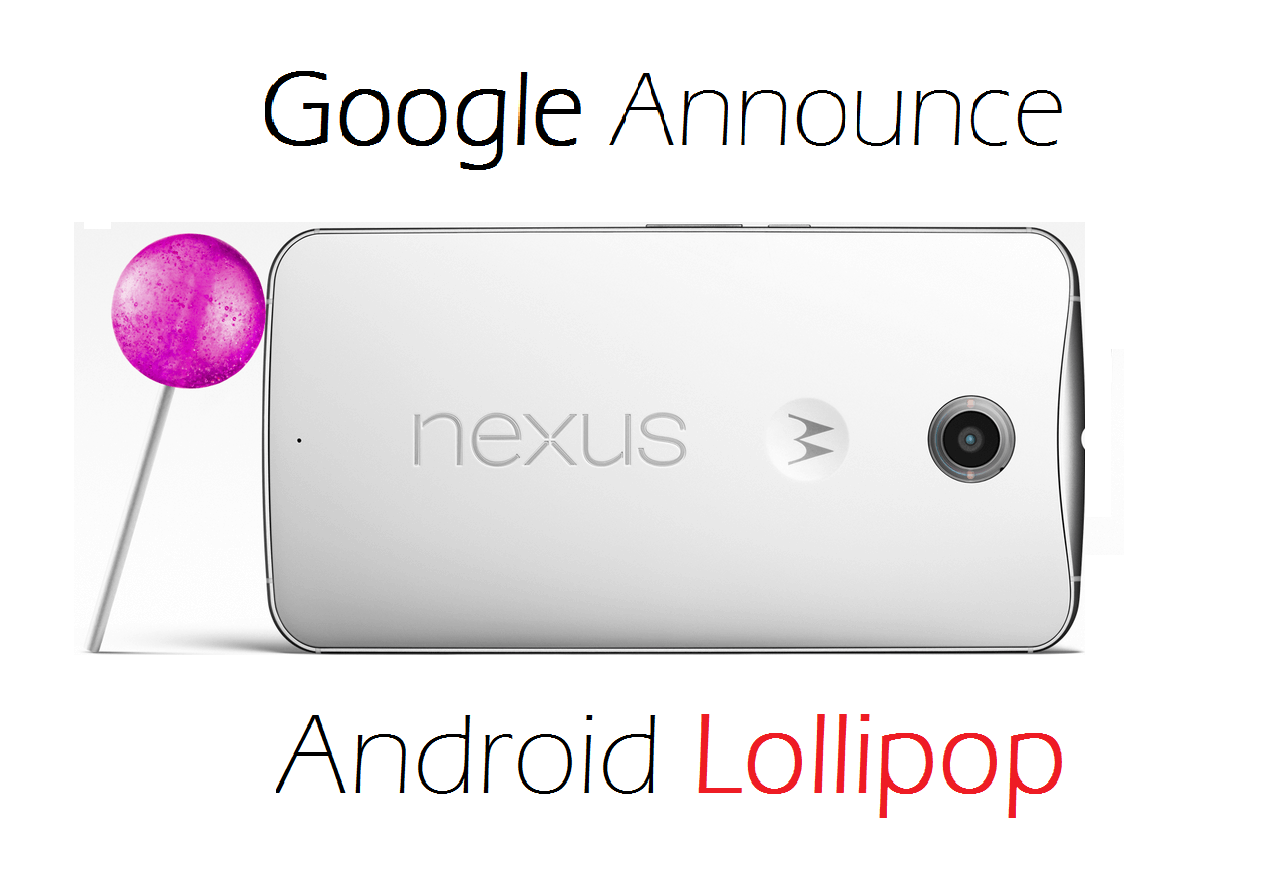 Google outlined the direction they’re taking their Android platform this week by revealing an upgrade to their operating system, Lollipop 5.0

In what turned out to be a four pronged release, Google are also doubling their product count in the TV market. The Nexus Player is set to join the Google Chromecast in the Smart TV market.

A number of features have given the new OS something of a revamp, the intention being that devices running Lollipop will be more highly favoured in the business sector.

The most significant of these is the introduction of ‘personalities’. Each personality will have a certain set of data that the user can allocate, allowing them to separate their private and professional lives from within their tablet or smartphone. 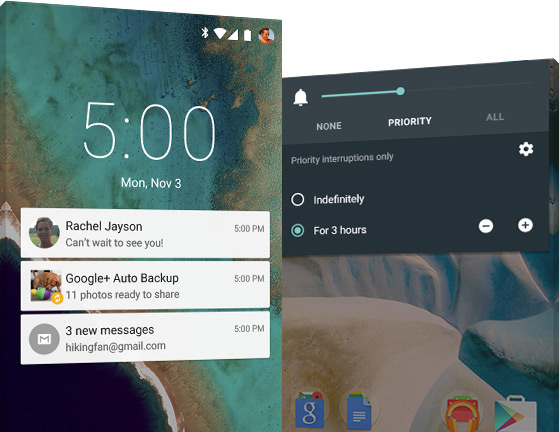 Google Now’s card-based interface is also making the switch to Android, which will include card notification banners at the top of your device. Lollipop will also contain a number of enhanced graphical animations, in the form of visual cues on the interface. Enhanced assimilation with other Android devices, such as Android Wear smart watches, is also a priority in Lollipop.

At the time of writing, Motorola and HTC are the only other companies to have confirmed the rolling out of Android’s new OS onto their systems in the near future. The likes of Sony, Samsung and LG are expected to join them at some stage.

Lollipop will begin roll out on selected Android devices as of Friday 17 October.

The first devices to run the upgraded OS will be the Nexus 6 smartphone, and Nexus 9 tablet.

The Nexus 6 will be built by Motorola and sport a 5.96 inch 1440p display, making it the biggest Nexus phone to date. The expected enhancements in processing power are joined by the handy capability of gaining 6 hours of battery life from only 15 minutes of charge. 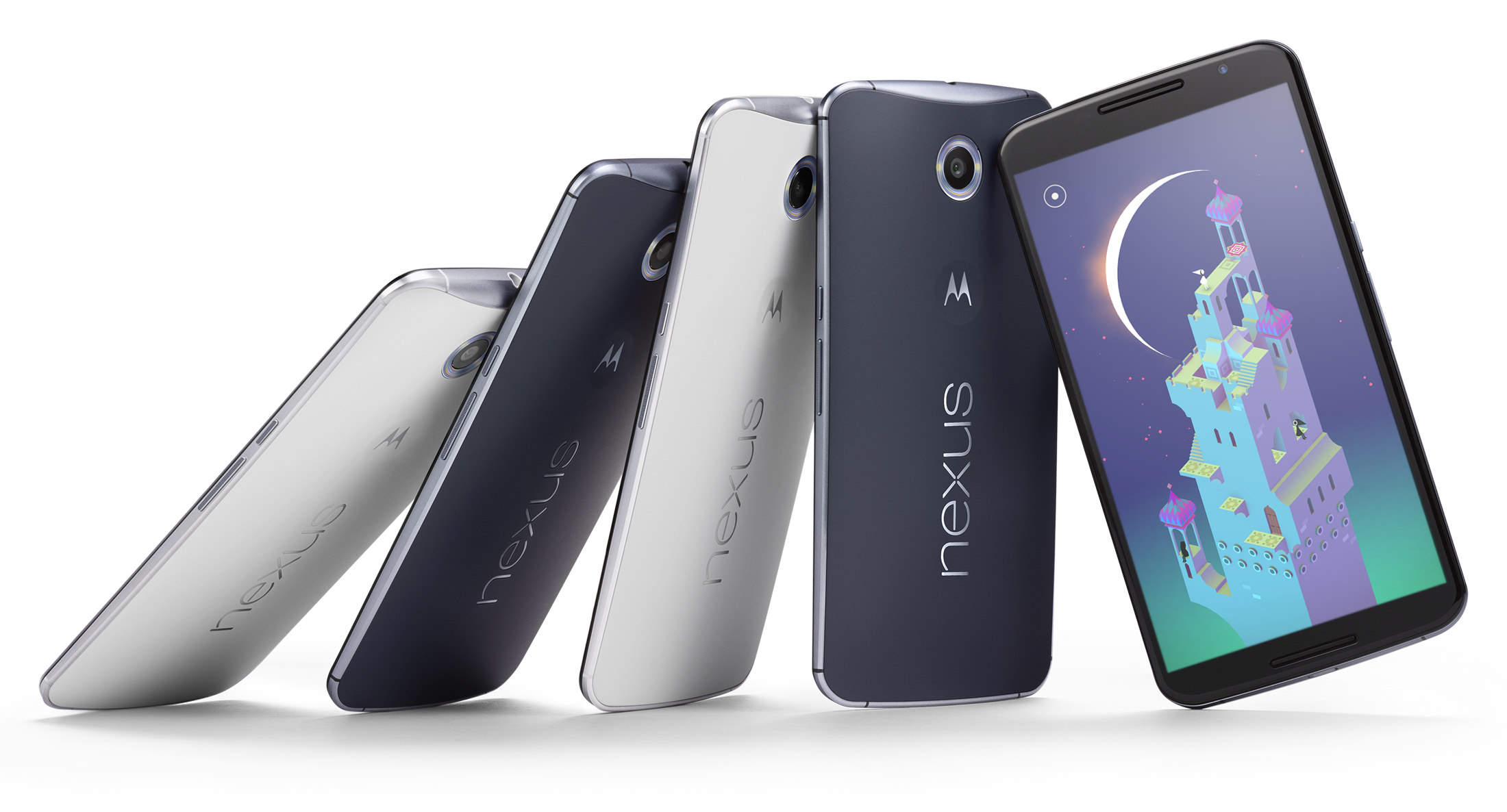 Due for release in early November, the Nexus 6 will be priced around $650 (£400) for the 32 GB edition, where it will sit comfortably among the other Android competitors to the iPhone.

HTC are entering the tablet market by manufacturing Google’s first Android Lollipop tablet, the Nexus 9. It’s 8.9 inch screen will come with a 4:3 aspect ratio, contrasting with previous Nexus systems. This further aligns their attempts to break the business market, as such a ratio is better suited to productivity apps.

Google hasn’t slowed in its efforts to attract more business-minded customers. The Nexus 9 will also ship with a selection of keyboard integrated cases, in a similar fashion to Microsoft’s Surface tablets. 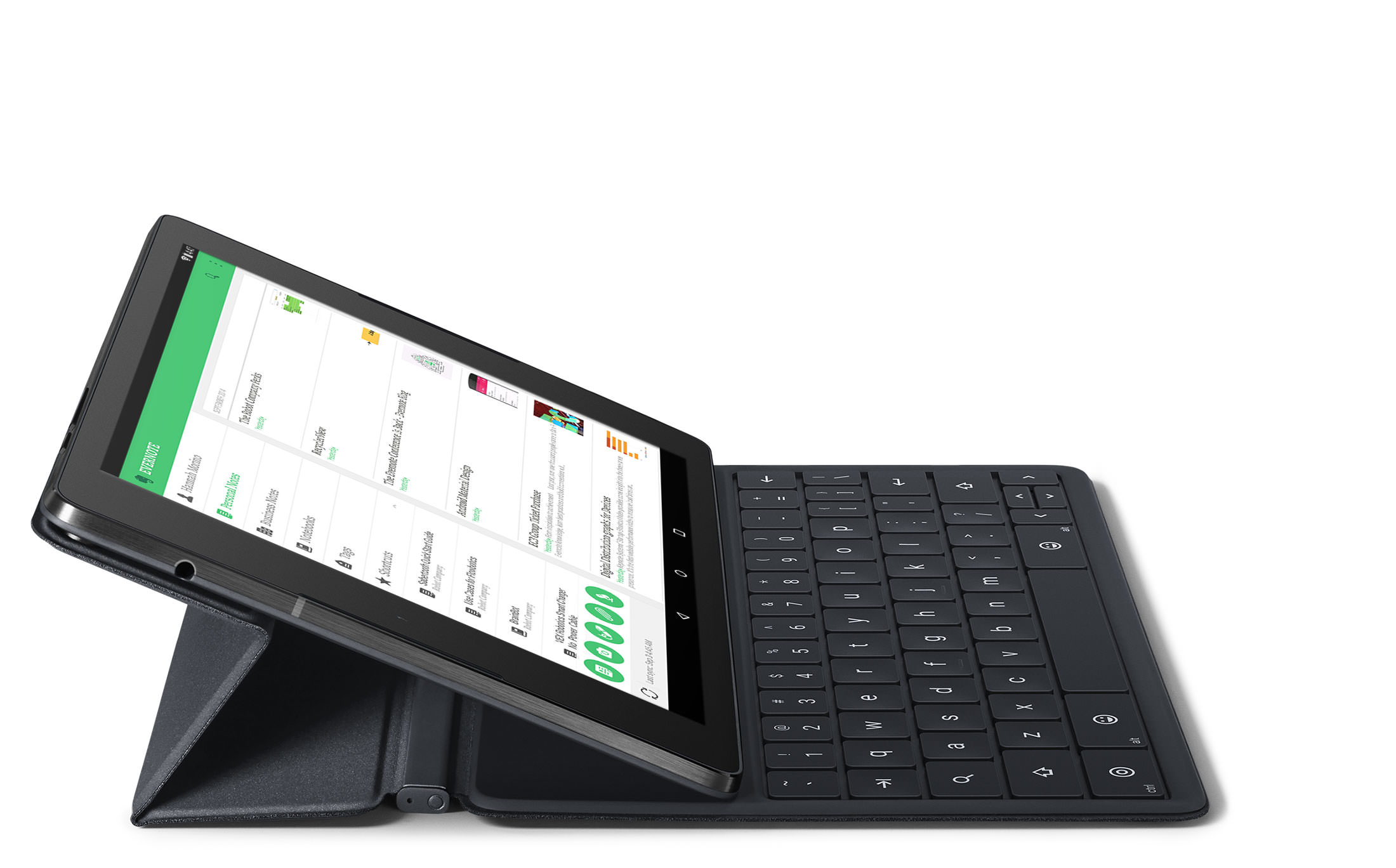 With a price point of $399 (£250) for 16 GB memory, the Nexus 6 and 9 have realigned their price points to match the new breed of customer they are targeting.

Google have recognised an opportunity for growth in the sector with BlackBerry’s stranglehold now all but deceased. The raft of features mentioned above should provide a more attractive option to businesses who are less price driven. The discarding of plastic materials in favour of metals also enhances the premium feel of the new Nexus systems.

The Nexus Player set top box, built by Asus, will also run Android Lollipop, albeit an optimised version. Named Android TV, the Nexus player will be the first system to run the software Google announced earlier in the year.

Shaped like a hockey puck, the Nexus Player comes boxed with a remote control. Priced at around £60, the Nexus Player is entering the market at double the price of Google’s other TV plugin platform, the Chromecast.

As a direct competitor to the Roku 3, Apple TV, Amazon Fire TV and the Movie Cube, the Nexus Player will ensure the Fire will no longer be exclusive in its duel offer of both TV and gaming system.

The Nexus Player also doubles up as a games console….of sorts. Purchasing an external £25 controller will mean you can also play any purchased game from the Google Play store. How many and how good these games turn out to be remains to be seen.

As with all of the now numerous TV set top boxes, it’s the inbuilt apps and content that will truly make or break the system. 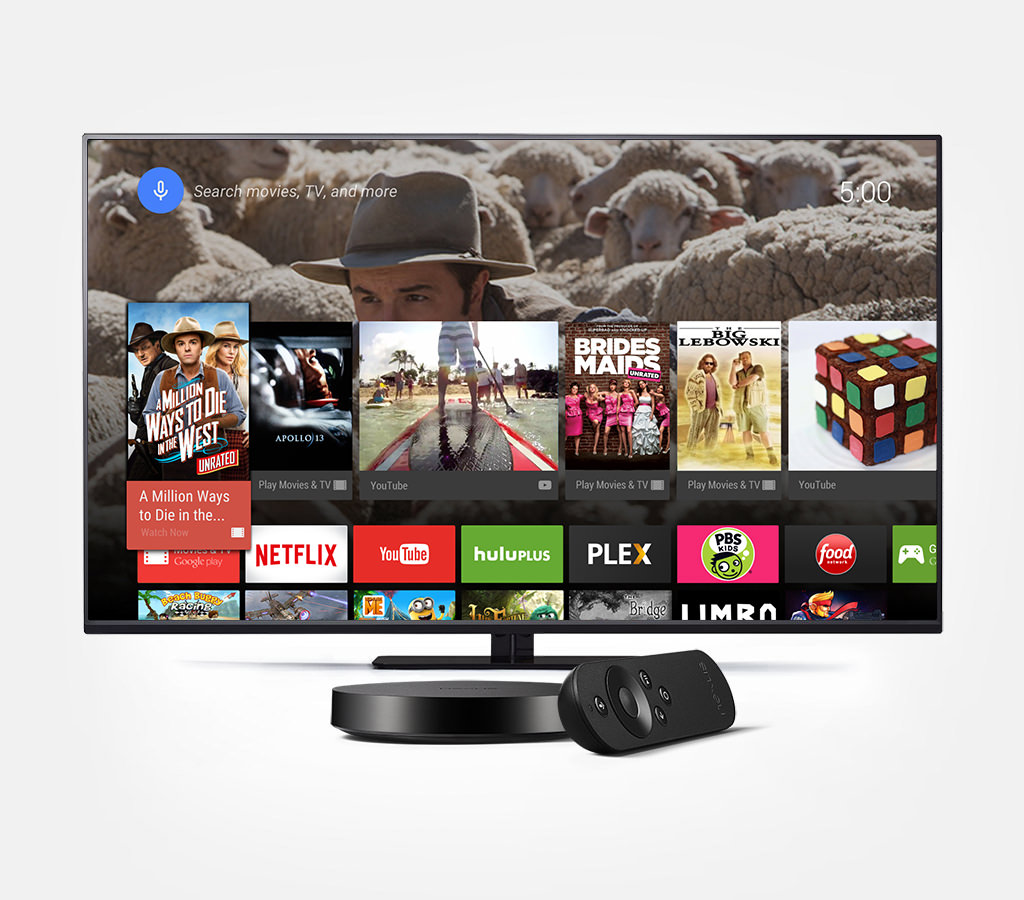 At the time of release, the Nexus Player barely competes with Amazon’s and Apple’s boxes, never mind the four figure collection the Roku 3 boasts. Stalwarts such as Netflix, YouTube and Crackle are there, as well as the Google Play Movies and TV. But with the absence list including Amazon Instant Video and Spotify, Google will have to swell their app offering to really compete with the rest of the market.

Android TV is not lost for support from tech manufacturers, however, with Phillips, Sony and Sharp already announcing plans to integrate Android TV into Smart TV sets in the near future.

Thousands of ‘right to be forgotten’ requests are uk based
Got more money than sense? This is the Smartphone for you
To Top