The price of tablets has tumbled over the last five years. Users now have far wider choice when it comes to how much they spend on a portable device, but can you actually get a good tablet for under a £100?

There are, of course, still the high end £500+ premium tablets out there, but now users have the option of budget-friendly devices starting from as low as £50.

With the new range of super cheap tablets hitting the market, your options for cheap smart devices are growing. Manufacturers now offer both Windows and Android on a number of tablets under £100 with many even falling below the £80 mark.

So what are your options? 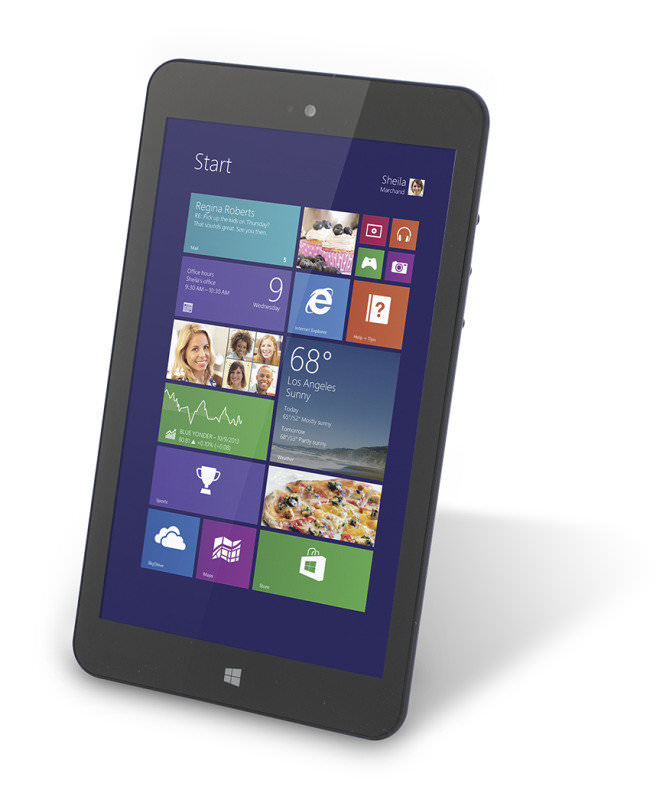 Linx 7, currently the cheapest 7” Windows tablet on the market at the budget-busting price of £49.98 (after trade in), £79.98 without. The Windows tablet is a compact lightweight device ideal for travel and working on the move, but at under £50 what do you actually get for your money?

Well, as you can imagine is not quite as well powered as an iPad or Galaxy, but your £50 does get you a pretty solid device. Specs include 1GB Ram, 32GB internal storage and a Quad-Core Intel Baytrail-T processor.

The Linx 7 has a rather crisp 1280 x 800 screen resolution, front and back 2MP camera, Bluetooth and an extra Micro SD expansion slot for your additional files and movies.

As well as being amazing value at under £50, the Linx 7 comes with a 12 month subscription to Office 365, giving you access to Microsoft’s popular Office packages of Word, Excel, PowerPoint and the rest of the gang.

Value-wise, the Linx 7 literally cannot be beaten. You get decent specs and an Office package for half the price of its competitor. The Linx is a little smaller and clunkier than other 7 inch models, and is maybe less powerful than something around the £80-£100, but for first time users or even kids the Linx is a great choice.

For those who still want a value Windows tablet but also fancy a larger screen, Linx offer 8 and 10 inch versions of the Windows 8 tabs. The 8 inch Linx is £69.99 (after trade in) with similar specs to the 7 inch version, with 32GB storage, additional HDMI connection and Bluetooth 4.0.

The 10 inch Linx sneaks just outside the mark at £109.99, with trade in, but does have 2GB of RAM, 32GB internal storage, MicroSD and HDMI output.

All three Windows 8 Tablets also come with the rather handy year-long subscription to Office 365.

Again, the two larger Linx tablets follow the same path as their smaller brother; cheap, efficient, useful but maybe not as pretty as something worth a little more money. However, for (nearly) under £100 you get a fully stacked 8 or 10 inch tablet with HDMI, expandable SD and Office. These Linx models are ideal for those using a tablet for both business and home, especially as it runs the Windows 8.1 OS, which works alongside the desktop OS.

If you still fancy something on the Windows platform but want to try a different brand, Toshiba have released the super portable Encore MiniWTC-7 . At Under £80 the 7″ Toshiba comes with an Intel Atom Z3735G processor (1.33GHz),  1GB RAM and standard 16GB Flash storage.

As with the above Linux models, the Toshiba Encore comes with a year subscription to  Office 365 Personal to keep you connected to the office.

You’ll also find a couple of handy front and rear-facing cameras, Bluetooth connection and a MicroSD card slot to give you an extra storage boost. 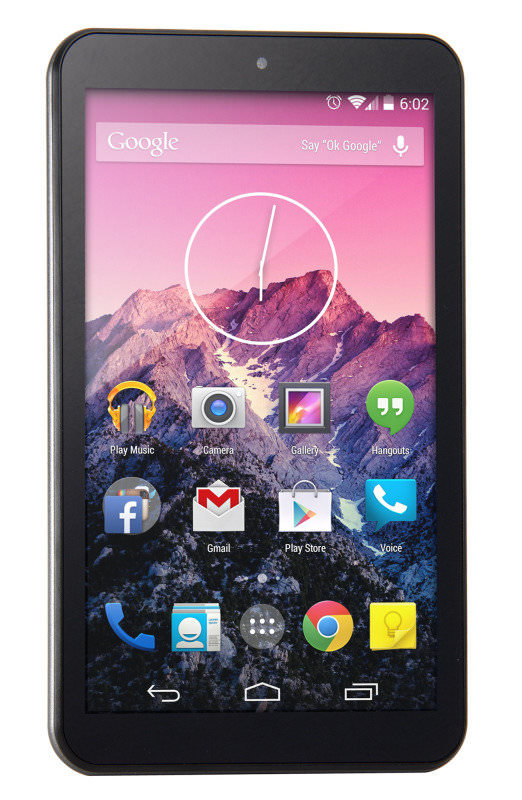 Not everyone has been won over by Windows 8.1, so for those more inclined to use Android over Windows, there are still plenty of tablets on the market under the £100 mark.

The Hisense Sero 8 comes in below £70 and runs on Andriod 4.4 (KitKat). Although Hisense isn’t a household name in the UK, the Sero series won acclaim in the USA last year as one of the most impressive budget tablets. Hisense have since built on their success with the Sero 8.

For £69.99 the Sero is again a fantastic beginner’s tablet, as it’s rugged, simple to use and of course super cheap. The Android OS is arguably the most easy to use as well as having the most apps and support.

If you want to plump for a more well-known brand, another alternative for the Android user is the super portable Asus MemoPad. £79.98 gets you an Android 4.2 operating system with 1.2GHz Quad Core, 1GB RAM + 16GB Flash Memory.

ASUS, amongst other thing, are the brand behind Google’s Nexus 7 tablet so they have a great pedigree when it comes to manufacturing tabs.

The 7 inch high-def screen allows for a compact and light tablet, ideal for travellers wanting something bigger than a phone but that can still fit in a pocket. The MemoPad also has an impressive 5MP rear camera for point and shoot pictures and 2MP front for video chat and selfies.

Again, like its Windows 8 counterparts, the MemoPad has a Micro USB connection as well as expandable storage through Micro SD.

Do home workers lack technical support?
Top Tech from the 1980s
To Top