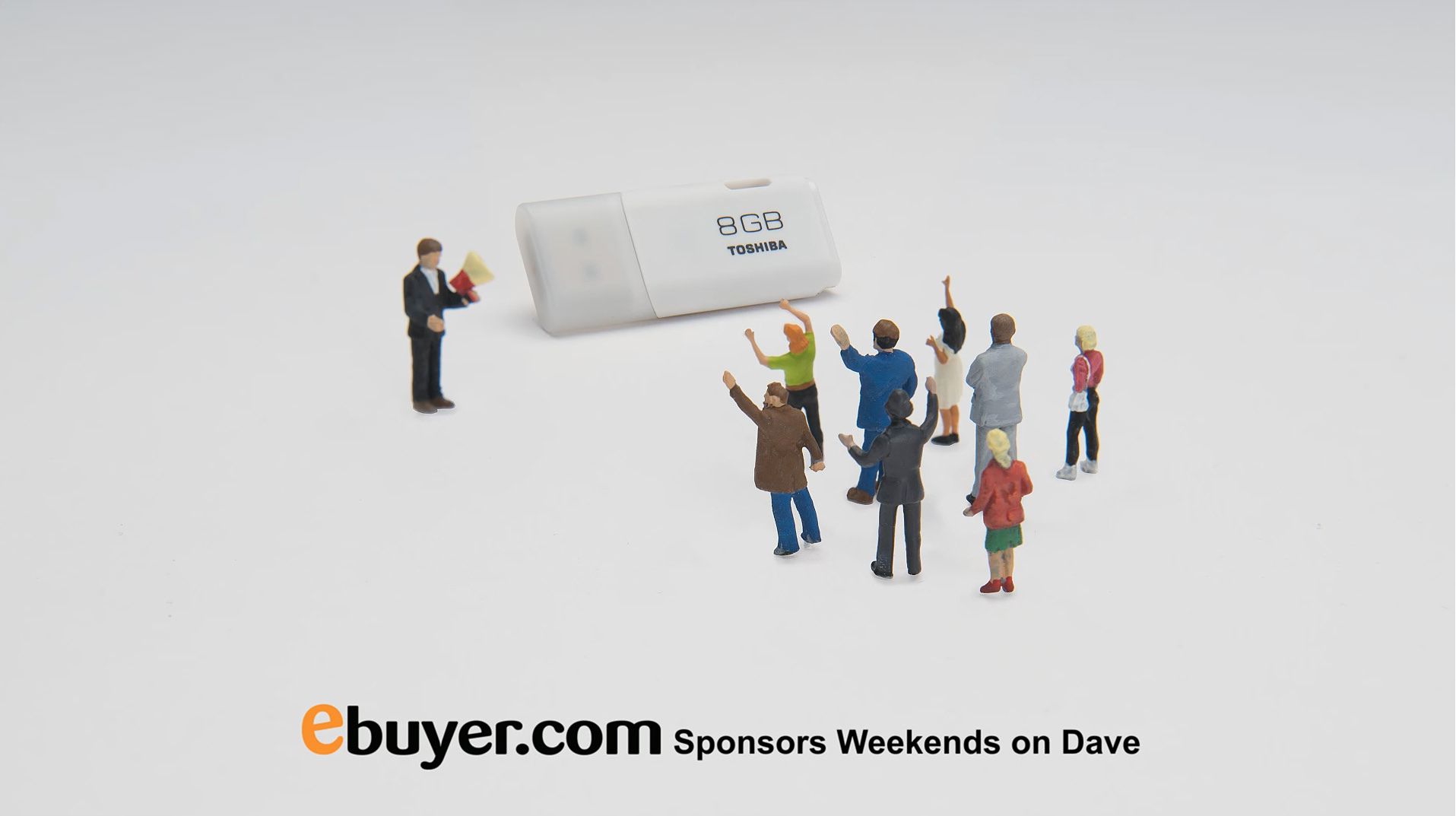 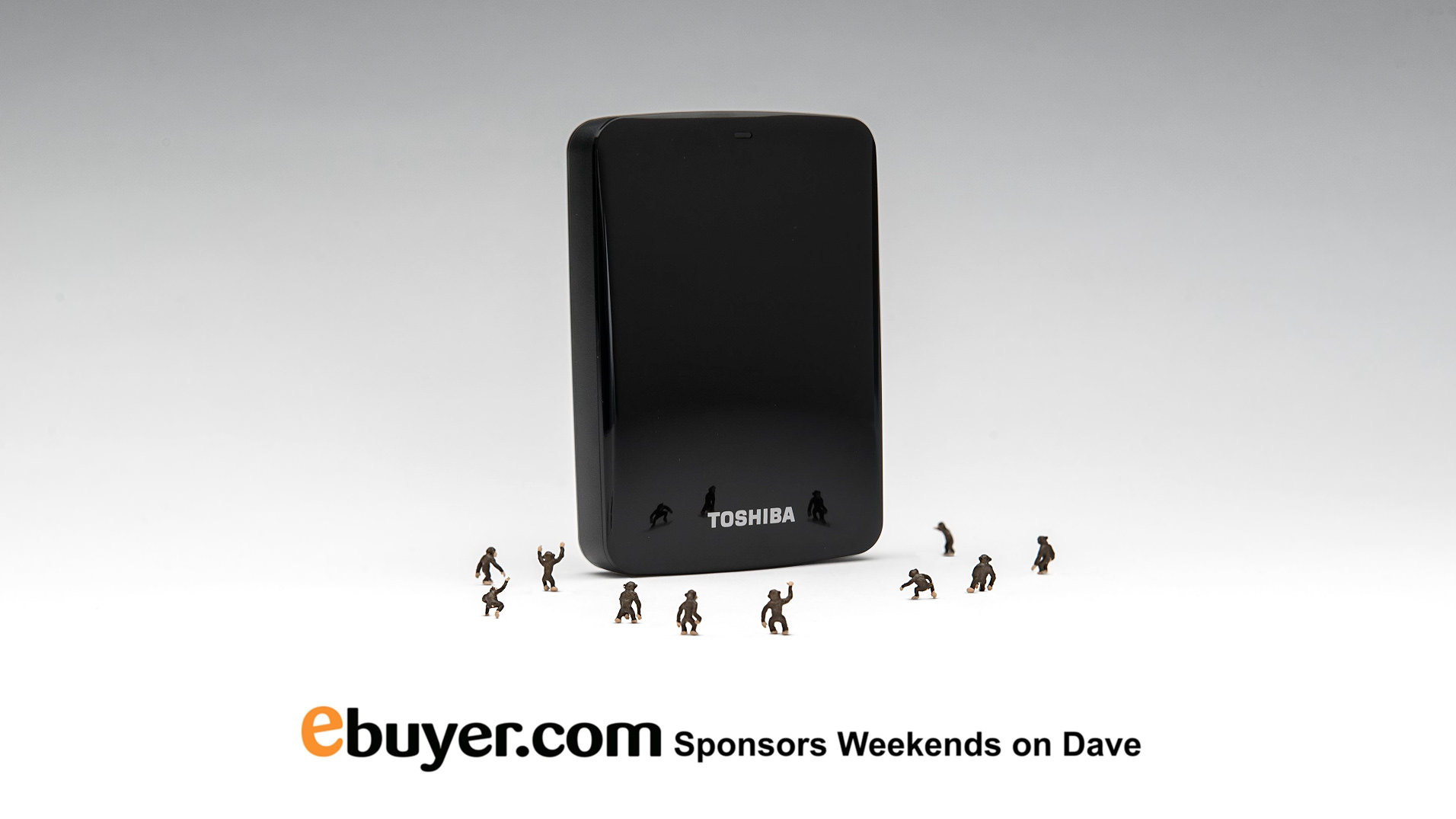 We are delighted to announce the launch of our first major TV sponsorship campaign on the freeview channel, Dave!

The deal with Dave is set to run from January 2015 for a full year, with Ebuyer.com sponsoring the ‘Weekends on Dave’ slot.

The scenarios include toy models provocatively posing in a steam mop ‘sauna’, fighting the eternal evils of power outage and rocking out at a metal concert atop a giant speaker.

Writer and artist Rufus Jones is to voice parts of their toy characters. Along with various acting credits, Jones has previously performed as Captain Reed on the popular Reed.co.uk advertisements. 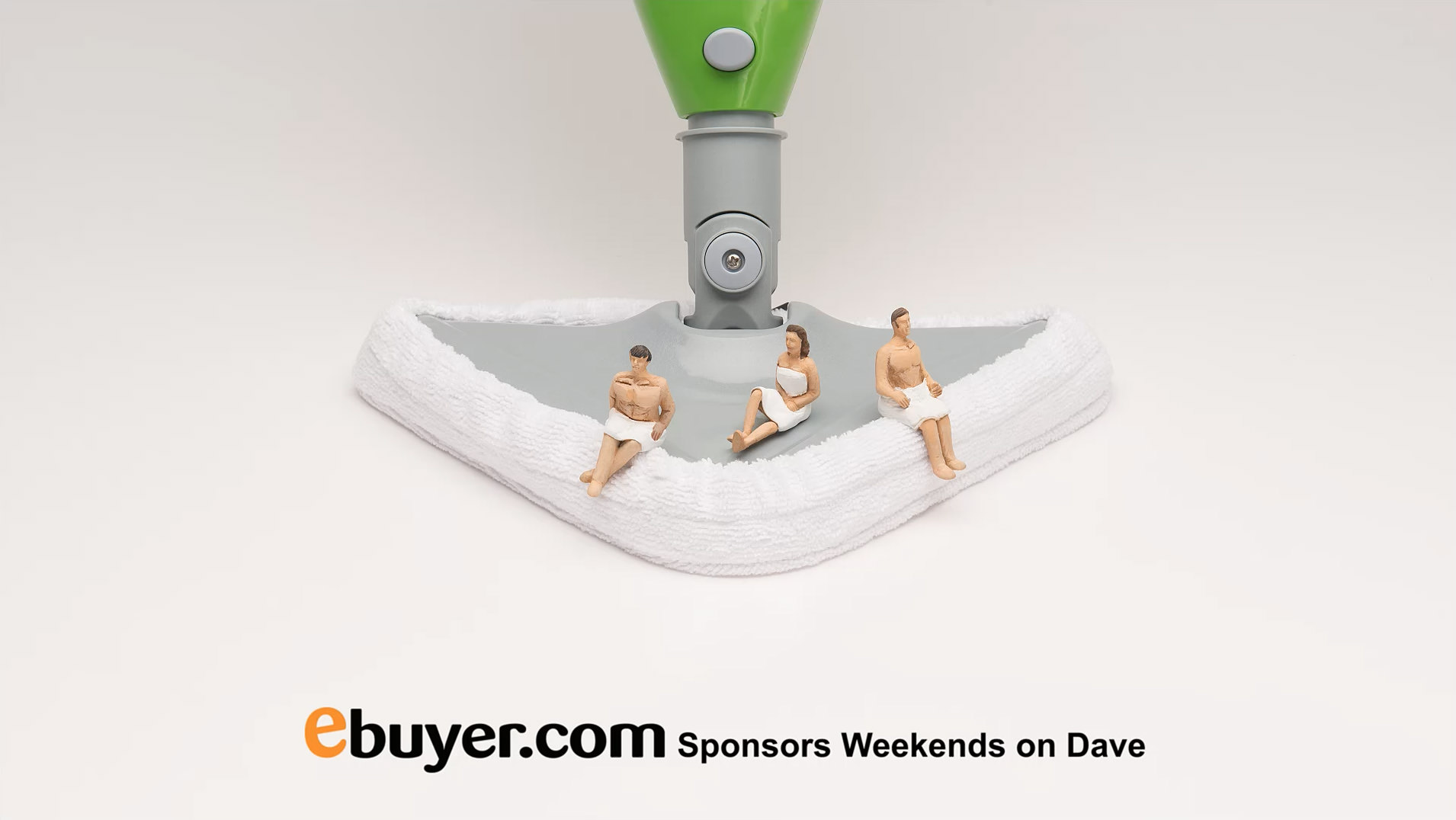 The first wave of idents, set to run for three months, includes 11 different scenarios and Ebuyer hopes Dave viewers will become familiar with the mini models throughout this campaign period.

MD Stuart Carlisle has overseen a year of rapid growth and is excited to see the brand move to national TV.

“This is a great opportunity to get the Ebuyer.com brand out to a wider audience. We’ve already had great success with our radio adverts earlier in the year, so the progression to sponsorship on TV in 2015 will help make more potential customers aware of Ebuyer.com”

“Our sponsorship with Dave is part of a bigger plan for Ebuyer, as we look to become more involved with national events, advertising and TV.”

“The Partnership with Channel 4 and Dave made the most sense to us as we feel the channels hit a large proportion of our key demographics as well as being a hugely popular channel.”

Ebuyer in top 50 for Customer Experience.
App survey 2015
To Top