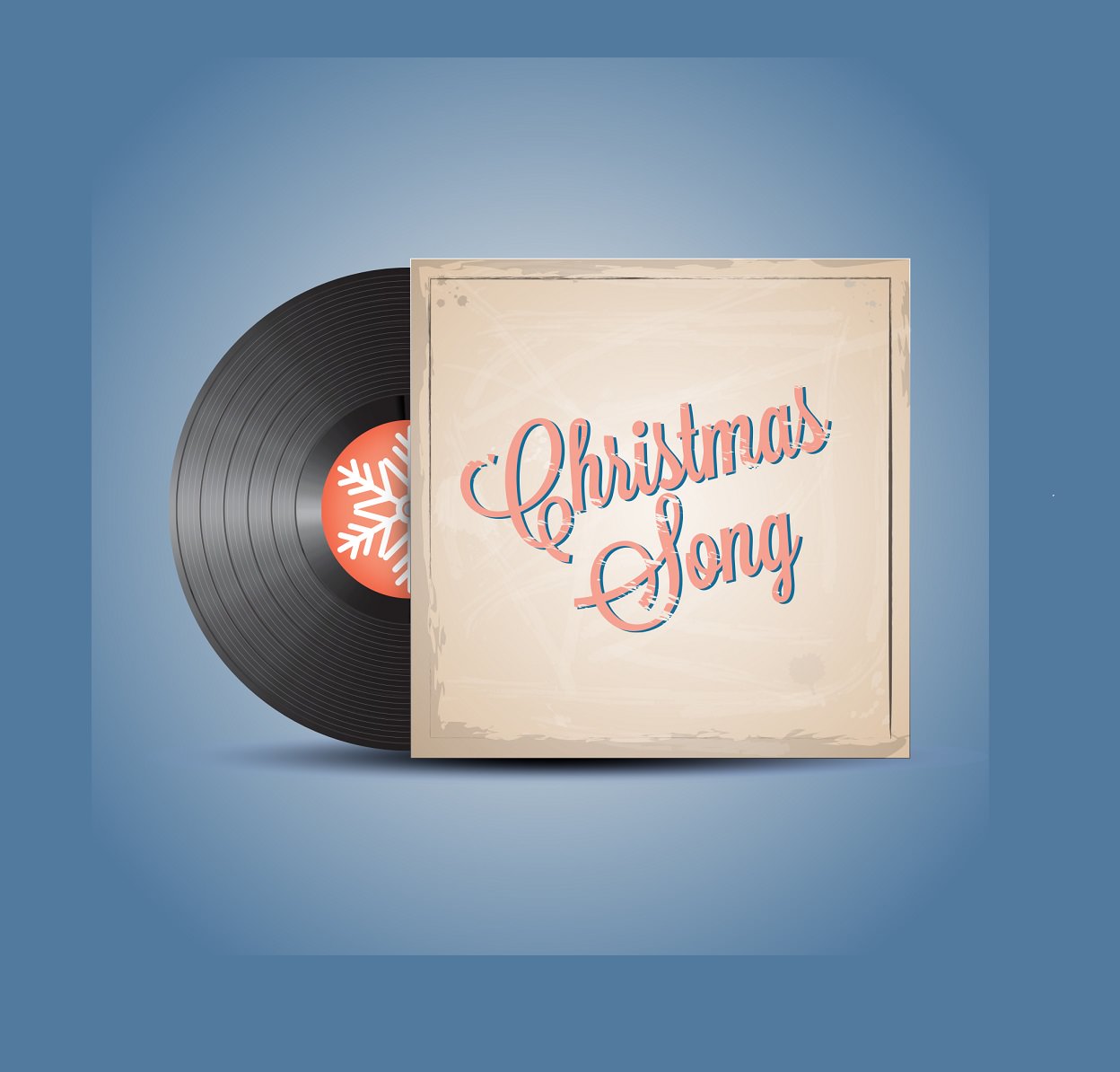 It’s the great guessing game that happens every year: what will be the number one in the charts this Christmas?

Since the advent (pun intended) of Simon Cowell and production line ‘pop’ it’s usually some failed karaoke singer from The Dog & Duck that takes the coveted number one slot and, it has to be said, the tradition of top singers and bands releasing a special festive tune seems to have died out.

Nevertheless, there have been some brilliant Christmas songs and the odd gem is still released. There are also, of course, the perennial favourites that play on endless loops in high street shops from September through to January.

Everyone has their own favourite tunes and I’m no different. So here, for the sake of argument and discussion, is a list of my top ten Christmas hits of all time. 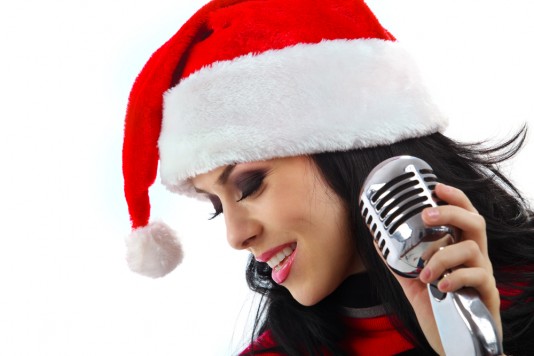 Just a word about the rules. A song doesn’t have to have been number one to get in the top ten. There have been plenty of top tunes that didn’t make it to the top of the tree (again pun intended) so if I like it and it’s festive it can be in the top ten regardless of chart position. And those are the only rules. Without further ado, here are my top ten Christmas songs of all time:

No ifs or buts. No discussion. Fairytale is quite simply the best Christmas song ever. By a country mile. The most unlikely combination to fetch up in the charts since Pinky and Perky, Shane MacGowan and the tragic Kirsty MacColl are simply brilliant. As are the lyrics and the beautifully shot video.

Telling the bittersweet story of an Irish immigrant’s night in the New York drunk tank, the sombre song isn’t the usual festive fare but nevertheless manages to be a sentimental, sing-a-long tune that brings together the joy and despair that the Christmas season can summon in us all.

Amazingly, the song didn’t reach number one in the UK charts when it was released, but it has since sold over a million copies and has to be the first tune on anyone’s festive mix.

Mariah in a Santa suit cavorting about in the snow. There was no way this one was going to be left out of the top ten. For some inexplicable reason ‘All I Want’ didn’t make it to number one back in the day, but it’s one of those festive songs (and videos) you just don’t get fed up of hearing…or seeing.

Another brilliant song that didn’t quite make it to number one, but did at least get to number two in 2003. A wonderful parody of other Christmas songs, the band were justifiably proud of penning a chart hit with ‘bell end’ in the title. I’m sure the line ‘Feigning joy and surprise at the gifts we despise’ resonates with everyone who valiantly tries to appear pleased at receiving yet another rubbish present from an aunty they only see once a year. 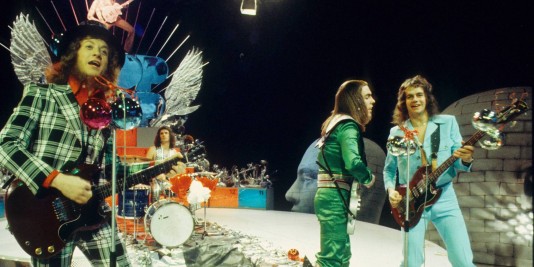 More Christmassy than eggnog. More festive than tinsel. A true Christmas staple. The ultimate sing-a-long song, Slade’s mega hit has been a crowdpleaser since 1973 and is always the most popular tune at any Christmas party. And why not? Noddy Holder and the boys have come up with an absolute classic that is certain to appear on every Greatest Christmas Hits album from here till Doomsday.

OK, back to the sugar and popcorn. Penned by Irving Berlin and crooned by Bing Crosby, the song debuted in the 1942 musical movie Holiday Inn and was then reappraised by Crosby in the 1954 film White Christmas. Although figures are hard to pin down, White Christmas is believed to be the biggest selling song of all time with between 50 and 100 million copies sold.

There aren’t many videos of Christmas songs that feature the Sinai Desert and footage of the Vietnam War, but Lake’s classic song is all the better for it. A musical tirade against the commercialism of the season, my favourite part of Lake’s track is the Troika instrumental. Probably the biggest accolade the song has received was its use in a Sainsbury’s Christmas commercial. 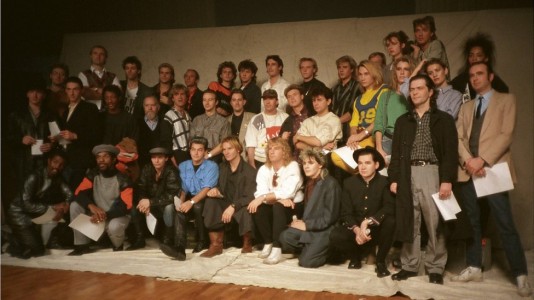 One man’s charity is another man’s cash cow but, leaving that aside, Band Aid’s 1984 hit sold millions and raised many more for famine relief in Africa. Co-writers Bob Geldof and Midge Ure (yes, he was involved as well) started by penning a classic song, but the master stroke was getting so many huge egos into one room to create the record. The only caveat to the song being included in this top ten is that I’ll only accept the original version. The re-releases in 1989, 2004 and 2014 were all dire.

The 1970s were the golden age of Christmas songs and Mud topped the charts in 1974 with Lonely This Christmas. Great for getting into the festive spirit or, depending on your mood, as a backing track to suicide, Les Gray’s soulful lament to a lost love isn’t the most uplifting of Xmas songs. Nevertheless, no one can fail to get into the spirit of Christmas when they see Mud’s appearance on Top of the Pops with the brilliant Rob Davis festooned in tinsel and baubles.

Despite little evidence that she did anything towards it, Yoko Ono is officially listed as co-writer of this classic, but as a Beatles fan who still blames her for the band’s break-up, she isn’t getting any credit from me. Penned as a protest against the Vietnam War, Happy Xmas was released in the UK in 1972 though it was beaten to the Christmas number one spot by Little Jimmy Osmond’s seminal work ‘Long Haired Lover from Liverpool’.

Gloriously over the top, the video that accompanies this festive chart topper from Boney M is wonderfully nuts. Bobby Farrell lip-syncs his way through the song while freezing his baubels off in Red Square. Still, no Christmas mix would be complete without this brilliant song that stayed at number one for eight weeks.

So that’s that. To be fair, there are loads of classic songs that I’ve left out, so let us know your festive favourites by commenting below.