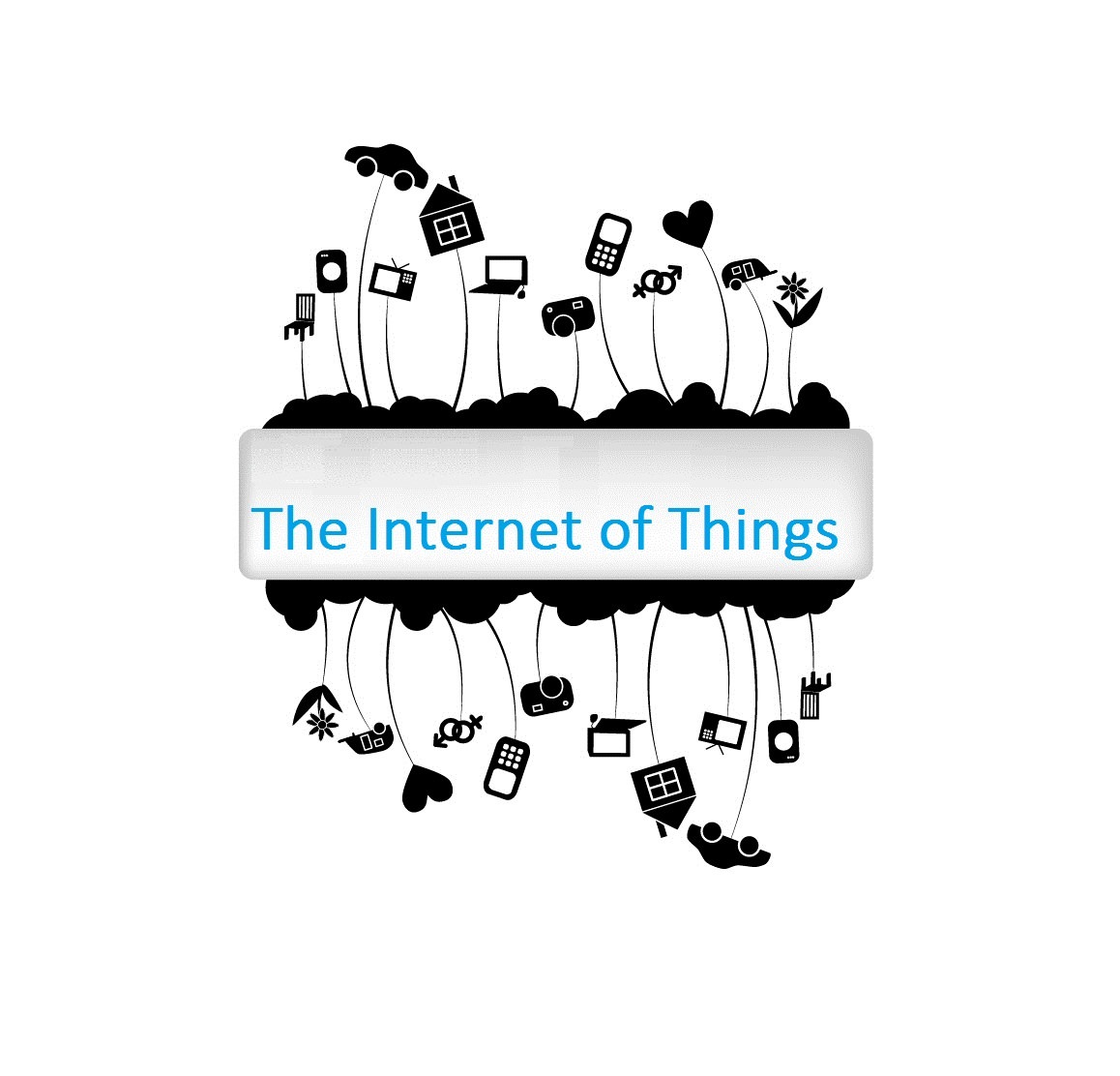 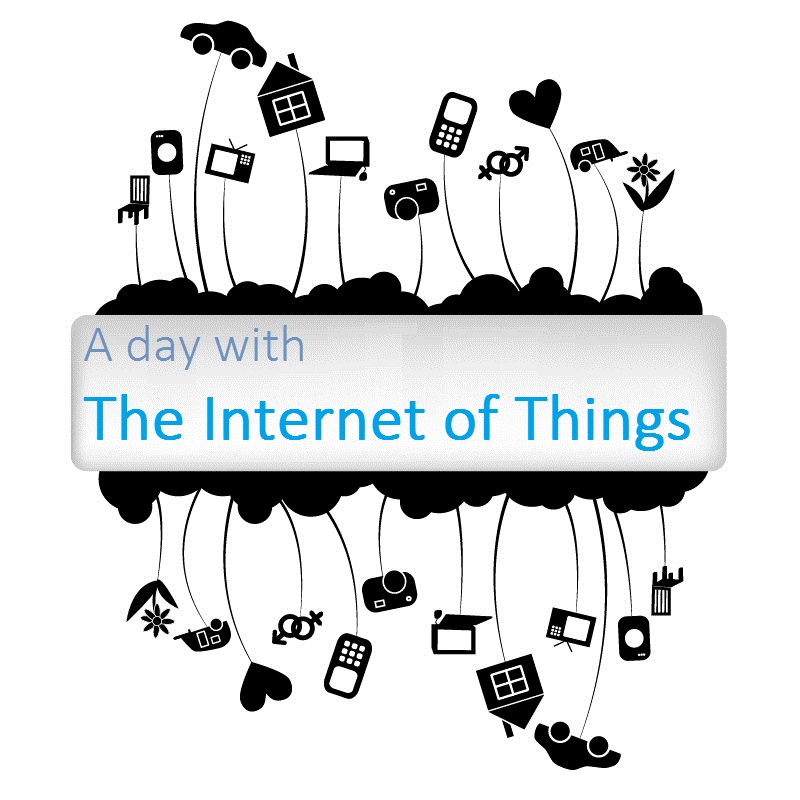 During their CES keynote speech, Samsung outlined their disappointment at the technology industries lack of initiative in creating devices compatible with the “Internet of things”. Specifically, Samsung’s Chief Executive Boo Kuen Yoon, spoke of the need for tech companies to increase their collaboration for IoT devices. But what is the internet of things, and why will become an increasingly large part of our lives?

Essentially, a device is compatible with the Internet of Things when it is kitted out with the means to connect to the internet. To me and you then, an IoT device is a Smart device.

At present, this mainly amounts to increased connectivity to existing tech. Things such as Smart TV’s and games consoles have had the capability to connect to the web for quite some time. The next step for IoT is to bring previous ‘brain dead’ items the Smart makeover, and Samsung are taking a lead on the concept. 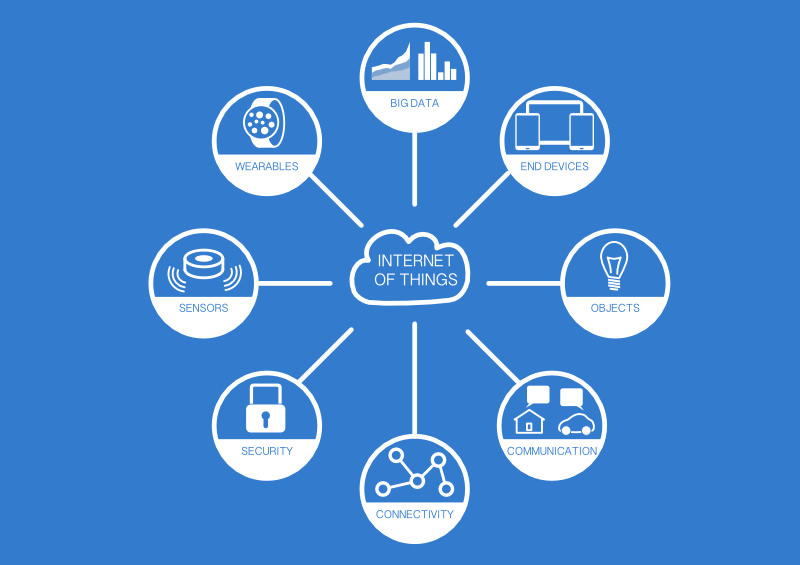 So much in fact, that during the same keynote speech mentioned above, Yoon also proclaimed each and every Samsung product would be IoT ready come 2020. In doing so, Samsung hope to create the truly connected home, and with it take our lives to new levels of convenience.

So what might a typical smart-day consist of? Well, here’s just a few ways in which your life will be becoming Smart in the years ahead.

Come home from work in your autonomous car, and you hop out before you get to the garage. The garage door senses the car’s presence, opens up, and the car drives itself in. Head into the house, scanning the smartphone enabled smart lock on the front door as you pass.

You’ve been kicking back during your escort home, relaxing to some laid back sounds with your headphones on. Walk in the house, and your headphones have beamed that same music onto your home sound system. That’s joined by the lights, who are notified of your arrival and illuminate the room in which you stand.

Before you left the house, you’d already thought ahead to your evening meal. Using the linked smartphone app, you’ve set your smart oven to whip up your dinner. The smart fridge keeps a tally of all the items stocked within it, and your oven pipes up to spew out a list of potential meals. 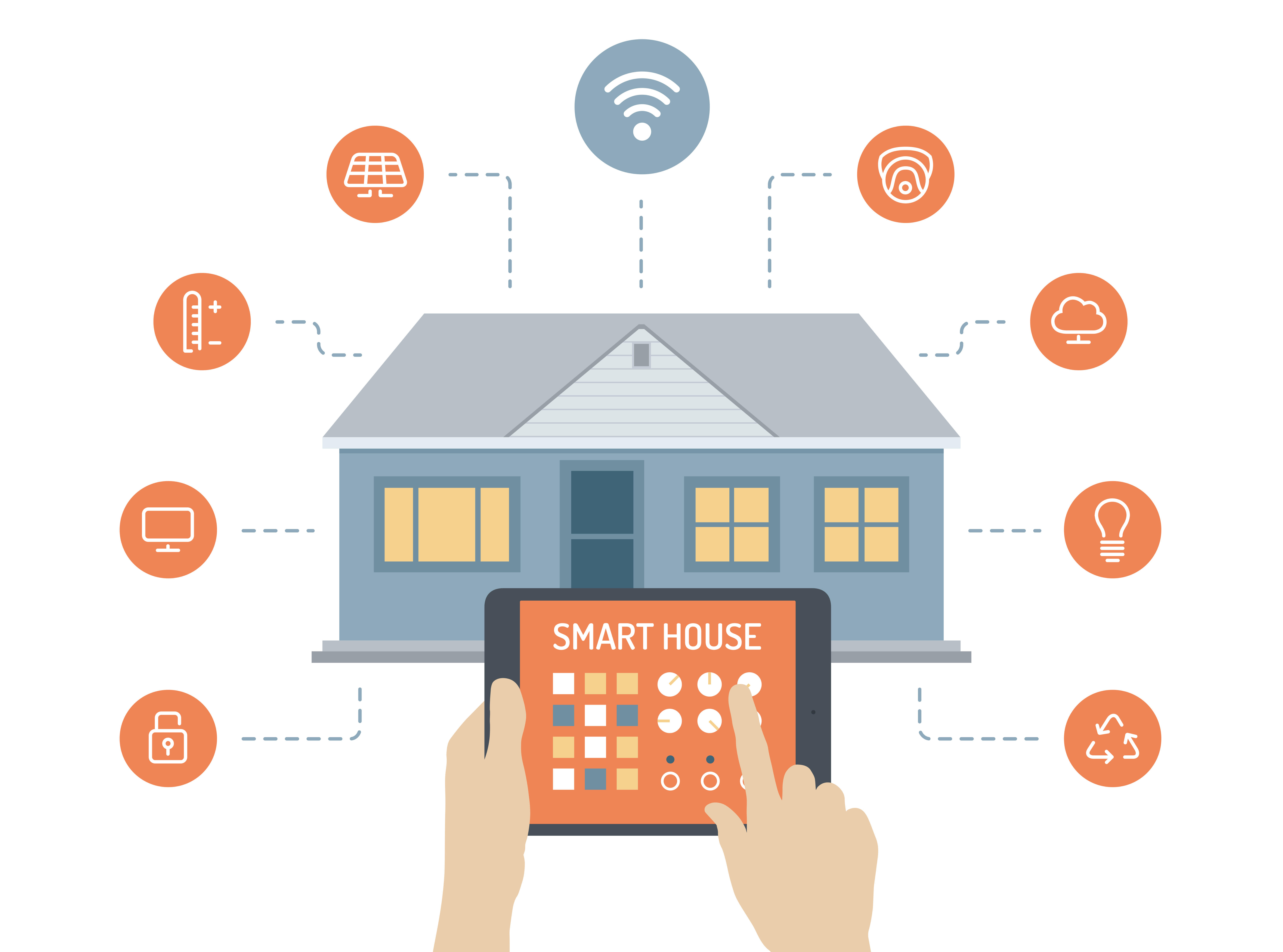 After choosing one, you then set the time you wish to consume it. It’s due to be ready for 7pm, so you relax and enjoy a cup of tea that your smart kettle rustled up for you on arrival.

The doorbell rings. Take a quick look at your smartphone and you’ll see who it is. The smart peep hole features a little camera that beams its image onto your smartphone when someone is at the door (no matter if you’re in or out).

It was your son. As he enters the house, his musical taste is replicated on the sound system. He wanders into the living room, and a connection between his smartphone and the sound system recognises who it is, and blasts out some tunes he will enjoy.

It’s time for bed, but the smart fun doesn’t stop there. After learning your musical habits, this time the smart music system takes it down a notch, soothing you to sleep. Whale noises perhaps.

It’s the morning, and your smart home is on hand to make sure your daily routine runs as smoothly as possible. Using the diary on your phone and learning from previous experience, your home knows what time you need to get out of bed. The alarm works out the best time to get up, collecting data on traffic, the time you need to start work and how long it usually takes you to get out the house.

Again, the lights are in on it as well, triggering themselves on at your time of rising. They also learn your lighting habits, and illuminate your way to the bathroom for a morning wash.

Your favourite breakfast radio show accompanies you around the house. Take yourself downstairs, and your coffee machine has already got your morning brew on the go. After receiving data from the fitness band on your wrist, it knows how many hours sleep you’ve had the night before. Should you be lacking in a couple of hours kip, the coffee will be made that little stronger for a heftier morning pickup. 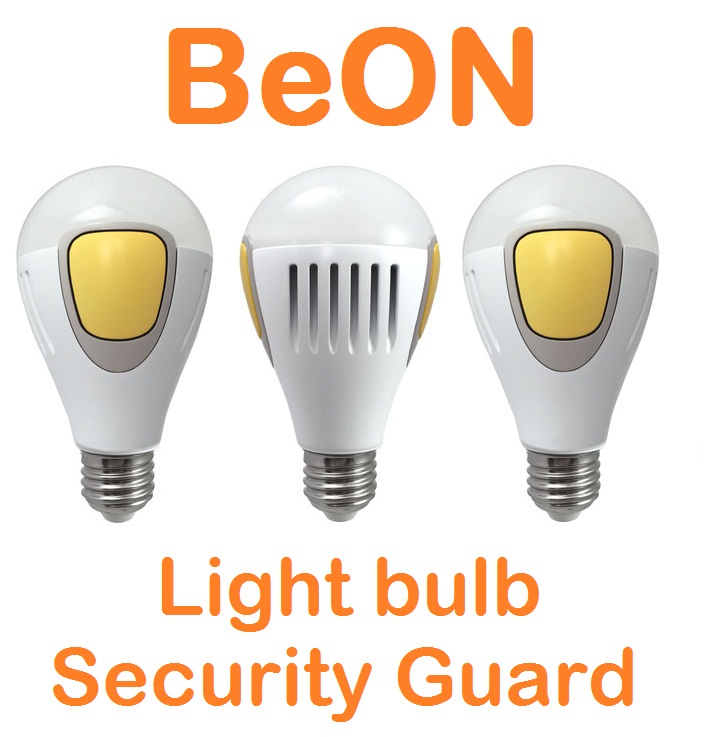 And off you go to work, enriched from another day in the smart life. But even when you’re out, the IoT enabled home is still at work. As your smartphone signal gradually fades out, the smart home clicks into power saving mode. The fridge powers down, lights switch off and the heating, which all the way through your day has been monitoring the temperature to suit your preferences, goes off.

Through the power of your smartphone however, they all remain remotely accessible. For example, you’ll still be able to monitor who’s at the door. Should someone come to the door while you’re away, the lights are able to act as if someone is in, thus masking your lack of presence. Should a fire occur, your smart smoke detector will alert you to the problem.

Smart devices not only enhance the convenience of your life when in the house, they give you peace of mind when away from it.

And the best thing about all this remarkable collection of tech? It’s all ready to smarten up your life in the very near future. Much of the tech mentioned above has been covered on the Ebuyer Blog before, such as the BeOn smart bulbs and the Prizm smart music player. Other IoT creations, such as the smart bed, self-cooking oven and smart peep hole, have made special appearances at the ongoing Consumer Electronics Show. That’s all without mentioning smart locks and smart central heating (such as nest), which are both very much emerging in their industry presence.

Samsung are intent on seeing the IoT grow to encompass your entire home. Yoon stressed the importance of tech brands clubbing together to allow all devices to work seamlessly with one another. Samsung have confirmed all their smart tech will be unlocked. Making it compatible with any other brand’s smart tech enables sharing of data, vital to meeting the consumer’s needs.

Seeing other tech companies follow suit is the only way a revolution in IoT can take place. Connecting the dots of all your smart tech can build the IoT infrastructure that Samsung so clearly crave.

Not that IoT is limited to tech in the home. The scope for its use is limitless. From traffic systems to electrical distribution, it can all benefit from an uptake of IoT compatibility. But it requires one thing; Collaboration. Let’s hope Samsung’s plea to the tech world is acted upon.

What’s your take on the Internet of Things? Do we really need all this smart tech in our daily lives, or does it trigger a terrifying vision of a cybernetic revolt, where humans no longer have to think for themselves? Let us know.

And check out our other coverage of CES 2015, including the preview and our daily roundups, such as the one below. 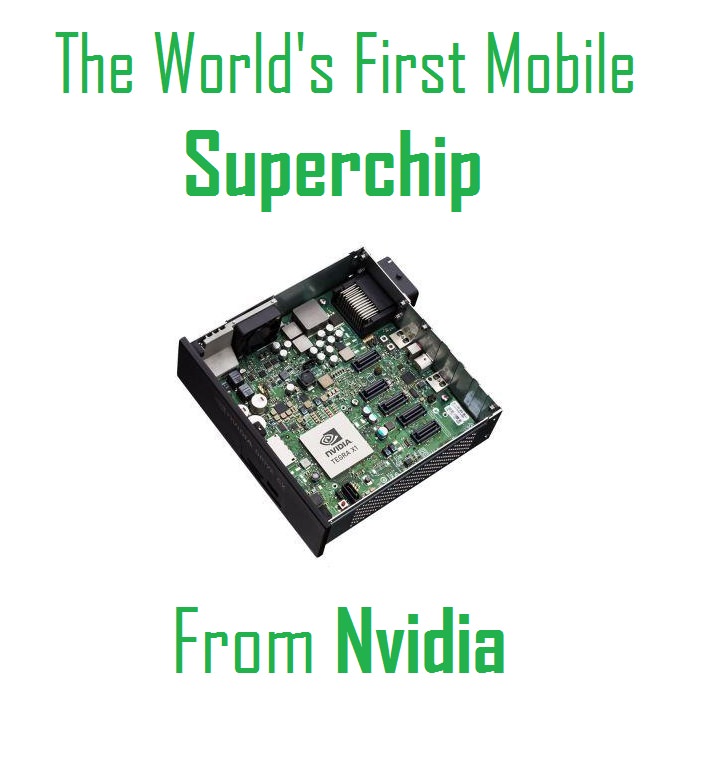 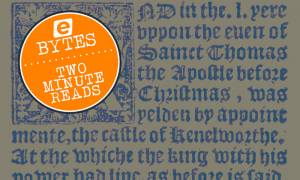 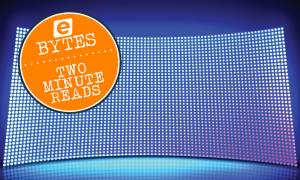