Fed up of the morning commute stuck with four wheels planted on the M25? Well how about cutting the trappings of other land-dwellers and hitting the sky with your very own flying car?

That’s right, apparently our skies may soon be littered with the rather peculiar sight of flying cars in as little as two years’ time, if a one company has its way.

Back to the future and the Jetsons eat your heart out, the flying car could be closer than you think… well if you’ve got a few quid to spare.

The Slovakia- based manufacturer AeroMobil have announced they are aiming to launch their fully-fledged flying car to the public by 2017.

After debuting a prototype at the 2014 Pioneers Festival in Vienna. The AeroMobil 3.0 showed off its driving and flying abilities transforming from standard supercar to light aircraft in a few easy steps. Check out the video below to see the sweet transformation.

AeroMobils’ current edition, nicknamed the Flying Roadster, isn’t wildly different from your average sports car or private plane (if those are average). It runs on regular petrol, can seat two people, fits into a regular car park space and can travel up to 545 miles. When airborne, you can reach speeds of up to 124 mph, with a range of 435 miles, which is pretty good for a light aircraft.

The Roadster is designed to take off from any piece of flat land or field, meaning drivers don’t need to be tied to runways and airports, which is key to getting the car popular enough for ‘common use’.

The next step for the Slovakian team is to get the car/plane from concept stage to the market in under two years.

There are a number of hurdles the team need to jump before getting the vehicle into the sky. Aside from complex licensing and regulation issues, AeroMobile is still searching for perfect material and components to keep the car in the sky whilst also being strong enough to pass traditional crash and safety test.

Vaculik expects that AeroMobil will solve their problems in two years by creating super lightweight and strong materials to use on the car.

Don’t get me wrong we all want a flying car, but who do AeroMobil think will actually fork out for the airborne automobile?  Well no prices have been quotes just yet but the team at AeroMobil believe it will be at least “a couple of hundred thousand Euros”.

Their target market is going to be flight enthusiasts and supercar buyer. Which is helpful as the two sets of buyers often go hand in hand.

Vaculik believes his flying cars would also be ideal for shorter trips of up to about 640 kilometres where travel time to and from the airport, security checks and delays can currently double traditional travel times by air.

Vaculik also wants to take their flying car to the next level by creating a four-seat edition designed to be fully autonomous. 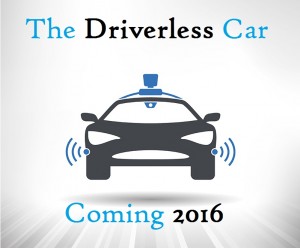 Tech of F1
Should dashcams be mandatory in cars?
To Top