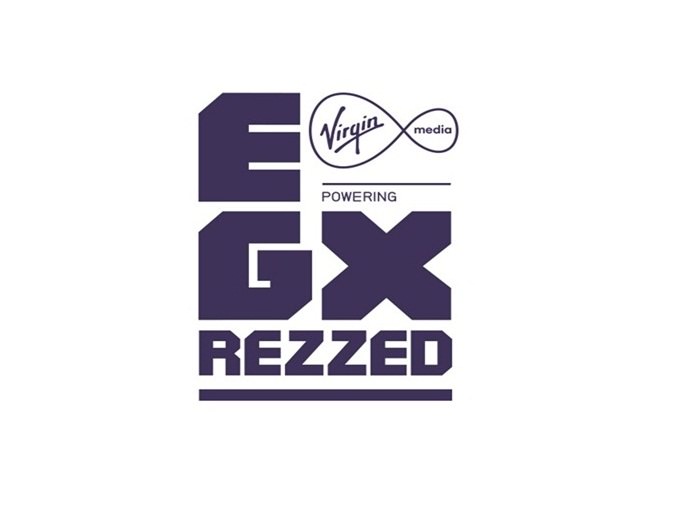 EGX hold some of the UK’s biggest annual gaming shows, one of which was held last week in London. EGX Rezzed, the little sister of the group, headed down to Tobacco Docks, East London for a weekend gaming extravaganza. Paying close attention to upcoming Indie titles, Rezzed is a great platform for independent developers who want to get their games noticed.

We were there to soak up the best of the show.

There were however, a few highly anticipated, headline grabbing titles for myself and Scott to feast our twitching fingers upon. For us, the biggest of  the bunch was  Bloodborne. Developed by Japanese company ‘From Software’ Bloodborne holds more than a smattering of hallmarks to their previous titles, Dark Souls.

After the disappointment of the Order: 1886, publishers Sony are throwing a number of their eggs into the Bloodborne basket, with the PlayStation 4 in need a meaty exclusive. The alpha version of the upcoming action title took up a large portion of Sony’s Rezzed stand, and we dived in and had a go. To which we were relatively impressed. Set in the ruined city of Yharnam, you wander round a dark, gothic location with the air of a sinister tone constantly hanging over you. Populated with all manner of deranged, weapon-wielding inhabitants, the player can choose from one of three weapon setups in order to slash and blast their way through the chaos. 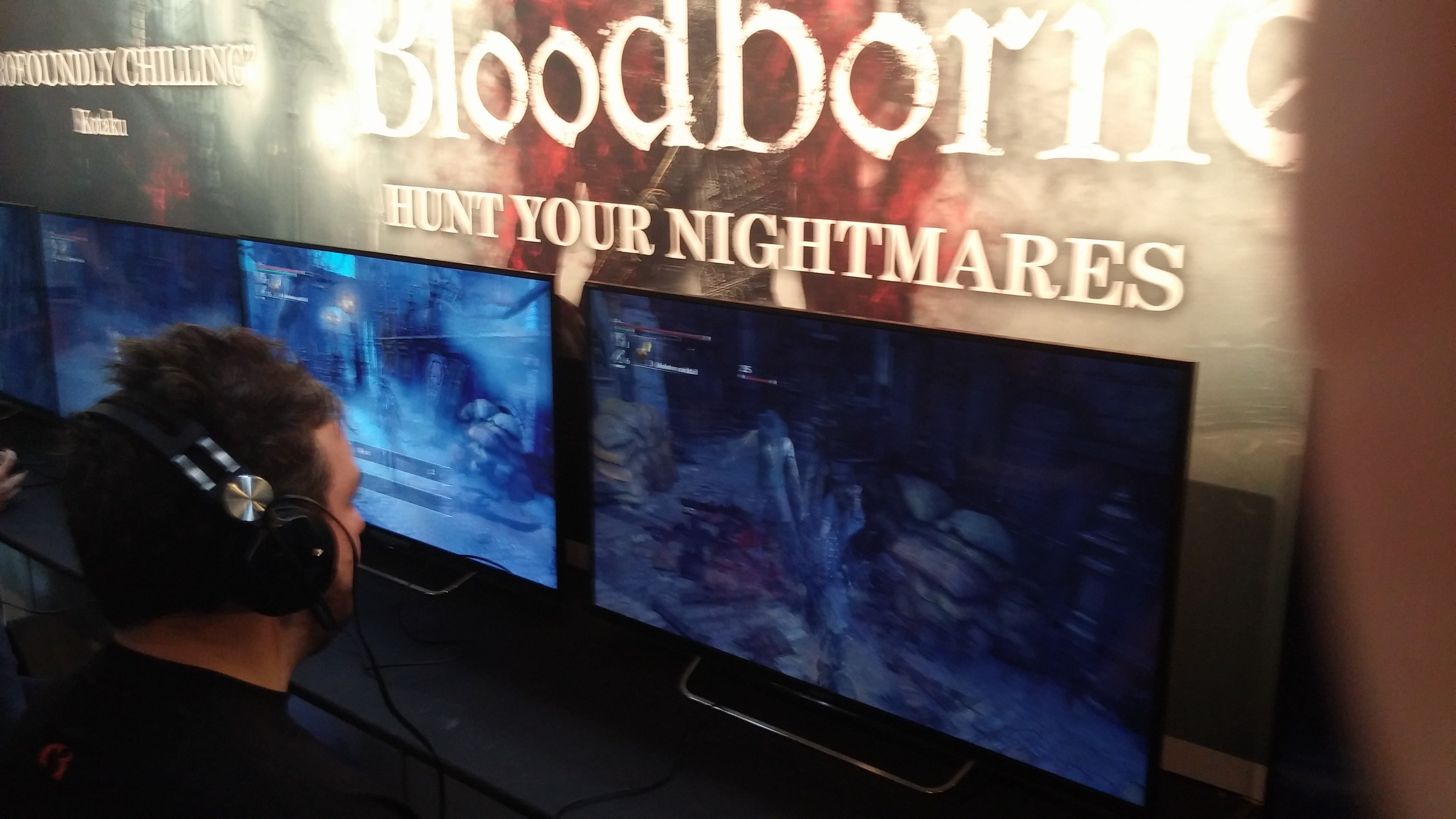 The similarities to Dark Souls are unavoidable, and given its success, From Software can be forgiven for sticking to what they know. Bloodborne holds largely the same gameplay mechanics to that of DS, including some exceptionally tight sword-slashing action. Indeed, Bloodborne may be even inheriting the famed difficultly levels of DS (my play through was cut short after I was mauled by several bloodthirsty Yharnam city-goers). How far From Software can introduce some new flesh to the frame of their past games may hold the key to its level of success come launch day on the 27th of March.

Battling Bloodborne for Rezzed supremacy was the first expansion from Guild Wars 2, which was made available in the UK for the first time at Rezzed. Named Heart of Thorns, we braved the queues and signed up for a PVP battle. Featuring two teams of five, we took to the specially designed ‘Champion’s Dusk’ map, battling it out on HOT’s new game mode, ‘Stronghold’. Located in the centre of the map were a series of supplies, used to recruit AI controlled troops set on taking down the oppositions Stronghold. Teams must take down their adversaries barracks, exposing the ‘Lord’ held inside. First team to kill the opposing team’s Lord wins. Completed in little over ten minutes, Stronghold could forge a niche for itself for those looking to dip in and out of the at time attritional Guild Wars experience.

Despite the heavy defeat me and my team had to endure, I left the Guild Wars room happy with the addition of Heart of Thorns. Developers ArenaNet are looking to the future with HOT, and the addition of new content will add a layer of longevity for hardened players. Additional features such as the Borderland map, Revenant profession and Heart of Maguuma region will no doubt keep fans of the MMO coming back for more. 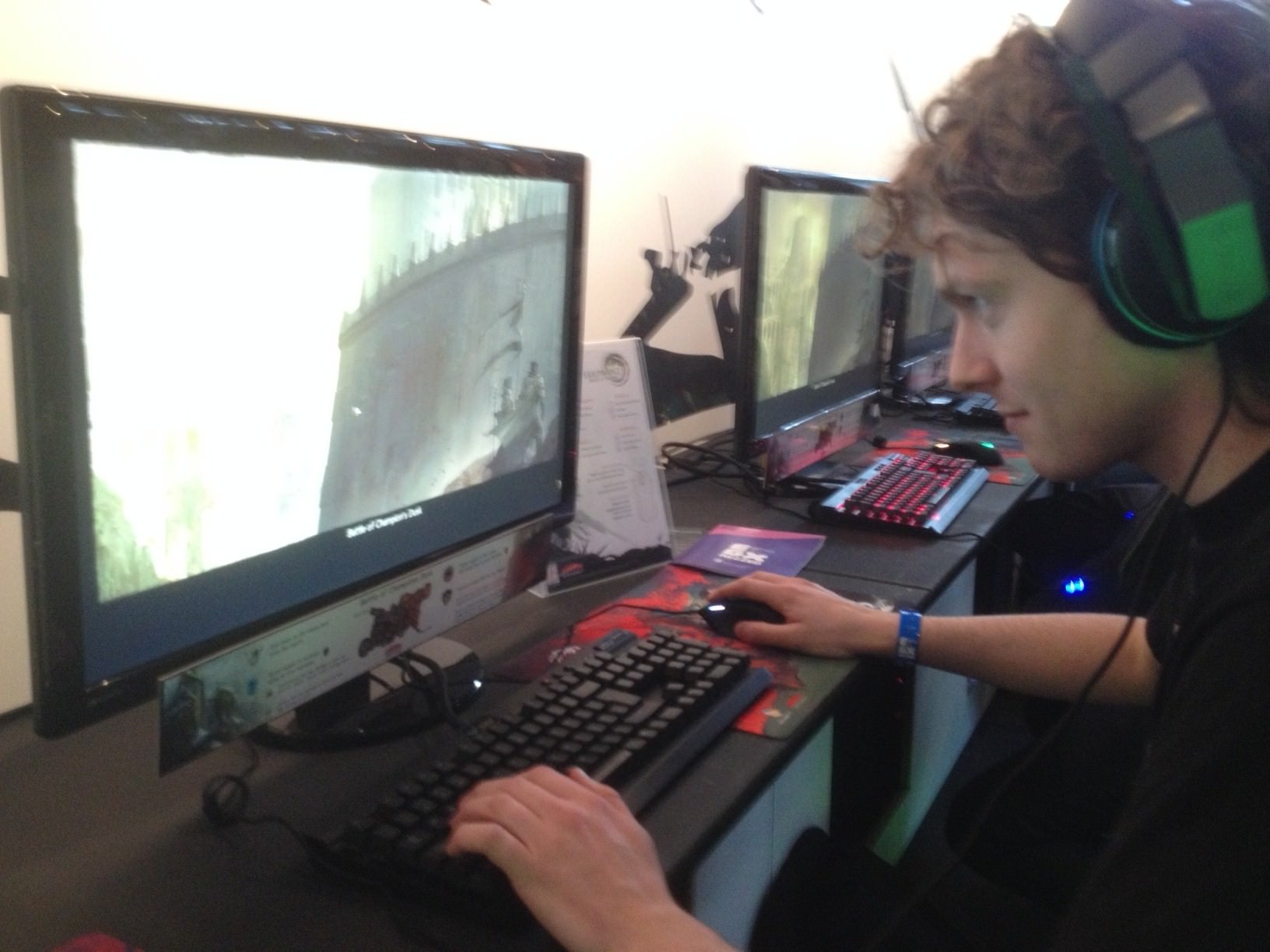 The depth and breadth of Indie titles on offer at Rezzed is testament to the levels of innovation currently ongoing in the industry. Both Xbox and PlayStation brought a number of upcoming Indie titles along for attendees to get stuck into.

Amongst the games to impress us was Inside my Radio, a side-scrolling, rhythmic platformer from Seavan Studio. Playing as a small green box, each move had to be made to the beat of the sounds pumping through your ears. The use of sound as an imperative pillar of gameplay is underused in the gaming world, and we admired Inside my Radio’s innovative offering. On display in the Xbox arena, Inside my radio will be available on PC and console’s, in the words of their website, “When it’s done”. 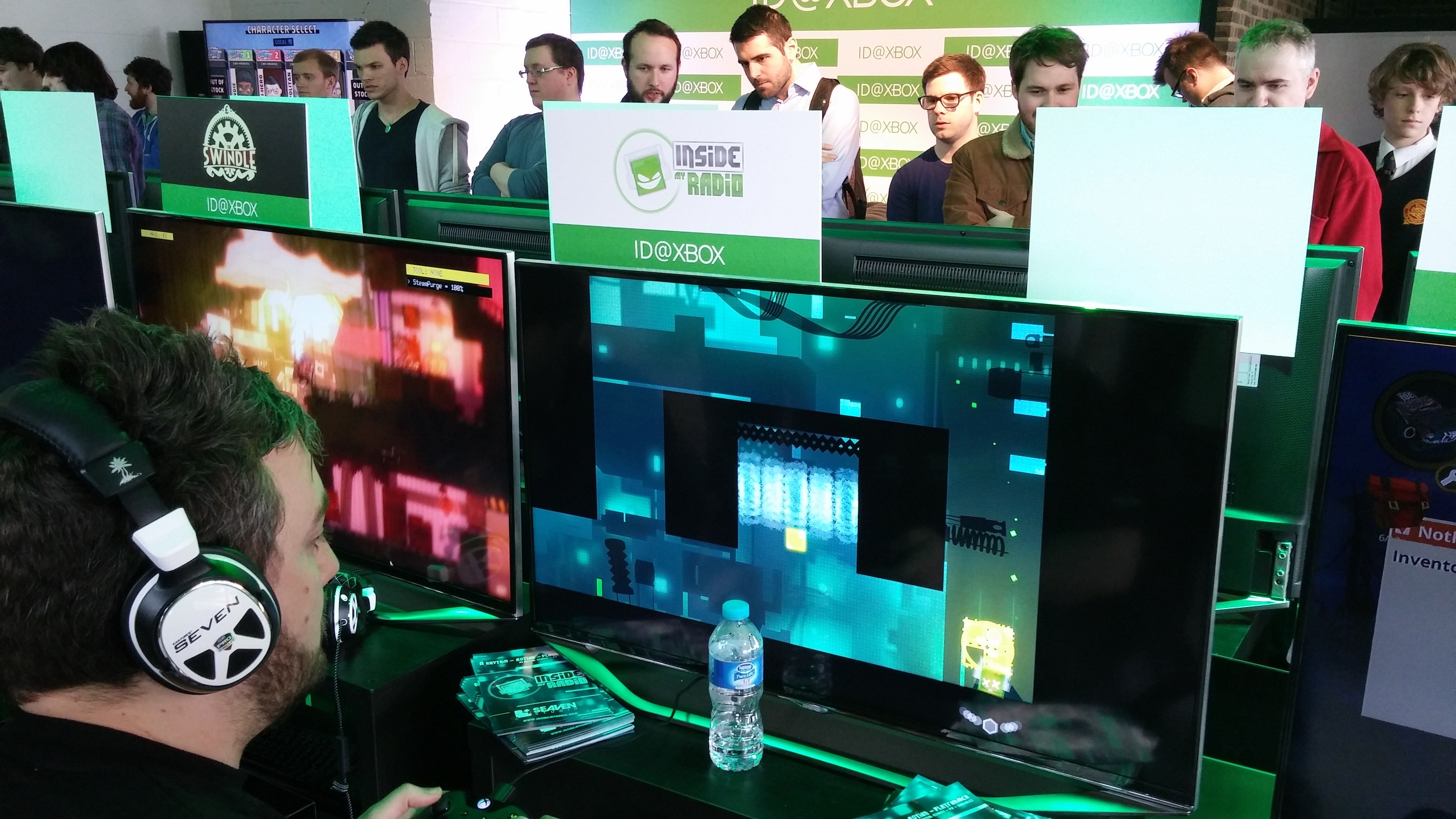 Heading over to the PlayStation room, Magicka 2 represented the most eye-catching of the PS4’s titles at Rezzed. Publishers Paradox Interactive have taken the success of the original Magicka and are bringing it to consoles. With a new developer on board in Pieces Interactive, Magicka 2 takes much of the original and adds a bucket load more content. Featuring eight, interchangeable elements ranging from ice to fire, Magicka provides a starling amount of depth for a game with relatively simple gameplay. Drop-in, drop-out co-op play is perfect for Magcika’s short-burst style, and is due for release on the 26th of May. 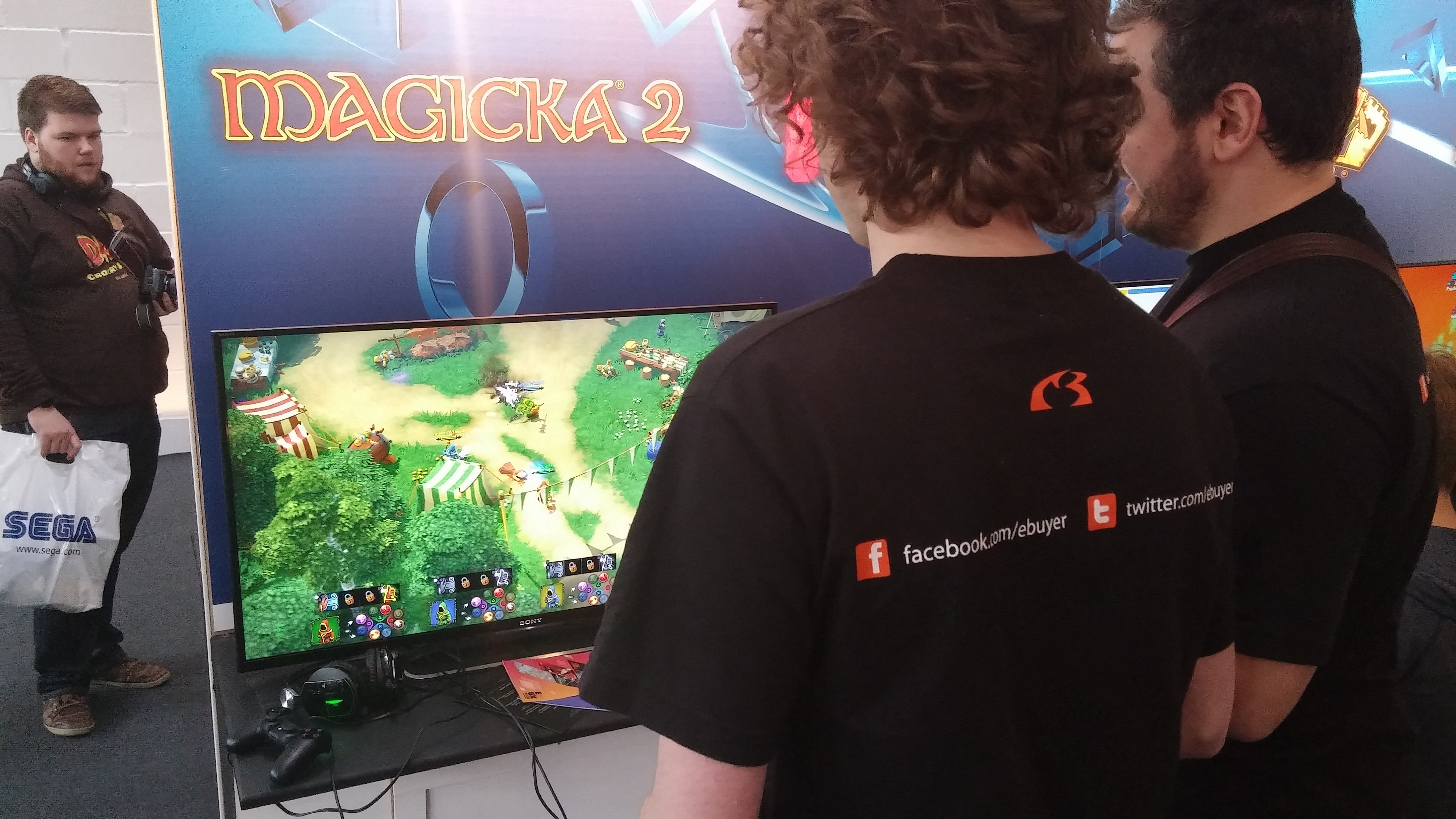 One final stop led us to developers Team 17, who brought a number of their latest titles to the Rezzed floor. Two, broadly alternative titles caught our eye. Firstly, Beyond eyes, a narrative driven game where you control a blind Japanese child on a mission to relocate her lost cat. Using only what your character Rae hears, sees and smells, you must navigate through an eerie, water-washed style world of greenery and mystery. Beyond Eyes’ rather mystifying nature is what attracted me to the bewildering concept. I left wondering whether I had just seen an endearing, child-friendly experience or a nod towards chilling Japanese horrors.

As if the Team 17 studios couldn’t offer a more vastly alternative experience, I jumped in to LA Cops. A top down 3D shooter, LA cops was released in line with its display at Rezzed. Throwing you straight into a Miami Vice-style 70s cop show, you pick from one six suitably named characters, kitt yourself out with a shotgun and take a slice out of LA’s organised crime scene. Whilst LA Cops is clearly not a game of great depth, the art style, music and pinpoint LA vibe was enough to carry me along for a ten-minute frolic. 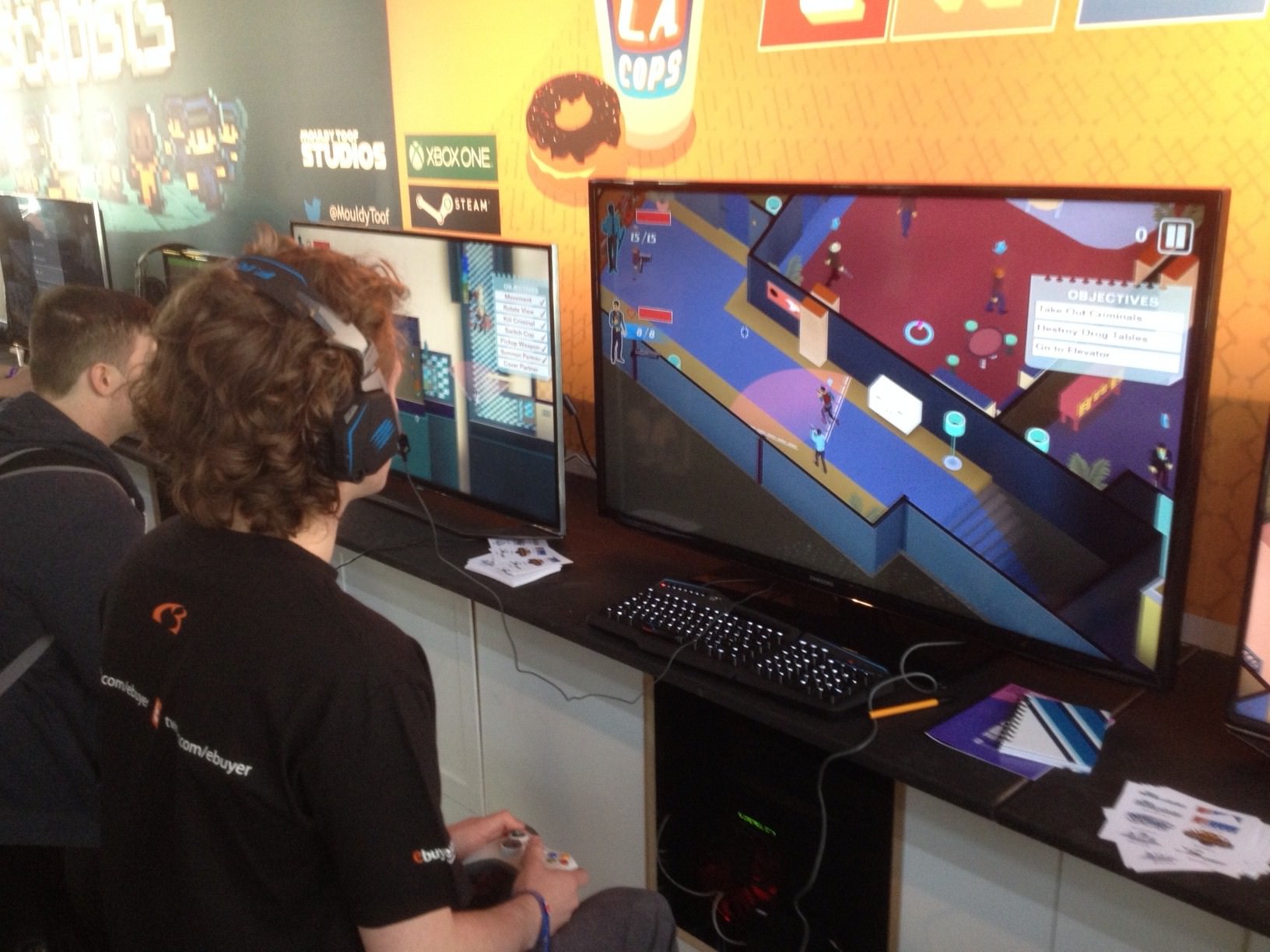 The success of EGX Rezzed is a testament to level Indie games have grown and are continuing to grow. Tobacoo Docks homed thousands of budding gamers over a fun-packed weekend, all of whom had their eyes widened by the level of gaming mastery that can be created on the slimmest of budgets. And as Sony and Microsoft throw greater levels of support behind the development of Indie games, the future of gaming innovation looks in increasingly safe hands.