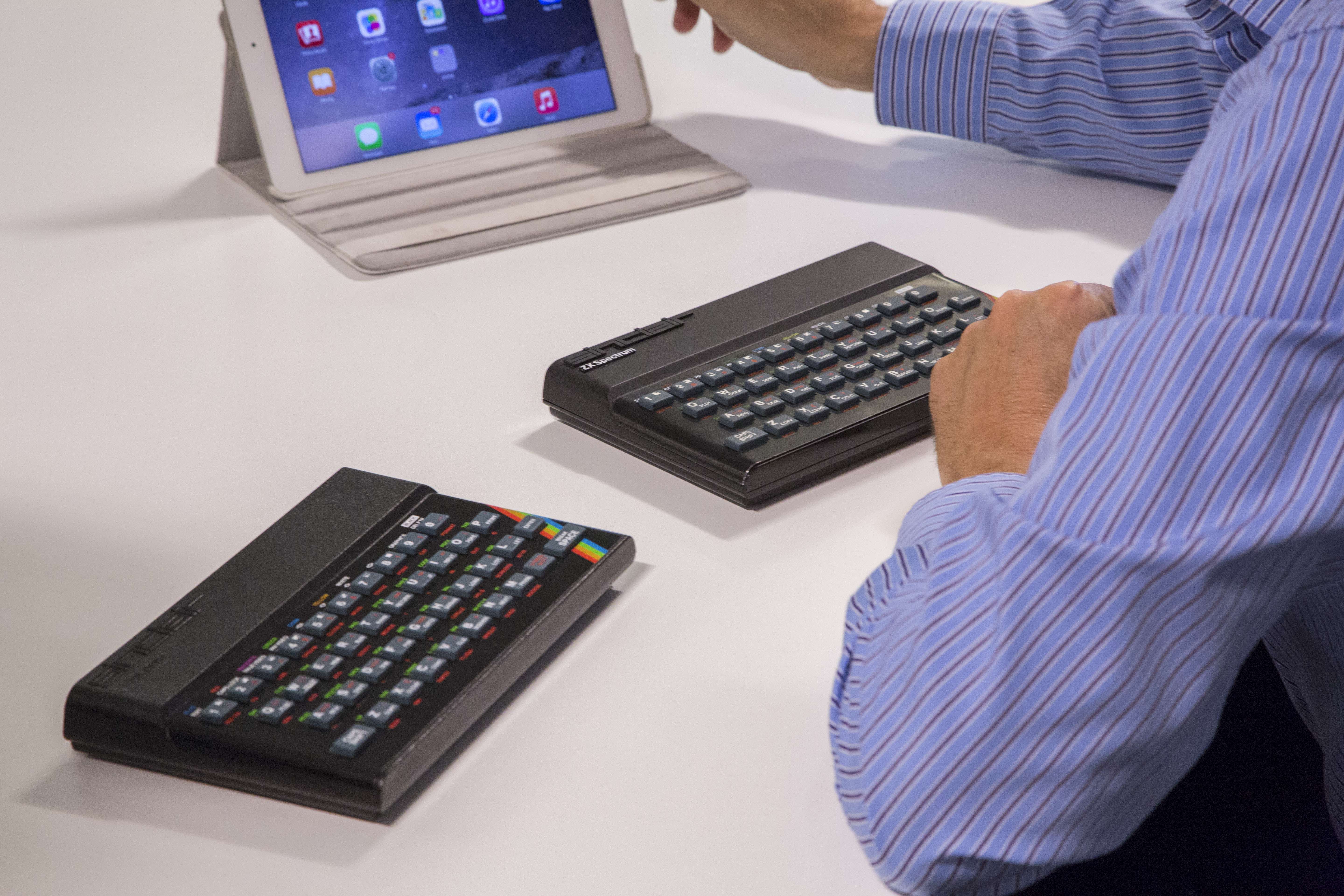 Fans of retro gaming, rejoice! A little piece video game folklore landed in the Ebuyer office this week. 33 years have passed since the original ZX Spectrum personal computer launched- but now, it’s back.

First released in the UK in 1982, the Sinclair ZX Spectrum sold over 5 million units worldwide. For the masses, it represented the first foray into home computing. Over time, it’s forged a reputation as one of founding devices of the video games industry. The Recreated ZX Spectrum has big shoes to fill. We satisfied our excitable urge for all things retro this week with a hands on. And soon enough, you’ll get your chance.

First, trip down memory lane. The Recreated ZX Spectrum is the only full-size recreation of the original 1980s personal computer. Elite Systems have taken on the daunting task of reimagining one of gaming’s most treasured possessions. But, with over 30 years of experience in games development, including countless titles on the original Spectrum, the job is clearly in safe hands. 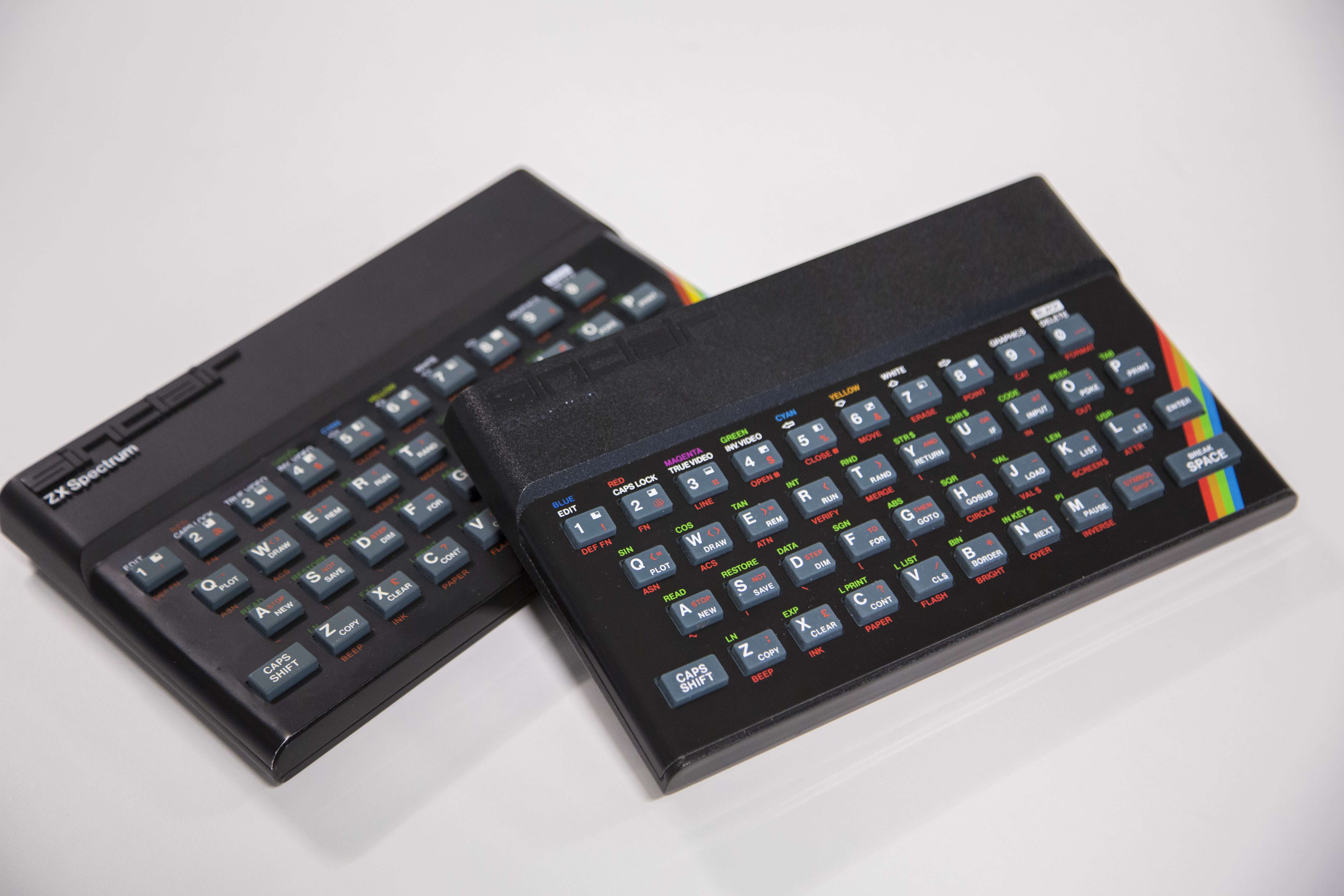 At first glance, you’d be hard pressed to tell the original ZX Spectrum apart from its recreated cousin. Elite have done a fine job of capturing the unique appearance of the original ZX Spectrum, complete with prism-like stripe and charcoal keys. With the look played to perfection, the Recreated device also houses the authentic rubber-key keyboard that made the original so unique. In fact, the only place you’re likely to spot any alterations are the various buttons and ports sitting on the top panel of the device. Obviously, the circa 1982 model of loading games via cassette tape is a little outdated. The 21st Century recreation is connectable to PCs, tablets, laptops and smartphones via a Bluetooth connection.

Another considerable improvement over the original comes in the form of battery power. It’s baffling to wonder how early gaming pioneers dealt with the constant issue of losing progress each time the device was powered off. Thankfully, the Remastered Spectrum houses a revolutionary “On/Off” switch, and can be powered as a wired keyboard (via the mini-USB port), or wirelessly when inserted with a couple of batteries. Given the paltry amount of energy required to power a Bluetooth connectable keyboard, a full charge of two rechargeable batteries could last weeks on end. 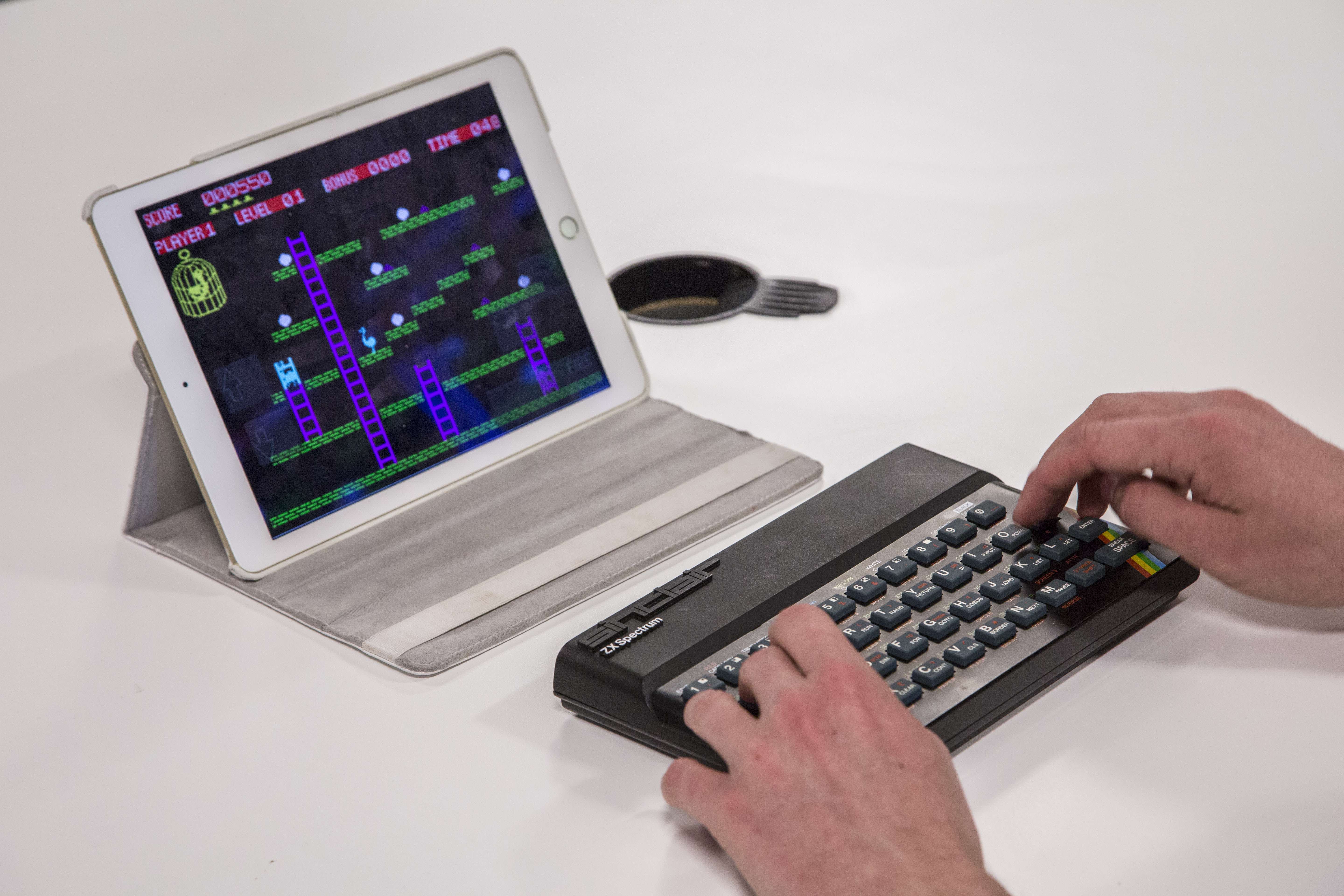 Next- games. The Spectrum is supplied with the free “Recreated ZX Spectrum” app, available on Android and iOS. Included in the app during my demo was cult classic “Chuckie Egg”, programming platform “Sinclair Basic” and “Games Bundle”. Elite hope to build a range of Spectrum titles available via the partnering app, with new updates bringing new games. At launch, The Recreated ZX Spectrum will also have famous titles such as Jet Set Willy and Manic Miner available either for free via the accompanying app, or as an in-app purchase. Games will also be available via an online web app.

The Recreated Spectrum is also fully compatible with any number of (non-Spectrum related) games or activities. Given its capacity as a Bluetooth keyboard, the Remastered device works with any keyboard enabled game, as well as productivity tasks such as email.

For the purpose of our hands on, I had a nostalgic blast on old favourite Chuckie Egg. Having sampled the feel of the 80s original only seconds earlier, the level of accuracy achieved in the latest model is staggering. As a young gamer brought up on clicky keyboard and comfortable gamepads, the Spectrum’s spongy rubber keyboard takes some getting to grips with. For those who are already acquainted with the unique style of the Spectrum keyboard however, the Recreated version’s accuracy in replicating this will bring a gleefully reminiscent smile. 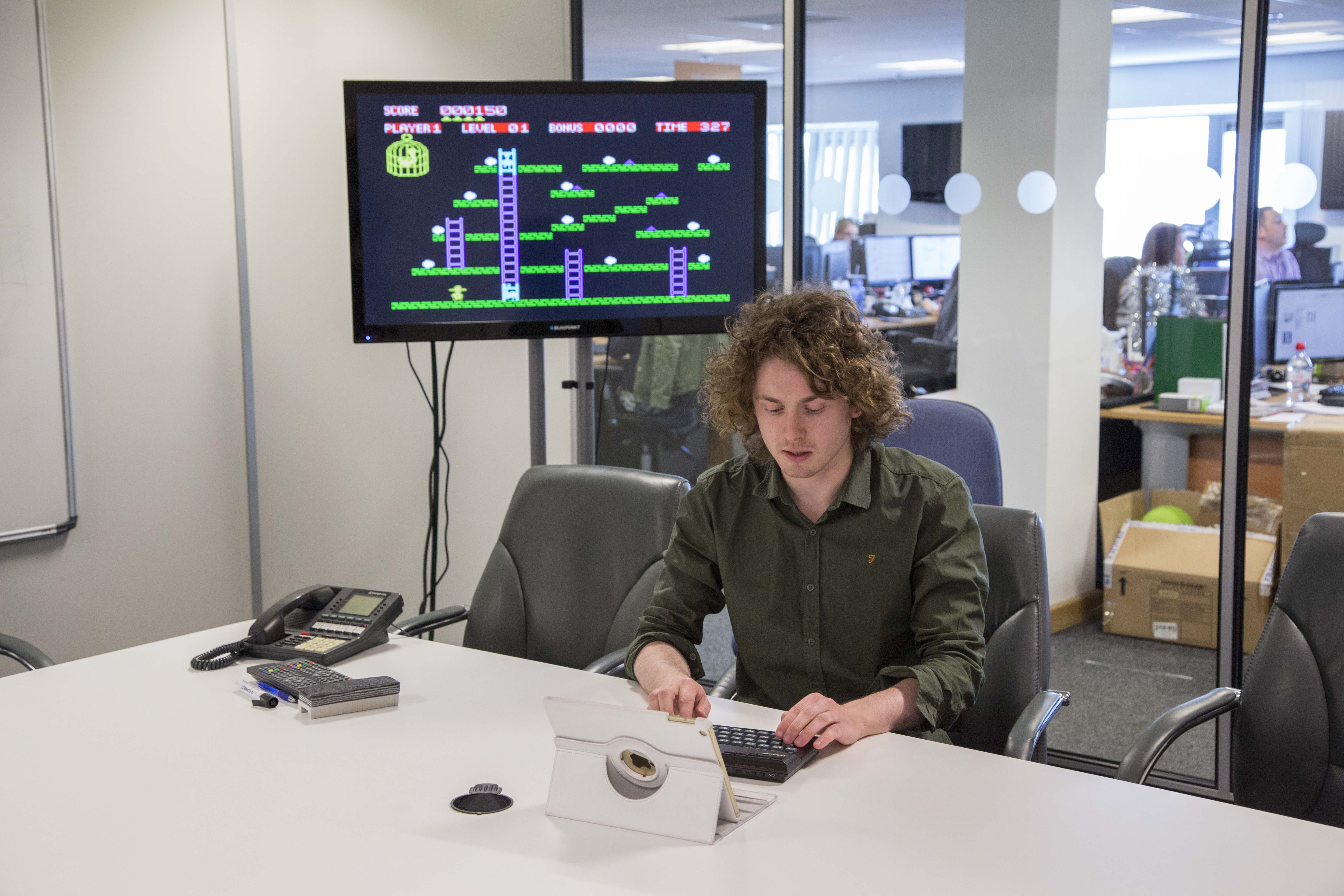 We even hooked the Spectrum up to the big screen. Connected to an accompanying iPad via Bluetooth, the video of me navigating Hen-house Harry around the level was beamed onto a TV via Apple AirPlay. Using media devices such as Apple TV and streaming sticks like the Chromecast, retro gaming can easily be brought to your home TV.

The Recreated Spectrum has enjoyed an excitable reception from each and every giddy retro gamer or curious gadget fan to so far have come across it. Beginning with its early 2014 Kickstarter campaign. Smashing their original funding target, the Spectrum’s journey towards launch is almost over.

I first came across the Recreated ZX Spectrum at the Gadget Show Live back in April. Despite its unassuming stand, the device stole the show for many attendees both young and old. Included in which, was me. As a gamer whose first console dates only as far back as the Sega Megadrive, the opportunity to see where it all began was one I’m keen to explore further.

Gaming makes you more Sociable
UPS for Gaming
To Top