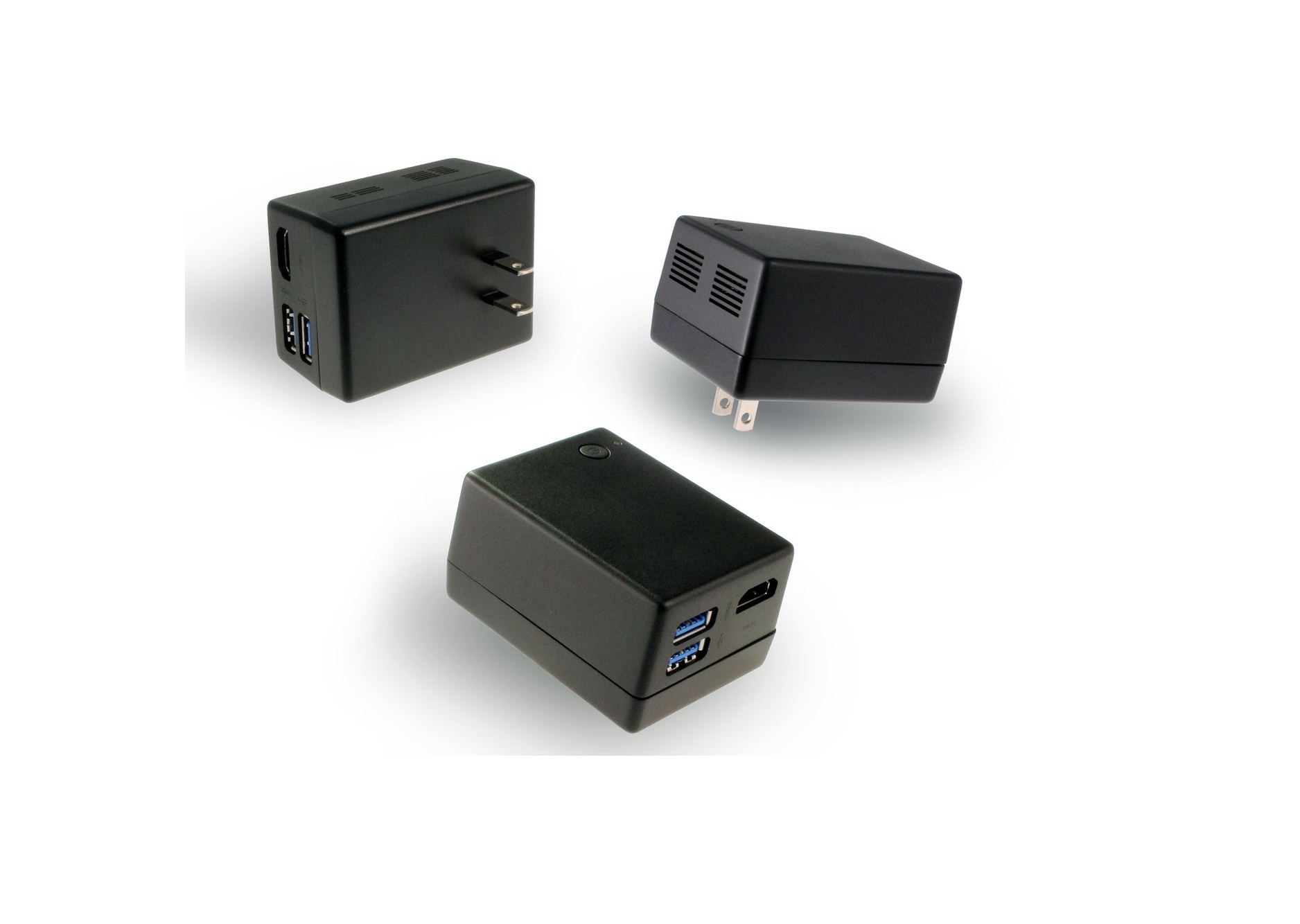 Microsoft have been unveiling a series of new devices in the run up to their new OS release, Windows 10.

Aside from the mandatory collection of tablets, laptops and tablet-come-laptop hybrids, one peculiar looking device stole all the headlines. The Compute Plug.

At first glance you’d be mistaken for thinking Microsoft had lazily left the common household plug lying around amongst a collection of shiny Windows 10-laden computers. Actually, the Compute Plug contains all the hardware necessary to power a Windows 10 PC, held inside a power adapter. 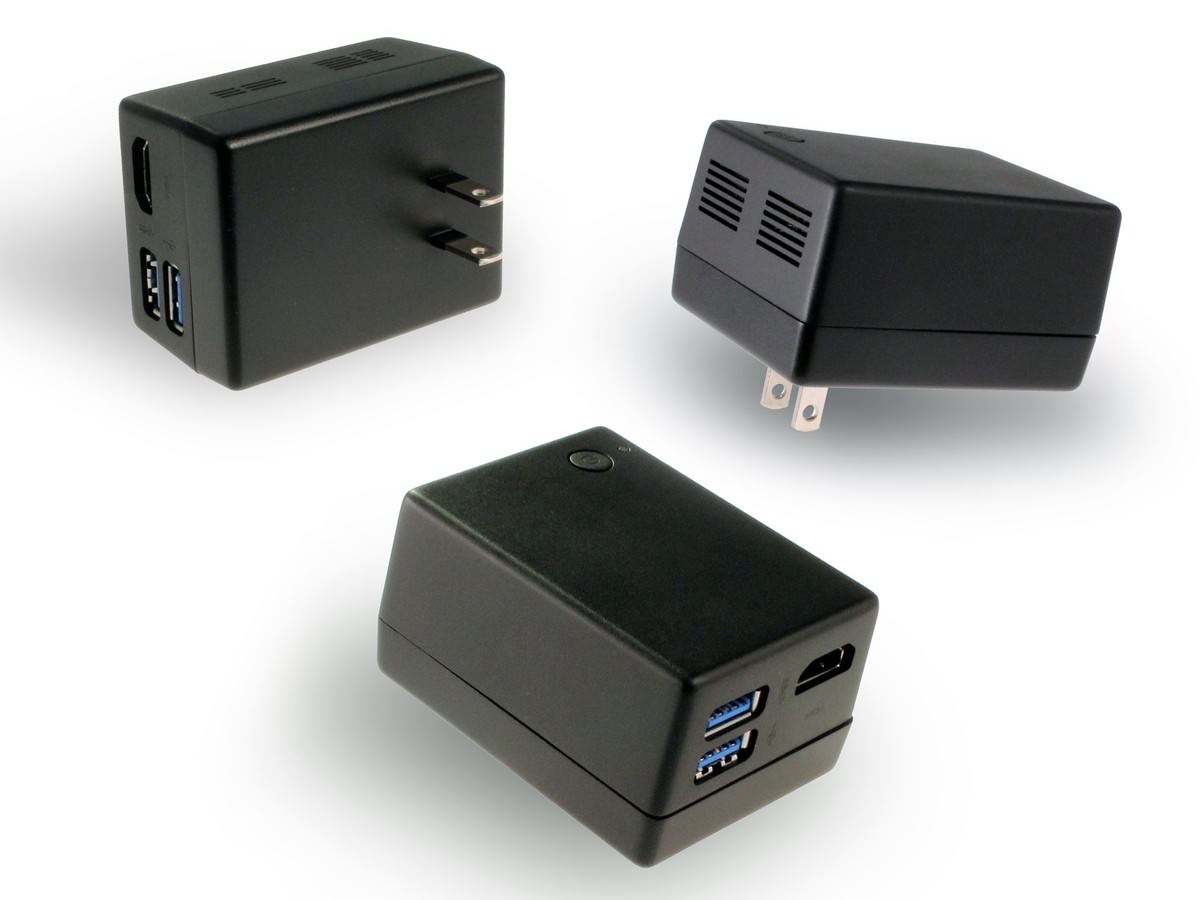 Developed by Taiwanese company Quanta, the plug is able to connect to any standard power socket. Featuring a HDMI port and two USB 3.0 ports, the Compute Plug is designed to convert any monitor into a basic PC. The Plug, which sizes up favourably when compared to a phone charger, contains an Intel Atom processor, Wi-Fi for wireless connection, and Bluetooth for connecting peripherals. Despite the added facet of USB ports, the Compute Plug has been designed for a hands-free experience. Loaded with Cortana, the personal assistant coming to Windows 10, the Plug could become your own personal, portable, voice controlled PC. At the time of writing, no word on pricing or launch date has been forthcoming.

The Compute Plug wasn’t the only pint-sized device on show. The Foxconn Kangaroo is an ultra-portable PC that will offer much the same functionality as the Compute Plug. Developed by Foxconn, who are also based in Taiwan, the Kangaroo closely resembles a small, thin hard drive. 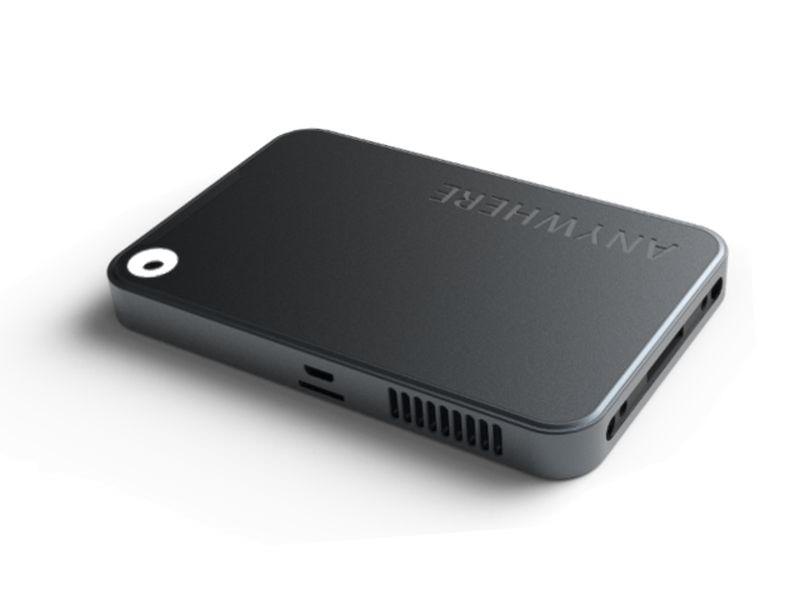 Powered by an Intel Cherry Trail processor, the mini-PC features a six-hour battery life and a finger print sensor. Complete with Windows Hello, which allows you to sign into you PC via your face or finger, the Foxconn’s slight appearance and security measures could lend itself ideally for digital signage in public areas. Even so, Microsoft themselves claimed the full Windows 10 PC could be used as a set top box or streaming device.

The Rise of the ‘PC on a Stick’

Microsoft have responded to an emerging category in the PC market with these pair of devices. Cramming full PC capability into as smaller space as possible has become fashionable in the tech world in 2015, and the Compute Plug and Foxconn Kangaroo are late to the party. Intel announced their Compute Stick at this year’s Consumer Electronics Show. Plugged into a HDMI port, the Compute Stick features the familiar USB port, Wi-Fi, Bluetooth found in the Plug. With a quad-core Intel Atom CPU, 32GB of storage and 2GB of RAM, the Stick is able to fulfil basic computer functions such as web browsing, streaming and basic productivity tasks. Google followed suit in April by announcing the “Chromebit”. With 16GB of solid state storage, 2GB of RAM and Rockchip RK 3288 processor, the Chromebit is almost identical in design to that of Intel Compute Stick. 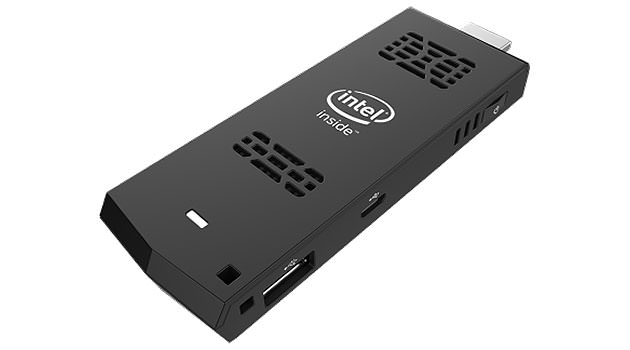 So, why? Well, in much the same manner as Roku and Chromecast streaming sticks, the ‘PC on a stick’ generation are offering an alternative media playing device, with added functionality. These shrunk down PCs are designed to become the second or third PC in your home. Able to convert any monitor or TV (with HDMI) into a smart TV, but with all the added bonus a PC can bring. Streaming 4K content and listening to Spotify are a given, but added functionality through basic gaming and productivity extends the Computer on a Stick’s performance.

Essentially then, they are an alternative to the set-top box and streaming stick market, and are priced as such. At roughly £70 for the Chromebit and £100 for the Compute Stick, they do slightly exceed the exceedingly low price of devices such as the Roku Streaming Stick. But with all the added versatility and portability of the Computer on a Stick category, they could soon become the more sensible choice.

UPS for Gaming
Can the BBC’s Micro Bit Inspire a Generation?
To Top