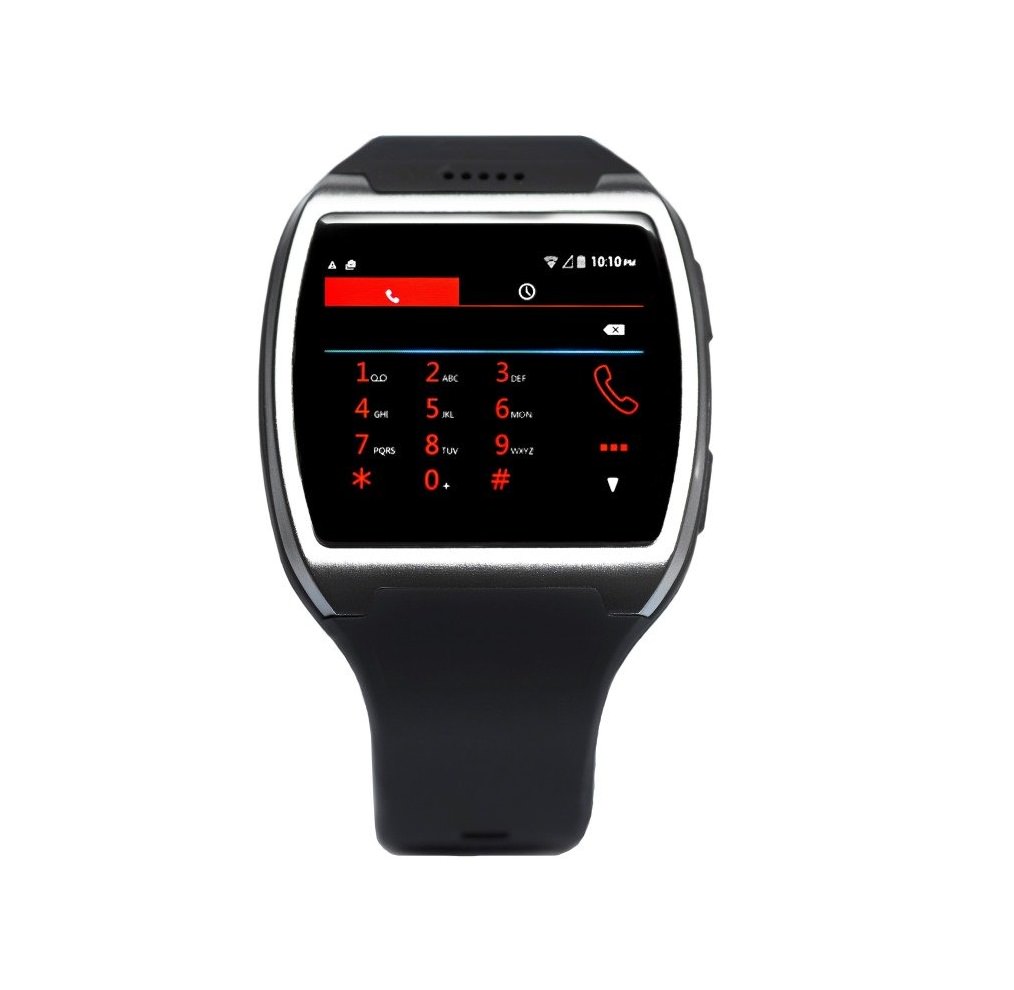 We have often bemoaned the limitations of many smartwatches on the market today. Their reliance on a paired smartphone in order to fully function has flown in the face of the ‘revolutionary’ rhetoric their releases are often tainted with. Reasons which make the Atomic smartwatch ever more intriguing.

Breaking free from the smartphone, the Atomic is a fully fledged smartphone you happen to mount on your wrist.

At first glance, the Atomic could easily be confused with a retro calculator watch circa 1985. It may not be for everyone, but for the added functionality you’ll get with the Atomic, the large chunky design is necessary. The 320×240 LCD screen may not appear impressive on paper, but given the small form factor, the resolution crams plenty of pixels into a short space. The rubbery strap may not be as premium as some higher priced products on the market- but again- it’s a necessary material given the overall design.

Adopting a rubber strap ensures the Atomic actually feels light on your wrist. Overall, the watch is pleasingly comfortable, and doesn’t look overly intrusive when you pop it on your wrist. 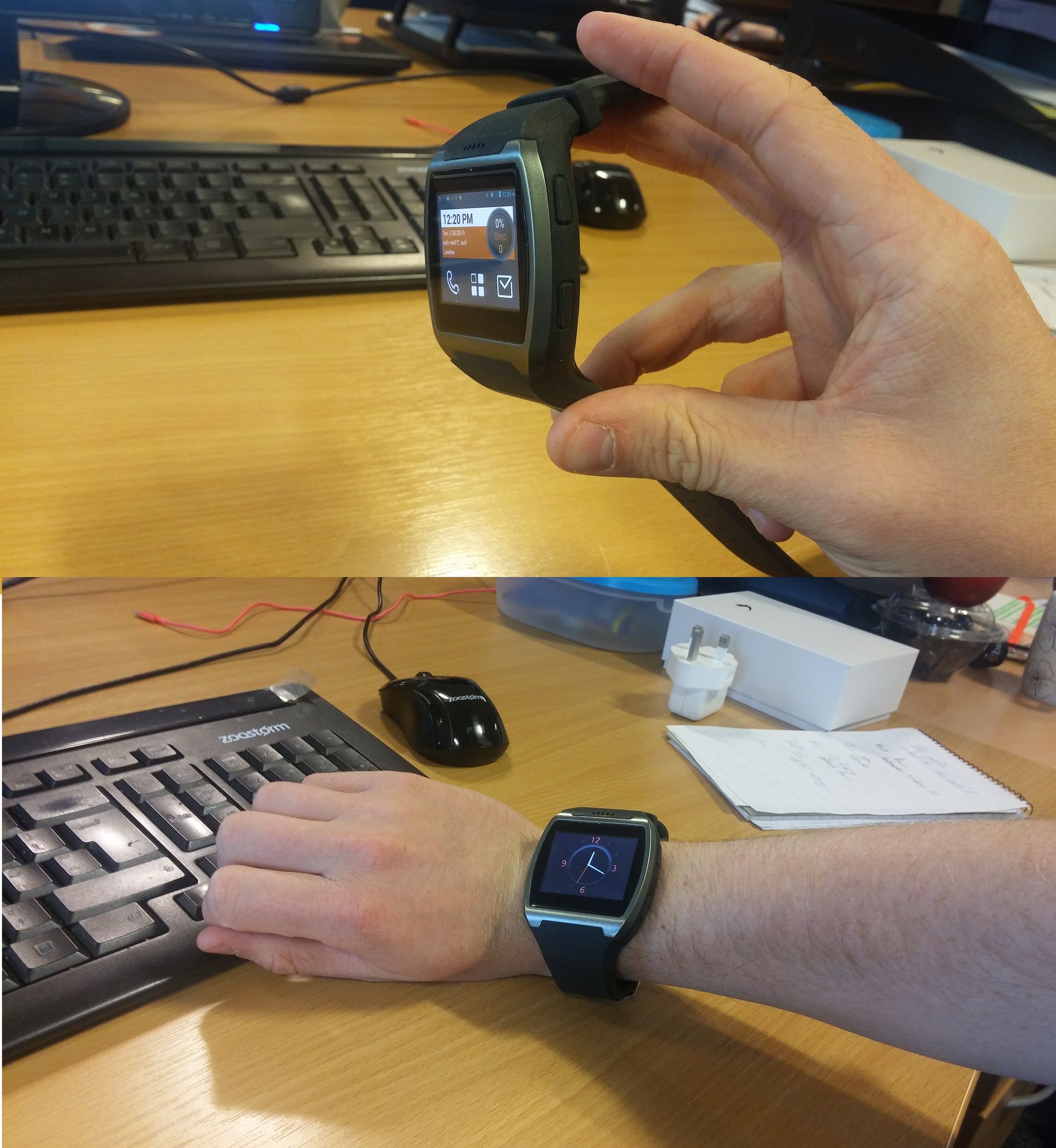 The usual touchscreen home and back buttons we’ve come to expect on Android phones and tablets have been abandoned in the Atomic, no doubt a sacrifice for the small screen. Instead, the watch has two spongy physical buttons down the right of the device. The power button, aside from its obvious function, locks the screen and replaces the UI with your choice of several traditional watch faces, whilst also allowing you to switch the device into airplane mode, silent or vibrate. The other works in much the same way as the home button, returning you to the home screen upon pressing it, and allowing you to toggle between apps upon holding it down.

“A smartphone in Smartwatch Clothing” so goes the Atomic’s strap line. And it’s true, the Atomic really does come with all the bells and whistles you’d expect from a more sizeable smartphone device. Open up the back and the Atomic can house a 3G micro-SIM, opening up all the functionality of a regular smartphone. Given all this tech is packed into such a brief case, battery life is likely to be an issue. With just a 500mAh battery, you’ll likely find yourself charging the device up every night. 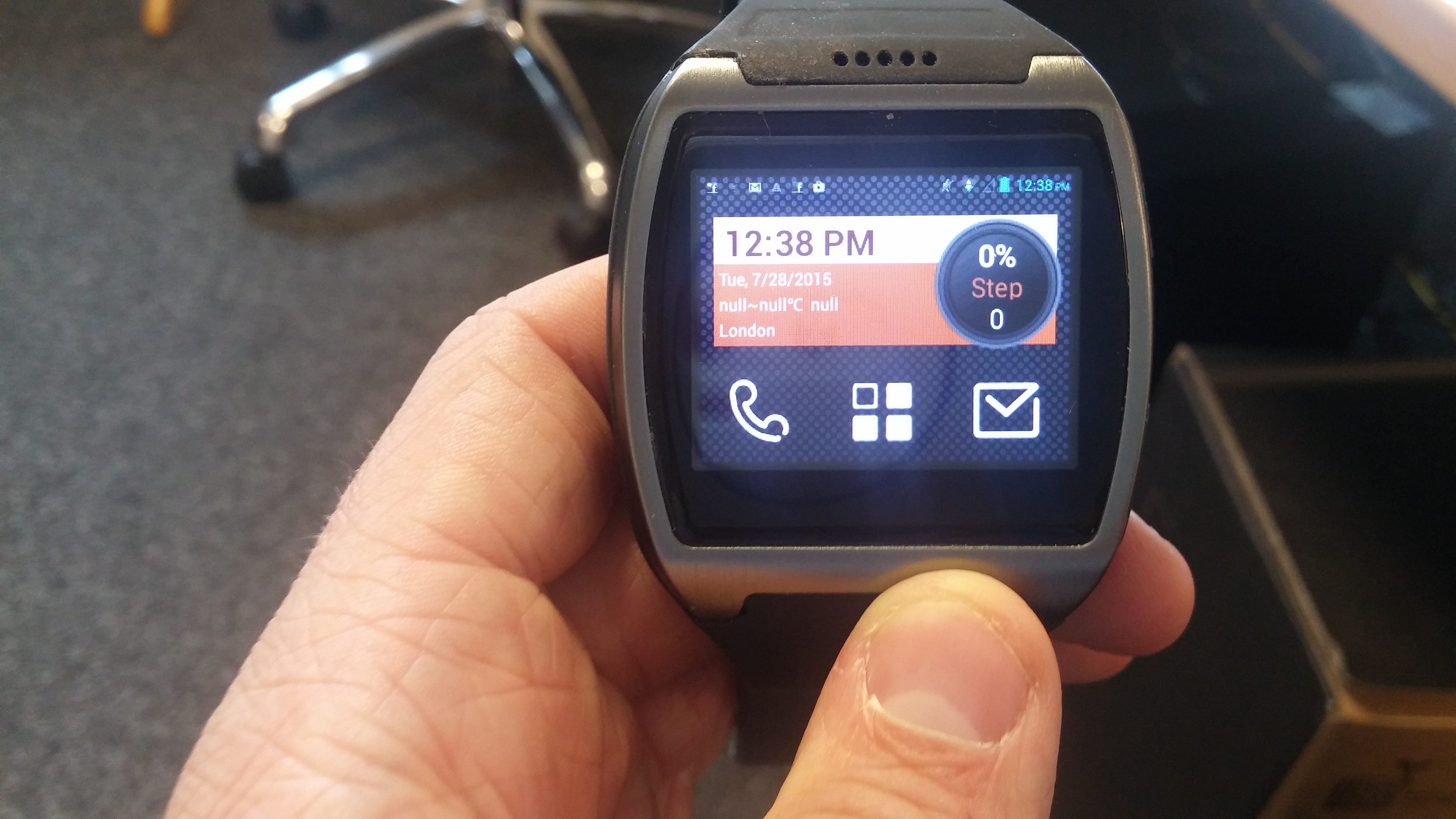 Having taken the Atomic out for a spin, making and receiving phone calls is simple, and the microphone and speaker both work a treat. If you can put the obvious pitfall of having to lift the device to your face every time you make a phone call, then the Atomic’s basic communicative functionality is every bit as good as a smartphones. Elsewhere, the Atomic is connectable via Wi-Fi, 3G, Bluetooth and GPS, offering up a wide range of functionality features.

The Atomic runs on an upgradeable Android Jelly Bean 4.2. The Operating System may be a little outdated now, but developers Spur have built their own interface over the top of that. Optimised for the Atomic’s tiny display, navigation around the basic UI is remarkably simple, with icons for all your most used applications such as messaging, email and social media.

Behind that, you’re free to download apps from the Google Play Store, and browse them on your minimised screen. Given the limitations of the device, using certain apps can be a little fiddly. Uploading posts onto social media or shopping online are never going to play to the Atomic’s strengths, and the keyboard’s size lends to occasional frustration when texting or using online messaging apps.

Rather than concentrating on the Atomic’s limitations however, it’s better to highlight its real strengths. That you can even use a small device suspended on your wrist for phone calls, texts and everything else without having to lumber yourself with a separate smartphone device is a credit to the Atomic’s developers. 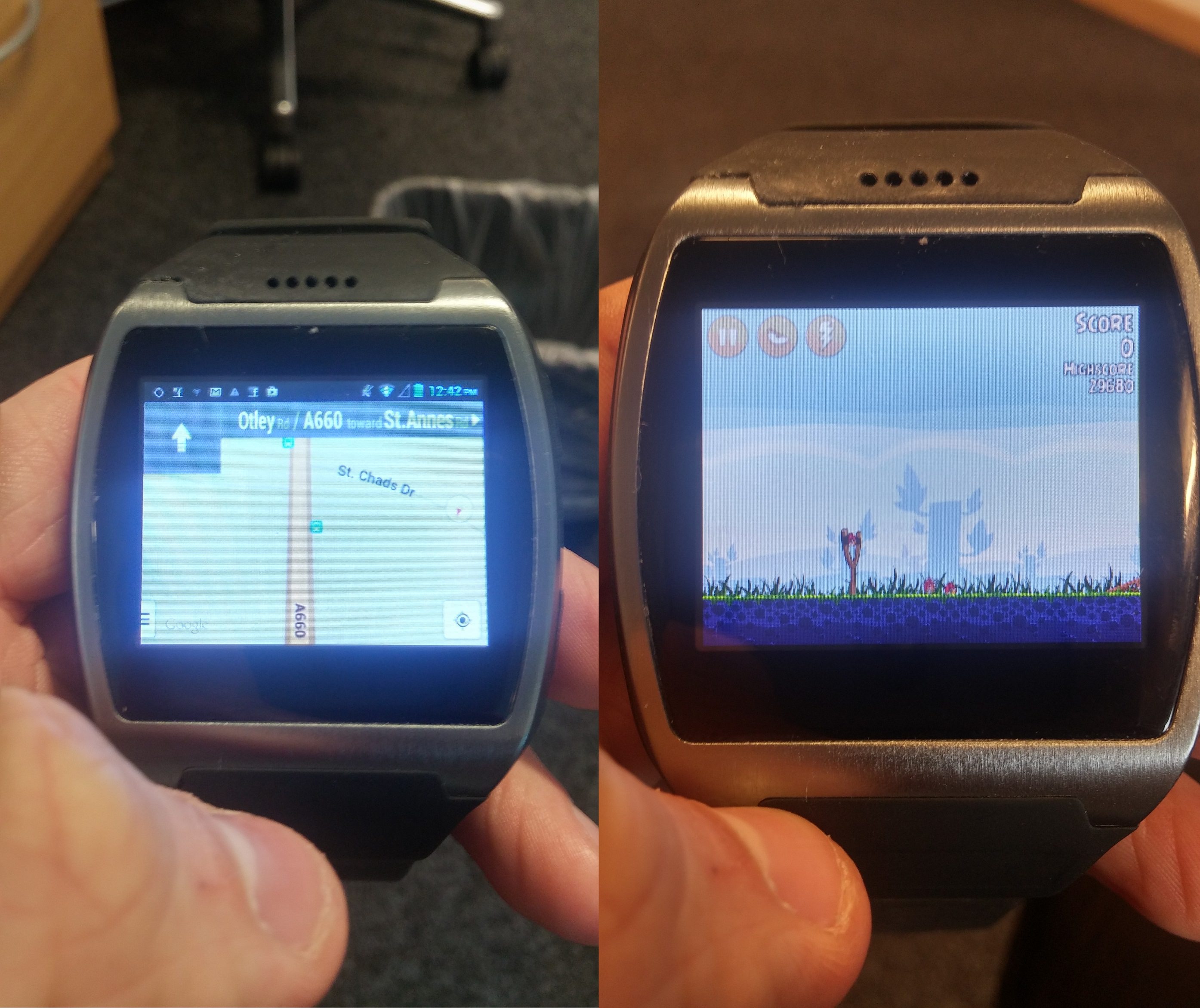 At times, the device really does come into its own. The on-board GPS lends itself well to a makeshift Sat Nav, with Google maps already installed from the off. Similarly, fitness-conscious users are able to track their daily workouts, with GPS playing the perfect foil for the numerous fitness apps now available on the Google Play Store.

The Atomic even has a decent capacity for gaming, with the responsive screen working well for basic titles that can be played with just a single finger. I gave Angry Birds a run for example, and it captured my attention just as well as flinging infuriated fowl does on larger screens. Certainly, when you consider the practicality of the Atomic over a tablet or phablet, it could be a great solution for your morning commute.

Elsewhere, the Atomic’s performance when playing media is also at odds with its paltry size. Video and music are consumed as comfortably as you might expect, and hooked up to a set of Bluetooth headphones, it again offers you a reasonable outlet for entertainment on the go. Similarly, those Bluetooth headphones can also be operated for phone calls, somewhat alleviating the potential for annoying other people when using the device for public phone calls.

In summary, I left impressed by the level of functionality the Atomic can provide for such a small device. Sure, it was its flaws. Without a micro-SD slot, the 4GB of memory is going to run dry pretty quickly if you intend to store music and games on there. The keyboard really can be infuriating, and overall the Atomic doesn’t quite match its rivals on aesthetics.

Still, I’d rather concentrate on the positive aspects of such an unusual creation. For convenience the Atomic certainly trumps the traditional smartphone, and its level of performance when undertaking its many functions was also widely impressive.  Plus, its level of ambition and competitive pricing alone give it reason enough for attention. With the smartphone market offering broadly the same devices in different clothing, and smartwatches consistently failing to inspire, there are those that might be looking for something a little bit different. If that’s you, the Atomic could be the smartwatch and smartphone for you. 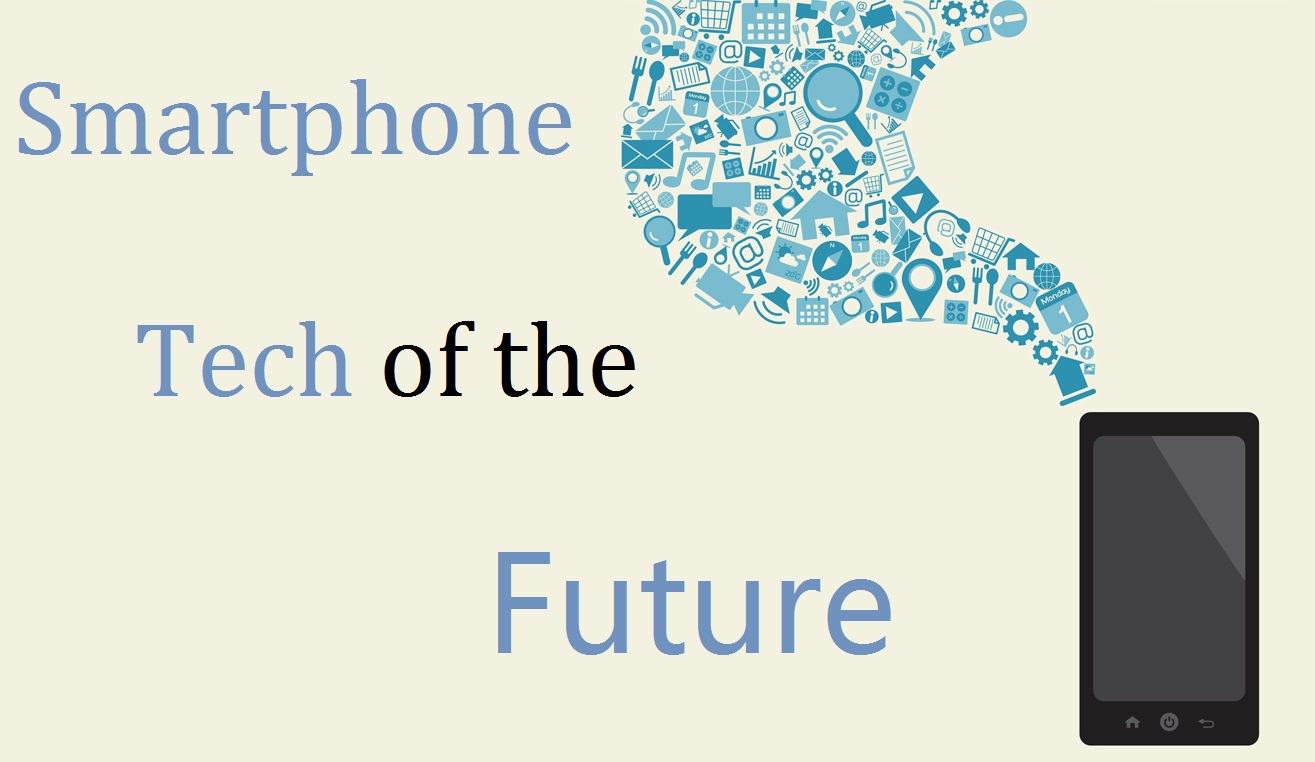 Text for an Emergency
Alternative Smartphones
To Top