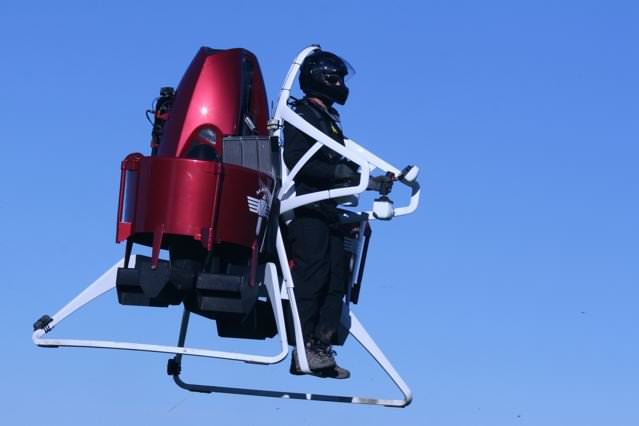 Readers, the future is nearly upon us, next year you’ll be able to buy… a jetpack!

Oh hell yes an actual jetpack! Not one of those dodgy YouTube video ones that’s likely to whip your leg off and offer catastrophic burns, but an actual legitimate fly you up in the sky Jetpack!

Aerospace manufacturer Martin Aircraft has announced that its first jetpack ,the P12, will be ready for delivery in the second half of 2016. These personal packs will be aimed at emergency first-response units like paramedics or the fire service for accessing hard to reach or isolated locations. The idea is that these manned or unmanned jetpacks can fly in quickly before sending bigger response vehicles like trucks or helicopters.

However, don’t despair if your not part of the emergency services, Martin Aircraft have said their “personal jetpacks” for the consumer market, will be ready by the middle of 2017. As you can imagine the Jetpacks command a reasonable price tag, hovering in at the Saudi Prince budget of $150,000 per craft.

Martin’s Jetpack will be powered by a two-litre petrol engine that drives two fans either side of the pilot to lift the jet pack and up to 120kgs of petrified human into the air.

Plucky pilots will be able to fly at speeds of up to 74km/h at an altitude of 3000ft (1,000m) [pilots will need protection] for a period of 30 minutes. For the security conscious out there, the jetpack has a low-altitude parachute for use should anything go wrong.

Initially conceived by engineer Glenn Martin 1981, the P12 jetpack has taken nearly 25 years to develop into the fully functioning flying machine set to hit the market in a few years.

The jetpack can be flown by a pilot, or via remote control and with its ability to carry up to 120Kgs, its creators believe it has an advantage over quadcopters for delivering heavy payloads which can only hold a few kilograms.

Although not the sly strap on Jetpacks the Jetsons led us to believe existed, the P12 is still small and light enough to run on petrol powering a 2L engine. Martin Aircraft also believe the Jetpack is easy enough to fly with pilot qualifications “easy to obtain”… their words not ours.

The world’s smallest USB
Are Dual Flash Drives the Future?
To Top