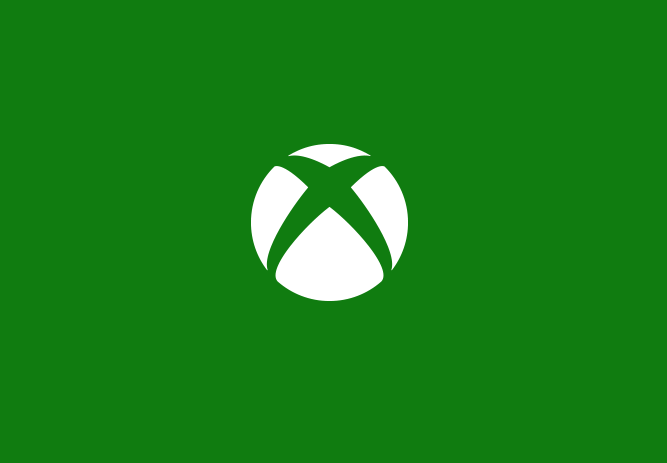 Microsoft are making a huge push into gaming with Windows 10. To display that commitment, they have linked up with their gaming brand Xbox to allow streaming to any Windows 10 device from an Xbox One.

And here is how to do it.

Getting up and running with Xbox streaming on Windows 10 is actually remarkably simple. All you’ll need is a Windows 10 PC, an Xbox One, and both devices connected to the same network.

Microsoft recommend that both the Windows PC and Xbox One are connected to the internet via wired Ethernet, thus ensuring the best quality of stream. They even suggest using a powerline if wired connection is not practical. Still, if wireless is what you’re plumping for, then Microsoft recommend 2.4 GHz 802.11 N or 802.11 for “limited” performance, or 5-GHz 802.11 N or 802.11 for “good” performance.

Before you get going, you need to enable streaming on your Xbox One. This can be done by heading to Settings, and then Preferences. Here, tick the “Allow game streaming to other devices” box, and also select “From any SmartGlass device” under SmartGlass connections (alternatively, you could select “Only from profiles signed in on this Xbox”). 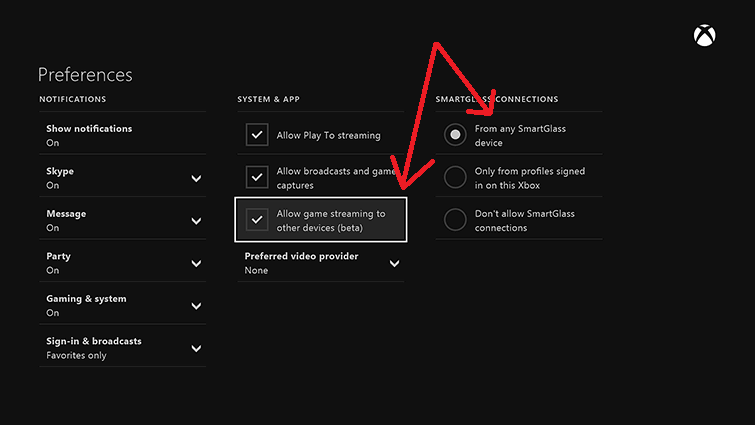 Time to hook the two devices up. On your Windows 10 PC, launch the Xbox app (which will have come installed with Windows 10 upon upgrading). From the left panel, select “Connect”. A scan of your home network will commence, and the names of any available Xbox One consoles will appear.

Note: Every Xbox One will be named “MyXboxOne” as standard. If you have more than one on the same network, you’ll want to rename them. To do so, head to “Settings” and then “System” on the console you wish to change the name of. “Console name” will be the first option in this menu.

Once connected, a number of icons will appear. 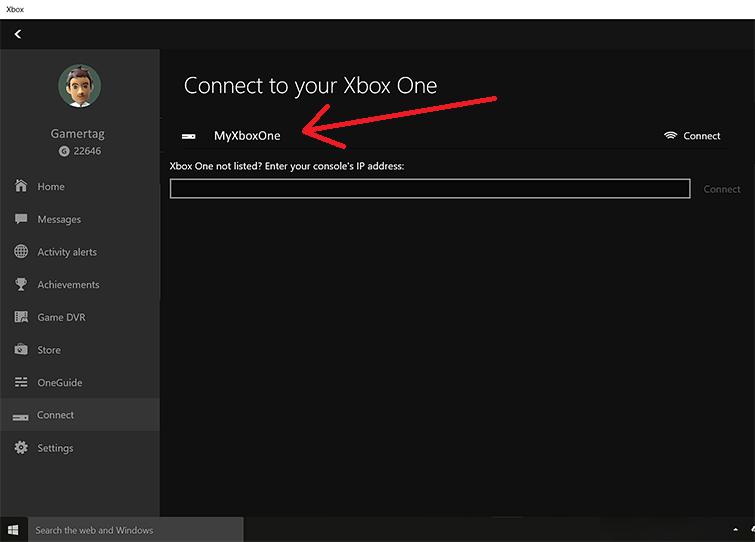 All that’s left to do is to get streaming! Click “Stream” from the same page as you made your connection, and you’re away. “Test Streaming” also exists for ensuring your connection is strong enough.

From there, you can launch the chosen Xbox stream from either your PC or Xbox One. On PC, head to “Recently Played” on the Xbox App, select a game and hit “Play from Console”. You can then change the quality of the stream in the Windows 10 Xbox app. Go to “Setting” and then select “Game streaming”. 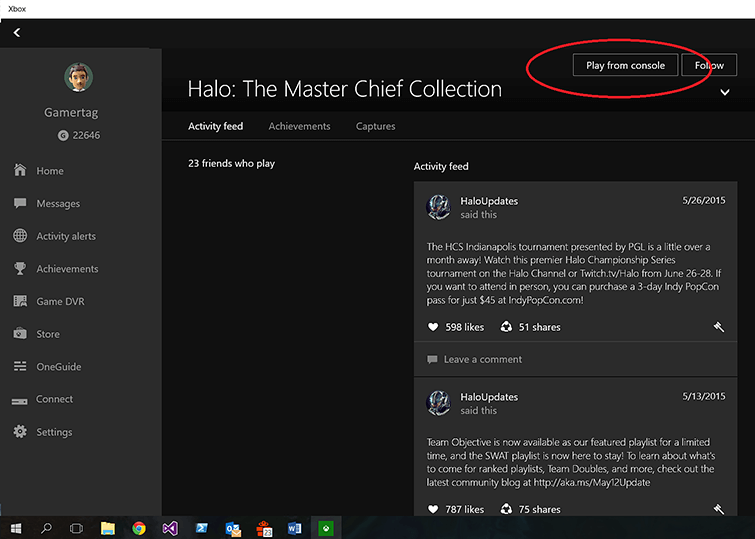 You may be thinking how on earth you’re going to play the game without a controller. Thankfully, Windows 10 PCs come fully compatible with Xbox 360 and Xbox One controllers. Plug them in via USB and the PC will instantly install the correct drivers. If you’re having difficulty, head to our dedicated article “How to connect a controller to a PC”.

Gaming on Windows 10 also allows you to use Game DVR to record, edit and share all your best gaming moments. Upon launching a game, the “Game Bar” should appear (see below). If it doesn’t, press Windows key + G to bring it up (you’ll likely have to do this for your first time).

The Game Bar contains all the controls you need to capture the best bits of your gameplay. A record button will create a clip from the previous 30 seconds of gameplay, whilst a screenshot takes a still image as you play. If you want more control over the video capture, use the familiar record button to start and stop your game capture.

Note: The Game Bar won’t appear if a game is in full-screen mode. Open the Game Bar in Windowed mode, and use the following shortcuts when you flip back to Full-screen.

Windows key + Alt + G: Record the last 30 seconds (you can change the amount of time recorded in Game bar > Settings)

You should be all set to go. Apart from straight up gaming, you can play online class-platform, keep up with your friends on any Windows 10 device, keep up to date with your favourite games on their Xbox pages, and even create and chat in Xbox parties. All through the power of your Windows 10 PC.