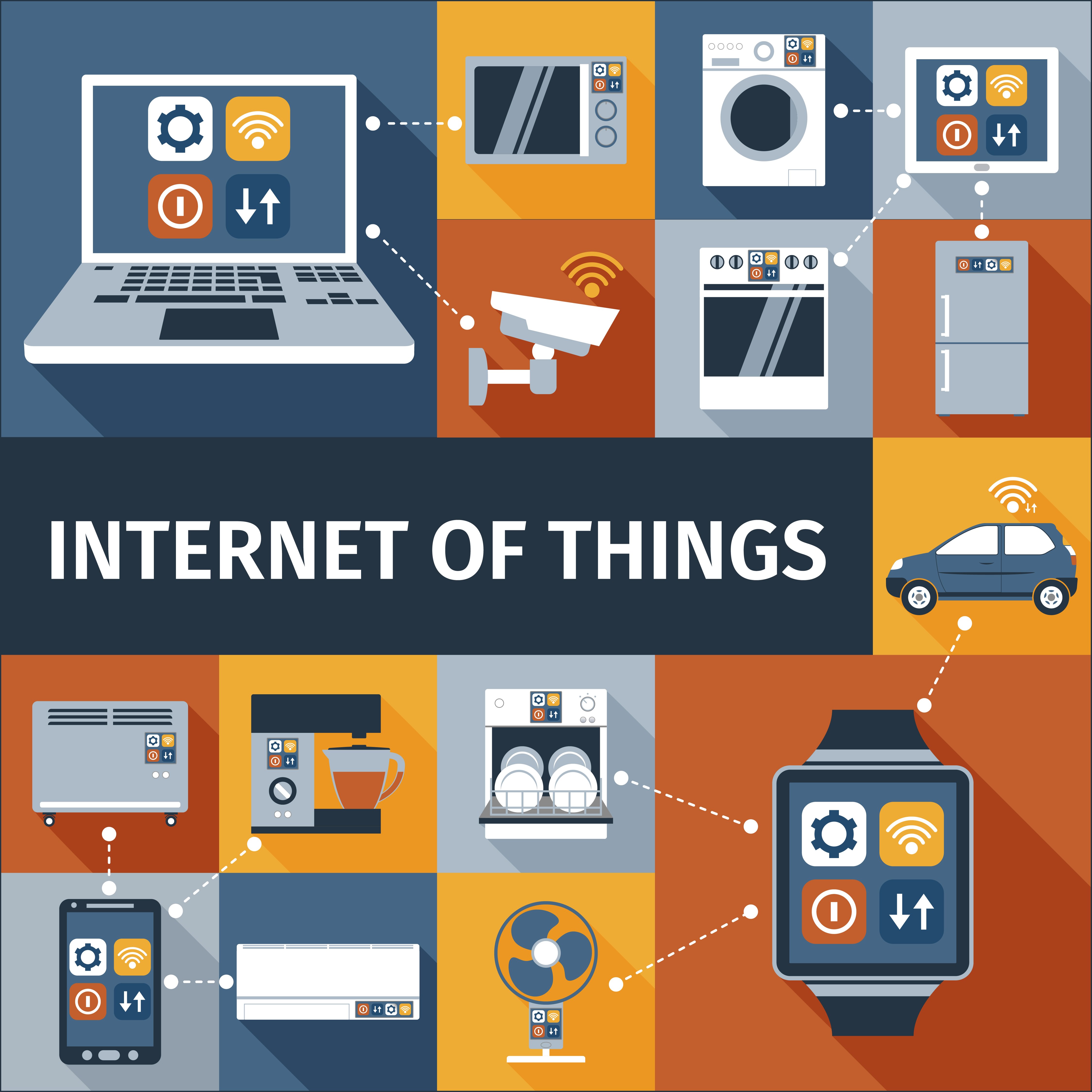 “The Internet of Things”, you’ve probably heard the phrase branded about over last year next, but what does it actually mean and why is it suddenly an important part of your technology life?

It may sound like some geeky complex system where your toaster has to log onto a deep web, but it’s not, it’s actually a pretty simple concept.

What is the IoT?

The Internet of Things (IOT) is a phrase to describe when everyday objects have network connectivity, allowing them to send and receive data. These objects are connected to the internet and can participate together on a system helping feed data to one and other. Basically if an object is assigned an IP address and can transfer data over a network it’s part of the IOT.

The idea is that machines and objects can “talk” or send data between each other without the need of human interference. Humans can also withdraw data and input information to and from these objects.

A simple example would be a ‘smart’ kettle that boiled at 7am because it knew you were getting up at 7:05 after looking at your smartphone calendar to see your alarm settings.

Why call it “the internet of things”?

There are currently about 1 billion people with access to the internet worldwide, with the figure expected to grow to 2 billion in a very short amount of time. However, if you compare this to the number of devices that can hook up to the internet, 2 million is a very small number.

Everything from tablets and TVs to traffic lights and water sensors can have a link to a network of some sort and thus, the internet.

The idea is that there are more “things” on the internet than there are people… hence the “Internet of Things”. Woop there’s your revelation! An internet where devices all talk together on a network without the need for human input- An internet of things.

So how does it all work?

The idea of the IOT is to create a perfect harmony of electronic devices automatically sustaining, communication and working alongside humans but without our interjection.

IBM created this great video about the “Ideal morning” when the internet of things works in perfect harmony with a user.

If you don’t want to watch the video this is an abridged version;

So you wake up in the morning at the right time because your alarm clock has scanned your calendar, seeing you’ve got an early meeting. It cross-checked that with current public transport schedules and saw there were some light delays on the motorway, so it woke you up early with a new map to work.

Your home heating system knew that you’d be waking up a little early so it put the boiler on 20 minutes before giving you time for a warm shower. The thermostat noticed it was freezing outside so it defrosted the ice on your car windscreen before you got in and flicked the kettle on so you could grab a brew before leaving for work.

In your car, new traffic data is sent to you and alerts you to an accident on the motorway, the car re-routes you and automatically amends your meeting to compensate for you being late.

… Ok so this is a pretty advanced version of the IOT and presumes that everything you own is networked, but the idea is there and this is what experts are predicting in the future!

What IOT products are on the market?

Well despite the amount of media attention, none of our homes are exactly saturated with IOT products, however there are a number of unique technologies making their way into the smart home, laying the groundwork for true smart homes.

Fitness bands are probably the most prevalent products currently on the market that fit into the true IOT categories. Products Like the Jawbone UP, Razer Nabu and Fitbit Charge monitor everything from steps, to calories and sleep. Many have apps that can feed into other programmes like gym schedules, health trackers and navigation software helping you stay fit and healthy.

In the home, entry level products are beginning to appear with the introduction of cheaper smart lightbulbs, thermostats and entertainment systems.

Products like D-Link’s Smarthome kit, which include motion sensors and smart plugs and Belkin’s Wemo range of smart light bulbs, can all be controlled, timed and integrated through an app. This allows you do cool things like set the kettle to work when you get home from work or turn your lights on as you walk through the door.

The much-publicised NEST thermostats and now Nest protect, monitor the temperature of your house, communicate with your smartphone and alert a user if there are any issues detected in the house.

IOT away from the home

As any object can be integrated into the IOT, we’re not restricted to just having this smart tech in the home. Internet-enabled sensors, filters, thermostats, monitors and a whole host of other receptors are not being integrated into other projects.

So here’s an example; In 2007, a bridge collapsed in Minnesota, killing 7, due to inadequate steel plates holding the bridge’s load. The bridge is set to be rebuilt with ‘smart cement’; cement interlaced with sensors to monitor strains, stress, cracks, and bends in the structure. The cement can now alert engineers to fix a problem before weaknesses could ever cause such a catastrophe.

Smart sensors are now being used in everything from tidal barriers to wind detectors in a bid to keep us on top of potential risks and feed engineers data.

How long have we had the IOT?

British tech pioneer Kevin Ashton was credited with coining the term the “Internet of Things” in 1999.  IOT described a system where the Internet is connected to the physical world through sensors.

Although the term has only been around for 16 years, the Internet of Things has effectively been in development for decades. One of the first ‘Internet appliances’, was a Coke machine at Carnegie Melon University in 1982. Engineers could link to the machine through their networks to find out what and how many drinks were left in the vending machine.

What’s next for the IOT?

Naturally the internet of things needs to develop fast, wide and far for the dream of a fully networked ecosystem to come into place.

However many people think the first hurdle is getting everything working on the same page. Almost all the current smart products are controlled via their own app and huge proportion don’t even work with each other. It all well and good having a smart boiler and shower but if they don’t chat with other your morning wash will likely be a frosty one.

Open source platforms like Android or even Linux could be the way to step forward as everyone has access, but money needs to be invested in something that everyone can agree one. It’s likely we may see another battle of BetaMax vs VHS but in the IOT world until a worth winner has been crowned.

AMD Graphics Cards Explained
What are esports?
To Top