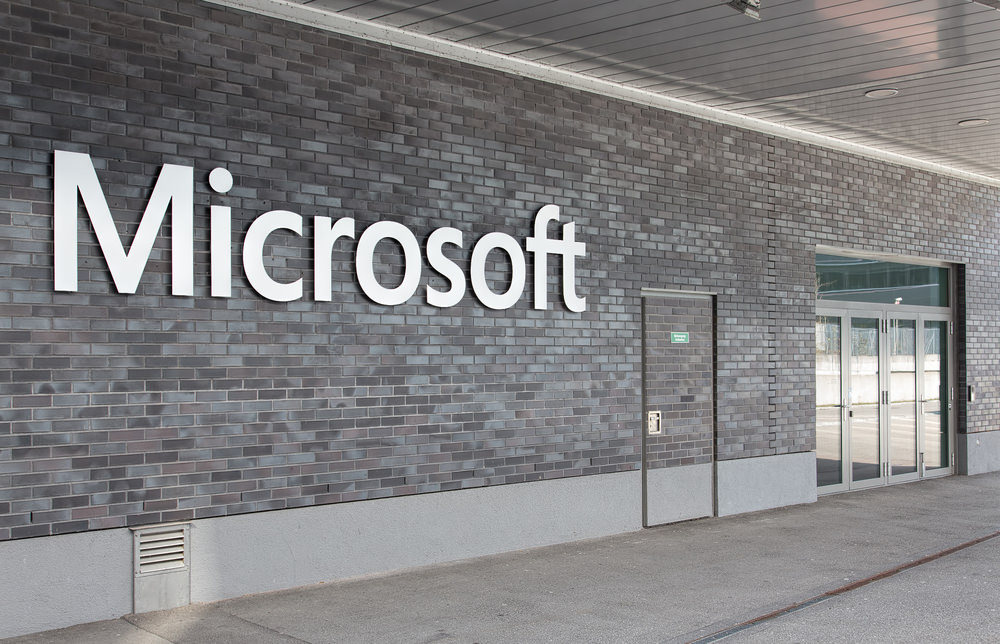 Microsoft’s Windows reboot has consistently made the headlines since it was announced back in 2014. Not all of it has been positive.

Windows 10 is only a couple of weeks old, but its developers have come under a barrage of criticism after some serious concerns were raised over the software’s privacy.

Released at the end of July, Windows 10 has been met with widespread positivity. A marked improvement on Windows 8 and finally a reason to abandon Windows 7, the new OS received a thumbs up from myself, and my encouraging words have mirrored the tech-review spectrum as a whole. The general praise heading the way of Windows 10 has been somewhat tarnished however, by revelations surrounding how Microsoft will deal with the personal data of those using the operating system. 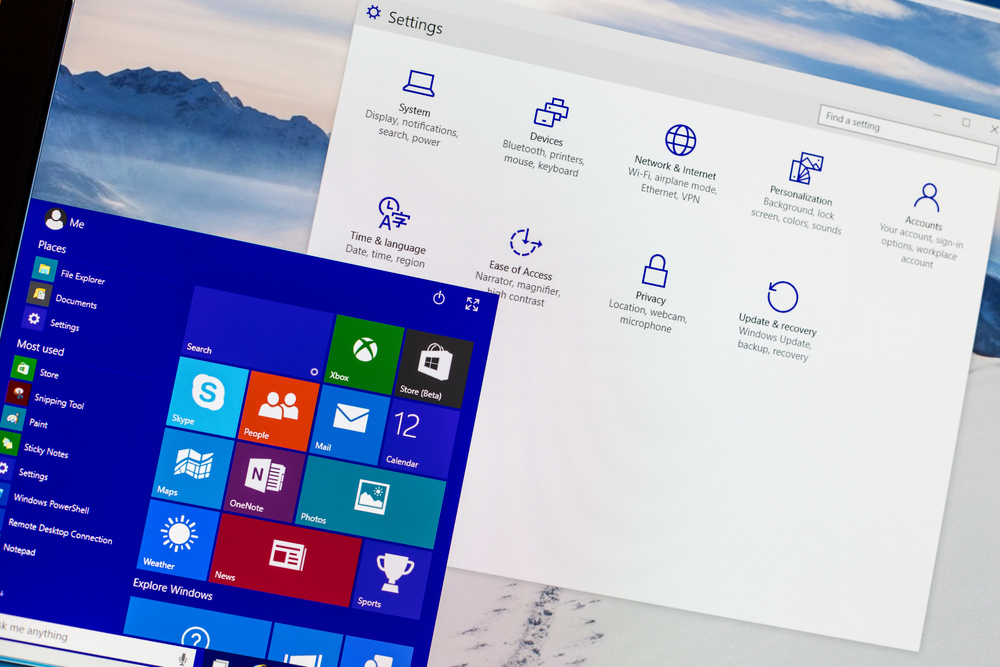 So, what’s all the fuss about? Well, remember when Microsoft officially unveiled Windows 10, and they were like “Hey look, it’s free! So why not?” As is often the case however, the compromise will be a little more serious than just your hard earned cash. Microsoft have craftily inserted a few vague clauses into their privacy policy small print (and who reads privacy policies?), essentially allowing them to snoop in on your PC and have rummage through your laundry.

The most central concern is Microsoft’s devious plan to increase their access to your data. Amongst the privacy policy for Windows 10, Microsoft have cunningly entered the following paragraph:

“We will access, disclose and preserve personal data, including your content (such as the content of your emails, other private communications or files in private folders), when we have a good faith belief that doing so is necessary to…protect our customers or enforce the terms governing the use of the services.”

Essentially then, Microsoft have given themselves the right to access the content of your emails, folders and many other communication methods on your system. Attempts are made to throw you off the scent, claiming that any data would be accessed in the name of fraud protection or government requests. But when vague statements such as “good faith” are being made by a tech conglomerate with their hands on millions of people’s personal data, you’d be foolish to assume there is no ulterior motive.

Far from ending at this fairly colossal start point, the list of potential privacy infringements goes on. Cortana is a wonderful addition in Windows 10, and far outstrips its A.I rivals Siri and Google Now. Having your own personal assistant is great, but Microsoft conveniently leave the bits stripped straight from 1984. 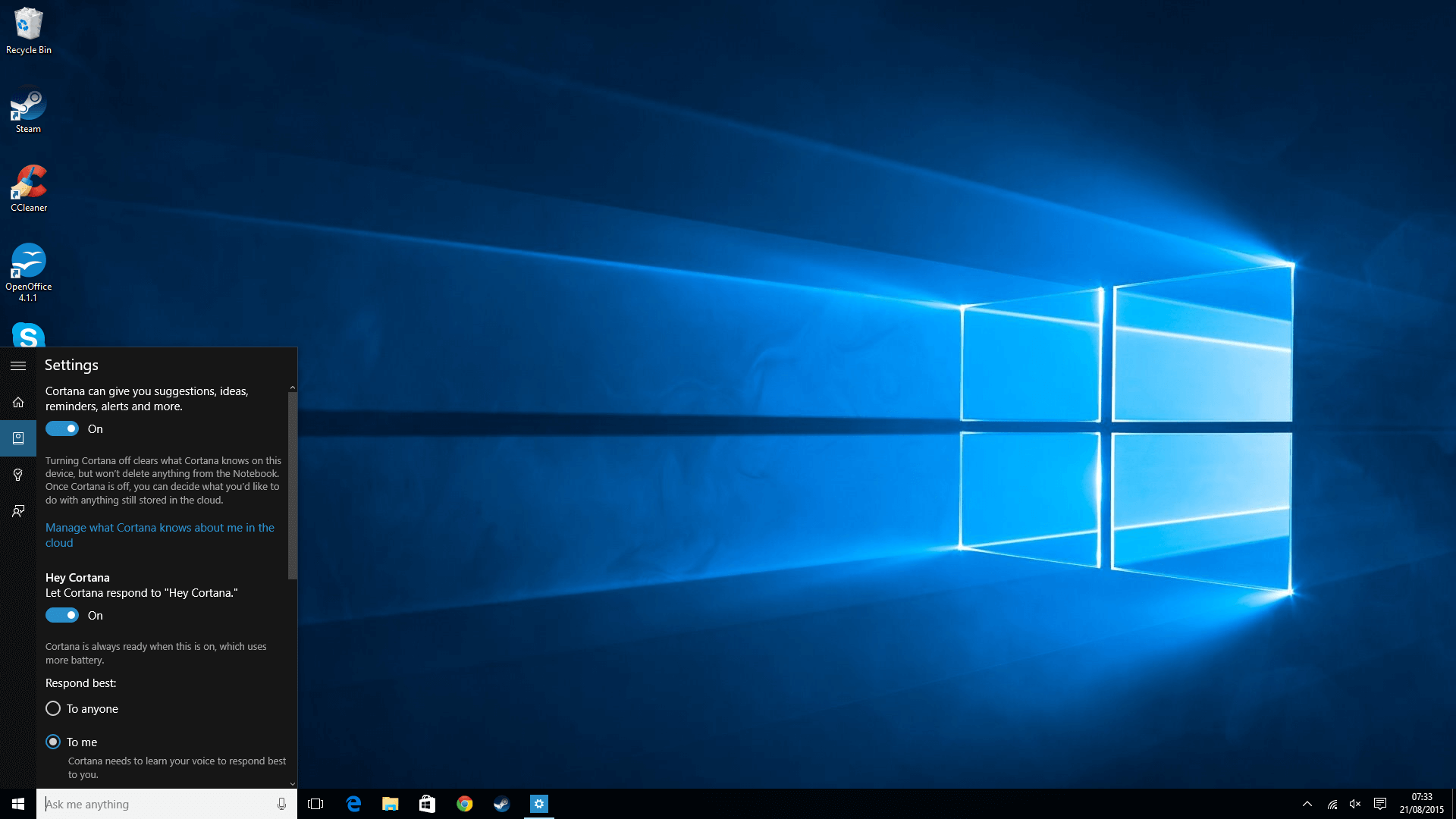 “To enable Cortana to provide personalised experiences and relevant suggestions, Microsoft collects and uses various types of data, such as your device location, data from your calendar, the apps you use, data from your emails and text messages, who you call, your contacts and how often you interact with them on your device.”

In order for Cortana to operate, the system listens to your voice and sends that data off into their servers. To improve the service, Cortana scans through your emails, locations, apps and data, intent on finding out more about you. Similarly, Cortana collects data on your voice in order to improve the quality of its speech recognition. Compounding fears over Cortana’s stalkerish nature, this will transfer over to the upcoming release of Windows 10 on mobile, when Cortana is likely to peek over your shoulder at text messages and alike.

What many onlookers have been most frustrated by is the way Microsoft have assumed you’ll be ok with all these intrusive goings-on. Many of the questionable features in Windows 10 are switched on as a default, leaving a lot of users blissfully unaware of the potential dangers. One of which is account syncing. Every time you log onto Windows 10 using a Microsoft account, it will automatically sync various settings such as web browser history, favourites and Wi-Fi networks and passwords, to a Windows server. The advantages of such a process? You can log into other Windows 10 PCs with the same account, and these settings will already be in the place. Worth it? If you think not, you can switch it off in the Accounts tab of your settings (under “Sync your settings”). 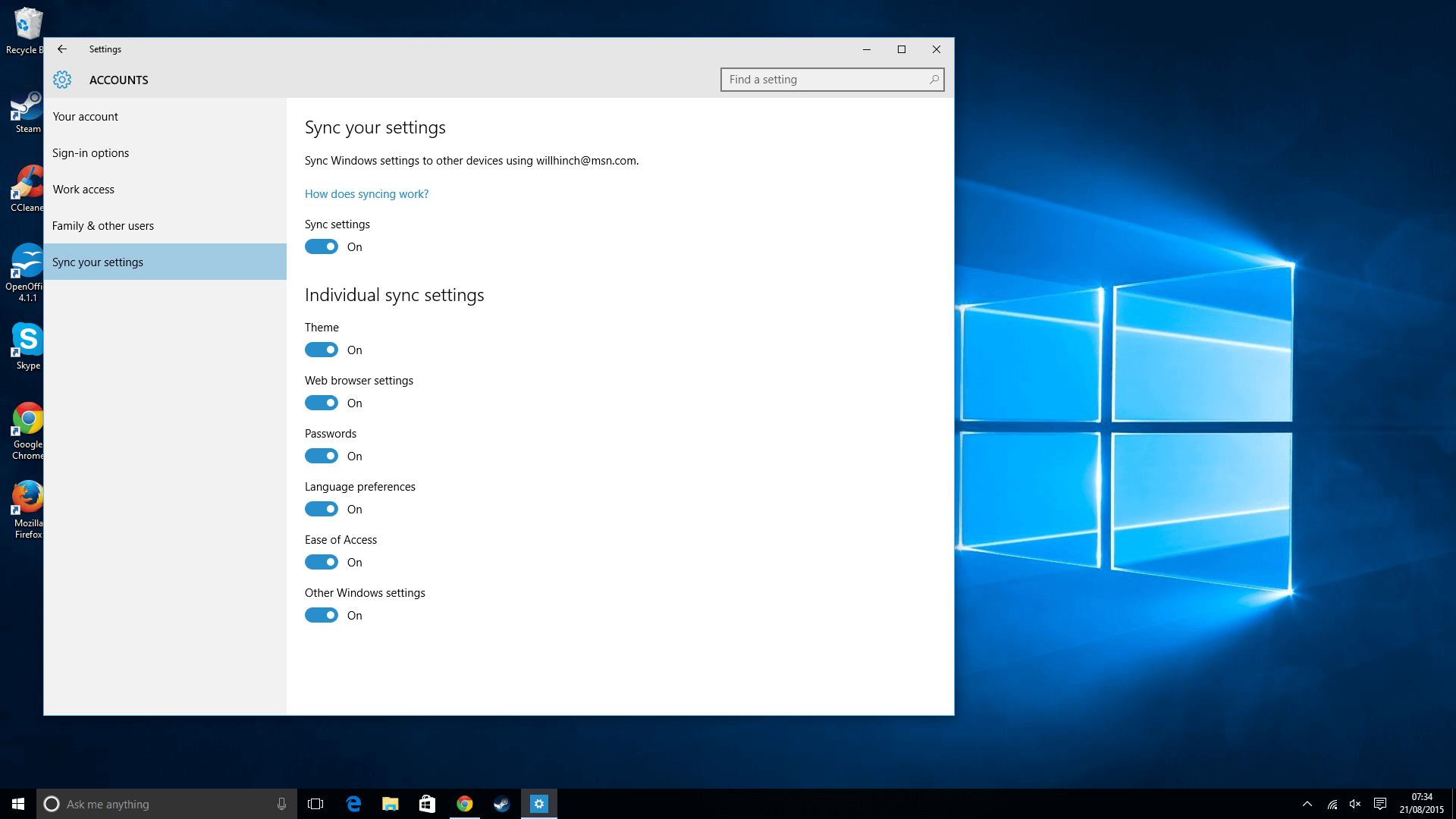 There are a couple of other similarly dubious settings you might want to consider switching off. “Advertising ID” is a feature that allows app developers and advertising agencies to carve up your data, create a profile and target you for ads. The image below highlights where that can be switched off. 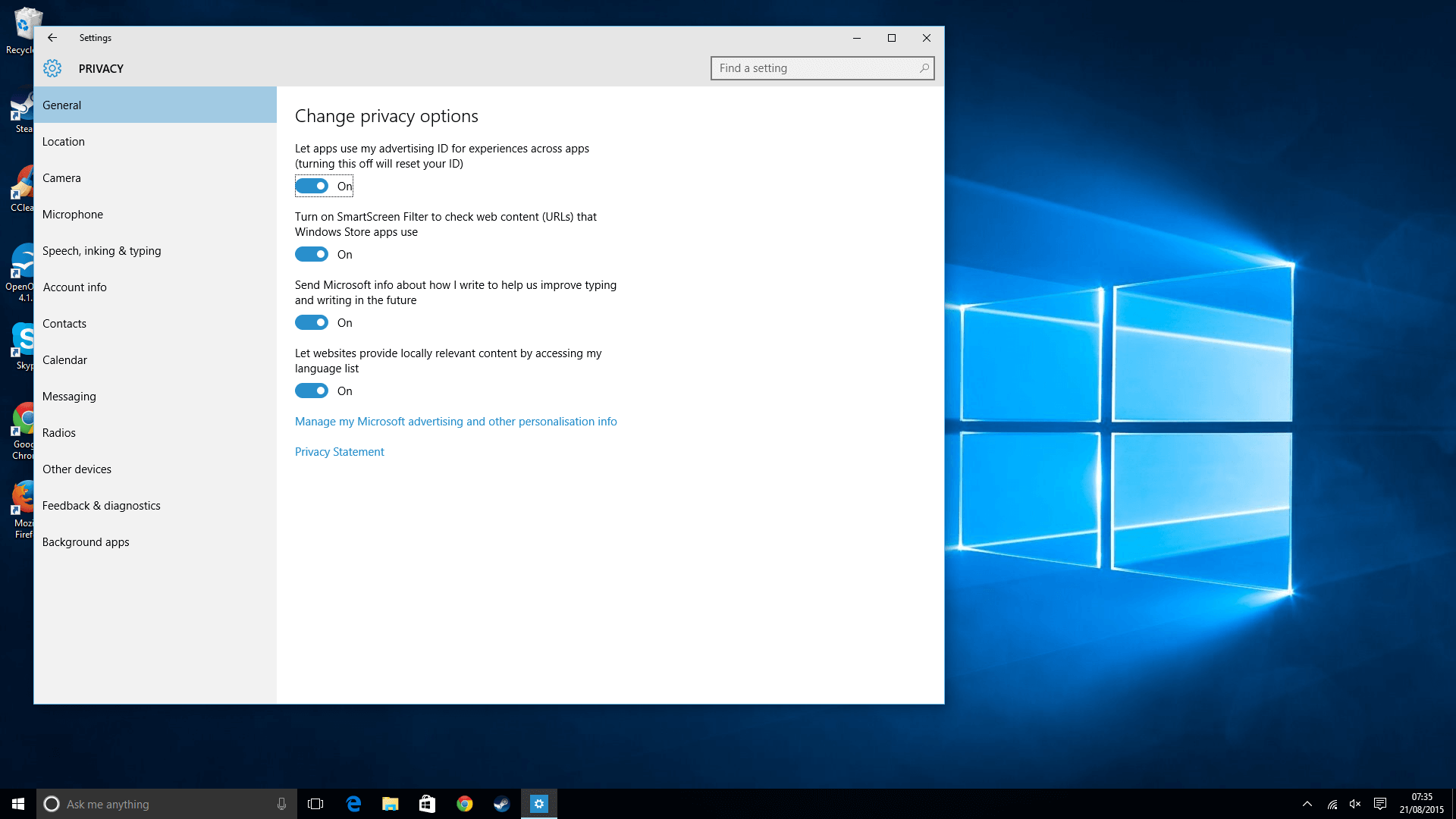 One final issue, Wi-Fi Sense. Initially, the internet was up in arms about the feature, which allows you to automatically log into a friend’s Wi-Fi network without ever explicitly entering the password. Essentially, you can share your Wi-Fi network with contacts via Outlook, Skype or Facebook, and when they enter that network, it will connect automatically. Thankfully, the initial furore was a little exaggerated. Only you can choose who connects to your network, and your friends are not then able to pass that information on. Plus, your password is encrypted as it’s passed across. Ultimately, you remain in control, but you can still switch it off if you choose (details of how to do so below). 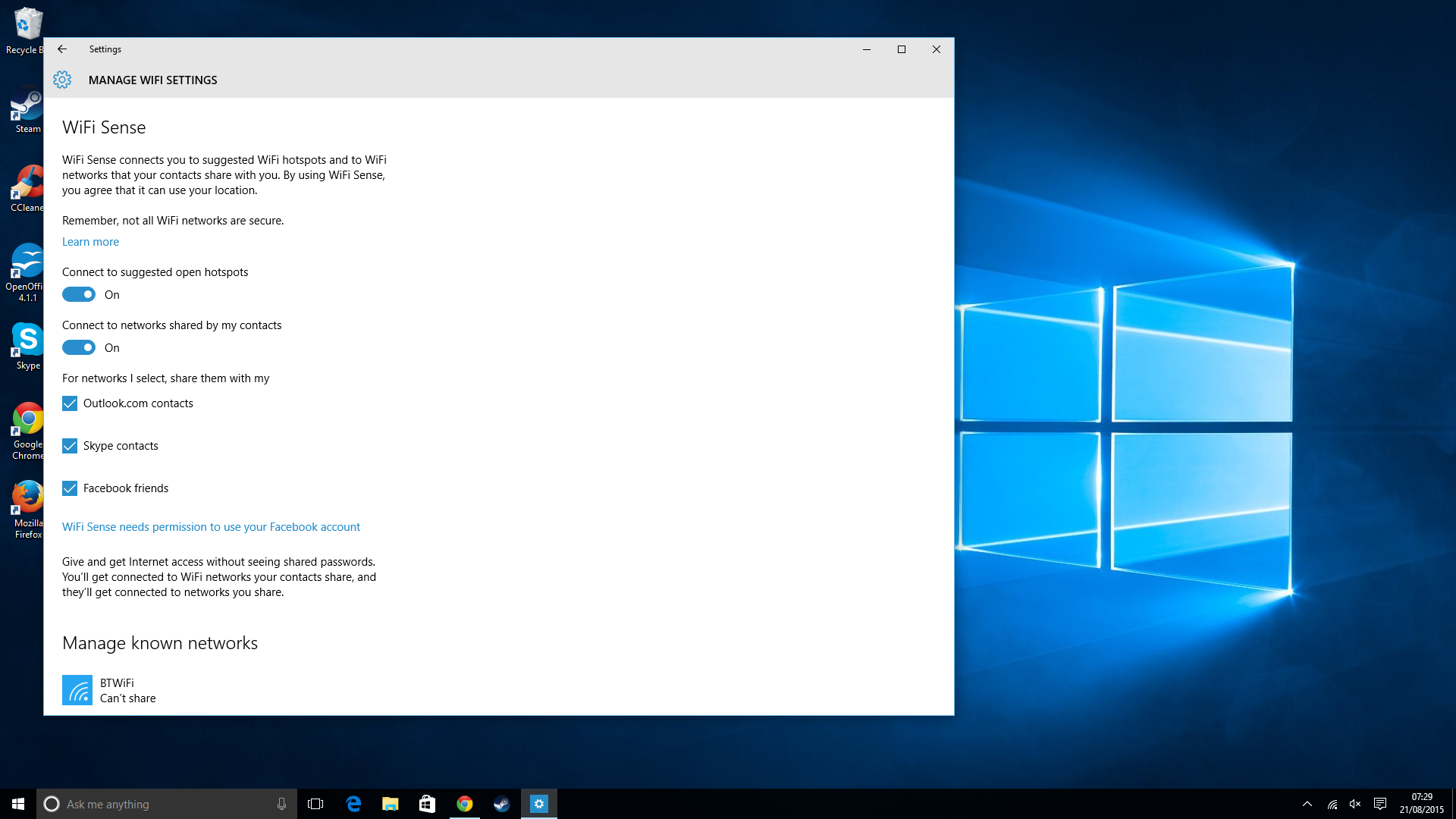 Microsoft have adopted a modern approach to monetising Windows 10. Let’s be honest, we all love free. It will certainly have intrigued the majority of Windows nay-sayers, and was a large part of their attempts to shift people over from Windows 7. It’s the way that a number of large corporations sell their products. You enjoy their services or content for free, but in exchange they turn your data into a saleable asset. It’s a method we’ve touched upon briefly before, but thankfully you can duck out in Windows 10 if you so choose.

What are your views on the way Microsoft have monetised Windows 10? Will it make you think twice before using these features, or are you happy to trade-in a bit of privacy to keep the software free?

Let us know in the comments below.